Celebrity chef Cat Cora is speaking out about the details of her divorce. The Iron Chef star says her ex-wife 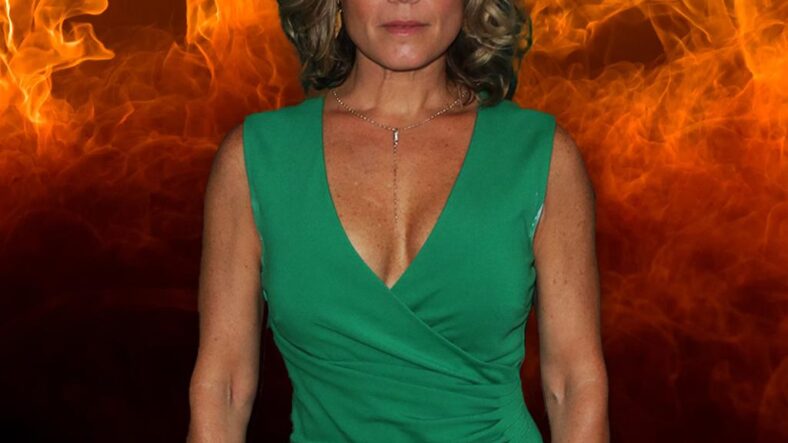 Celebrity chef Cat Cora is speaking out about the details of her divorce. The Iron Chef star says her ex-wife Jennifer Cora is stalking her and doing everything in her power to make Cora’s life, “a living hell.”

Jennifer and Cat were together for 17 years. The couple married in 2013, and they have 4 children together. In 2015, Cat filed for divorce, which began what she refers to as Jennifer wanting to destroy her life, “at all costs.”

Cat spoke with PageSix, saying, “‘[it’s] a nightmare that I can’t wake up from. It’s cyber-stalking, mental and emotional distress and abuse,’ she said, amplifying claims from court documents.”

The divorce was finalized in 2016, and in 2018 Cat re-married to record executive Nicole Ehrlich, who has two children of her own.

A Restraining Order is Filed

In Early September, Cat filed for a restraining order against Jennifer. Ehrlich soon followed suit. Cat and Ehrlich accuse Jennifer of cornering them in public spaces, and making scenes wherever she finds them in public. According to PageSix, “In Cat’s restraining order petition, a scene is described from the middle of 2017 when their two youngest sons were playing baseball and Jennifer caused a scene by cornering Nicole.

‘Her parents witnessed it, ALL 6 kids saw or heard her cornering Nicole….Jennifer got up in Nicole’s face, it was pretty shocking,’ the document reads.

‘She’s such an uncooperative co-parent,’ Cat alleged. ‘For instance she’s taken me to court fifteen times in four years and has basically bankrupted me by having to defend myself.’

In the restraining order petition, Cat wrote that the final straw was an incident in August when she was at home with Ehrlich and their six children and a ‘strange man’ allegedly trespassed on their property and approached a window while shouting.

‘I didn’t know if we were being robbed, going to be killed, if he was trying to get into our house, I had no idea who this stranger was,’ she wrote in the petition.

Ehrlich allegedly ran after him, and neighbors, hearing the commotion, surrounded him until police arrived. He was serving papers, but Cat claims he never rang the front doorbell and instead ‘criminally trespassed and didn’t leave when we told [him] to stand off our property until the police [came] … The police told us that we absolutely should file a restraining order against Jennifer Cora.’”

Domestic Violence Can be Perpetrated by Women too

As Cat and Jennifer’s post-marital strife becomes public knowledge, it helps highlight an oft-ignored reality; domestic violence isn’t just perpetrated by men against women. In recent years, discussions on domestic violence have grown to include the reality that women can be domestic abusers too. Both against other women, and against men. It used to be hard to obtain a restraining order against a woman for domestic violence, but that has become easier over time as the dialogue has grown. We hope Jennifer receives counseling to make her a better co-parent and less toxic ex, and we hope Cat stays safe. It’s a volatile and frightening situation, especially with children involved, and we wish Cat and Ehrlich the best in trying to move forward.