Cecilia S. Johnson, the author of the forthcoming book The Life of the Party: Memoirs of The Hood Conservative, is, 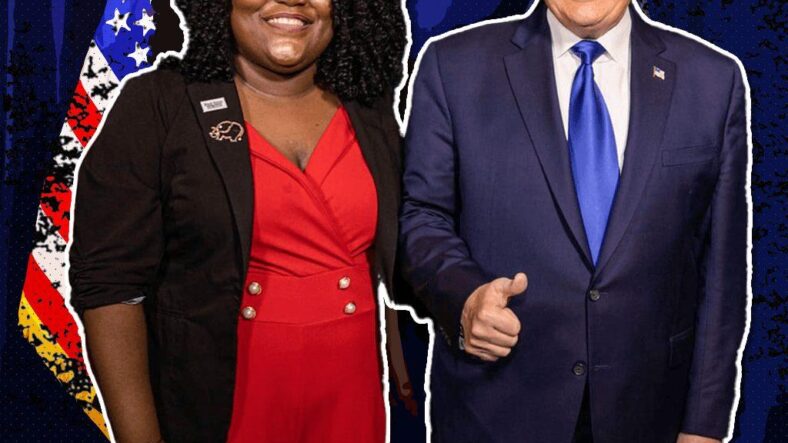 Cecilia S. Johnson, the author of the forthcoming book The Life of the Party: Memoirs of The Hood Conservative, is, without a doubt, someone many would view as controversial. This is because she has not held back her opinions in terms of her support of President Donald Trump. More than just supporting him, she also serves as an advisory board member on Black Voices for Trump (which is billed as “The Official Black Voices Coalition of Donald J. Trump for President, Inc.). With everything going on in the world surrounding George Floyd and the Black Lives Matter protests, there seemed no time like the present to see if she would be open to talking about the current world’s events as well as her unwavering support of our 45th President.

Cecilia began by explaining why there is so much controversy around African-Americans supporting Trump.

“I think there is a lot of controversy around Black people supporting President Trump for 2 reasons,” she began with sharing. “One- Since the 1950’s, the Republican party hasn’t seen double-digit support from the black community. 90-95% of the black community vote Democrat in state and general elections. Hispanics have much more diverse support with about 30% of them voting Republican.”

“Two,” she continued explaining, “the media has really focused a lot on effort on painting the picture of the president being racist and lacking Black support when that couldn’t be further from the truth. In 2016, he received at least 8% of the black vote – more than both Mitt Romney and John McCain. As an advisory board member of Black Voices for Trump, I can tell you first hand that Black support for him grows every day and this isn’t merely a campaign talking point. A recent Rasmussen poll showed his support from the Black community at 40% and an NAACP poll placed that at 30% last year. The left sees that they are losing Black voters more and more each day and they are doing everything they can to keep them including pushing a false and failing narrative.”

We then turned to the very present topic of George Floyd and Black Lives Matter.

“Watching that video was perhaps one of the hardest things I have seen since witnessing the death of my 3-year-old daughter 5 years ago after being run over by a car,” Cecilia began with sharing with us about her thoughts on George Floyd’s horrific murder at the hands of a cop kneeling on his neck. “I couldn’t even watch the entire video. It was absolutely horrible and justice must be served.”

However, while many on the left side have criticized Trump’s response to the George Floyd incident, Cecilia is not amongst the critics.

“After learning about what happened, I commended the President for immediately condemning his murder and vocally supporting seeking justice for George Floyd,” she told us. “He has also asked the Department of Justice to expedite the investigation into the murder of George Floyd. The DOJ has also deemed this a top priority.”

“I fully agree that black lives matter from the womb to the tomb,” she went on to explain to us when asked for her thoughts on the Black Lives Matter movement. “I do believe that there are many changes that need to be made to not only ensure that justice is served, but that Black Americans are allowed an equal playing field to prosper in this country.”

While Cecilia supports the fundamental concept of black lives mattering- something that, frankly, any human being should be ashamed to not support- she did explain that how feels the Democrats are using the Black Lives Matter Movement and George Floyd to gain political ground.

Specifically, she stated that “I absolutely believe that Democrats are using this as a tool to hold on to the Black vote. The level of pandering is unbelievable. The display that they put on in the Democrats donning Ghanaian kente cloth before kneeling on the floor of the U.S. Capitol was cultural appropriation at its finest.”

“They’re doing everything they can to prove they are down with us aside from passing legislation that will allow for more of an environment for Black people to thrive,” she added.

Then the topic of non-African-Americans participating heavily in the Black Lives Matter protests then arose. We asked Cecilia if she thought they were jumping on a bandwagon to appear not racist or if she felt this was a cause they have always been drawn to but now have widespread protests to attend/join in on.

“I think that while some of the non-blacks participating in the protests are doing so to support,” she explained, “there have been many documented instances where they have proven otherwise. I do believe for some, this is the protest version of ‘I can’t be racists because I have a black friend.’ Whether this has been widespread or not, people could and should have been vocal about these injustices prior to this particular situation.”

“It’s hard to tell at this point but we have seen protests and marches before and you see the same cycle,” Cecilia then told us on if she thinks the protests will actually have an impact/create change. “Black injustice>protests>riots> white run, owned, and operated companies supposedly outraged all while lack Black representation at the executive levels or on boards>Democrats pretend to care and feign compassion yet don’t do any real legislatives change, etc. We as a people need to be seeking tangibles not symbolism. That’s where we fail every time.”

“We can’t keep settling for a few people getting fired or Democratic Confederate soldier statues being torn down which I am not opposed to,’ she continued. “We can’t see that these things don’t really do anything. Where does that get us? How many of us are lifted out of poverty because of that? How many less police killings happen due to that? How many Black students will now receive a quality education equal to that of their white counterparts? We need to be fighting for tangible things that will solve the root of these problems.”

We then broached the subject of the rioting/looting. Specifically, we were curious to know Cecilia’s opinion on some pointing to evidence that the rioting/looting is acceptable because Dr. Martin Luther King Jr. protested peacefully but was still assassinated by a white man, so the rioting/looting would help to be louder and garner more attention on how things need to change.

To this, Cecilia stated that “Being loud and rioting are 2 very different things. So many black-owned businesses have been destroyed by this and you think that’s what Dr. King preached? Black-owned businesses won’t be able to survive this and this accomplishes our goal how? If our problem is with the police, why aren’t you there instead? That would make more sense since that’s who we claim to be at war with.”

Stay tuned for part 2 of our interview with Cecilia where we talk about Blexit, Candace Owens, Trump’s coronavirus pandemic response, and more.