Making a successful podcast – or several – is about more than having an intriguing concept. It’s about having a 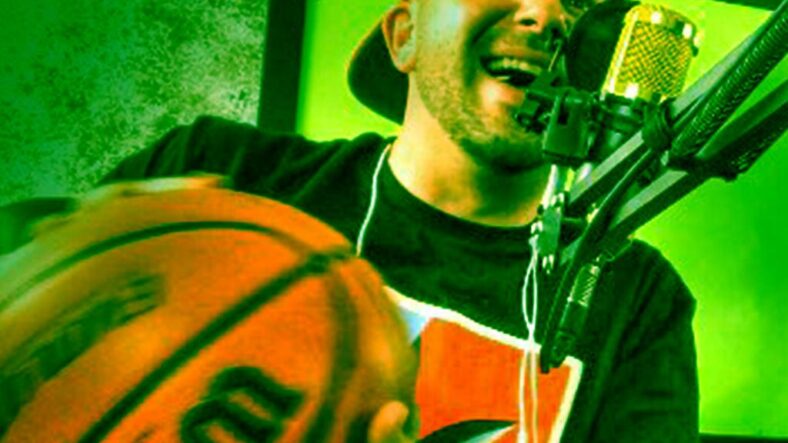 Making a successful podcast – or several – is about more than having an intriguing concept. It’s about having a team that is capable of bringing an idea to fruition and creating magic. The podcast space is competitive and packed with people who are trying to capture an audience, but few can do it well. CELEB‘s director of podcasting, Ian Rice, is one of those people capable of turning a concept into a product that brings people back again and again. Now that the CELEB brand is offering more podcasts, we wanted to sit down with Rice and find out about the man behind the magic.

The Road to CELEB 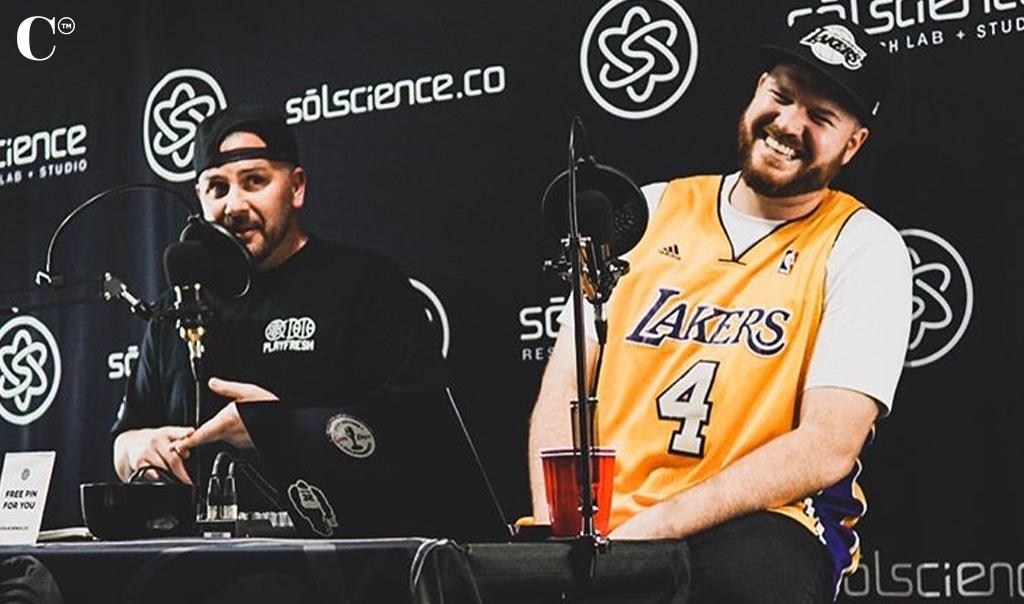 Rice’s path to CELEB started years ago. “Nik [Richie] and I, we’ve been friends for over a decade now. I was really good friends with his younger brother Cameron, and I became almost part of the family at one point. He knew that I’ve had a podcast for a long time, and we’ve been talking about setting something up for CELEB for the past two years; and then COVID hit and everything came to a standstill. I was in the right place with my podcast when Nik came to me with this opportunity, and I had the time. And I have a really good co-host, Andrew, who is a great sound guy and editor. I wanted to bring us all together do make this happen, and we have.”

That co-host Rice is talking about is the Drew half of their podcast, “Follow Through with Clipps and Drew.” Rice explains, “I’m really entwined with the basketball community. I’ve been around the game for over 20 years, and I have a lot of friends in the industry. So when we first started doing the podcast, we were doing it in a studio called Gold Net Basketball. They were helping with the editing and social media and stuff. But after about episode four, Drew and I looked at each other and decided we could do it ourselves. Drew stepped up and taught himself editing, and I handle all of our social media. That’s what I’m really good at; creating content and engaging with our listeners while Drew has taken a liking to the technical side of things. So it works out really well, and we’re a two-man team when it comes to our show and I trust him a lot. So bringing him to CELEB was a lot easier than trying to find someone new; we both know our roles as far as the podcast world goes.”

But how does one get into the podcast industry, especially with your roots in sports? It’s not as far-fetched as one might think; podcasting has deep connection with sports, and basketball in particular. Rice explains, “I used to make videos of myself playing basketball, I was one of the first to be making these short little mixtape videos at the gym. I’m a street ball player. So I was doing this flashy stuff and gained a following, and it was easy to kinda go viral from there. I was getting millions of views on some of my videos. But I knew I was getting older and I had to find a pivot; you can’t be going out and playing basketball against these 20-year-olds trying to make them look bad your whole life. I had such a good relationship with NBA players, current and former, I had my own little piece in this space. I had always dreamed of going to NYC to play street ball because that’s kind of the mecca for the sport. So I went and played in Harlem, and the videos did great. On my way home, I was reading a book from Gary Vee called Crush It.“ 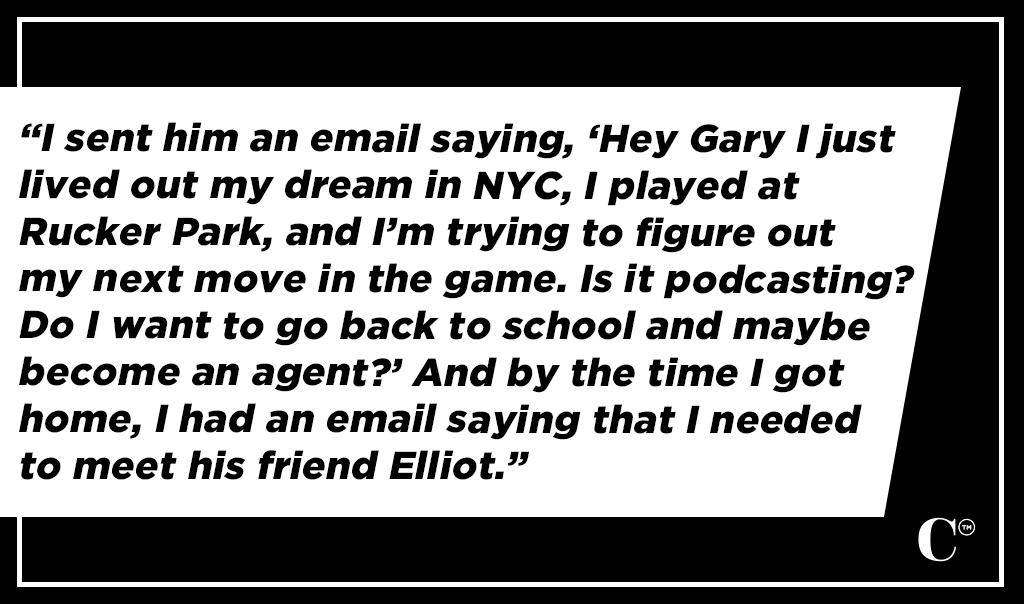 At the end of the book, Vee had included his email and Rice’s decision to reach out would be a game-changer. “I sent him an email saying, ‘Hey Gary I just lived out my dream in NYC, I played at Rucker Park, and I’m trying to figure out my next move in the game. Is it podcasting? Do I want to go back to school and maybe become an agent?’ And by the time I got home, I had an email saying that I needed to meet his friend Elliot. Elliot runs the biggest social media pages on basketball, Dunk and Hoops Nation. We became friends and we had this long conversation about turning your passion into something bigger than basketball.”

Rice says that something like 96% of all podcasts never get past episode three because people get frustrated at the pace of growth. “But we knew we’d be in this for the long haul. And now we’re at the point where we’re in the top 1% of all podcasts in the world because we stay diligent with our social media and we stay consistent with putting out podcasts every week. Sometimes two a week, and also surviving the COVID era as entertainers. I told Drew when COVID hit that this would be sink or swim season, and buckled down and took some classes on social media to get better at what we do.”

And what they do is work hard; it’s not easy making it big in podcasting. But what does Rice have in mind for CELEB‘s podcasting future? “I have a lot of ideas. Nik has a really good thing going with Richie Rides; there’s so much value in the conversations Nik has with these celebrities and employees. People have a lot to say on how to get to where they’re at in life. So we want to do something like that. We also want to keep going with Girl Dad because there’s a lot of value in that. What Press is doing is something new; something that isn’t being done right now. If you listen to kids’ podcasts, it’s normally either kids telling stories or answering questions. With Nik and Press, it’s showing the relationship they have. The relationship that fathers and daughters have, it’s challenging in 2021 even getting your kid’s attention.  With this, it’s something special between Nik and Press, and I think a lot of value can come from sharing this, for dads and moms and kids listening to the show.”

The Future of Podcasting 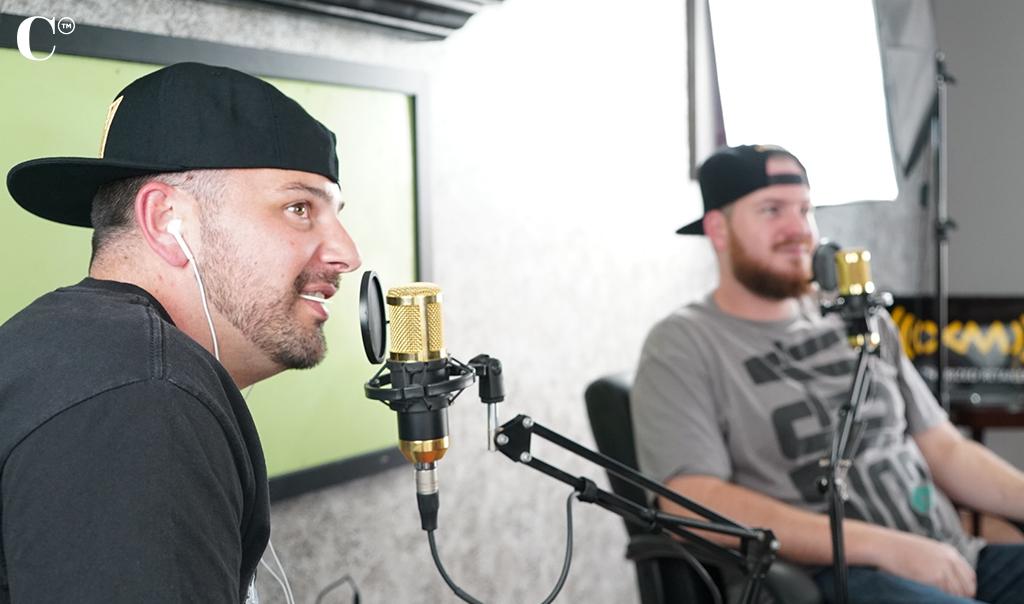 CELEB aside, Rice has thoughts on the future of podcasting as an industry as well. “I don’t think we’ve even scratched the surface. I think people are now finally catching on. Even me, a guy who’s been in the social media space for the last decade.” Making a podcast is about giving people your time; something Rice calls the most valuable gift you can give someone.

“One of the things Gary said in his book was that if you’re passionate about teddy bears, or fishing lures or whatever your thing is, there’s a demographic for you. There are people just like you that love teddy bears and fishing lures, and they’ll listen to you. So I think people should be a little more vulnerable and put themselves out there. If they have something interesting to say, people will listen. Having a huge social media presence is a lot of work, but that’s what’s so cool about 2021 – the platforms are all there. Whether it’s YouTube, or podcasting, or SoundCloud; anyone can become an influence, if they really put their time into it and they have value in what they’re saying and putting out to the public.”

Rice has done a little bit of everything; from being a ball boy for the Clippers for 10 years to being in the restaurant industry, and CELEB is lucky to have his creativity and drive behind the podcasts Richie is bringing to life. “I’m really excited for the future and everything that’s coming from this. Nik is a very ambitious guy, and his ideas seem to pan out well every time. That’s why I was drawn to this opportunity.”

Rice has some advice to give to people starting out on their podcast journey; “I have a slogan that I like to live by; passion is priceless. Be passionate about the project you’re doing; passionate about anything you’re doing. And with passion will come the people. People can feel your passion through the microphone or YouTube or whatever, and they latch on to that. So be passionate, be patient, and be consistent. People will follow you. Keep putting out content consistently, stay true to yourself, and be passionate.”

With Rice behind the scenes of Richie Rides, Girl Dad, Richie Rich and other CELEB podcast ventures, the future is looking bright indeed.

To watch CELEB‘s exclusive video series, download the CELEB app from GooglePlay and Apple app stores. Podcasts like Girl Dad are also available through the app.