This may come as a shock, but did you know that Annie LeBlanc’s real name is Julianna Grace LeBlanc? Yep, 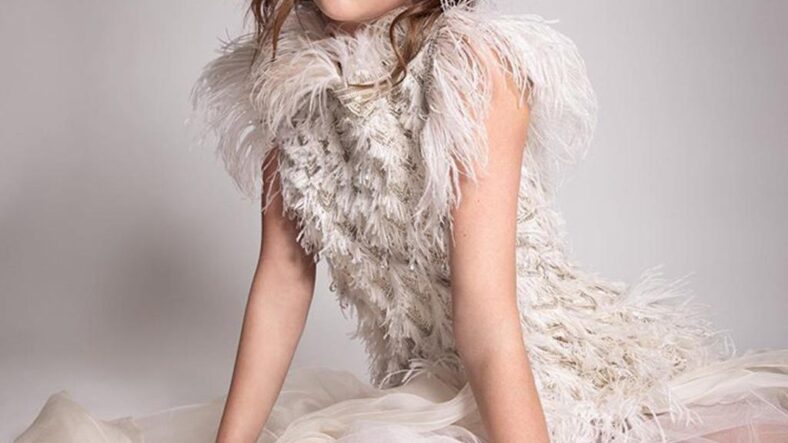 This may come as a shock, but did you know that Annie LeBlanc’s real name is Julianna Grace LeBlanc? Yep, Annie was just a nickname, and now, she’s decided she wants to be called Jules from now on.

“My real name is Julianna, so I’m starting to go by Jules,” the singer announced during an Instagram Live. “I changed my TikTok, and surprisingly, a lot of people liked it, and I was not ready for it. I feel like for some reason people are mad that I’m doing it. I’m going to keep my Annie LeBlanc, because not everybody who knows who I am just automatically will know that I’m going by Jules. I don’t really know how to tell everybody, but the next step for me is to change my Instagram, but I’m nervous because I want you guys to like it. I’m really nervous because I want to go by Jules, but It’s going to be a hard switch.”

Wow, who knew that Annie was not her real first name?! And it turns out, she’s not the only star to use a fake name. Here’s all the other celebrities who you’ll be shocked to learn use a stage name… 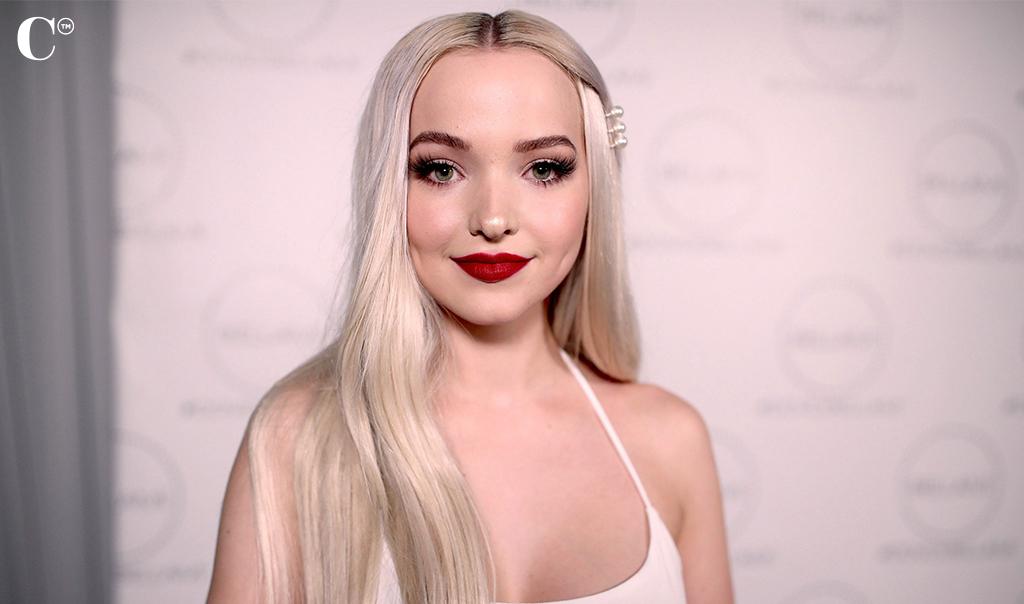 Cameron’s real name is actually Chloe Celeste Hosterman! She explained during an interview with StyleWatch, ““I’m super open about it. So basically, Chloe is my birth name. It’s on my birth certificate, but my dad always called me Dove – as like a nickname. He called my sister Flower, and he called me Dove – more than he ever called me Chloe. And like Dovey, Dovely, Dove-Love. Like that was just his nickname. You know, like some dads call their daughters Sugar Pie or something. But mine just sounded a lot more like a name than a lot of them. It’s not like my sister was gonna go by Flower. You know what I mean? And he actually – he passed away when I was 15, and I decided to legally change it. So it’s on my passport – everything legal is Dove.”

The Nickelodeon star revealed that her real name is Joelle Joanie Siwa during a YouTube video posted in 2016 called “Getting To Know Me.”

It turns out, Jacob is actually the singer’s middle name, not his first time. His first name is actually Rolf — wow, we had no idea.

“So everyone called me Jacob growing up, and when I was 7 and actually able to understand everyone has a middle name, then I found out it’s Rolf Jacob Sartorius. That’s my dad’s name, so it’s cool because it was passed down the family tree,” he explained to J-14. “It’s not something I ever wanted to hide, I just didn’t think it was a big deal. I just go by Jacob and that’s what I’ve been called, my family calls me that. If you want to call me Rolf, that’s cool I’ve had some people do that and I’m just like okay, I kind of like that, it doesn’t matter.”

No, Fergie is not the former Black Eyed Peas member’s real name. It’s actually Stacy Ann Ferguson, but she had it legally changed to Fergie in 2013.

The Pretty Little Liars star got the nickname Shay in high school, and it just stuck! Her real name is Shannon Ashley Mitchell.

“I love J.Lo — Jennifer Lopez,” Mitchell explained in an interview. “And when I was in high school, people would be like, ‘Shay-Lo,’ and then ‘Shay’ kinda stuck. We dropped ‘Lo,’ because no one can be J.Lo.” 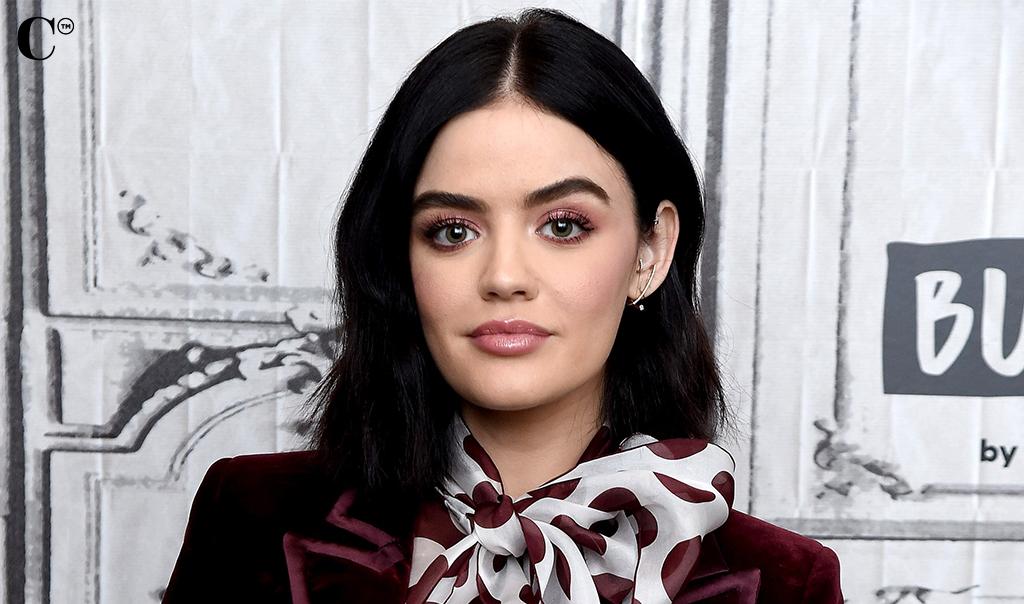 Hale’s birth name is actually Karen Lucille Hale, but her family has called her Lucy since she was young!

Fans may be shocked to learn that the model’s real name is Jelena Noura Hadid.

“My mom was called that as a kid by her mother when she was younger, but only around the house. I was called that around the house when I was really young, kind of like how my mom was called it. In first or second grade, there was a girl named Helena and it got confusing with the teacher who had to call out our names, and so the teacher asked my mom, ‘If I needed to call Jelena a nickname, what would it be?’ And my mom was like, ‘I call her Gigi sometimes,’ and the name stuck,” she once explained in an interview.

“Karla is my first name, Camila is my middle name. Long story short, my family always called me Camila. When I came to school in the United States, I was really, really shy and the teachers started calling me Karla. In my life, I push myself to do a lot of things that make me uncomfortable, and that’s how I started dancing. That’s how I feel like I found myself — through Camila and performance and music, as that confident video vixen. They’re both over-exaggerated personas of me,” Cabello once revealed.

Perry’s official name is Katheryn Elizabeth Hudson, but she decided to go by Katy Perry instead, in an attempt to gain confidence!

“For a long time I didn’t feel like old Katheryn Hudson from Santa Barbara was anything special,” the singer told The Today Show. “You know, I didn’t feel like I was enough, so I had to kind of create this character of myself – and she’s done really well.”

She may be known as Nicki Minaj now, but the rapper’s real name is Onika Tanya Maraj. And it turns out, she changed it because a production company thought it sounded better. She previously explained, “One of the first production deals I signed, the guy wanted my name to be Minaj and I fought him tooth and nail. But he convinced me. I’ve always hated it. My rule is, whatever you were calling me four years ago is what you should be calling me now, because I don’t like it when my family or close friends call me Nicki Minaj. To me I’m not Nicki Minaj when I’m with them.” 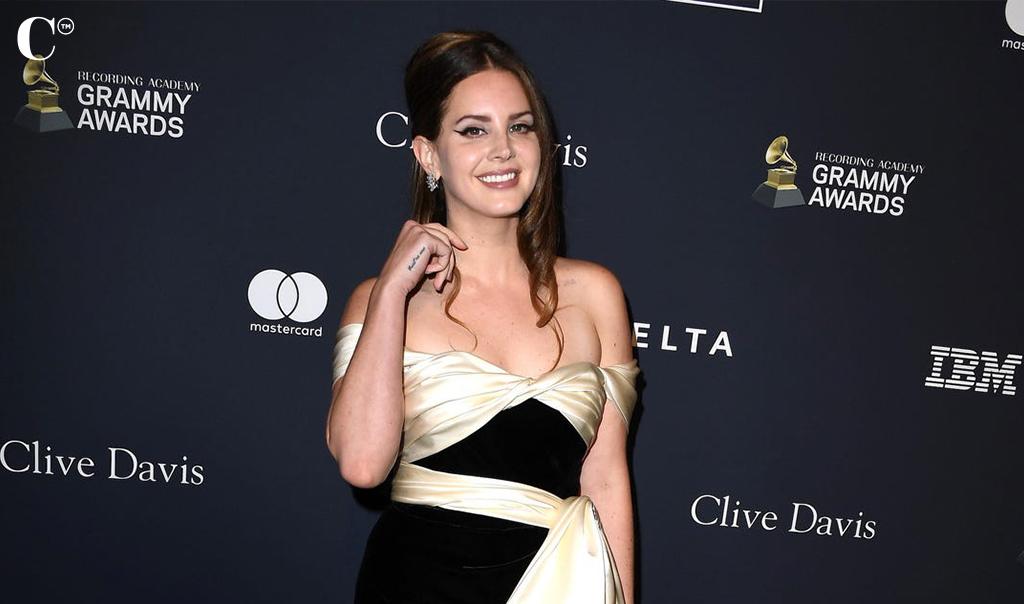 The musician’s official name is Elizabeth Woolridge Grant. And according to In Touch, she decided to change it after she tried to release music under her real name and it didn’t gain much attention!

When Cyrus was born, her parents named her Destiny Hope Cyrus. So where did Miley come from? Well, she said her parents would call her “Smiley” because she was such a happy kid and it eventually turned into Miley! She even got it legally changed in 2008, so now it’s official.

Bruno Mars is a pretty cool name, but it’s not the singer’s real name. It turns out, it’s actually Peter Gene Hernandez.

“Bruno is after Bruno Sammartino, who was this big, fat wrestler. I was this chunky little baby, so my dad used to call me that as a nickname,” he revealed. “Mars came up because a lot of girls say I’m out of this world!”

The Gossip Girl actress’ real name is Blake Ellender Brown. She decided to take her mother’s surname when she stepped into the spotlight!

This may come as a shock, but the DJ’s real name is Adam Richard Wiles.

“My first single was more of a soul track, and I thought Calvin Harris sounded a bit more racially ambiguous,” he previously told ShortList. “I thought people might not know if I was Black or not. After that, I was stuck with it.” 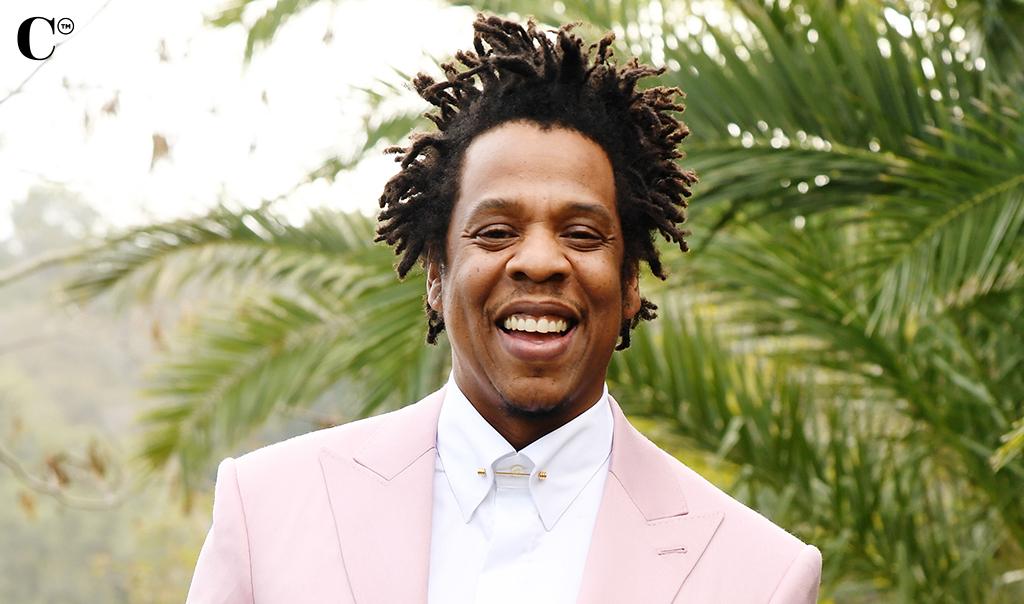 Jay-Z’s real name is Shawn Corey Carter, and it’s said he decided to use Jay-Z as his stage name as a tribute to his mentor and producer, Jaz-O.

“Ever since I was a little kid, I have been really into royals and aristocracy, so to make ‘Lord’ more feminine, I just put an e on the end! Some people think it’s religious, but it’s not,” the singer, whose actual name is Ella Marija Lani Yelich-O’Connor, once said.

The “Take A Bow” songstress’ name is actually Robyn Rihanna Fenty, and get this — she still goes by Robyn with her friends and family!

She may be known as Lady Gaga to the public now, but the singer’s birth name is Stefani Joanne Angelina Germanotta. Music producer Rob Fusari reportedly compared her vocals to Freddie Mercury’s, and would sing “Radio Ga Ga” to her. Then, one day his phone autocorrected it to Lady Gaga, and the rest is history.

Legend’s real name is John Roger Stephens. He said the name John Legend was a nickname his friends would call him, and it just stuck.

“John Legend is a nickname that some friends started calling me, and it kind of grew into my stage name,” the singer explained to MTV. “‘Legend’ is something that I never would have chosen for myself originally. It grew to the point where more people in my circle would know me by that name than by my real name. I had to make a decision. I was just like, ‘You know what? Let’s just go for it. People are going to pay attention, and I’m going to either live up to my name or I’m not.’ My bet was on me trying to live up to the name.” 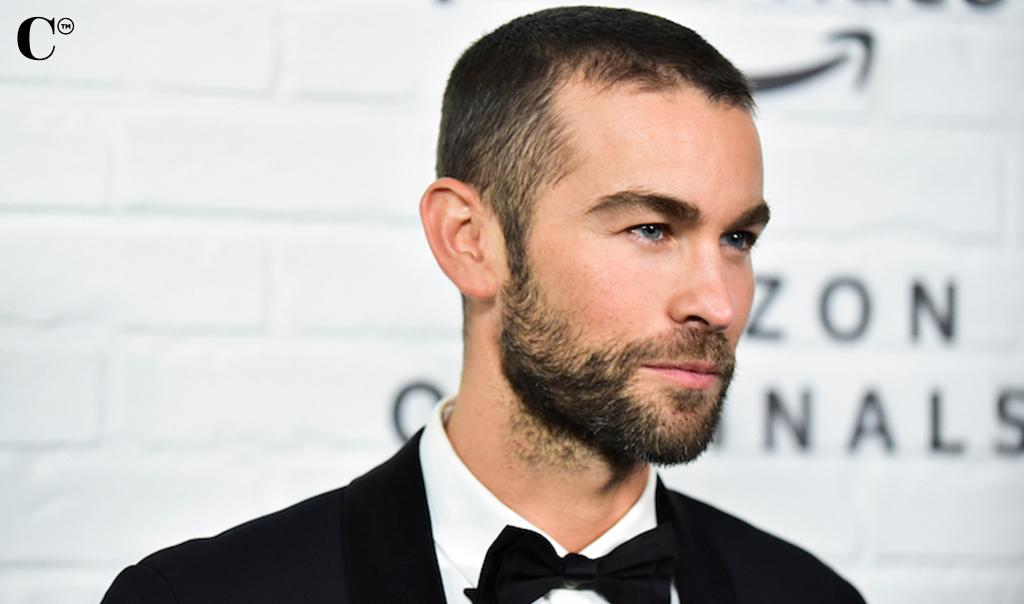 Crawford’s real name is Christopher Chace Crawford! Yep, he goes by his middle name instead of his first name.

It’s kinda obvious that the singer’s name isn’t actually P!nk. It’s Alecia Beth Moore, and her stage name actually came from her old nickname in high school! People would call her “Mr. Pink,” and she decided to keep it.

Chyna, whose real name is Angela Renée White, got her stage name from someone else named Black China! She asked if she could use the name, and then changed it a little to fit her!

The artist’s name is actually Amethyst Amelia Kelly. Get this — she got the name Iggy from her dog!

“I had a dog called Iggy, who I loved very, very much. One time he got bitten by a snake and he couldn’t move his legs, [and later died],” she explained. “I got a name-plate necklace made in his honor. Everybody started to think that my name was Iggy so it kind of became my nickname and I took it on board and started rapping with it.”

Keys’ name is Alicia Augello Cook, but she changed it after her manager had a very interesting dream.

“I was like, ‘Keys? I play the piano keys, and keys unlock doors. Wow, that’s perfect.’ It described me, what I loved to do,” she previously revealed. 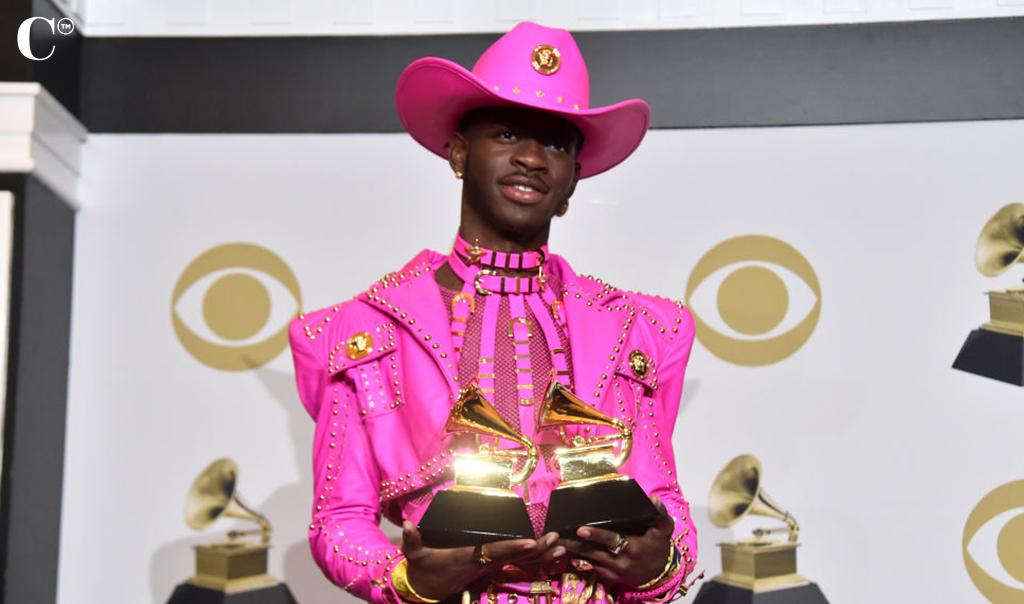 The Weeknd, whose real name is Abel Makkonen Tesfaye, hated his name. That’s why he decided to change it when he became famous.

“I hated my name at the time so I tried [The Weeknd] as a stage name. It sounded cool. I took out the ‘e’ because there was already a Canadian band named the weekend (copyright issues),” the rapper once wrote on Reddit.