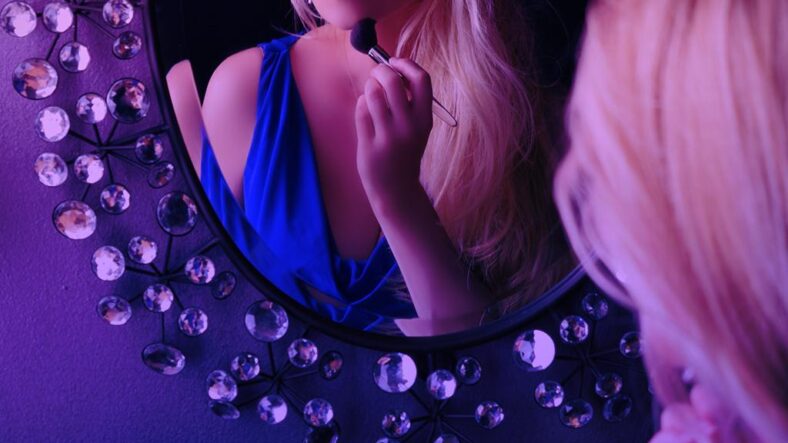 Many of us are spiritual and believe there is a higher power in the universe that guides us and brings peace. And if you say you haven’t thought about setting up an appointment at the psychic shop in your hometown while going through a moment of crisis—then are you even spiritual? Do you believe in the power of psychics and mediums? What if they told you they could free you of your past and illuminate your future? Would you sit down with someone who had the ability to connect with other layers of the universe?

Celebrity psychic Karyn Reece chatted with CELEB about the depth of her abilities, breakthrough moments and her spiritual connections with Hollywood stars. Giving the universe no push back, she took the leap of faith into this career 20 years ago. Reece is rated in the top 1 percent in her field with a 98 percent accuracy and has been trusted by famous names such as Leah Remini and The Real Housewives star Vicki Gunvalson. She has also been featured on networks such as TLC, Discovery, Lifetime, A&E and more. The Buffalo, New York resident is at such a high caliber that she doesn’t use any of the “tools” that other psychics will dabble with during a session—tarot cards, guessing, assumption, etc. She shares that she “relies solely on spirit to guide her, which is how you know when you are dealing with a real psychic.”

The Depth Of It All 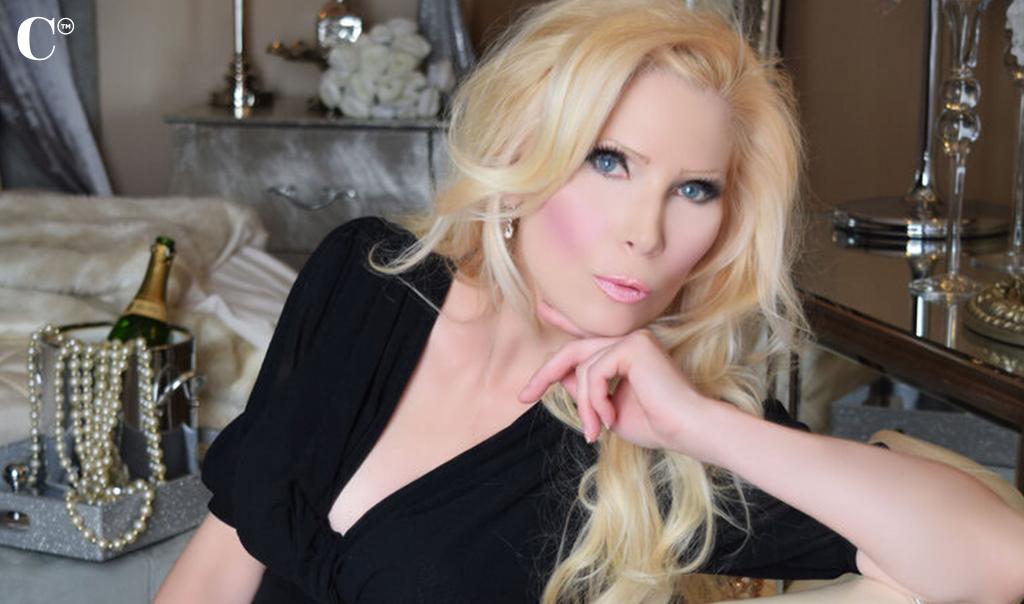 The way that Reece gets her information is similar to watching television. In her frame of reference, she will see different images which she will translate to the individual in front of her for them to connect with. And believing that whatever she is presented with always has a reason, she doesn’t filter out what she sees because the individual needs to hear it.

And as we know, the future is a piece of time that is as close as tomorrow but as far as forever which is why Reece stresses the significance of timing. She says, “There is always a connection to future predictions. It is just about the timing at which it unfolds which is why it is so important to take handwritten notes.”

“I always would see dead people and know about future events, even when I was like two or three years old.” Reece shares a story from her childhood, “I thought it was all normal until I was about seven and then I kept getting this vision of my father dying, and he was in great shape. I saw him laid out in the casket. It was a blue casket. My brother was six at the time. It was six and seven, eleven months apart. And apparently he was getting the same vision.” She says the visions kept occurring, “About three weeks later he dropped dead of a stroke, totally [un]expected. He was an engineer. A great man. Tall, blonde, viking. And was in great shape. He just had a physical but it was just a fluke so… . And then fortunately my grandmother, a few days later, she was babysitting my brother and me. We’re sitting there talking and we’re like grandma you have all these sparkles around you and this great light show going on. That was the first aura I really realized was going on.” This was the moment that her and her brother recognized their similar abilities. And, it all tied together more when her mother shared with them “I buried your father in a blue casket to match his blue eyes.” 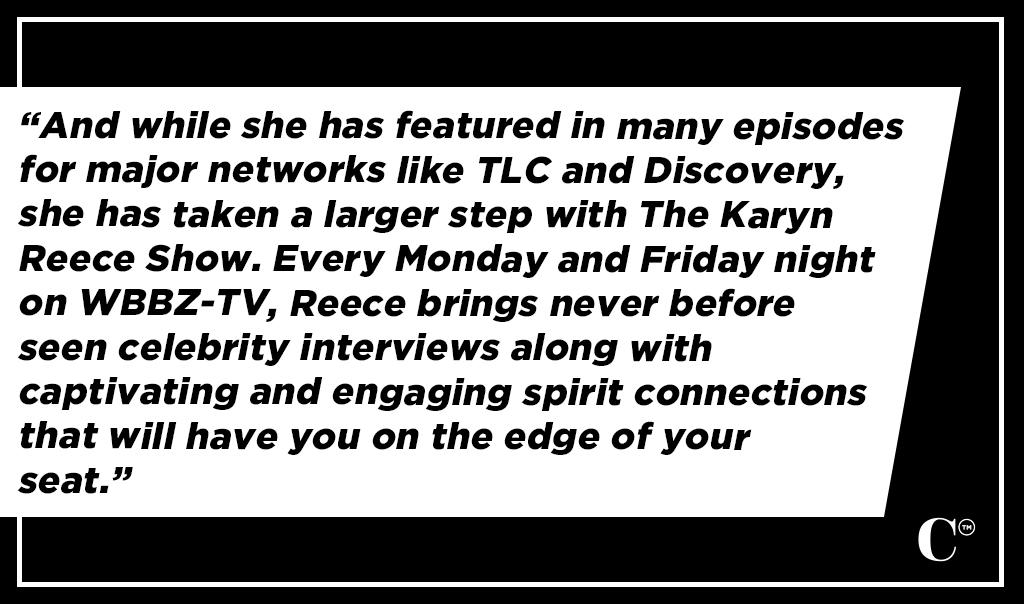 Does this ability help connect with strangers/new people on a deeper level before truly knowing them. “In certain ways I think I can understand them. I can connect with their world,” she says. Reece has connected into the worlds of celebrities, one being Vicki GunvalsonThe Real Housewives franchise. Gunvalson became famous after her debut as an OG housewife and has continued on many endeavors since and recently sat down with Reece for a podcast interview in 2021. Another is the American actress, Leah Rimini. Reece appeared on an episode of her show Leah Remini It’s All Relative where she sat down with Leah’s mother, Vicki Marshall. Reece was able to use her abilities to connect with Marshall in a way that she didn’t expect. She shared words and information from her mother who has passed as well as financial pursuits that she’s been dipping her toes into, giving Rimini chills.

And while she has featured in many episodes for major networks like TLC and Discovery, she has taken a larger step with The Karyn Reece Show. Every Monday and Friday night on WBBZ-TV, Reece brings never-before-seen celebrity interviews along with captivating and engaging spirit connections that will have you on the edge of your seat. Every episode brings clarification to her live audience and viewers that, even though physical touch may be out of reach, the bond of two souls can’t ever be broken. 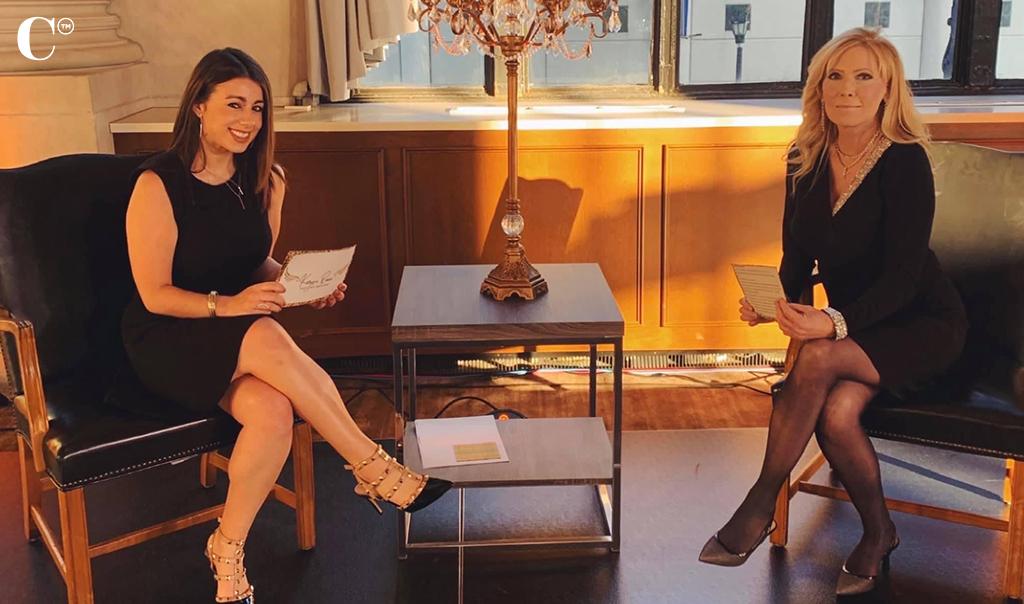 “Everybody has got a little bit of ability. It’s that gut instinct—that basic intuition or psychic 101. And then you have the whole spread and everything in between,” Reece says. She is not your average psychic. She wears the many hats of a psychic artist, stockbroker, haunted phenomena and exorcism expert, and skilled historian. She goes beyond individual readings. She works with businesses and corporations to meet their business objectives and capitalize on winning strategies and gains. Reece uses her gift and expertise as a way to guide her clients in making smart personal, professional, and financial decisions while providing closure and peace of mind.