During the pandemic, economic uncertainty led to many people tightening their purse strings. Luxury items fell by the wayside as 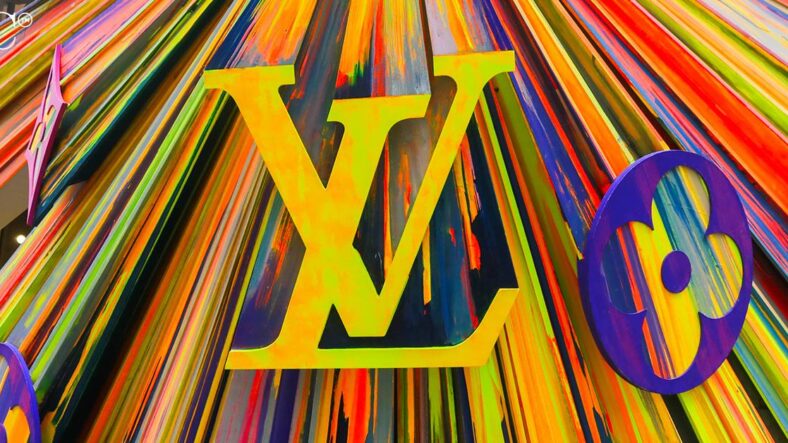 During the pandemic, economic uncertainty led to many people tightening their purse strings. Luxury items fell by the wayside as people focused on necessities like food and electricity. However, the luxury market is doing just fine. The people who buy into the true luxury market apparently didn’t fell the pandemic as much as the rest of us – because the luxury market is not just recovering, it’s booming. Experts are looking to China to lead the way in the future of luxury items – and here’s why. 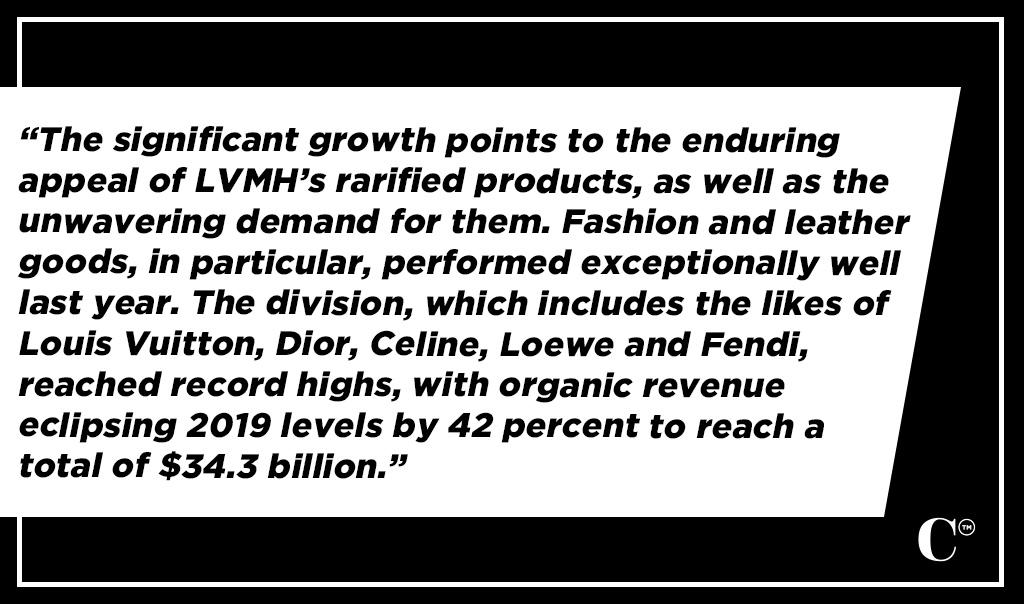 Robb Report explains, “The significant growth points to the enduring appeal of LVMH’s rarified products, as well as the unwavering demand for them. Fashion and leather goods, in particular, performed exceptionally well last year. The division, which includes the likes of Louis Vuitton, Dior, Celine, Loewe and Fendi, reached record highs, with organic revenue eclipsing 2019 levels by 42 percent to reach a total of $34.3 billion.

Bolstered by the $15.8 billion purchase of Tiffany, the watches and jewelry division hit record levels in 2021, as did the wine and spirits division, which is made up of heavy-hitters such as Moët & Chandon, Krug, Veuve Clicquot and Hennessy. The only two divisions that did not surpass 2019 levels were perfumes and cosmetics and selective retail which includes Sephora.”

The most successfully recovering markets appear to be the United States and Asia, with Europe still lagging behind a little.

Although it’s just speculation, some online have suggested that the passing of legendary and visionary LVMH designer Virgil Abloh may be partly responsible for the extraordinary boom. Now that Abloh is no longer creating lines, people want to buy into his legacy before it’s gone. However, even if you take that effect into account – the soaring revenue is a good sign that the pandemic is behind them and LVMH is back on track. 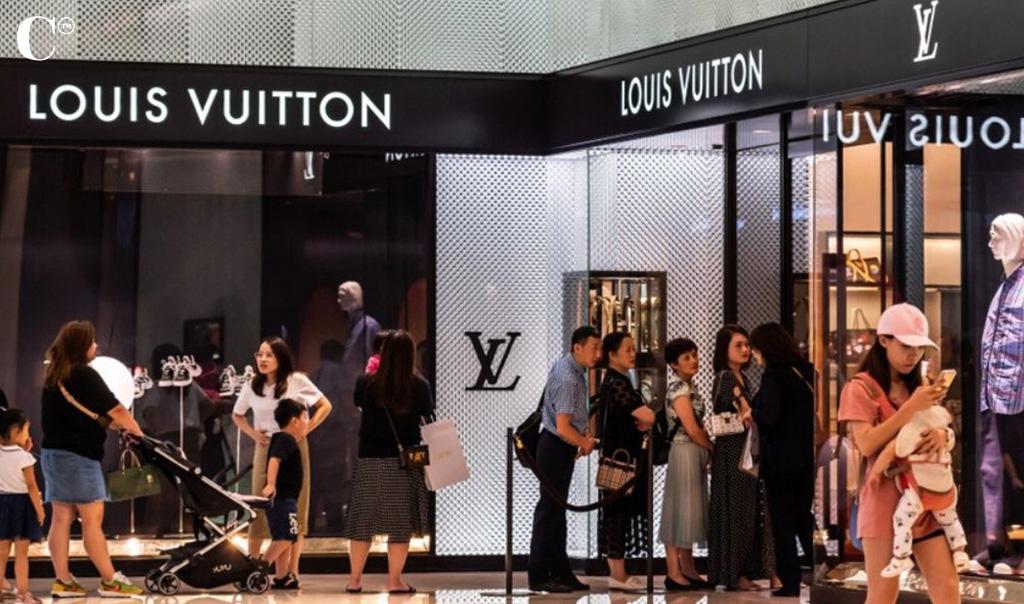 With LVMH’s Asian revenue way up, some experts are eyeing the luxury market in China with interest. In 2021, Chinese consumers spent a staggering $73.6 billion on luxury goods. This is a 36% increase from 2020, which suggests that if buyers were hit hard by economic uncertainty, that’s now over and they’re seizing the market. 2021’s numbers more than doubles pre-pandemic spending in 2019.

One part of the puzzle explaining why China is the “it” place for luxury goods comes in Hainan – an island province in South China. With an intent to turn the area into a free-trade port and international goods hub, the government has cut taxes and turned Hainan into a duty-free market. Due to instability in Hong Kong over the past 5 years or so, Hainan has arisen as the answer to international goods acquisition, and their economically favorable tax rates suggest that this trend will continue. A consultant report by Bain & Company analyzes the trend.

CNBC reports, “The growth in luxury goods sales comes despite a slump in Chinese retail sales overall since the pandemic began in 2020. The data also reflects the growth of China’s domestic market as a destination for international brands.

‘We anticipate this growth to continue, putting the country on track to become the world’s largest luxury goods market by 2025 — regardless of future international travel patterns,’ the report said.

‘China remains the best consumer story in the world,’ the Bain analysts said, pointing to the country’s growing middle class. ‘The average increase of disposable income remains higher than inflation.’” 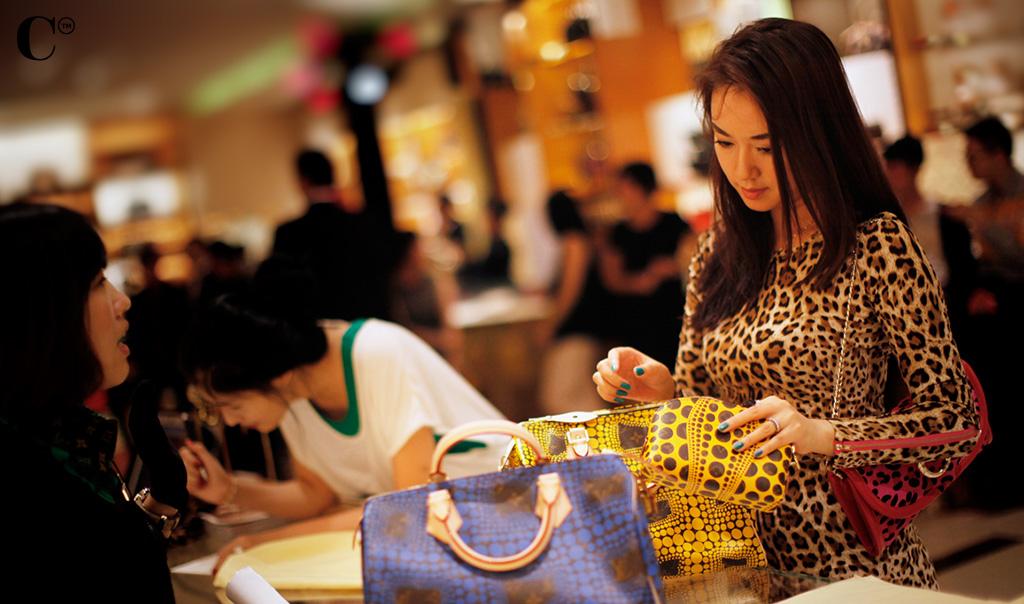 This fairytale success story explains why experts believe that China will become the world’s biggest luxury market by 2025. Predictions for the market are exceptionally rosy, now that the worldwide economy is slowly recovering.

Business of Fashion reports, “China’s domestic luxury resale market was valued at 51 billion yuan ($8 billion) in 2020 and its total value will exceed 208 billion yuan ($32.75 billion) by 2025, with a compound annual growth rate (CAGR) of 32.5 percent, according to a new report released by iResearch.

As of last year, more than 50 percent of individual sellers in China’s luxury resale market were born after 1990, and more than 80 percent of them were female.”

Could Gen Z take advantage of luxury good their Millennial older siblings and parents were unable to participate in? The report would suggest so, and China will be at the heart of the shift. It could be that a generation born in the uncertainty of school shootings and a worldwide pandemic is just tired of white knuckling it, and they plan to live life to the fullest. Buying luxury items is part of that lifestyle, as Gen Z buyers are showing. China especially has been suffering from inner turmoil for years with protestors rocking Hong Kong – and now they’re ready to just enjoy their money and hard work.