Chris D’Elia—Sexual predator & groomer of young girls or wronged victim as he claims? Chris D’Elia has been accused of 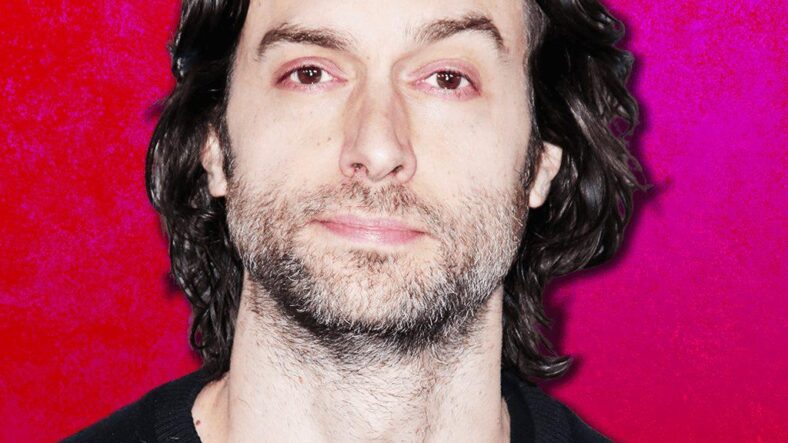 Chris D’Elia—Sexual predator & groomer of young girls or wronged victim as he claims?

Chris D’Elia has been accused of being a sexual predator and groomer of young girls, but the comedian claims he’s a wronged victim and denies allegations made against him.

As a result, it comes down to a case of “he says, she says”.

It all kicked off Tuesday after Simoné Rossi, who goes under the handle @girlpowertbh, Tweeted claims against D’Elia.

Rossi, who has since changed her profile banner to “and in the death of her reputation, she felt truly alive” tweeted, “imagine being groomed by a stand up comedian twice Ur age and the only reason you never met up and got physically m*lested was because you had just gotten a boyfriend your own age”

Furthermore, she boosted her claim with an alleged screen grab of a text exchange between the two.

In the alleged text D’Elia asks if they can “make out” after Rossi asks him if he wants to meet up.

imagine being 16 and being groomed by a stand up comedian twice ur age and the only reason you never met up and never got physically m*lested was because u had just gotten a boyfriend ur own age pic.twitter.com/xq7XDrat8i

In the meantime, Rossi also confessed to having blamed herself for years.

READ NOW: Inside MS-13, The World’s Most Notorious & Violent Gang—Part 1, The Initiation

“So f*ck chris d’elia,” she wrote, before posting more alleged text exchanges between the two:

imagine getting owned by a 16 year old pic.twitter.com/wKTSx6ie5S

Furthermore, Rossi pointed out the irony that back in 2009 D’Elia tweeted about how he had just been cast as a pedophile in a new show.

Because, presumably, Comedy Central, and Netflix, there’s nothing funnier than pedophilia, right?

Today I am playing a pedophile for a new show on Comedy Central. A pedophile… sooooo… career over.

Of course that was a fact that didn’t go unnoticed on the Twitterverse.

You’ve really gotta give it to the guy, he really immerses himself in his roles.

Later, Rossi explained her reasons for going public, “for the longest time i thought this was just a funny story to tell at parties when i realized what happened isn’t normal and that he was and could still be doing this to younger girls and it’s my job to say something.”

Use it ‘cute’ girl

“When I was 16 I replied to a picture that Chris had tweeted. I’m pretty sure I said ‘cute.’” Rossi writes.

“He immediately DM’d me on his verified Twitter account with an email address and the words ‘Use it,’ hence why in some of the emails I posted the subject line ‘Use it???’

“We emailed briefly, he asked if I was in LA, I said no, he said ‘How we supposed to make out then’ and he asked for ‘pics’ to which I replied with a panda photo and a selfie.

“I used a laughing face emoji at one point and he said “What’s with that emoji?” so then I switched to a kissy face emoji. That was a majority of our conversation from summer 2014.”

“Then on New Years Day 2015, that’s when he asked to hang out when he was in Tempe.,” Rossi continued next.

“I don’t know how he remembered I lived in Arizona based off a conversation from 5 months prior, but he did.

“That’s the second time he talked about ‘making out’ with me. He asked for my Instagram at that point and began following me.”

“My Instagram at the time was full of pictures of me at my high school, pictures of my friends and I, and other images you would expect a high schooler to post,”: Rossi explained.

“It also had my high school name in my bio, as I was in Student Government and that was often something I flaunted.

“This gives me reason to believe that he knew I was underage and I also personally believe that’s why he pursued me.

“He eventually unfollowed me and never talked to me again after I didn’t end up meeting up with him or sending him nudes. The last emails I have are from January 2015. I was still 16,” Rossi concluded.

Conversely, D’Elia insists he had no idea that any of the girls he was texting and messaging with were underage.

Because, after Rossi’s initial tweet, a slew of other women came forward with similar allegations.

Furthermore, D’Elia doubled down on his wronged victim claim.

I’m not sorry for any of the jokes I’ve ever made in my life. I don’t give a fuck what you think about it. Figure your own shit out if your feelings are hurt.

Moreover, D’Elia’s not responded on his social (at time of posting) to the anu=y of the allegations made against him.

Meantime, he did give a statement to TMZ, insisting on no ‘wrongdoing’.

READ NOW: Get Instagram Verified—How To Up Your Phoney In The Fake Fame Game

“I know I have said and done things that might have offended people during my career, but I have never knowingly pursued any underage women at any point.” D’Elia claimed.

“All of my relationships have been both legal and consensual and I have never met or exchanged any inappropriate photos with the people who have tweeted about me.”

“That being said, I really am truly sorry,” he continued.

“I was a dumb guy who ABSOLUTELY let myself get caught up in my lifestyle. That’s MY fault. I own it.

“I’ve been reflecting on this for some time now and I promise I will continue to do better,” D’Elia concluded.

Rossi gets the last word

“As for what I would say to Chris, what can you say to someone who preys on young girls?” Rossi asked later in her statement.

“To someone who tried to groom you, but also has possibly groomed and based on the stories others have shared with me, possibly assaulted other girls?” She asked in addition.

“I don’t want to say ‘Time’s Up’ out of fear of sounding cliche — isn’t it odd how we as a society have driven a slogan that was supposed to help survivors into the ground — but it’s true.” Rossi continued.

SIGN OUR PETITION NOW: #JusticeFor Kim-Get The LASD To Reopen The Fattorini Case

“Time is up. I won’t let this happen to other young girls. I want him to know that I have a voice and I’m sure using it, she vowed.

“What’s been most important to me as far as response is all the people who have come forward with their own stories,” Rossi shared.

“Providing a safe (as safe as the internet can be) space for people to discuss these things is most important to me. I want everyone to know that they are heard. We are listening,” Rossi ended.