Chrissy Teigen and John Legend have had a rough week, to say the least. The beloved celebrity couple experienced something

Chrissy Teigen and John Legend have had a rough week, to say the least. The beloved celebrity couple experienced something no one ever hopes to experience; they announced yesterday that they had lost their beloved baby boy, who Teigen was halfway through a pregnancy with. Now, the couple’s woes are renewed as well-known celeb-spotting store Kitson in Los Angeles is accusing Teigen of being privy to a blackmail scandal. Kitson claims they were blackmailed by an unnamed blogger to donate $10,000 to a Black Lives Matter fund, or face bad press which accused them of racism. According to Kitson, Teigen cheered on the blackmailer.

on Wednesday, Teigen took to Instagram to share with fans that she and husband Legend had suffered an unthinkable loss; they had miscarried their baby.

Teigen posted earlier in the day about passing a large blood clot, and fans immediately were alarmed and concerned for the beloved star. Unfortunately, this story does not have a happen ending. Later in the day, Teigen shared an image on Twitter of herself weeping brokenly in a hospital bed. Teigen shared the words, “We are shocked and in the kind of deep pain you only hear about, the kind of pain we’ve never felt before. We were never able to stop the bleeding and give our baby the fluids he needed, despite bags and bags of blood transfusions. It just wasn’t enough.

We never decide on our babies’ names until the last possible moment after they’re born, just before we leave the hospital. But we, for some reason, had stated to call this little guy in my belly Jack. So he will always be Jack to us. Jack worked so hard to be a part of our little family, and he will be, forever. 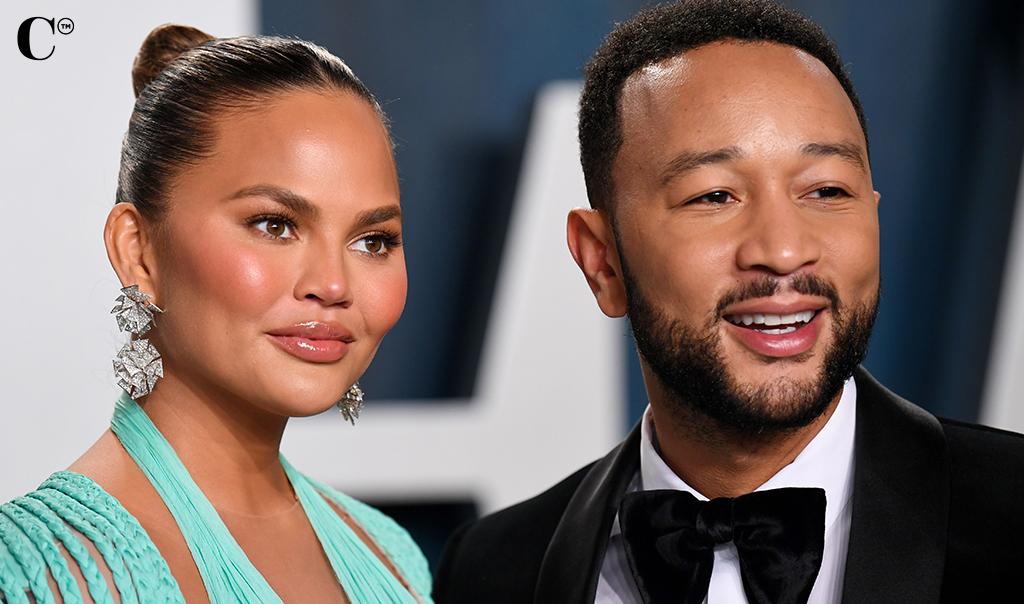 To our Jack – I’m so sorry that the first few moments of your life were met with so many complications, that we couldn’t give you the home you needed to survive. We will always love you.

Thank you to everyone who has been sending us positive energy, thoughts and prayers. We feel all of your love and truly appreciate you.

We are so grateful for the life we have, for our wonderful babies Luna and Miles, for all the amazing things we’ve been able to experience. But everyday can’t be full of sunshine. on this darkest of days, we will grieve, we will cry our eyes out. But we will hug and love each other harder and get through it.”

This morning, she tweeted, “Driving home from the hospital with no baby. How can this be real.” Fans immediately took to the comments to show love and support. The loss of a child is a unique, poignant, and unimaginable grief that cannot possibly be reckoned with unless you’ve been there before.

Most people would look at this world-shattering loss and think maybe the couple should be given some time to grieve. But not everyone agrees.

Kitson Slams Teigen, Accuses her of Cheering On Blackmailers 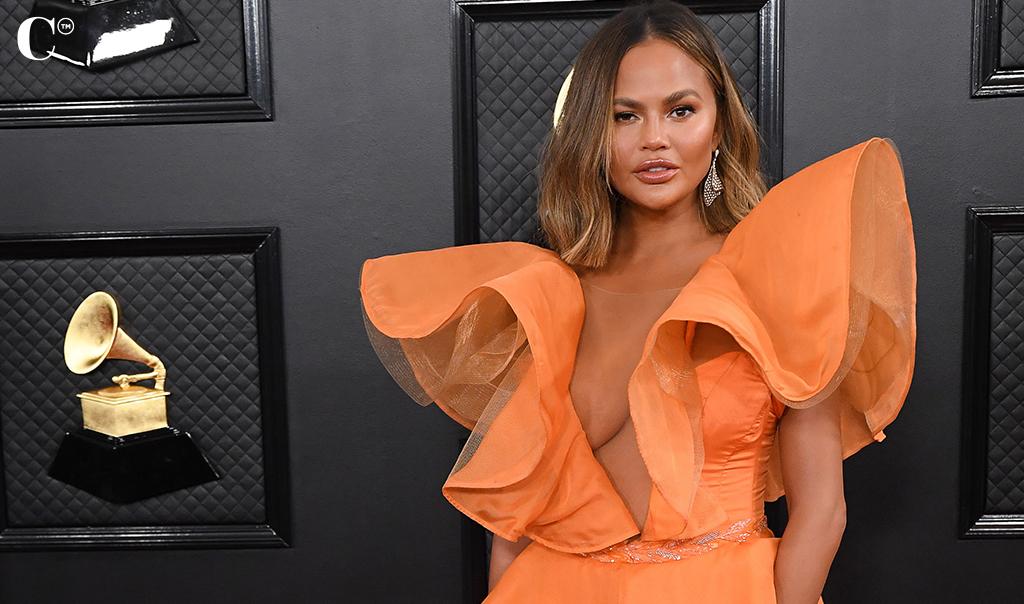 Kitson, a high-end fashion store in Los Angeles, took to Instagram to throw accusations at Teigen in the midst of her grief. In the Instagram post, Kitson’s representative wrote, “While LA was being looted on Saturday May 30 by alleged peaceful protestors, Chrissy Teigen was bailing out the rioters and criminals. One of our stores was looted and we posted a picture of the looting and tagged Chrissy and her BFF Jen Atkin, they took light to the situation. LA is the city these two live in and prosper off of. A blogger which will be anonymous at this time until the federal investigation is done for blackmail, as you can see she demanded we donate to BLM or she would post more inaccurate facts and threaten us. Chrissy Teigen is well aware of it as she thanked the blogger when they posted calling Kitson racist for not supporting rioting and looting. They knew we were on to something bigger as we are an iconic store in LA where tourists and locals shop. Chrissy commented that she would no longer shop with us, when she never did. We can’t be silenced from these hypocrites like Chrissy Teigen who boycotts Goya Foods while still using the brand. Shame on any organization that funds or supports Chrissy Teigen. Almost 4 months later, the truth has to come to light and these blackmailers need to be stopped and imprisoned. We donated at the time because of the fear these bullies were putting on our business. Let’s get the lawsuit going and get the FBI involved. Maybe Chrissy will be having her baby in prison.

Over the past few weeks, the retailer’s Instagram has been filled with screenshots from Atkins making snarky comments to them after they shared an image of their store being looted during the George FloydBlack Lives Matter protests. In the post, they tagged Teigen and others and blamed them for encouraging looters by paying bail money.

According to Kitson, Teigen and Atkins are responsible for an unnamed blogger who then threatened to give the store bad press (it’s unclear why this would be such a meaningful threat), called them racist, and required them to donate to Black Lives Matter with proof. Kitson claims Teigen cheered the blackmailers or looters on, it’s not clear who Kitson believes Teigen was supporting. 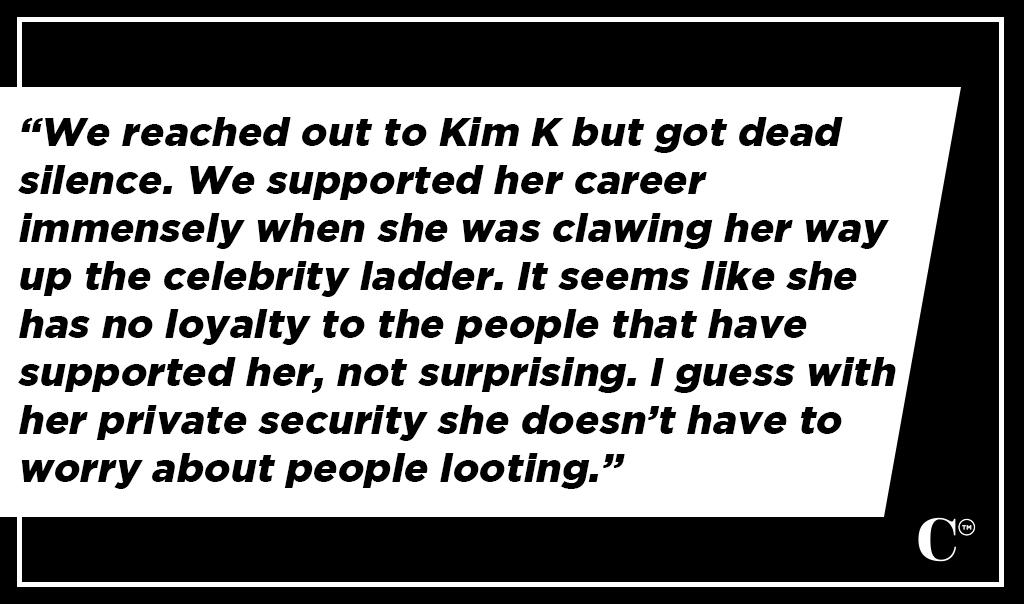 Even people who don’t normally support Teigen showed up to blast Kitson for their untimely attacks on the grieving mother. In an attempt to seem less horrible, they posted on Instagram, “We pray for Chrissy and her family during these difficult times. These comments are from the founder of OUAI, Jen Atkins. They were posted right after the looting in LA on our Instagram. We have been a big supporter of OUAI in our stores. This is not acceptable of an organization, and the financial group Consumer Alliance Growth that fund them.

Please reach out to Nordstrom, Ulta, and Sephora, to remove Ouai from their shelves. Please do not buy these products until a formal apology is made from Jen Atkins, for these comments.

There is a lot of shampoo out there to be purchased. So why would you need to purchase shampoo from someone that condones looting which is a criminal activity.

We reached out to Kim K but got dead silence. We supported her career immensely when she was clawing her way up the celebrity ladder. It seems like she has no loyalty to the people that have supported her, not surprising. I guess with her private security she doesn’t have to worry about people looting.”

If people reading this are confused by what Kitson’s beef is, they’re not alone. Not only are fans continuing to blast the retailer for showing up with accusations against Teigen in her state of grief, but a lot of the claims they’re making are lacking context.

If Kitson is Serious, They Could Have Waited 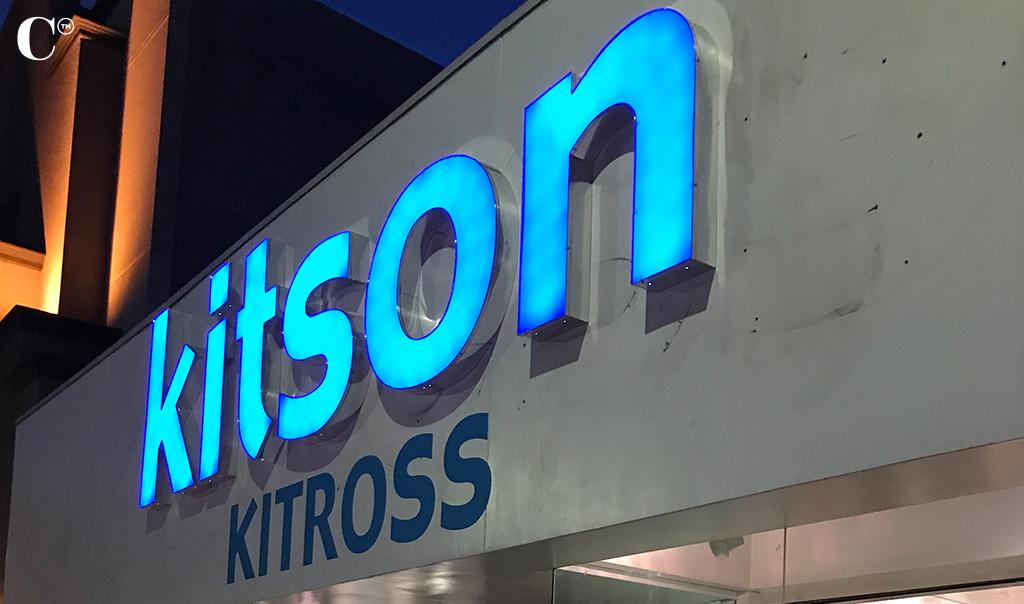 Whether or not Kitson believes their own accusations, they certainly could have picked better timing. If they were trying to avoid bad press, they certainly took the wrong approach. This sort of press is the worst imaginable; now they appear heartless.

CELEB reached out to Kitson for a statement, and we will bring that to you when we receive it.

For now, everyone at CELEB wants to let Chrissy and John know that our hearts are with them. Only some know the excruciating pain of losing of a child, and in this time of grief and heartbreak, our thoughts are with Chrissy, John, their children, and loved ones.