The company behind children’s pizza parlor Chuck E Cheese, jewelry retailer Claire’s, and other well-known names is now poised to 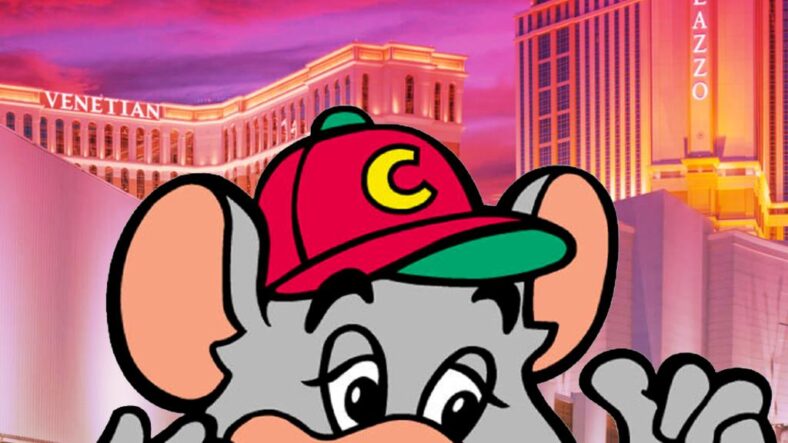 The company behind children’s pizza parlor Chuck E Cheese, jewelry retailer Claire’s, and other well-known names is now poised to buy Las Vegas’ Venetian, Palazzo, and other properties. Apollo Global Management has announced that it will be buying the hotels from Las Vegas Sands, which is turning more of their focus to interests in Asia. 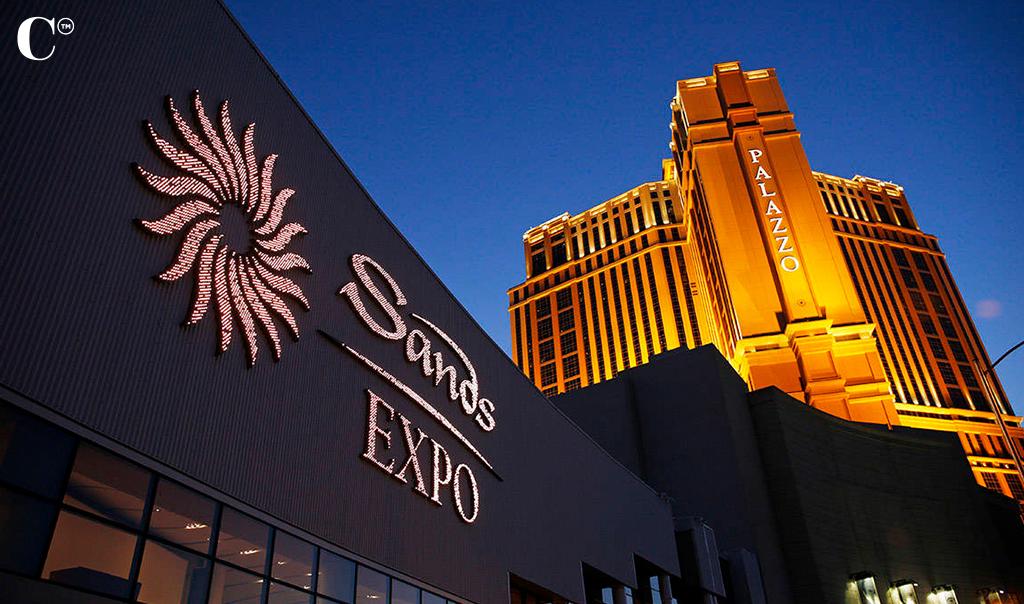 Las Vegas Sands, a prominent casino operator, has entered into a deal with Apollo Global Management and VICI Properties. A press release from Sands reads:

“Las Vegas Sands Corp. (NYSE: LVS) today announced that it has entered into definitive agreements to sell its Las Vegas real property and operations, including The Venetian Resort Las Vegas and the Sands Expo and Convention Center (collectively, “The Venetian”) for an aggregate purchase price of approximately $6.25 billion. 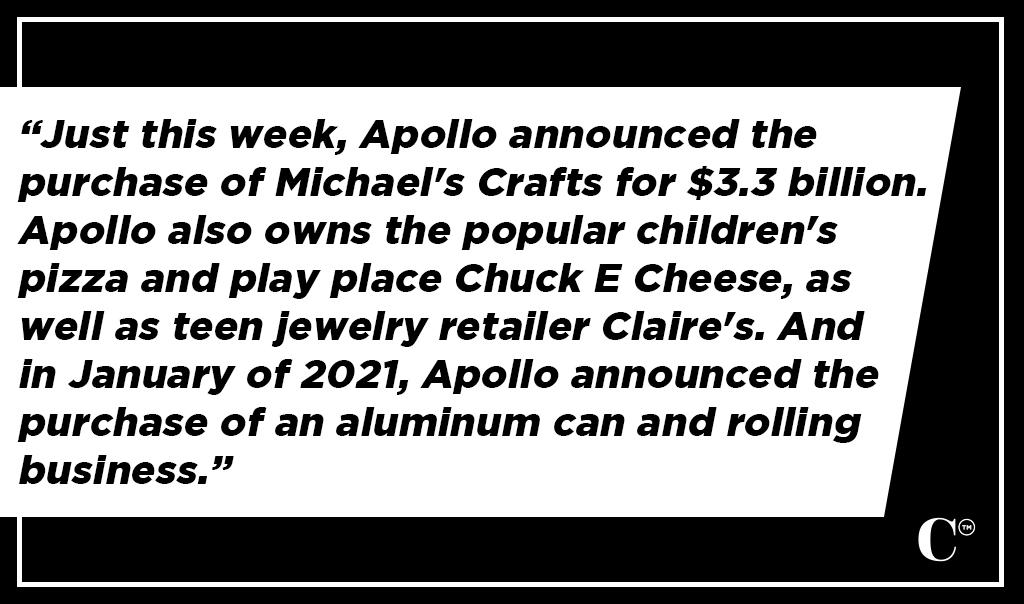 Although the name Apollo Global Management might ring a bell, it’s staggering to realize just how many pies the company has their fingers in. Just this week, Apollo announced the purchase of Michael’s Crafts for $3.3 billion. Apollo also owns the popular children’s pizza and play place Chuck E Cheese, as well as teen jewelry retailer Claire’s. And in January of 2021, Apollo announced the purchase of an aluminum can and rolling business.

Apollo (AGM) owns interest in AMC, Wyndham Worldwide, Shutterfly, Norwegian Cruise Lines, Hostess Brand, Qdoba, Cox Media Group, ADT, University of Phoenix, and dozens of more notable businesses. Some they own stock in, some they have outright purchased, but it’s clear that AGM is the biggest business few people have ever heard of, and they have influence in a wide variety of industries.

What This Means for Sands’ Properties and Vegas Fans 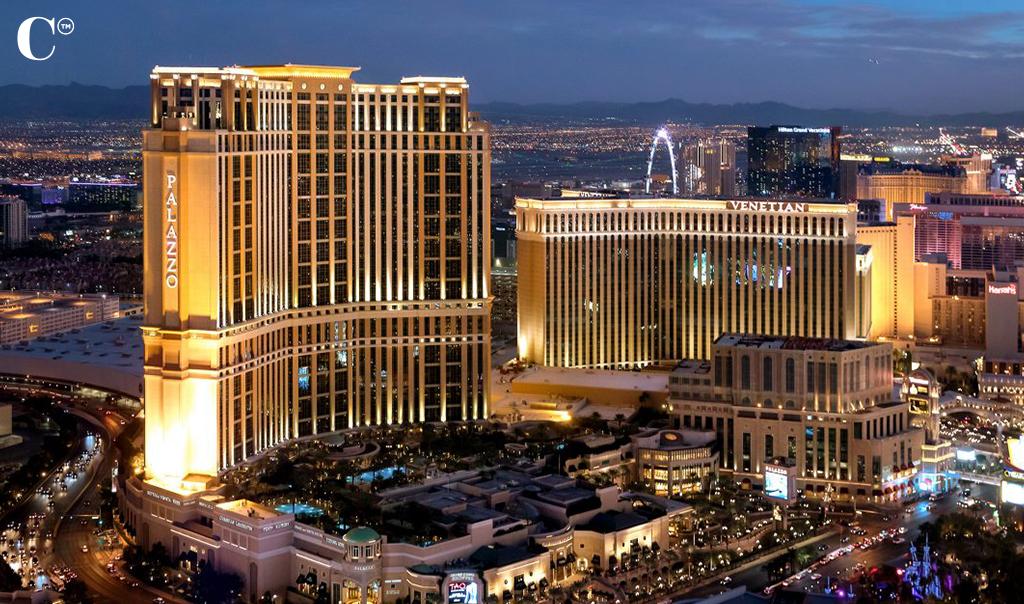 With the resources of AGM to bear on the former Las Vegas Sands properties, it’s likely both locals and Vegas tourists will benefit from the purchase. With the unique flavor of the Venetian key to its success, they probably won’t fiddle with the bottom line too much.

For their part, LVS will be focusing on their interests in Asia in honor of owner Sheldon Adelson, who died last month. Adelson had been focusing on expanding LVS to the Asian theater and the Vegas properties sales will hurry his dream along.

The press release of the sale explains the company’s focus; “Sands executives said that while selling The Venetian, the property that helped establish Sheldon Adelson and his company at the top of the gaming industry, will be bittersweet, the opportunities for the company to pursue new growth prospects are robust. ‘The Venetian changed the face of future casino development and cemented Sheldon Adelson’s  legacy as one of the most influential people in the history of the gaming and hospitality industry.

As we announce the sale of The Venetian Resort, we pay tribute to Mr. Adelson’s legacy while starting a new chapter in this company’s history,’ said Las Vegas Sands Chairman and Chief Executive Officer Robert Goldstein. ‘This company is focused on growth, and we see meaningful opportunities on a variety of fronts. Asia remains the backbone of this company and our developments in Macao and Singapore are the center of our attention. We will always look for ways to reinvest in our properties and those communities.’”

And former president of the Venetian and Palazzo Robert Goldstein said it would be difficult to say goodbye to old friends but that he was confident in the direction of the Venetian under AGM.

Goldstein also was quoted in the press release as saying that Apollo and VICI were the right companies to lead the property into the future and that additions like the MSG Sphere, a live performance venue being developed by Madison Square Garden, will create new growth opportunities for the property.

Goldstein added, “The property is a best-in-class asset with a talented team of people operating it. I am confident Las Vegas will soon return to a more normal operating environment and The Venetian’s hard-working and dedicated team members will continue delivering a world-class experience to guests eager to enjoy it. I know I will be rooting for them.”