Will Clare Crawley Take Another Shot At Being The Bachelorette?

Clare Crawley has been around the Bachelor block a numerous number of times. Five actually, but, who’s counting? When introduced 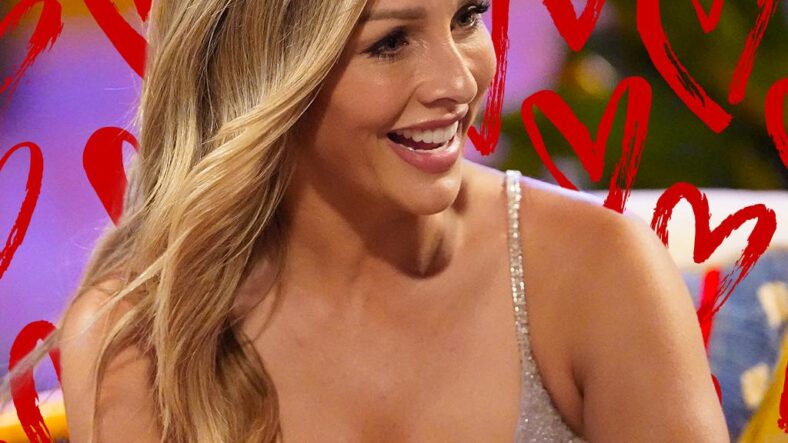 Clare Crawley has been around the Bachelor block a numerous number of times. Five actually, but, who’s counting? When introduced as the season 16 Bachelorette, she wasn’t a new face to fans. The 39 year old has been casted for The Bachelor in 2014, Bachelor in Paradise in 2014 and 2015, and she also competed in The Bachelor Winter Games in 2018 where she actually became engaged. So I guess we are counting. Anyways! Her most memorable performance was when she left Palm Springs happily engaged to the love of her life, Dale Moss, just after two weeks of filming. In the words of Chris Harrison, she officially “blew up The Bachelorette.

However, Dale and Clare reached their expiration date on January 19th and we can’t help but wonder what Clare is feeling. Is she regretting her decision of getting engaged so fast, missing out on her chance as a full season Bachelorette? Will she go for round two? Is that even possible?

The Beginning of the End 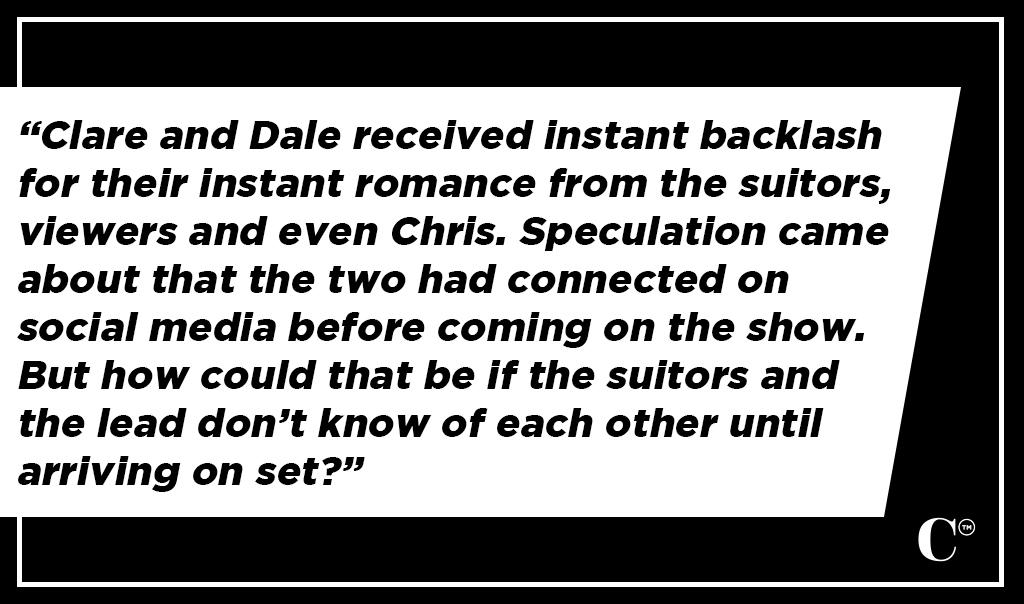 Clare and Dale received instant backlash for their instant romance from the suitors, viewers and even Chris. Speculation came about that the two had connected on social media before coming on the show. But how could that be if the suitors and the lead don’t know of each other until arriving on set?

WELL, this season was slightly different due to the coronavirus production shutdown sending everyone home. And not only that, everyone was also given back their phones and internet access, AFTER the suitors were announced. Talk about a dangerous move. However, the franchise host did have a public conversation with the two of them, in hopes to get to the bottom of what [in the Bachelor Nation] happened. 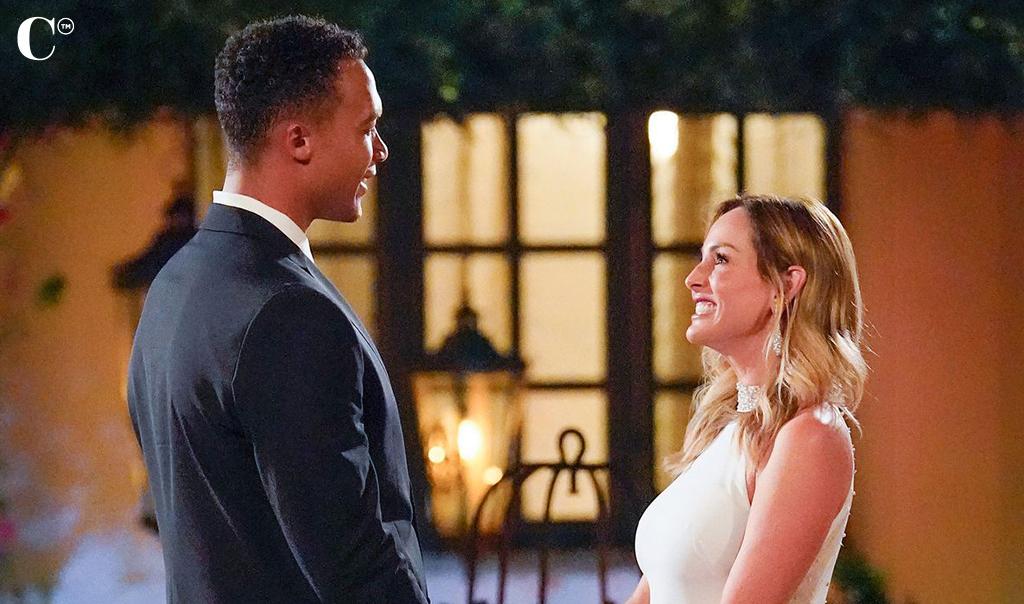 Although their engagement seemed fast paced, keep in mind that there were four months of the show being shut down. That gave Clare and the suitors four months to follow each other’s lives on social media. Like it or not, it’s 2021 and even without communication, you can get to know someone’s lifestyle, habits, and personality through the way that they present themselves online, or don’t present themselves. So, when the show went back into action, most of them probably felt less like strangers.

During the sit down with Moss and Crawley, Harrison said “I’m going to ask you guys, once and for all, did you guys communicate; talk, meet, text -anything- before that first night? Did you lie to all of Bachelor Nation?” Clare energetically responded “100 percent, no.” She continued on to say “and I can wholeheartedly attest to this on my dad’s grave. There was never, ever a single ounce of contact, communication through friends, through outlets, through phone numbers, through any sort of source of anything.” Dale backed her up right after with saying “Clare and I never once spoke, never communicated, never talked, never texted.” Hmm. convincing. And now that the two have [Instagram] officially split, it seems a bit more true. After all, you know what they say, the quicker it begins, the quicker it ends. 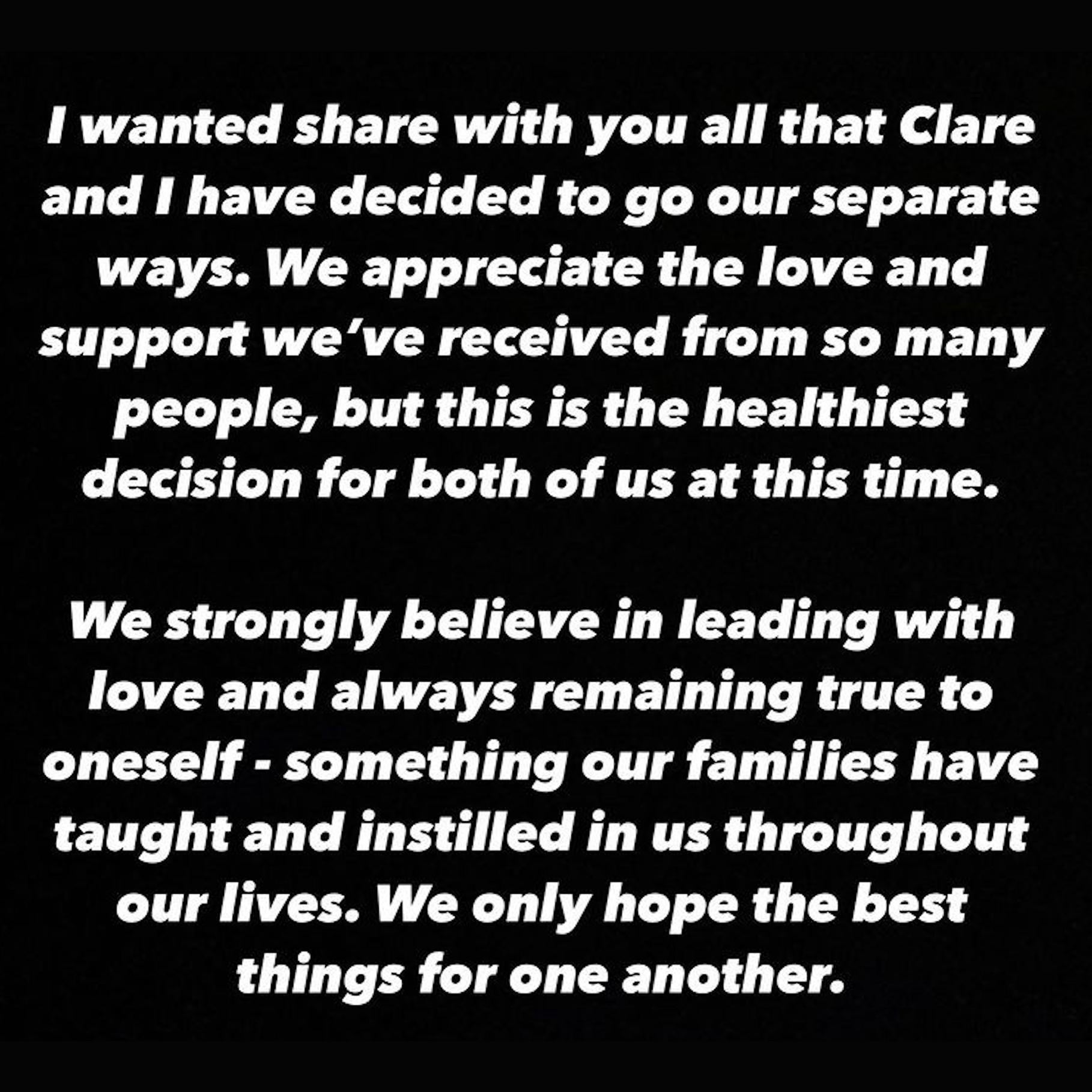 The caption beneath wrote the same as the photo and ended with their request for privacy as they “work through this together”.

Clare followed behind him with posting to Instagram on January 21st with this: 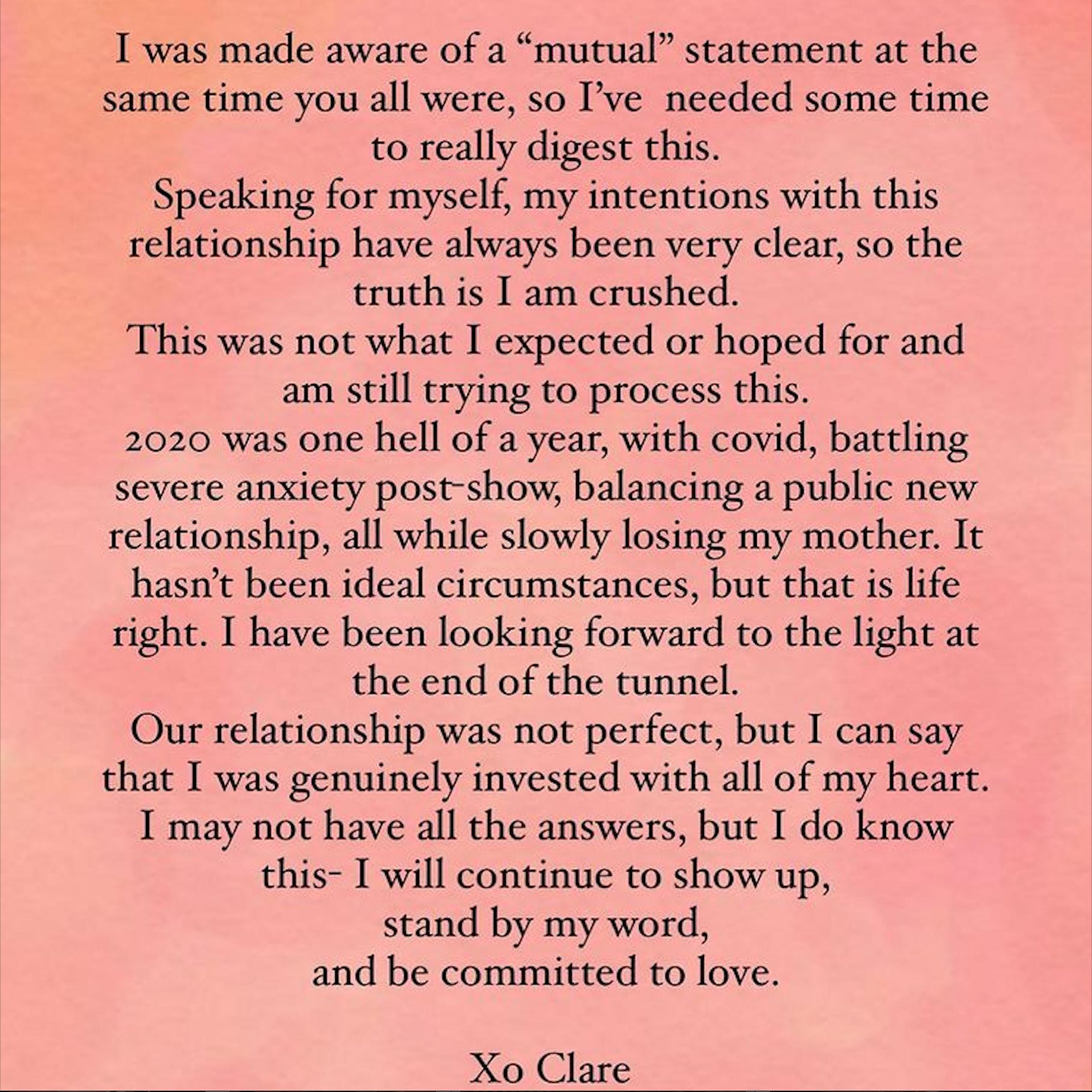 There was speculation earlier in the year that the pair was on a rocky path when they were spotted living on opposite coasts. Dale was in New York City and Clare was in Sacramento. A source even admitted to Us Weekly that “Dale and Clare are technically still together but there are serious issues they are working through.” It was also shared that the two are “in communication but on a break.”

Will Clare Attempt Being A Bachelorette Again? 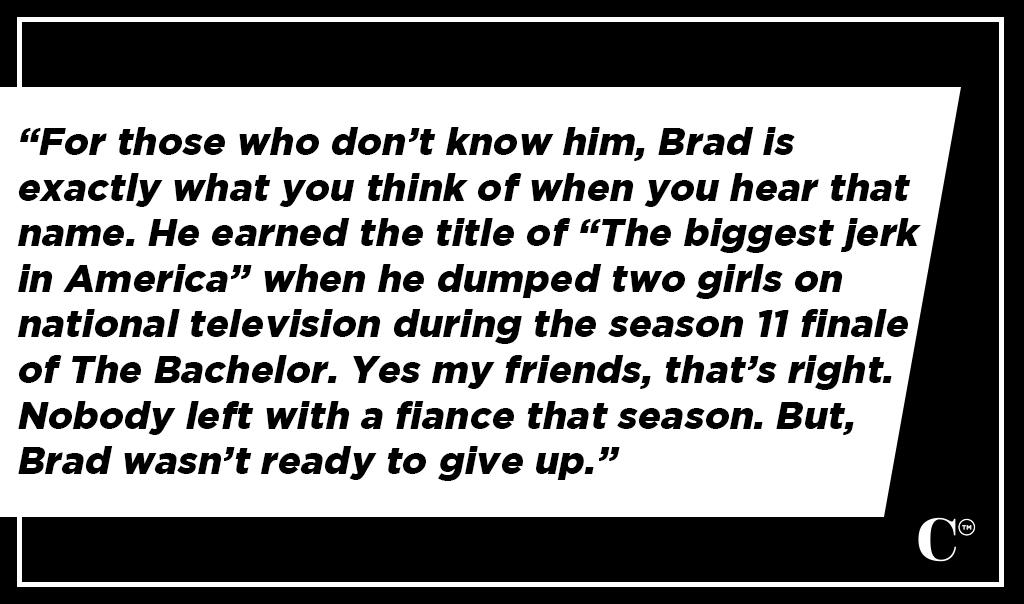 For those who don’t know him, Brad is exactly what you think of when you hear that name. He earned the title of “The biggest jerk in America” when he dumped two girls on national television during the season 11 finale of The Bachelor. Yes my friends, that’s right. Nobody left with a fiance that season. But, Brad wasn’t ready to give up. According to Us Weekly, Womack went to therapy to dive into the issues which were the foundation of his commitment-phobia. So, after a conversation with Chris Harrison, he took the leap to find love again in season 15 of The Bachelor. And yes, this time around he did get engaged. Just not married, but that’s a story for another time.

However, now we wonder, will Clare Crawley do the same? Will she ask the beloved host for another chance at finding love? This time maybe with taking more time; a.k.a eight weeks instead of two. Or will she retiring from the franchise for good and going back to the old fashion way of doing things?