It’s always sentimental to look back at things we did in our childhood. For many of us, those things revolved 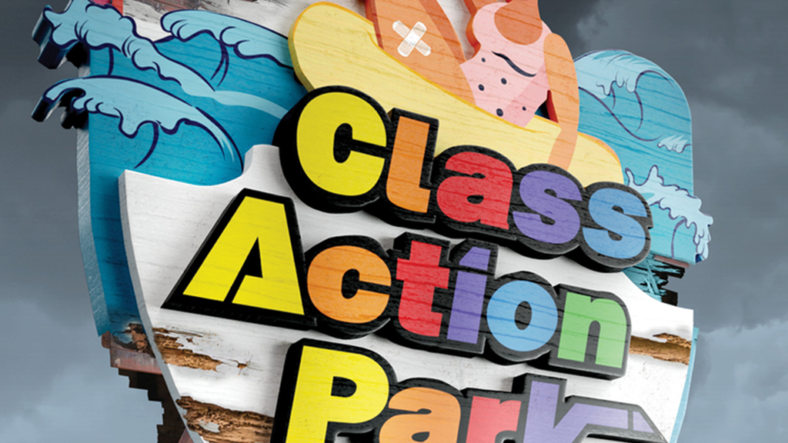 It’s always sentimental to look back at things we did in our childhood. For many of us, those things revolved around trips with our families, outings with friends, holidays, and more. Many of us also have memories at theme parks from our childhood, ranging from Knotts Berry Farm to Disneyworld to Six Flags and more. 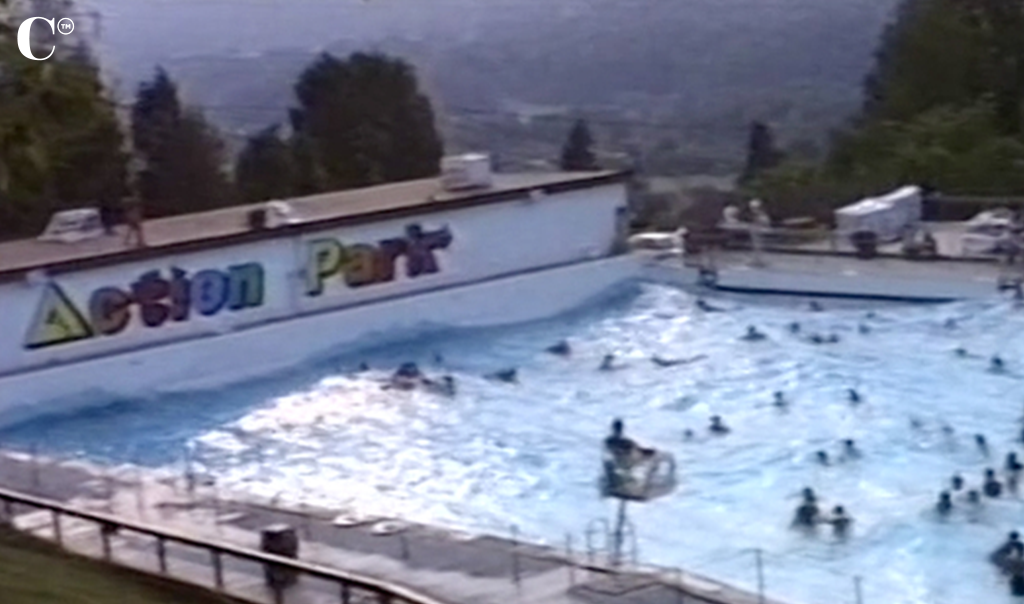 One of the most notorious theme parks in New Jersey has always been Action Park (which changed names to Mountain Creek, then changed back to Action Park, and more recently again is known as Mountain Creek) in Vernon, New Jersey. While I never experienced the water park in its early heyday, as I was far too young, I had my own horror story experience there on a ride called (not kidding) High Anxiety.

High Anxiety has the shape of a funnel and sends four passengers seated in a tube down the funnel. There are no seatbelts to keep you strapped in, and only handlebars on the side of the tube to hold on to. There is also no one ensuring that the weight distribution in the tube is equally balanced.

At first, when we got into the tube, we weren’t moving. Our ride attendant encouraged us to try to wiggle around to get the tube moving down the funnel and also helped to try to push us down. All of a sudden, we were flying down the funnel, up and down the sides and some of us began to fly almost out of the tube. I was holding on for dear life as my body flung up in the air, screaming at the top of my lungs. Thankfully, we somehow all made it back in the tube, down the funnel, and out of the ride safely. I distinctly remember shaking for quite some time after the ride, convinced I had just had a near-death experience.

While I didn’t know it at the time, the Mountain Creek water park I was visiting had formerly been known as Action Park- and it had a history of unsafe rides, major injuries, lawsuits, and even deaths. While I have been fascinated by the park ever since I went, I was excited to learn that HBO was releasing a documentary entitled Class Action Park. While the documentary is set to be released this Friday on HBO Max, HBO sent us a pre-release screener to review.

So how did the documentary hold up?

“It’s not really fair to ask the question what was Action Park,” the documentary begins by telling us, noting that “it was so much more than a water slide park.” 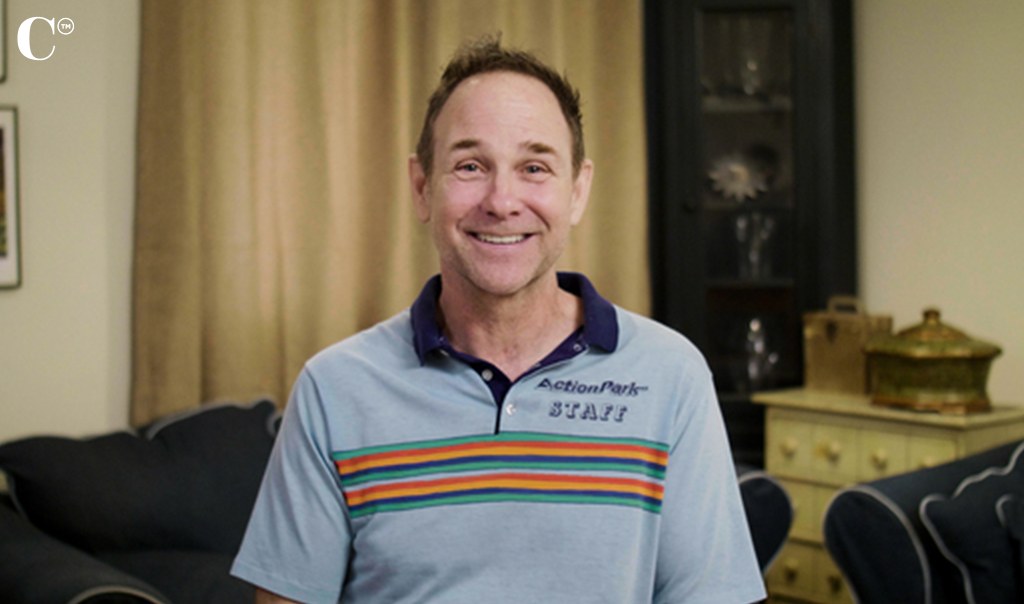 Class Action Park begins with an overview of how Action Park- described as “a place where death was tolerated, when death was put right into the number situation”- came to be. Gene Mulvihill was working on Wall Street, but ended up getting kicked out for “selling worthless securities in a bankrupt securities company.”

Rather than stay in the city, Mulvihill ended up buying two ski resorts in Vernon, New Jersey. Class Action Park explains that Vernon was becoming a hot spot that was almost being billed as “another Orlando” (as in Orlando, Florida, where Disney World and Universal Studios are located), and its stature only grew when Hugh Hefner opened a Playboy Club there. 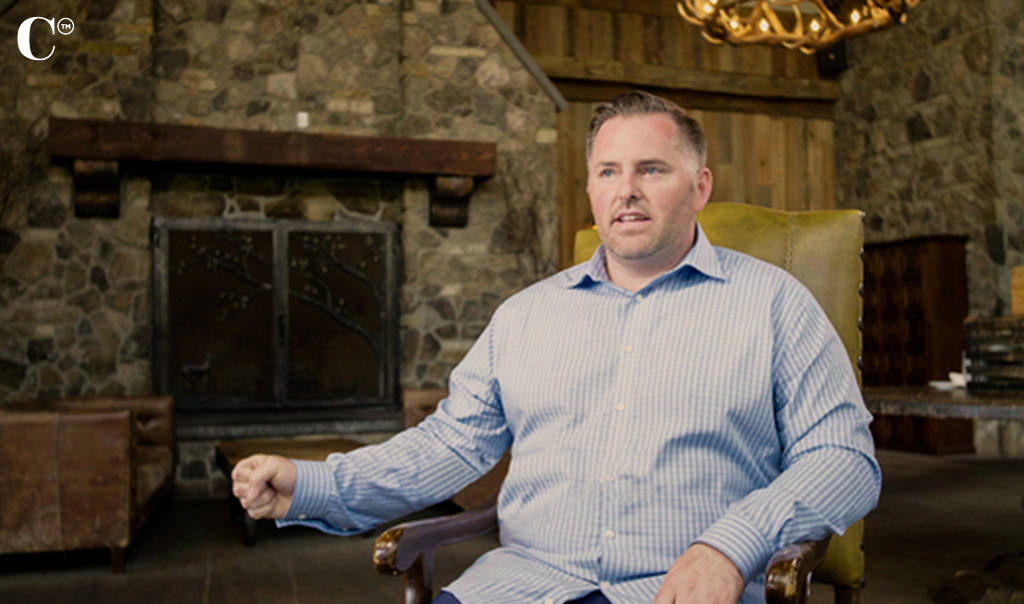 Acknowledging that ski resorts couldn’t run all year, Mulvihill ended up coming up with the idea of Action Park, a theme park with water rides, race cars, and slides on a seat that you could theoretically control a break on.

While this all sounds well and good in theory, there started to become problems from the very beginning. 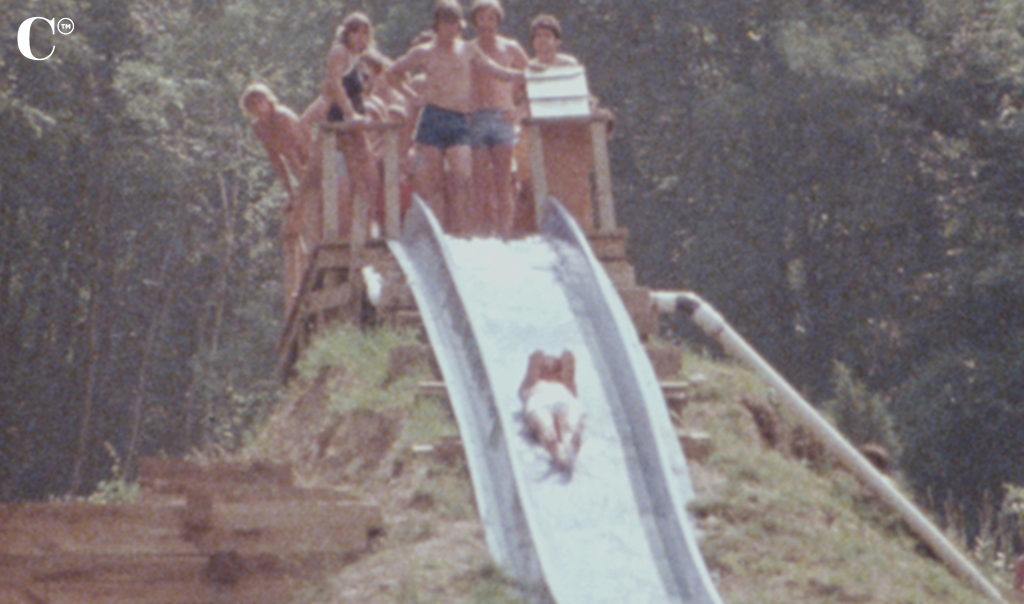 One of the first rides Class Action Park discusses is the infamous “Cannonball Loop.” The ride was an enclosed water slide that had an actual loop- like a rollercoaster- in it. The documentary explains that when they went to test this ride, they did so with mannequins at first. The mannequins were coming out dismembered, so Mulvihill and his team adjusted the height and other proportions of the ride.

Eventually, Mulvihill wanted to test real people on the ride, so he ended up tempting employees with $100 in cash as a bribe.

“The first people came out and their mouths were all bloody,” the documentary mentions of the first human experiences testing the Cannonball Loop. And what was causing the bloody mouths? It’s noted that they ended up finding “teeth stuck in the padding” from the first few people who had gone through the ride and tested it. 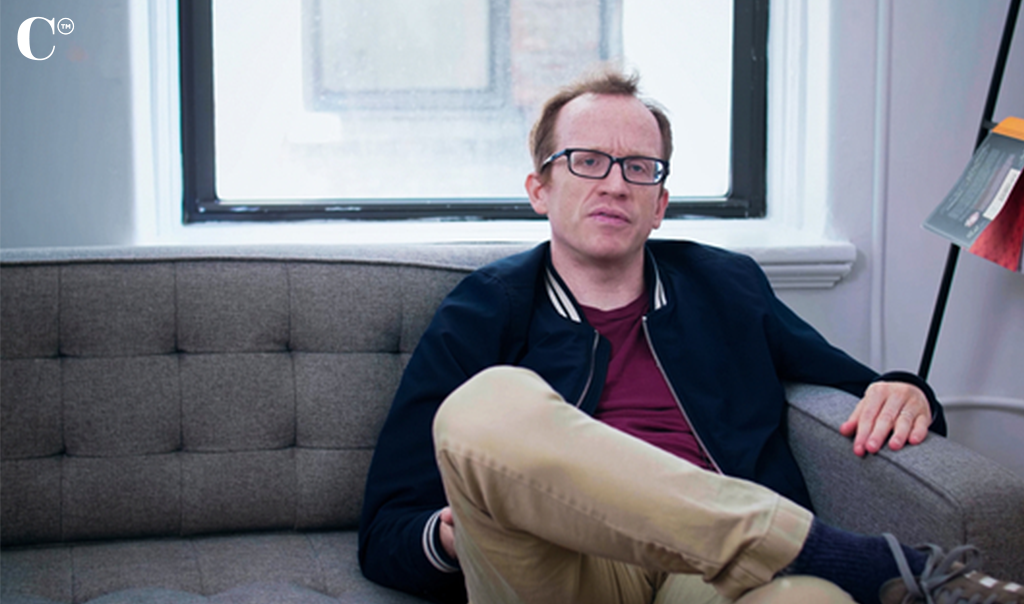 Rather than nix the idea, though, they kept full steam ahead with this water slide- and many other dangerous attractions. One person in the documentary notes that Mulvihill would almost always tinker with rides after construction making them “bigger, badder, and more extreme”

Mismanagement And Someone Killed

Aside from the dangerous rides- which included a Tarzan Swing where people “couldn’t hold their body weight,” with natural spring water beneath that was “so cold their bodies would go into shock” and “people would forget how to swim”- Action Park also had a ton of issues in terms of how it was managed. 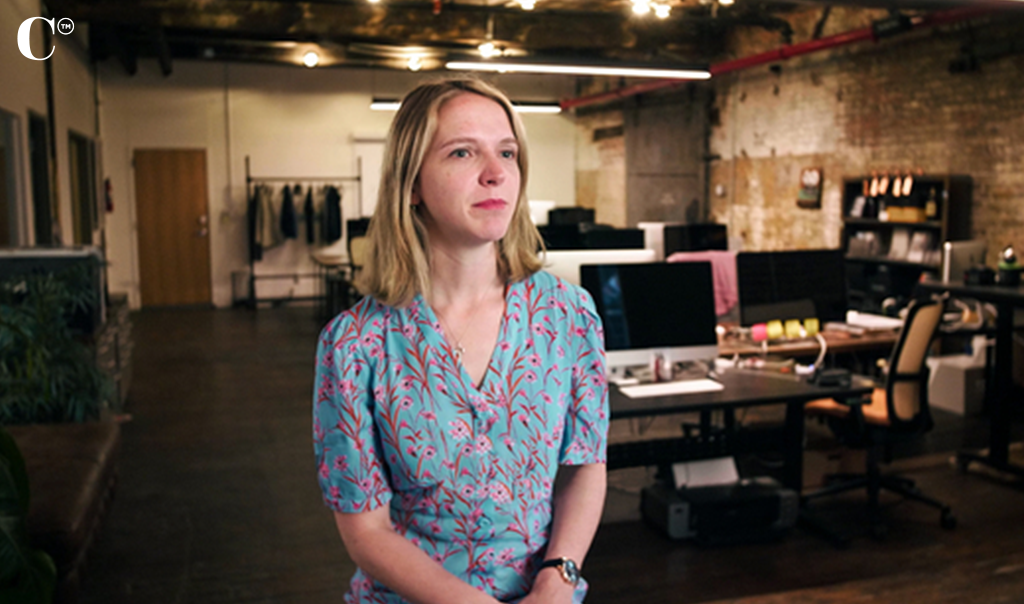 Class Action Park explains that there were 16 and 17-year-olds managing the park, all of whom had no prior management experience. In addition, kids as young as 14 were allowed to work as ride operators, even though it was illegal for them to do so before they were 16. As noted many times in Class Action Park, the facility was truly a place where rules didn’t seem to matter/be followed.

A particularly shocking incident regarding mismanagement had to do with Mulvihill noticing some guests were getting on a lift without having purchased the required passes to get on them. Rather than just check for tickets and throw them out of the park for not having them, he decided to use a cattle prod on kids caught with no tickets. One kid ended up getting killed from this, and people saw. 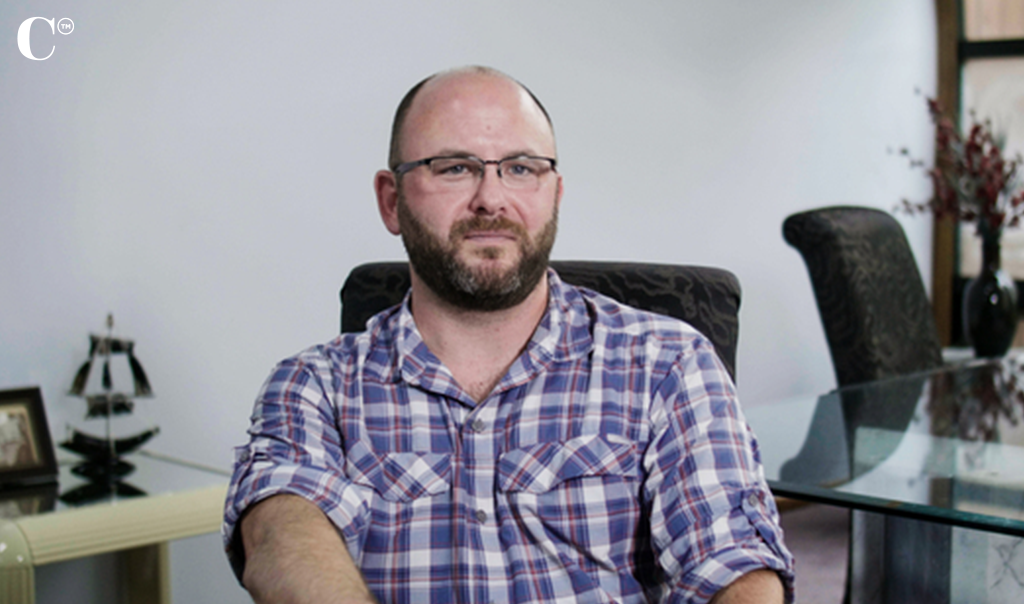 Of course, as would be expected, Mulvihill was sued for the things that went on at Action Park. However, the documentary explains a very creative way in which he managed to work the system, winning the majority of the lawsuits and circumventing paying for the majority of the ones he lost.

Pushing Boundaries and an Electrocution

There were so many other notable stories told in Class Action Park, including: 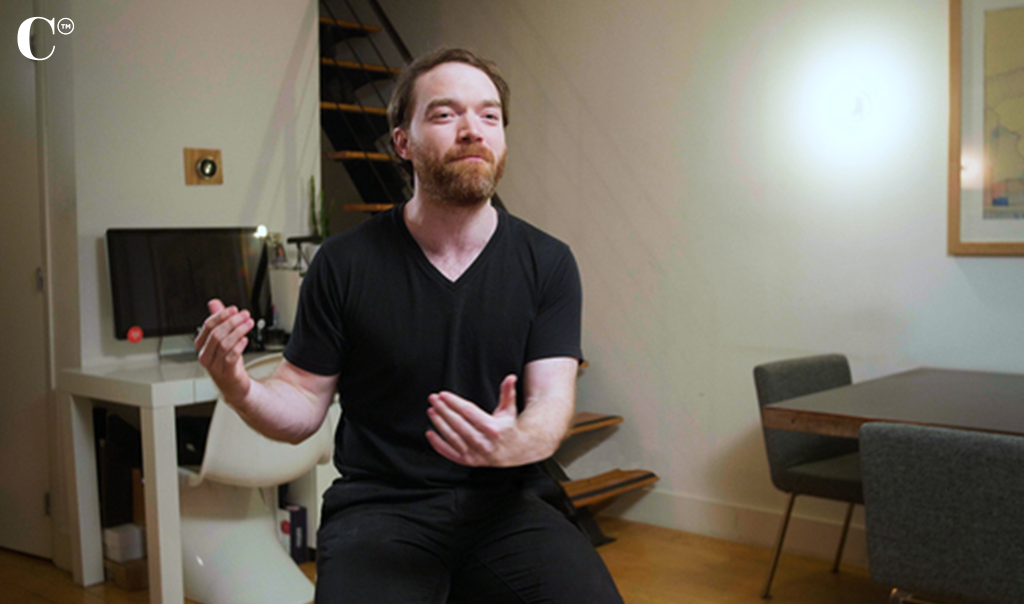 The documentary also details a specific family who lost their son due to a dangerous ride at Action Park. In addition, the demise and re-emergence of the park are covered.

Why It’s Worth Watching

The almost 90-minute documentary is an absolute must-watch in my opinion. While I had a personal connection to the content before screening this, I absolutely feel this is a documentary anyone can relate to and become immersed in. Thinking about how many laws and guidelines theme parks must follow, and seeing how Action Park got away for so long with more or less following none, was completely fascinating. It was also captivating to see how many people kept going to Action Park, even though the stories of injuries- and deaths- had circulated. It was almost like a badge of honor in New Jersey to go to the park and make it out alive. It’s also particularly enthralling knowing that you can still visit the park today (in its Mountain Creek form) where, as I mentioned, I still felt completely at risk on a ride. Finally, I enjoyed the time-capsule element to the documentary, as it captured the spirit of the 80’s so perfectly.

Overall, I would highly recommend watching Class Action Park. If you didn’t experience the “thrill” of the park in person, this is definitely the next best thing.

Make sure to check out the trailer here: