You’re probably wondering why we’re still talking about 2020 when that dreadful year is finally over. Well, awful as it 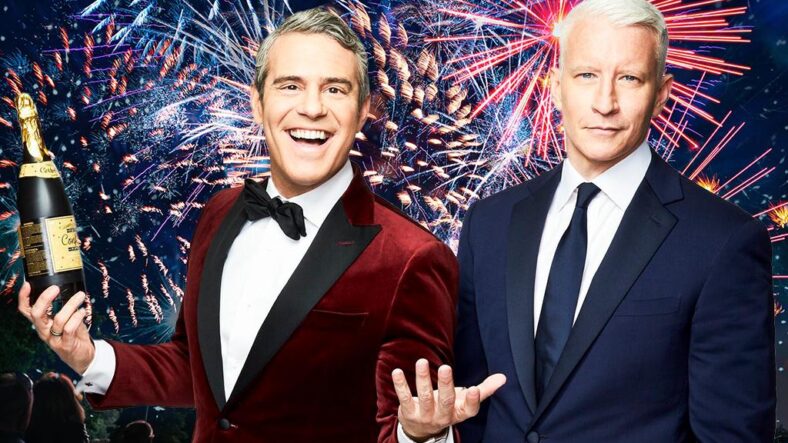 You’re probably wondering why we’re still talking about 2020 when that dreadful year is finally over. Well, awful as it was, it couldn’t have ended in a more reflective way. December 31st, 2020 was cathartic for one reason and one reason only: CNN’s New Year’s Eve Live Special. With the lockdown in full effect, viewers from home enjoyed watching charismatic co-hosts Anderson Cooper and Andy Cohen cheerfully ring in the new year. Many aspects of this year’s special – in all of its chaotic glory –  embrace the absurdity of the year 2020. Cooper and Cohen’s hilariously perfect harmony guided viewers to transition into the new year. 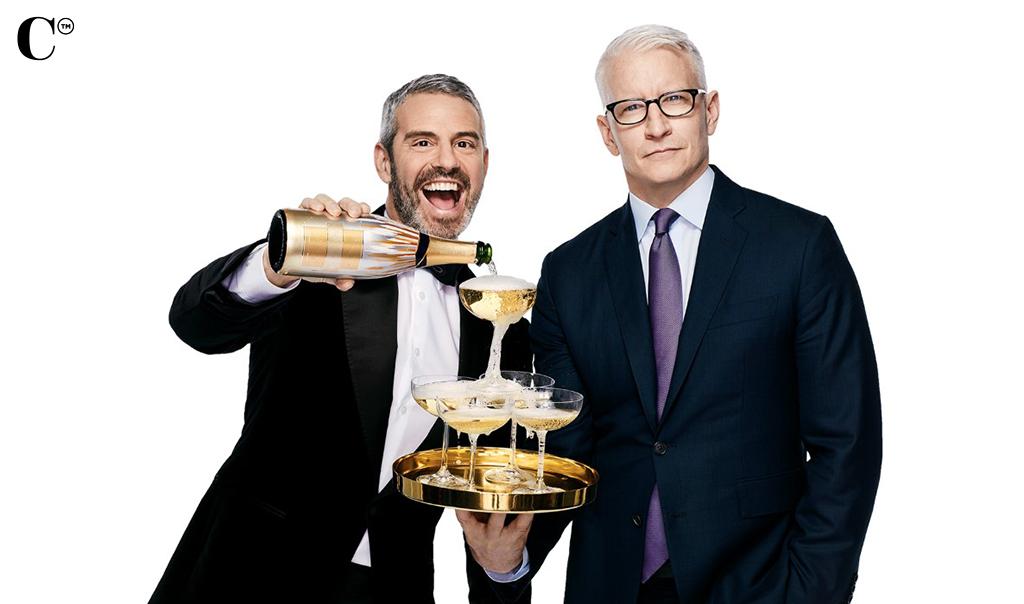 This is the duo’s fourth simultaneous year as co hosts, and their bond couldn’t be greater. Cooper and Cohen are actually lifelong friends, who enjoy competing for their kid’s cutest baby title. It’s probably because of their friendship that makes their conversations that much more authentic and enjoyable to watch.

The New Year’s Eve Special deserves more attention than average this year. It was one of the new year’s shows we recommended here. If you’re not new to tuning in, then you’re probably familiar with the quirky jokes, celebrity guests, and insanely large crowds. People normally gather around for the countdown and watch the ball drop, with colorful confetti bursting everywhere.

Last year of course, the world was introduced to an uninvited guest who is hated by everyone: covid. By following social distancing measures and health laws, the public was advised to stay home. Crowds were prohibited so most of the segments were either live or prerecorded videos that the co-hosts interact with. That being said, awkward moments did occur, but Cooper and Cohen made the best of it.

Keep Your Gin Up!

Welcoming the new year is a celebratory matter that more often than not, involves alcohol. Now what’s better than popping champagne for two (or one) while watching the NYE Special? Why, seeing Cooper and Cohen do it on-screen with you! Shot after shot, these two personalities perfectly encompassed our feelings of being out with the old 2020 and in with the new 2021.

Although there was no crowd, those two kept everyone’s spirits up by getting progressively drunk, therefore further engaging the viewers. Cohen’s voice grew louder and increasingly expressive, and Anderson’s laughter was a sight for sore eyes. Not to mention their decision to drink without chasers, which was the content we didn’t know we needed, but we’re thankful for anyway. At least we can say one good thing about 2020: it has made a straight shooter out of all of us. 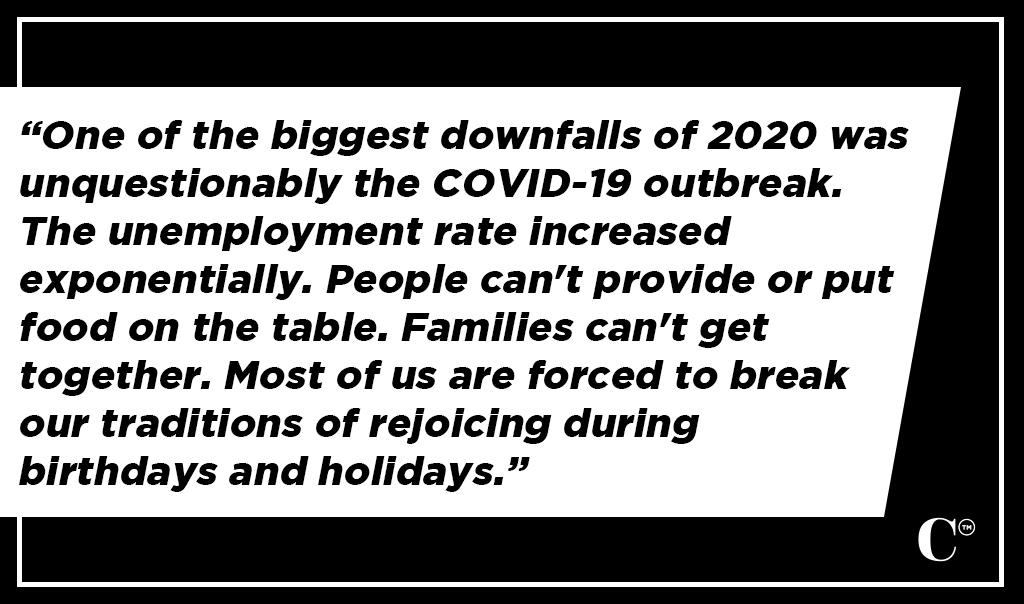 One of the biggest downfalls of 2020 was unquestionably the COVID-19 outbreak. The unemployment rate increased exponentially. People can’t provide or put food on the table. Families can’t get together. Most of us are forced to break our traditions of rejoicing during birthdays and holidays. Dinner dates and social events are now virtual, just like almost everything else. People still find themselves in an endless cycle of accepting and adjusting.

With this in mind, Cohen showing us his virtual celebration with his parents was the relatability and comfort that America needed. Dressed to impress, his parents adorably looked into the camera and answered Cohen’s interview questions. We were even shown a previous recording of him trying to teach his parents how to navigate Zoom. We could all relate to Cohen’s frustration with his parents’ lack of understanding for basic technology.

This familiar encounter was something that most of us could identify with. Not only that, but most viewers watching from an empty home were given another reason to smile. Loneliness played an essential role in each household during the pandemic, but our co hosts worked to resolve that. With many loved ones across town or across the country, these two filled the void for most Americans that night. It almost felt like Cooper and Cohen celebrated the new year right alongside all of us. 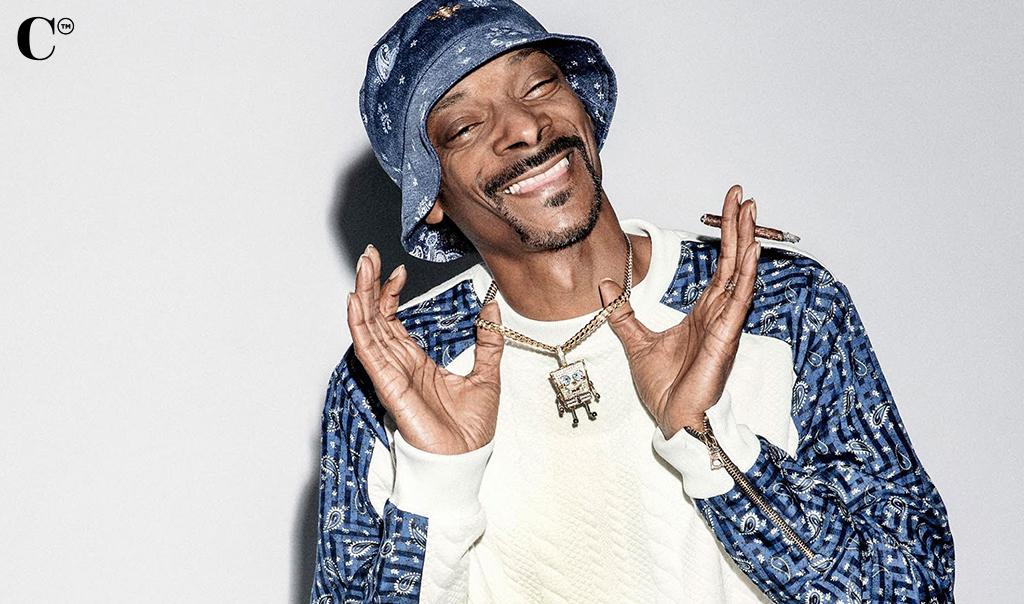 The broadcast this year presented a wide variety of guests that gave either live virtual interviews or performances. CNN’s Don Lemon appeared on screen from his home, lounging with his dogs and sitting cozy by his fireplace. American comedian and satirist Stephen Colbert took a virtual shot with Cooper and Cohen. Colbert also shared a heartfelt message about keeping a positive mindset and not giving up. American actress and comedian Cheri Oteri made a physical appearance next to Cooper and Cohen and did a Barbara Walters impression.

Actress Cameron Diaz joined the screen virtually, sitting elegantly by her Christmas tree and recalling an inside joke between her and Cohen. Diaz and the hosts played “never have I ever: COVID edition.” Their video suddenly cut out because of technical errors; followed by a laughing Cooper asking “is Cameron Diaz still with us?” This moment certainly illustrates a level of frustration that hits a little too close to home for us all.

With 40 minutes until the countdown was over, Cooper and Cohen continued their drinking games with stars. The two hosts played a game of “places you got high” with Snoop Dogg. This segment takes credit for creating 2021’s first internet meme of Anderson Cooper completely losing it with laughter.

Carole and Howard Baskin from Netflix’s “Tiger King” dressed up behind the screen and discussed shows with the hosts. Pitbull made an appearance live in New York, and Mariah Carey spoke about her new book through video interview. 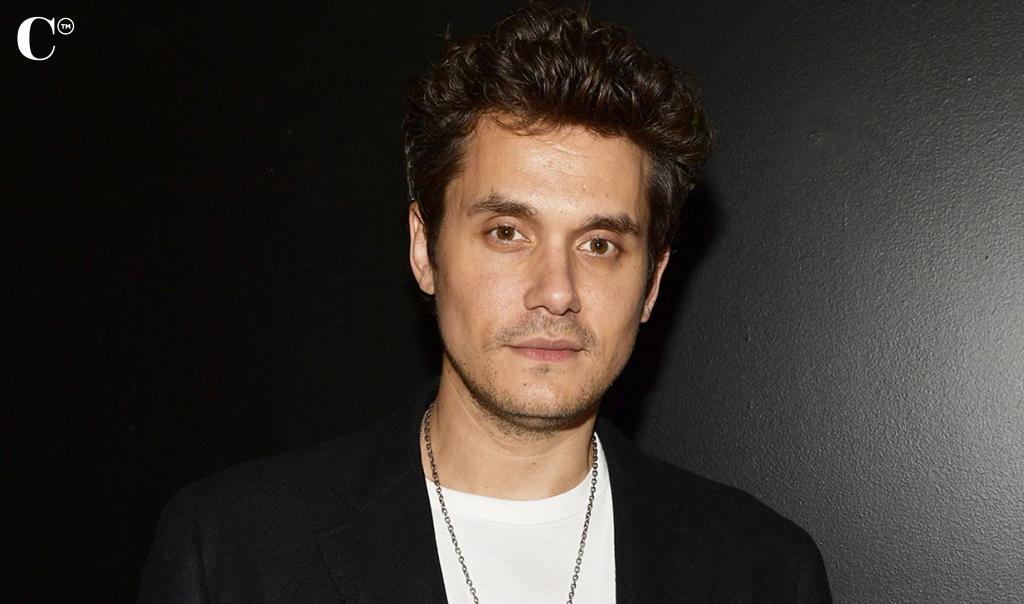 Another songbird – John Mayer – graced the screen with his presence to perform a special song remembering the lives of those that we lost. Accompanied by his piano playing, Mayer whistled and sang the melody for his song “You’re Gonna Live Forever.” Viewers were then shown a slideshow in the background of some of the lives that were lost.

From Kobe to Bill Withers and Chadwick Boseman to Sean Connery, many celebrities are unfortunately no longer with us. But there are plenty more lives lost whose names didn’t make the headlines. Innocent lives, ‘stuck in the crossfire’ lives, firefighters, nurses, doctors, essential workers, and more will be remembered. Deaths in 2020 sit a little differently with folks because we are finally paying more attention to the value of a life and how fragile it can be. 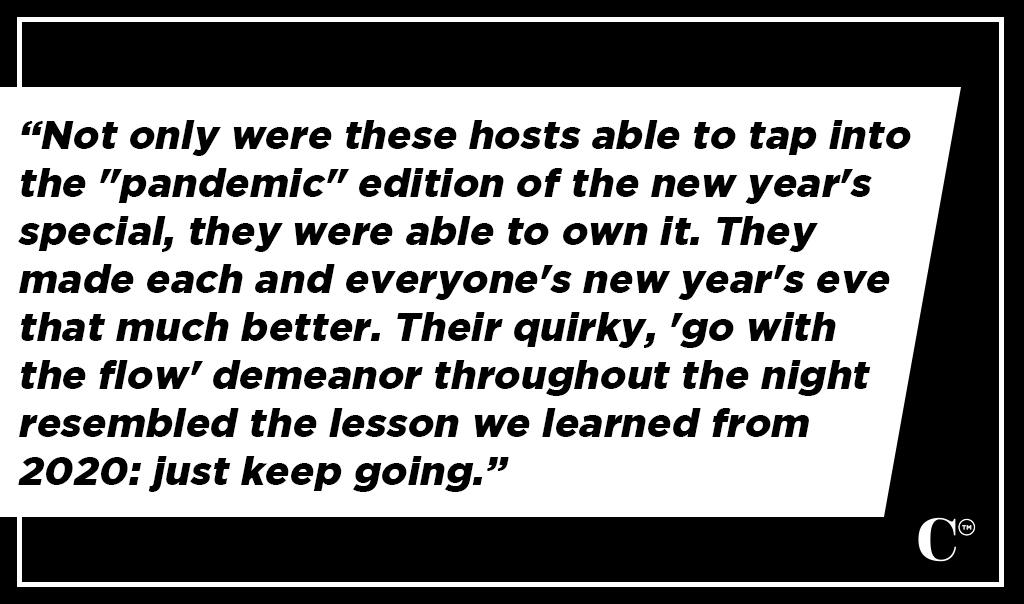 2020 is one for the books…that we can later on burn. We all want to move past this dreadful year. However, hearing Cooper and Cohen’s back and forth and watching them get drunker by the minute was the best way to conclude the year.

Not only were these hosts able to tap into the “pandemic” edition of the new year’s special, they were able to own it. They made each and everyone’s new year’s eve that much better. Their quirky, ‘go with the flow’ demeanor throughout the night resembled the lesson we learned from 2020: just keep going.

With attention to funny interviews, an unconventionally empty Times Square, and never-ending Tequila shots, our co hosts didn’t disappoint. Somewhere between a lightweight trooper Cooper and a blotto Cohen, the chapter of the year 2020 ended with a bang. Cheers to a new year!