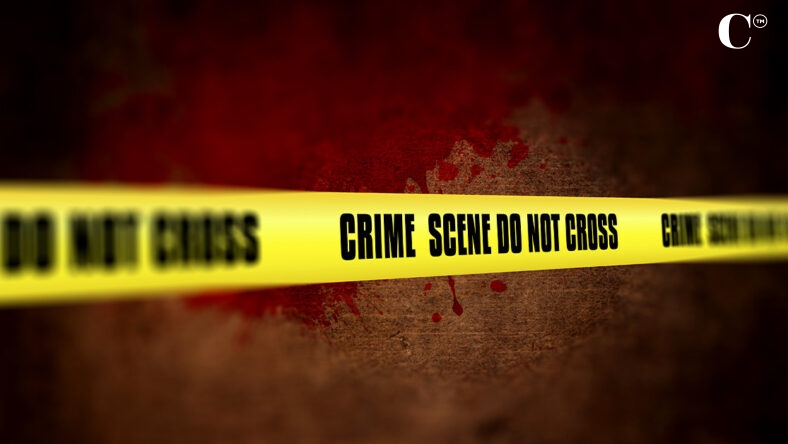 5 innocent people were killed and dozens were injured as the shooter targeted people indescriminately.

The shooter is now being charged with federal hate crimes after specifically entering a gay bar to unleash a barrage of bullets.

It’s the latest physical and horrifying proof of what happens when a nation embraces hate rhetoric in politics – and it may not get better any time soon.

Over the past few years, it feels like things have gotten more hostile and dangerous in the United States.

But it’s more than just a feeling.

Hate crimes have surged by double digits over the past two years, and rose again in the first half of 2022.

Voice of America writes, “A hate crime is defined by the FBI as a ‘criminal offense against a person or property motivated in whole or in part by an offender’s bias against a race, religion, disability, sexual orientation, ethnicity, gender, or gender identity.’

U.S. hate crimes have been on the rise in recent years, driven by factors ranging from a surge in anti-Asian sentiments during the COVID-19 pandemic to anti-Black animus in reaction to racial justice protests that broke out across America in 2020 after the killing of African American George Floyd while in police custody.

If the increases seen so far this year hold, it would mark the fourth consecutive year in which hate crimes have risen in the United States.”

And political rhetoric has certainly been fierce in recent years.

Many conservatives have latched onto the concept of tying free speech to oppression. If a social media platform censors a post, their “free speech is being violated.” They have made it their platform to defend free speech in all its forms.

That includes, according to these political pundits, the right to hate speech, such as that spouted by Kanye West during recent antisemitic rants. And an inaccurate and antisemitic video shared by NBA player Kyrie Irving.

But while a politician may pontificate about hate speech and then go home and treat people basically decently, they neglect to take into account the effect their words have on others.

People who are prone to following the leader (often the case with most extremist political followers on both ends of the spectrum) are easily goaded into violence and action by those leaders.

Case in point: the January 6, 2021 attempted insurrection at the Capitol.

Followers of former POTUS Donald Trump claim that they arrived at his behest and did what he asked them to do – violently invaded the Capitol building and sought to assault members of Congress as well as Vice President Mike Pence for certifying the duly elected new President.

And it goes beyond that. When people like Trump and Florida Governor Ron DeSantis spout anti-transgender or anti-Black sentiment from their respective platforms, people listen.

And while some people may just nod and agree, others take it as a call to action.

A call to action which is increasingly leading to the violent deaths of innocents. They’re being shot to death in Black churches, at schools, at their places of employment, and at a nightclub just trying to enjoy life – and there’s one common thread: hate.

Politicians have a responsibility to be accountable to the rhetoric they spout and the actions that spring from it, but the new ethos – “free speech at any cost” – continues to be the political gambit for those trying to seize on the anger of the disaffected to harness their votes.

While conservative politicians are the majority of those defending the right to hate speech, it’s a bi-partisan issue that all politicians have to hold themselves accountable to, as well as celebrities and other public figures. But don’t expect that to happen any time soon.

There is little good news to come from the violence of November 20, except two things: the fact that no more lives were lost, and the truth of the heroes who stopped the violence.

The person who tackled the gunman to the ground and stopped the massacre, along with the woman who helped him, belong to maligned communities who are frequently overlooked and mistreated, and it’s a wake-up call for America.

Army veteran Richard M. Fierro was at Club Q on the night of November 19 and morning of November 20, enjoying a drag show with his wife, daughter, and friends.

When the shooting started, the four-tour combat veteran slipped back into his trained skills.

He told himself, “Fight back. Protect your people.”

And that’s exactly what he did. Unarmed and taken unawares with the rest of the patrons, Fierro forced his way through the chaos at the club – running towards the gunfire, not away.

He tackled the suspect, then beat them* bloody with their own gun. Fierro began barking orders to those around him, while a woman passing stomped on the gunman with her high heels. Nearby patron Thomas James pulled the gun away.

That second hero was a so-far unnamed transgender woman who was brave enough to get involved even when people were dying, bleeding, and screaming around her.

“I don’t know exactly what I did, I just went into combat mode. I just know I have to kill this guy before he kills us,” Fierro told The New York Times.

When asked about Club Q in general and his attendance at the drag show, Fierro said, “These kids want to live that way, want to have a good time, have at it. I’m happy about it because that is what I fought for, so they can do whatever the hell they want.”

It’s a grim reminder that those America often throws away, maligns, and treats with disdain are a rich and vital part of the nation’s soul.

Unarmed, there for a night of enjoyment, Fierro still rallied to save lives. And the woman who stopped to help him did more than all of Uvalde’s police department during the horrifying school massacre at Robb Elementary earlier this year.

As politicians latch onto the concept of harnessing hate and rage and disaffection to drive voters to the polls, they’re missing the bulk of the message: America is full of a rich and diverse population with people who all bring something different and beautiful to the table.

And instead of finding ways to make people more enraged at one another, politicians should be focusing on helping us understand and respect each other’s differences and diversities.

As the culture war in Florida spreads to other states and rages on Twitter, innocents continue to pay the price of political rhetoric with their very lives.

Already on Twitter, right-wing politicos like Ben Shapiro are focusing their ire on left-wing activists rather than focusing on the culture of hate and violence that led to yet another mass shooting. And overnight, multiple people were shot and killed in a Virginia Walmart by an employee.

Instead of finding ways to encourage people to appreciate each other, America is receiving another dose of more of the same hate and anger.