Congratulations Bennifer! Here are the Top 10 Times Ben Affleck and J-Lo Have Made Us Sweat, in Honor of Their Surprise Nuptials

It all started 20 years ago on the set of Jennifer Lopez's movie, Gigli. While the movie itself was a 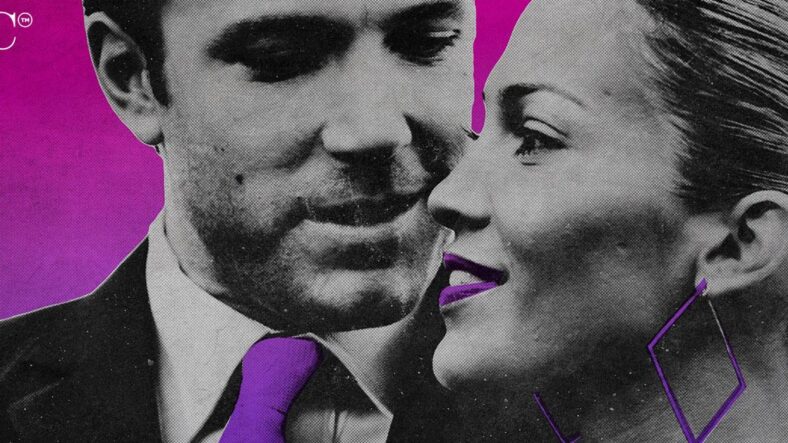 It all started 20 years ago on the set of Jennifer Lopez's movie, Gigli. While the movie itself was a bit of a let-down, it would create something extraordinary and enduring: Bennifer.

Ben Affleck and J-Lo met on the set of the movie, and fell head-over-heels for one another. And so did the public. They instantly embraced the couple, dubbed them "Bennifer" and set out to consume very juicy detail of the then-young couple's rising love.

But it hasn't been a straight line from then to now. Although the couple tied the knot over the weekend in a flashy Vegas ceremony, sharing their "I do's" in a surprisingly low-key ceremony, there was a time when it seemed like they had no future at all.

They fell in love in 2002, and set their wedding date for 2003 but it never came to be. They broke up and she subsequently married musician Mark Anthony, while Affleck got serious with Jennifer Garner.

But love endures. Their other relationships dissolved, the couple got back together in 2021 and by early 2022 they were engaged again.

Now they're married – and rumors suggest that she's changed her name to Jennifer Affleck, which would be a huge revelation if confirmed true.

But what we do know is that over the years, the pair has made fans sweat with their steamy on-again-off-again love – and here's a look back at those moments.

Who can forget one of the couple's very first iconic steamy scenes? In Lopez's 2002 hit song, "Jenny From the Block," Affleck joined her for the music video. And in the video, he applies some sunscreen – and he does it very, very thoroughly.

9. The Movie That Started it All

Critics said they had no chemistry in Gigli, but fans beg to differ. After all, the on-screen love scenes were enough to spark an off-screen love affair that has come full circle after two decades.

The couple hit the big screen again together in 2004 – after they had broken up, so that's a little awkward. But even the glances they shared on Jersey Girl were full of fiery emotions.

Although there are some moments that make us say "wow," you can't overlook all the sweet little moments that make everyone's hearts beat a little faster. Every time they're pictured together in public, Affleck takes the opportunity to gently kiss Lopez on the head or pull her a little closer – be still, our beating hearts.

This photoshoot that turned into an opportunity for Affleck to appreciation Lopez's beauty. After all, who could resist?

5. Literally Every Single One

Every time they go out in public together. Literally, every single time. They're so cute and romantic – it's impossible not to get a little misty-eyed thinking of all the years they've been in love.

It doesn't matter where they are – seated for an award's show, strolling the red carpet, vacationing or shopping together – the way he looks at her is enough to make anyone swoon. And the good news is, she looks back with the same passion.

In this sweet flashback video shared by Lopez herself on Instagram, you can see much-younger Affleck and Lopez together in public. These were the days of the Bennifer heyday – and anyone who was at least a teenager in the early '00's remembers just how perfect this pair looked together every time they went out. Although it's sweet to see their younger selves again, it's clear that they have both aged like fine wine.

1. It’s the Suggestion For Us

Okay so this last moment doesn't technically have Affleck in it, but there's some serious innuendo going on here and we're all about it. Lopez looks beautiful – and radiant. We're certain their weekend ended spectacularly after finally bringing their 20-year-romance to the altar.

Congratulations to the happy couple!