It has been an exhausting and heartbreaking nearly-2 years. People are tired of pandemic-related everything. From mask arguments to lockdowns,

It has been an exhausting and heartbreaking nearly-2 years. People are tired of pandemic-related everything. From mask arguments to lockdowns, arguments about school protocols and private businesses, we would all be happy to never have to hear the word, “COVID-19” ever again. But as the Omicron virus begins to surge around the world with a breathtaking rapidity, shutdowns are returning to some of the country’s biggest cities. Does that mean lockdowns will return too? It’s a fear keeping many awake at night, worrying about the economic and social ramifications of what might happen if we have to go back in time. 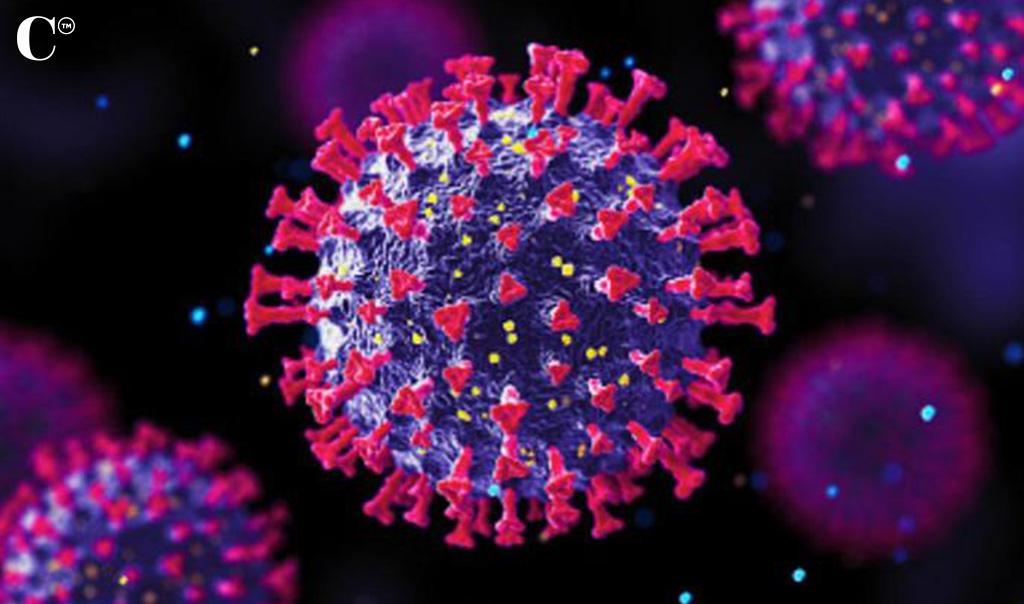 It’s back: and I don’t mean a good deal. Businesses across the country are being forced to shut down or change operations again due to COVID-19; this time, the Omicron variant. The newest spreading variant of the pandemic virus is far more virulent than the original, with an r0 factor of 3 to 5. Meaning that three to five people may catch the virus for every positive case; the original COVID-19 virus only had an r0 of around 1. There does seem to be some good news such as the fact that a two-shot, one-booster vaccine regimen seems to be working well against severe cases of the virus. However, vaccines don’t stop people from catching or spreading the virus, they just significantly reduce the chance that a fully vaccinated individual will become severely ill or die from an infection. Overall, Omicron seems significantly more contagious but less deadly – which is good, right? Unfortunately, due to the high level of people who are still unvaccinated, there are plenty of people the virus can still work its deadly game on, and hospitals are beginning to see surges that have them concerned about the potential to need to ration care in a healthcare system already overburdened and exhausted from two years of constant hits.

We are seeing the effects of Omicron in businesses across the country, including in New York City where several restaurants are already being forced to close amid rising cases. The New York Times reports, “‘It was pretty unbelievable and shocking to me, the rate of how much it could spread within such a safe environment,’ said Jamie Erickson, the owner of Poppy’s, a cafe in Cobble Hill, Brooklyn. Her staff of 30 is vaccinated and always masked on the job, but the cafe’s commissary kitchen in Red Hook closed during the weekend after Thanksgiving because of a Covid outbreak.

Across the country, coronavirus cases have prompted similar shutdowns as both the Delta and Omicron variants advance. There have been restaurant closings in Massachusetts, Maryland, Virginia. New Mexico, Oregon, Hawaii and other states.”

Apple temporarily closed 3 locations and had workers go remote in Miami, Florida, Ottowa, Ontario, and Annapolis, Maryland out of an abundance of caution. Broadway performances have been shutdown, including one that closed after the audience had been seated, and even Saturday Night Live has been affected. After returning to live audiences earlier this year, it was a subdued SNL that played out over the weekend in front of empty seats due to concerns about surging cases. 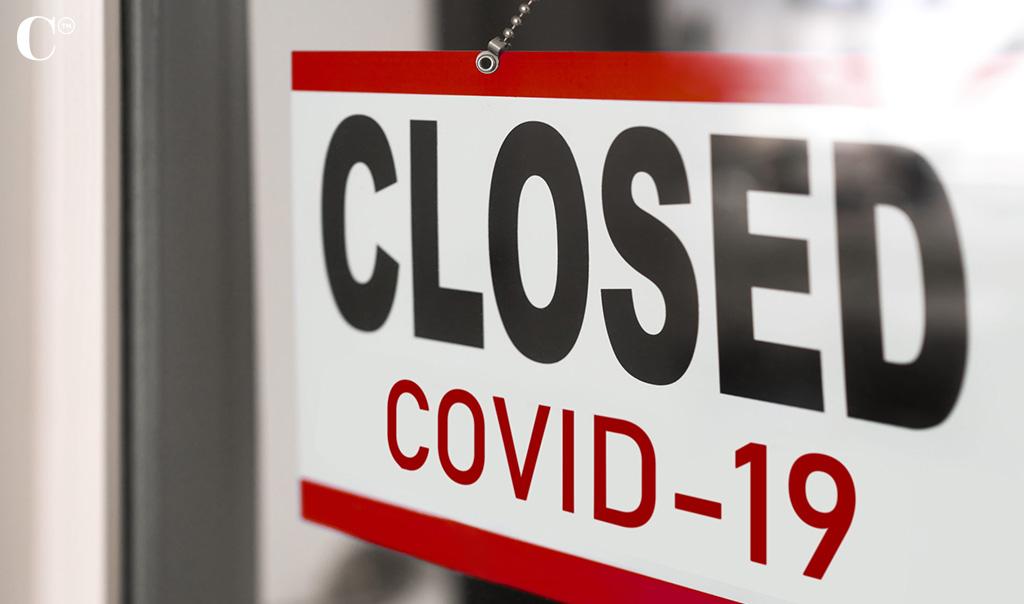 Perhaps the most concerning signal coming out of the restaurant and entertainment industry shutdowns is the addition of, “until a future date and time,” or “until further notice.” This suggests that the companies have spoken with experts, weighed the future possibilities, and have zero clue when it will be safe to resume as usual. Many restaurants are able to reopen after just a few days – but with reinfection a distinct possibility, who knows how long it will be before another outbreak forces them closed?

For many individuals and businesses across the country, the rolling shutdowns are sparking bad memories of 2020 lockdowns and the social and economic effects those had. So are more lockdowns on the way? In Europe, the lockdowns have already returned. Austria and Germany both re-entered lockdown states to try to get surging numbers under control. Both countries have extensive social safety nets, so businesses and individuals won’t close and starve respectively; the United States is not so lucky.

We can be sure states like Florida and other Republican-led states won’t shut down again. Even during the worst of the Delta variant, Florida Governor Ron DeSantis remained defiant and seemed determined to just shove his state through the pandemic regardless of the cost in lives. His tactic of, “let the virus come,” may have panned out, as Florida was seeing numbers fall again well before the rest of the country. But it came at a human cost. Earlier this year during the first three-month period in which Delta was the primary variant, 17,000 Florida residents died from the virus. The next closest death toll for Delta during the same period is Texas, with 13,000 deaths.

By contrast, in New South Wales, New Zealand, where lockdowns were swift and strict in the beginning of the virus, they already had Delta under control before it really got going. Only around 15 people died during the same three-month period in NZ, proving that lockdowns not only had an effect at the beginning of the pandemic but continue to show effectiveness.

So will the United States do what it needs to do to prevent more deaths? Unlikely. Inflation is on a breathtaking rise in the country and people are just now beginning to recover from pandemic-lockdown losses due to businesses shutting down and jobs evaporating overnight, especially in the entertainment and service industries. President Joe Biden has been hesitant to make sweeping legislation that will make people feel more restricted or boxed in; even the oft-floated mask mandates never really materialized. It is unlikely the administration would enact a lockdown and endanger the tenuous hold on recovery that the economy is showing.

Of course, that shifts the cost of the pandemic from the economy to human lives and the healthcare system, which is already in danger of collapse. Is it a prudent strategy? Time will tell.

A Breath Before the Plunge 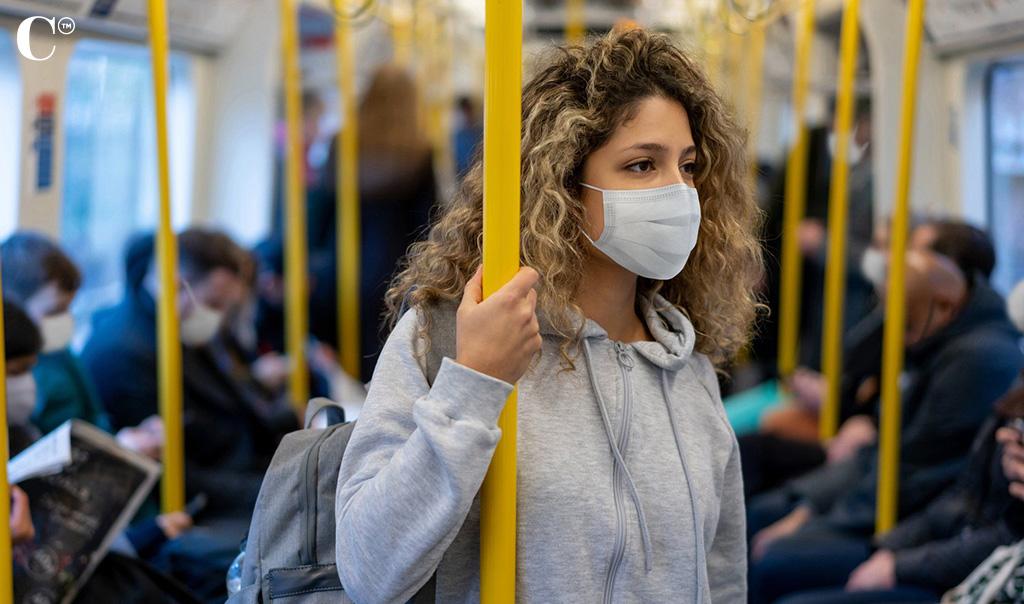 It’s a heartbreaking population that faces Christmas amidst the rise of Omicron. Across the country, people are already canceling plans and shifting their focus to staying home and staying safe. At the beginning of the year, it seemed like everyone would be able to take a nice deep breath over the summer as vaccines were welcomed with long lines and Delta and Omicron had not reared their ugly heads yet.

But all we got was a deep breath before the plunge. By the Summer, things were bad again and people were dying in staggering numbers. However, perhaps due to bad news fatigue, it seems like no one is noticing the deaths anymore. In November, we passed the grim milestone in the US of more deaths in 2021 than we had in 2020; 385K in 2020 and 386K by November of 2021.

Everyone is more than tired and fed up with COVID, but experts warn that we can’t wish away reality. Unfortunately, as the surge in shutdowns hit businesses hard around the country, reality is sinking in: COVID has to be taken more seriously if we want to shift it to an endemic phase and get our lives back as we remember them. Experts still recommend the three-vaccine regimen, masking indoors, and practical sense measures as the best way to protect against COVID; but those recommendations may not be adequate soon.