Recently, we have extensively reported on Cozy Corner Child Care Center in Kimball, Michigan, where the owner Chris VanBurskirk is

Recently, we have extensively reported on Cozy Corner Child Care Center in Kimball, Michigan, where the owner Chris VanBurskirk is married to a man, Tim, who has been a registered sex offender since 1994.

While this in and of itself would not be a problem in terms of his wife being able to run a daycare, reports started surfacing that Tim had been seen at the facility many times while the children were present. Former teachers recounted stories of Tim “relieving teachers of their duties” so they could go on breaks, being alone with children on the facility’s “nature trail,” and more.

While Chris has vehemently denied these claims- even going so far as to release a statement countering these claims- pictures were also shared on an Instagram that seemed to show he indeed was on the property during school hours. What’s more is that, aside from the information pertaining to Chris’s husband, there have been a multitude of reports filed with LARA (the Licensing and Regulatory Affairs department) detailing violations against the facility. These included a child left unsupervised, a discipline issue, and more.

Now, a parent has come forward to us to exclusively share their story pertaining to the way their daughter was treated at the center- and the details are horrifying.

A Child Was Dragged Across The Floor

We spoke to Catherine Prevo, a parent who formerly had her daughter enrolled at Cozy Corner Child Care Center and reached out to us after our initial stories to share her harrowing tale. 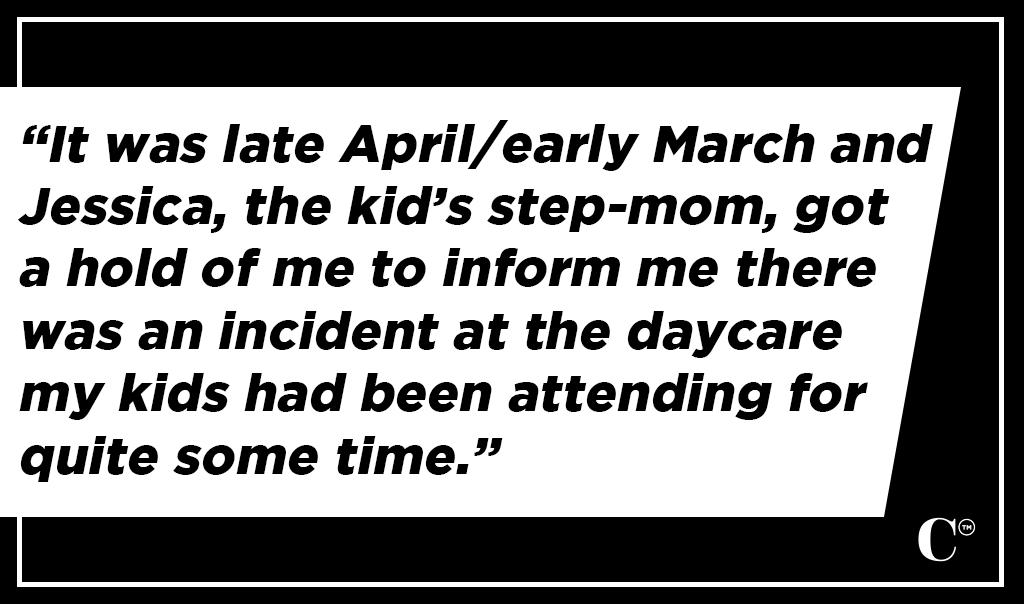 “The details behind my daughter’s incident are spread between me and their previous step-mom (her and their dad just broke up this year),” Prevo began with sharing. “It was late April/early March and Jessica, the kid’s step-mom, got a hold of me to inform me there was an incident at the daycare my kids had been attending for quite some time.”

“I asked for more information,” Prevo continued sharing, “and later that night her and their Dad showed up to drop them off. They informed me that another adult had actually reported the incident and it took three days before they had even found out.”

So what was the incident Prevo was referring to?

Prevo explained that “It turned out my daughter (who was five-years-old at that time) was having a rough day and didn’t want to listen too well. Instead of reacting properly, one of the teachers (Miss, Jenny) was her name had dragged my daughter by her wrist across the classroom floor to the ‘calm down area.’”

“Jessica pulled my kids out of the daycare instantly after a CPS (Child Protective Services) worker had contacted her,” Prevo continued sharing. “Cozy Corner had not once contacted them (Jessica or their father) to inform them of the incident and felt taking care of it was the teacher willingly quitting.” 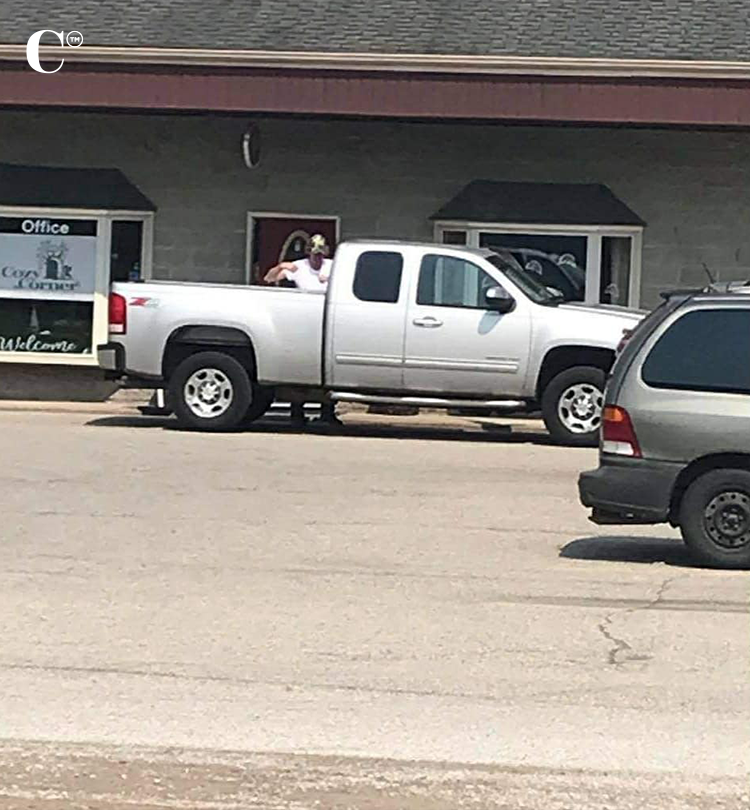 But why wasn’t Prevo contacted?

Prevo revealed to us that she asked, noting that “I then asked why was I never contacted about anything- even by a worker- and found out Cozy Corner had actually blacked out my name and number from my kid’s contact sheet because they didn’t like me and thought I was rude.”

“Cozy tried to hide so much and out of all violations they hide the one with abuse and all I can wonder is how many more children have suffered or will suffer under the care of Chris,” Prevo added.

But how did the incident end up getting reported to CPS if Cozy Corner had not told anyone?

Prevo stated that “They said another parent who was picking their kid up saw it on the monitor for her classroom, as Chris has cameras in all the classrooms and they can be seen on monitors above her desk when you first enter the building. So she (this parent) called it in.”

“It took CPS three days to get ahold of one of us adults,” Prevo also noted, “because their step-mom doesn’t have any legal say for the kids, their dad never answers his phone, and, again, the daycare had blacked out my information on their cards.” 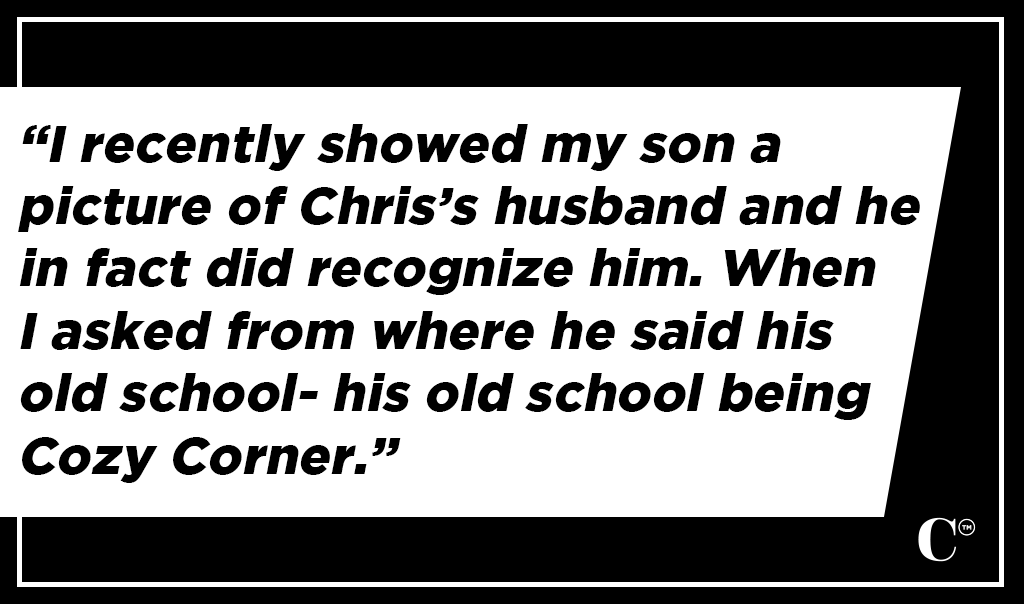 “Out of the six different adults- not including me- on their contact cards,” Prevo added, “Chris didn’t bother to get ahold of a single one when the incident happened. Tried to just ignore it

We were also curious if Prevo knew anything about the allegations regarding Tim being present at the facility.

“I recently showed my son a picture of Chris’s husband and he in fact did recognize him,” Prevo shared. “When I asked from where he said his old school- his old school being Cozy Corner.”

Prevo wrapped with telling us that she will be at a protest today that is set to occur outside of Cozy Corner Child Care Center. 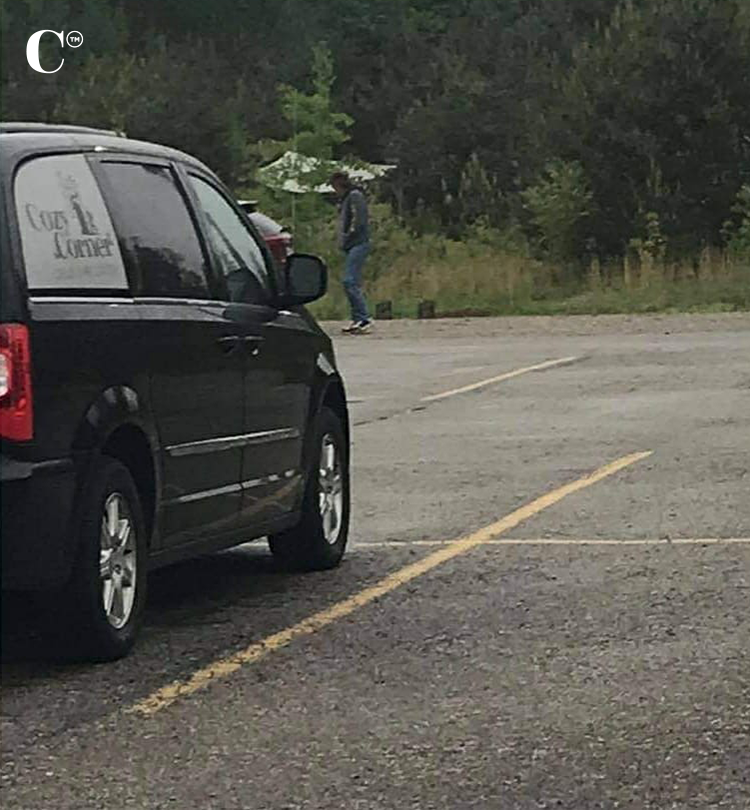 Due to all of the information that has been coming out about Cozy Corner Child Care Center- and, specifically, the allegations regarding Tim- the state has decided to investigate them according to a new report from The Times Herald.

A spokesman for LARA, David Harns, confirmed the news Monday  evening, noting that “With the recent stories regarding Cozy Corner day care, the Department of Licensing and Regulatory Affairs, through its Bureau of Community and Health Systems, is investigating the allegations along with local law enforcement, Michigan’s Department of Health and Human Services and Child Protective Services.” 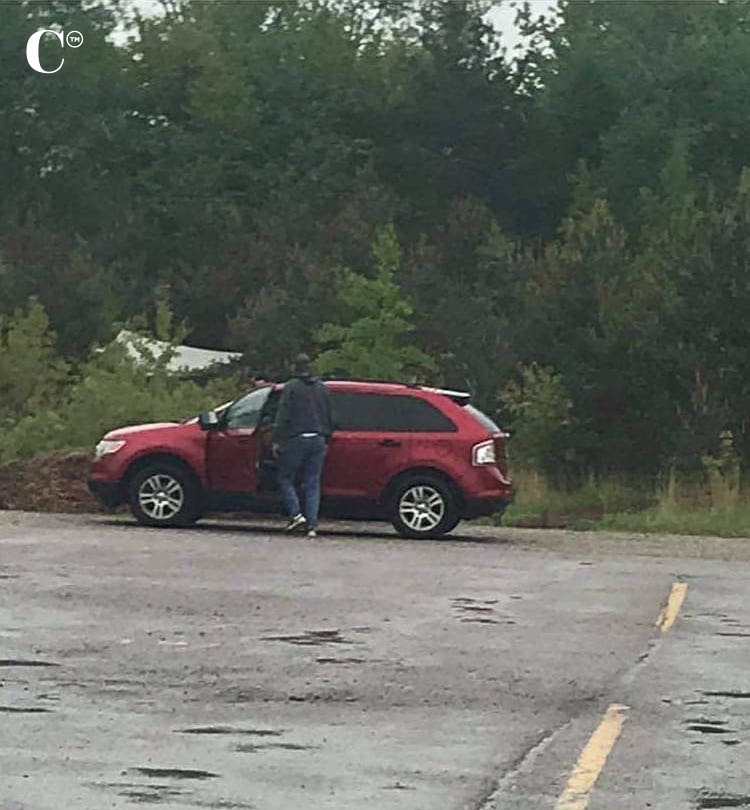 “All three agencies are working together to conduct a thorough investigation,” Harns added.

The report also goes on to note that on Monday Harns also explained that, typically, sex offenders “would not be able to be in the building with the children,” but could not “comment officially on any specific investigations.

In their report, Chris responded, stating that “This is a perfect example of social media and the internet being used for improper purposes and to promote his own political aspirations and is categorically untrue.” While she did not mention Kevin Lindke– who we spoke to in our initial article- by name, The Times Herald’s report notes that they believe that is who she is referring to.

As Prevo mentioned, there is a protest planned today from 4-6 PM outside the facility. It has been billed to “save our children” and that it’s time to “show up and show out.”