We have been reporting on Cozy Care Child Care Center in Kimball, Michigan for the last week. As our readers 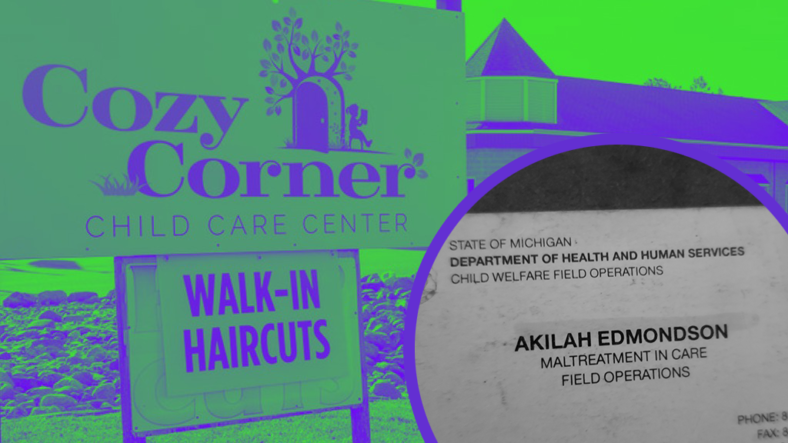 We have been reporting on Cozy Care Child Care Center in Kimball, Michigan for the last week. As our readers are well aware, owner Chris VanBurskirk is married to a man, Tim, who has been a registered sex offender since 1994. Aside from parents and former staff members claiming they’ve seen Tim at the property (and around the children), there have been multitudes of other incidents. We recently reported on one where a child was dragged, and now we have had another parent come forward to share their child was also dragged across the ground- and Child Protective Services was involved.

Another Parent Speaks Up

Kelsey Pennell, whose son Jayce was a student at Cozy Corner Child Care, reached out to share her son’s harrowing tale.

“While my son was attending Cozy Corner, he was assaulted by a teacher who worked at the facility,” Pennell began by sharing with CELEB.

“I arrived that afternoon to pick him up,” Pennell continued, “and I witnessed the teacher dragging him by one of his ankles & one of his wrists through the mud, all the while he was screaming ‘let me go’ and crying.”

Pennell’s went on to detail that Jaycewas injured from this, explaining that “This resulted in cuts, scrapes, and bruises over his entire body- THROUGH his JEANS.”

“I contacted authorities,” Pennell then told CELEB, “which resulted in one of their MANY ‘special’ investigations they have undergone. This happened four years ago. I pulled my son out of that center immediately, and within the next 2 weeks was when the two-year-old boy was found out in the road.”

Pennell offered up a photo of the caseworker from Michigan’s Child Protective Services (CPS) who tended to her case, as seen below:

On the back of the card reads “Please examine Jayce’s arms, wrist, legs + ankles due to being grabbed at daycare. CPS will request medical records.”

Here are the photos: 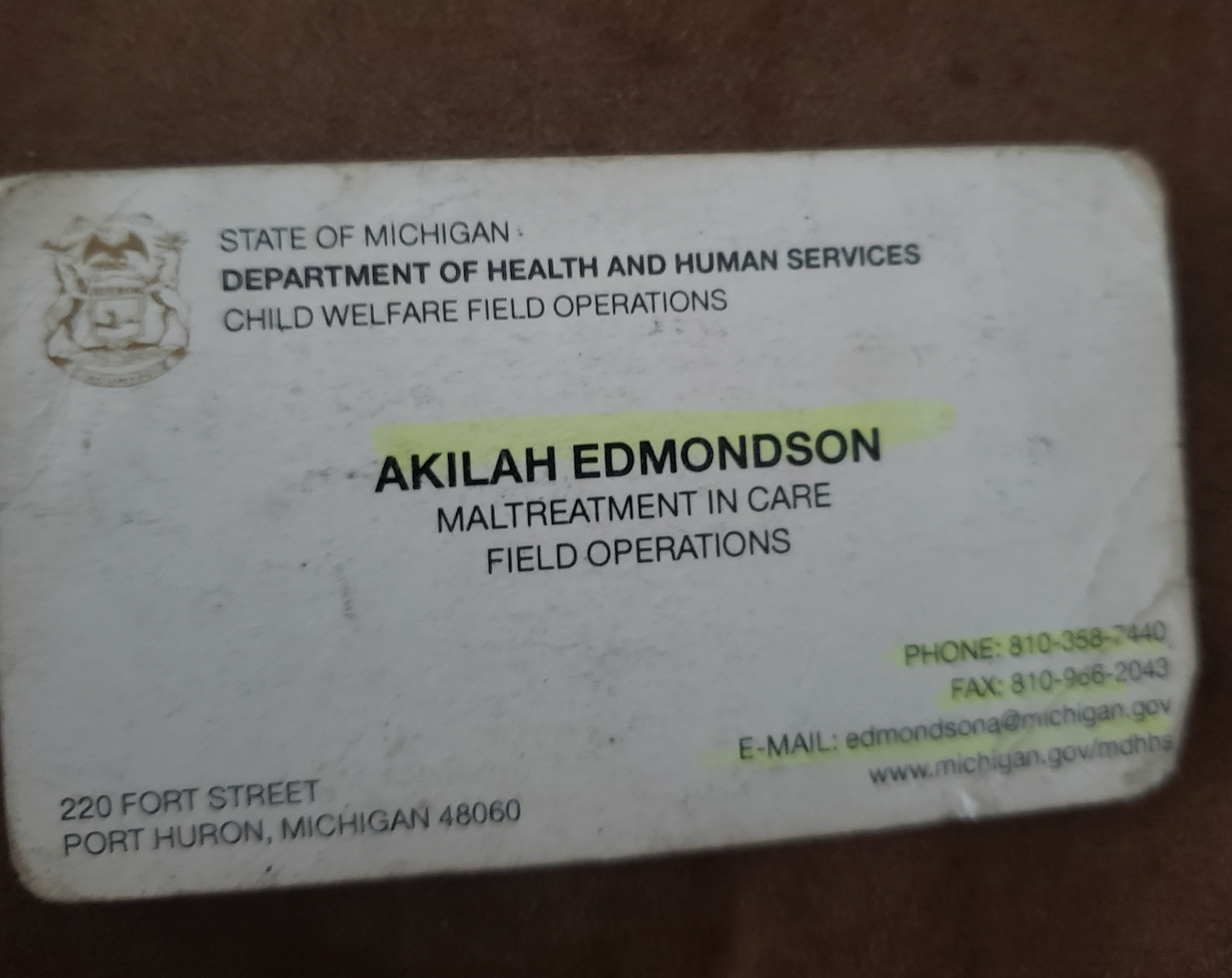 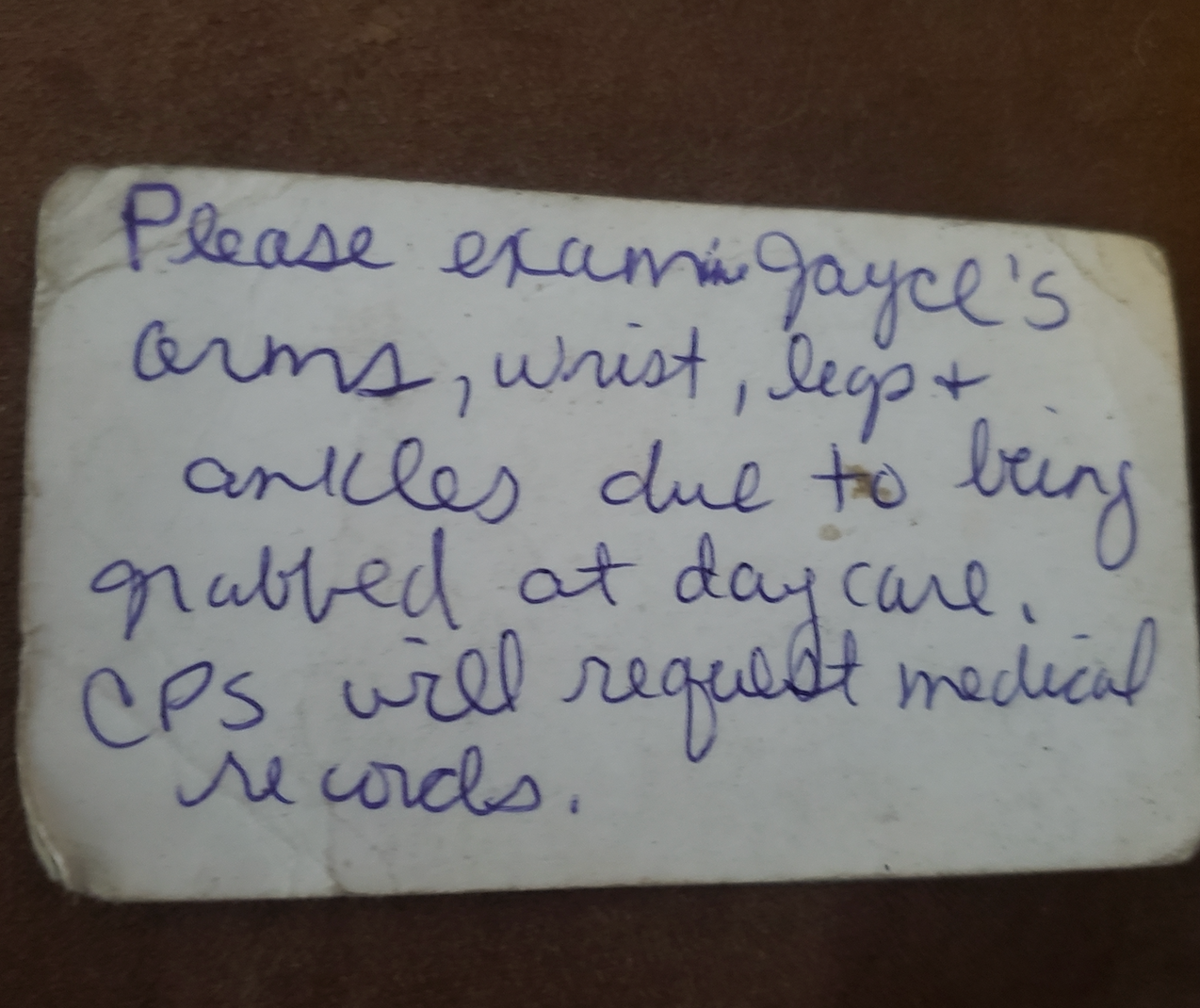 Of the CPS worker, Pennell stated that “She came with the police to our home, then wrote that on the back of her card to take to the hospital with us because she examined him and had seen the bruises, scratches, etc. on him and wanted the hospital to know every where to look.”

Penell provided a statement from Jayce, who confirmed to CELEB what his Mom had shared with us.

“I was abused here,” Jayce explained. “I was dragged through the playground. At the park, I was playing, then I got dragged (at Cozy Corners play area) on the ground.”

“I had bruises and stuff all over me,” Jayce also confirmed, “from getting dragged because one of the teachers dragged me because it was the end of playground time, but I was already coming out.”

“I was drug through the ground,” he reiterated.

As far as why Pennell decided to share her son’s story now, she explained to us that “I figured I would share my son’s story in hope’s this gets more media attention to hopefully get this child care center shut down for good!”

Seeing as we have had so many people coming forward about Cozy Corner, something tells us this will not be the last we hear of things that have gone wrong there. For what it’s worth, there was a protest held earlier this week where a lot of people showed up with the hope of continuing to shed light on this horrific situation.