Dave Portnoy for President ’24: He Saved America’s Small Businesses, Now Can He Save America?

After the most contested, talked about and lamented presidential race in U.S. history, the run for 2024 is already heating 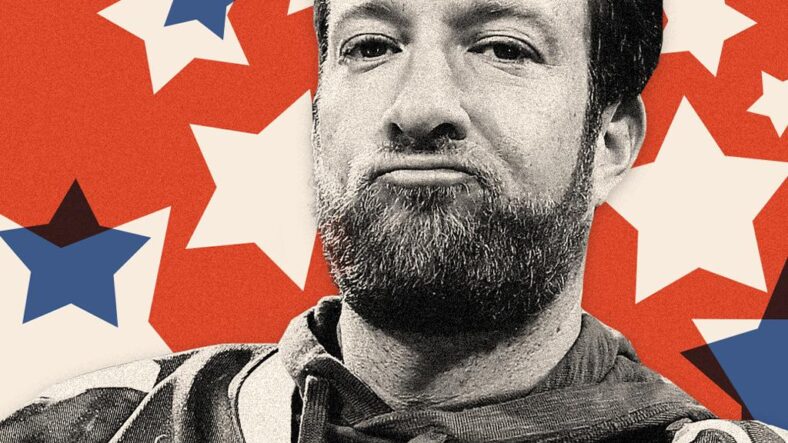 After the most contested, talked about and lamented presidential race in U.S. history, the run for 2024 is already heating up. The 2020 U.S. Presidential Election broke records with millions of dollars wagered on the outcome across the planet. Now overseas gambling sites have been rushed by early odds seekers, placing bets with fervor on who will be top seed in a bracket that doesn’t start for another 24 months. However, a strong candidate is rising like a phoenix from the ashes of America’s forlorn greatness—Barstool Sports “Stool Presidente” Dave Portnoy—who announced via Twitter March 1 that he will be running for president.

As a result, Nik Lamas-Richie, CEO of CELEB, is endorsing Portnoy for President ’24 and he’s backed it up with a $7,500 prop bet for the Internet disruptor to take the election at +14000. Lamas-Richie placed the landmark wager on March 22 in honor of Portnoy’s 44th birthday. If he is to win the next U.S. Presidential Election on November 5, 2024, the payout will be $1,050,000. Here are a few reasons why we think Portnoy can pull this off. 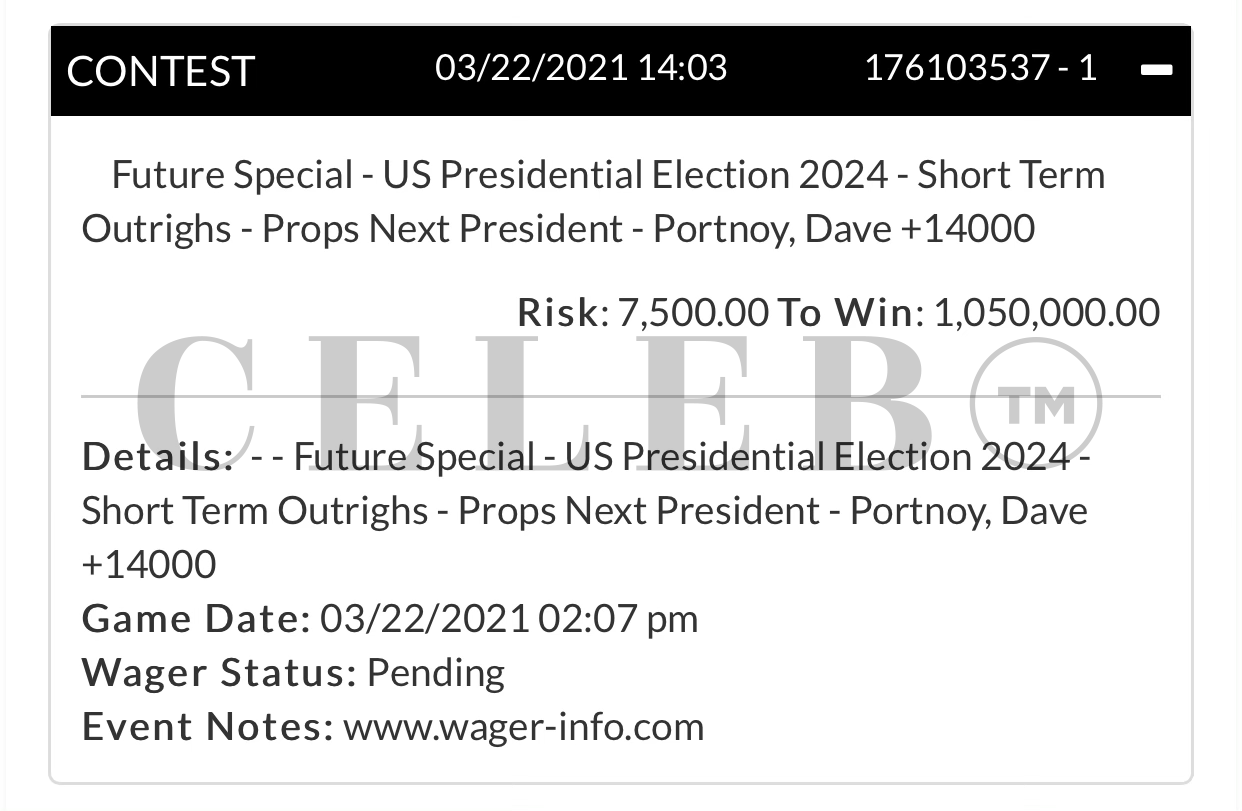 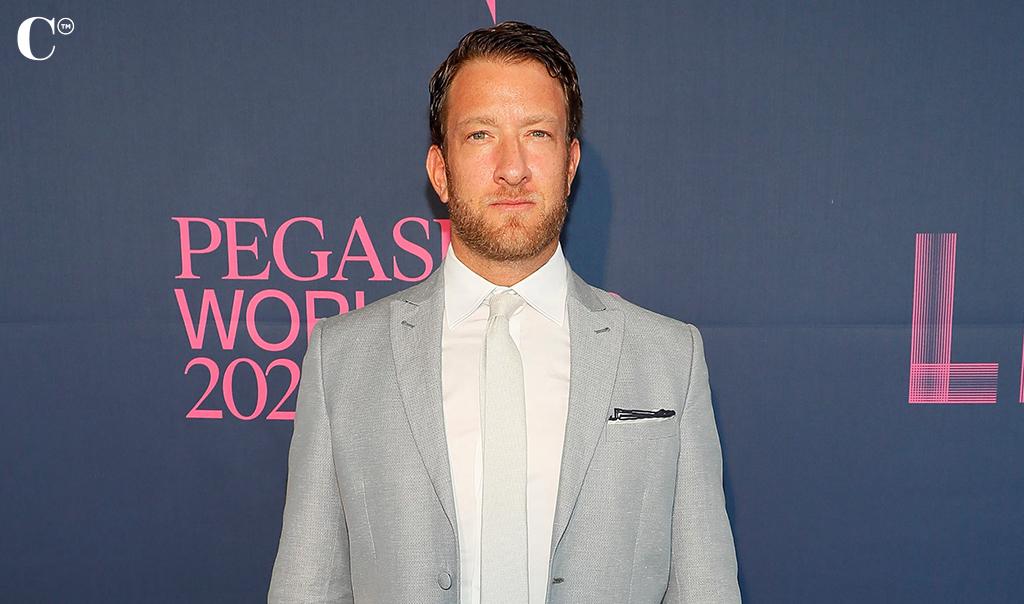 Through his Barstool Fund, launched in December 2020, Portnoy has raised more than $37,000,000 for America’s small businesses. He started the campaign by blasting the Federal government for its lack of relief for the country’s hard-working entrepreneurs—who are his most ardent fans—suffering tremendous financial losses from the COVID-19 shutdowns. “How are restaurants going to survive? Nobody in the government seems to care. Or at least no one is acting like they care,” he said in a video. Portnoy kicked it off with $500,000 of his own money and encouraged businesses who have kept their employees on payroll to submit an application if they needed funds, and for those with means to make a tax deductible contribution.

This man of the people has roused more than 200,000 supporters to action with 330 businesses reaping the rewards. Imagine what he could do as the leader of the free world? 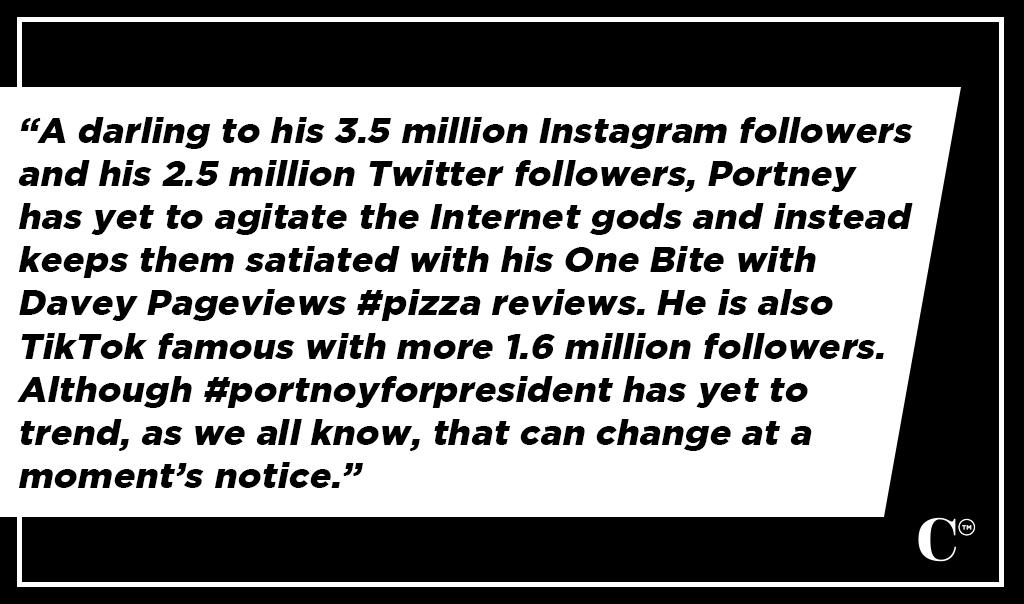 Unlike former President Donald Trump, Portnoy has a social platform. A darling to his 3.5 million Instagram and his 2.5 million Twitter followers, Portney has yet to agitate the Internet gods and instead keeps them satiated with his “One Bite with Davey Pageviews” #pizza reviews. He is also TikTok famous with more 1.6 million followers. Although #portnoyforpresident has yet to trend, as we all know, that can change at a moment’s notice.

Portnoy Wanted to Be Mayor of Boston, But Was Saved for a Bigger Mission 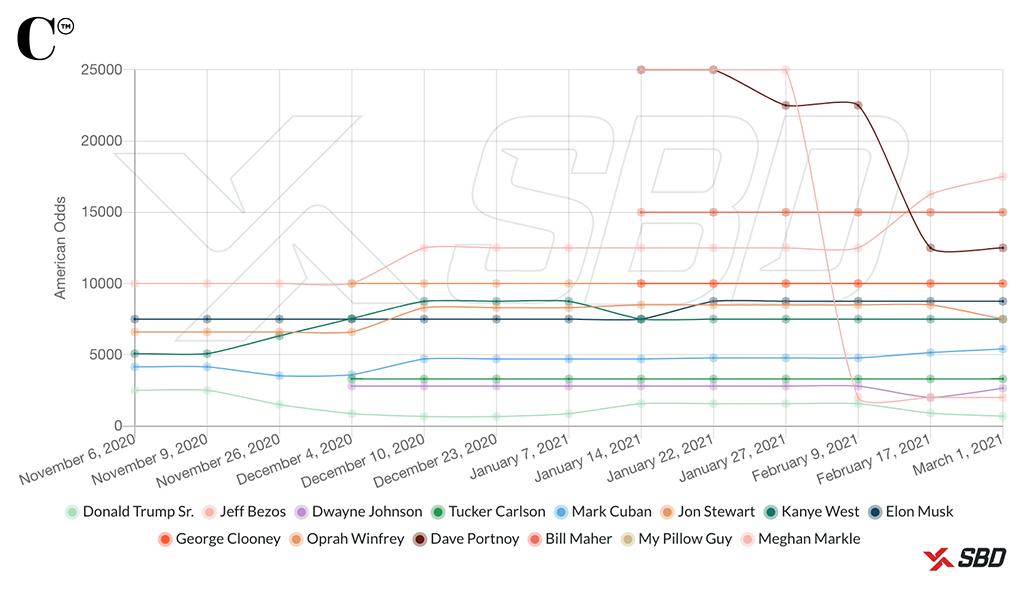 In 2013, Portnoy launched a campaign to become Mayor of Boston. He raised $17,000 but didn’t get enough signatures to qualify. One can only assume that the universe has bigger plans for the then-Libertarian almost candidate.

Tugging at America’s Capitalist Heart Strings, Portnoy Fronts a Betting App But Can’t Take Odds on His Own Race 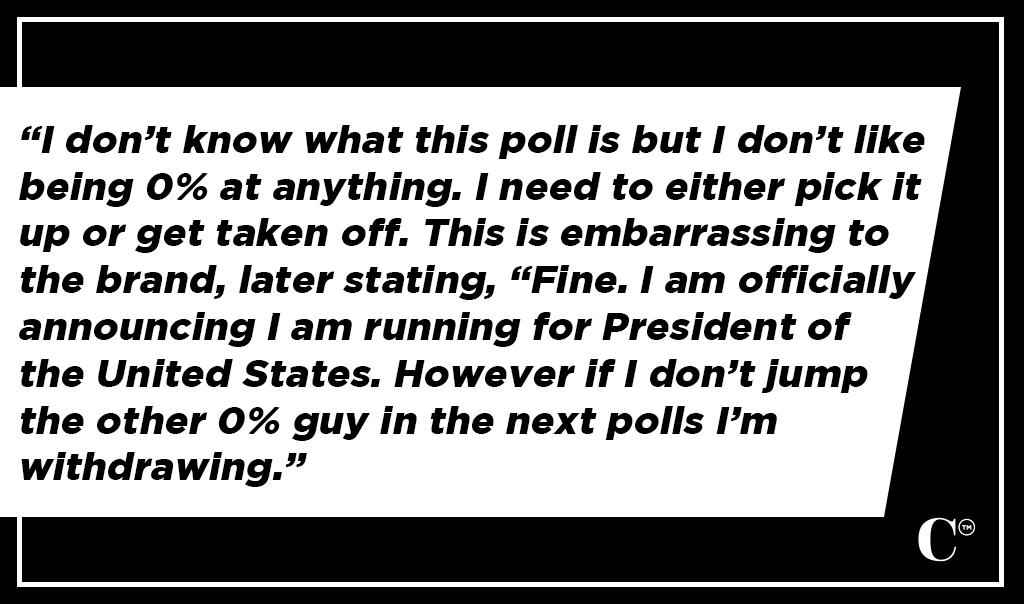 Currently, no states allow sportsbooks within their borders to take action on the results of any U.S. elections, therefore Penn National Gaming’s Barstool Sportsbook app now live in Pennsylvania, Michigan and Illinois won’t be allowing wagers on their frontman’s chances. Hypothetically, American’s notoriously love an underdog and they will certainly view this as an aberration and cancel Portnoy’s competitors.

According to Oddschecker.com, “British bookmakers have recently added Dave Portnoy to the betting to be president in 2024 with odds of 100/1 which implies a 1 percent chance that the founder of Barstool Sports will be the next President of the United States.” Then when Twitter account @politics_polls put him at a 0 percent chance of winning, the notoriously competitive Portnoy jumped in.

“I don’t know what this poll is but I don’t like being 0% at anything. I need to either pick it up or get taken off. This is embarrassing to the brand,” later stating, “Fine. I am officially announcing I am running for President of the United States. However if I don’t jump the other 0% guy in the next polls I’m withdrawing.”

Based on a graph from SportsBettingDime.com, as of March 1, Portnoy’s odds are getting better as he has hedged both Bill Maher and Meghan Markle in celebrity presidential candidate favorability.

The moral of the story: Portnoy for President 2024 is happening, let’s make the popcorn and watch it unfold.

[Nik Lamas-Richie’s views are his own and do not reflect the views of CELEB.]