David Dobrik Steps Down from App Startup as Controversy Swirls

YouTuber David Dobrik has been on top of the social media world since the days of Vine. Once described as, 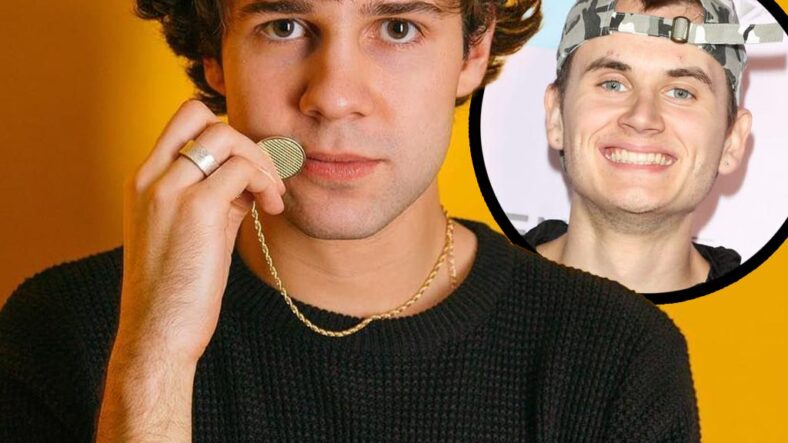 YouTuber David Dobrik has been on top of the social media world since the days of Vine. Once described as, “this generation’s Jimmy Fallon,” Dobrik’s star has shone brightly. However, after sexual assault allegations against an ex-squad member of Dobrik’s, followers and sponsors are abandoning ship in droves. And the influencer has stepped away from an app he helped create. So what happened, and why is Dobrik suddenly persona non grata? 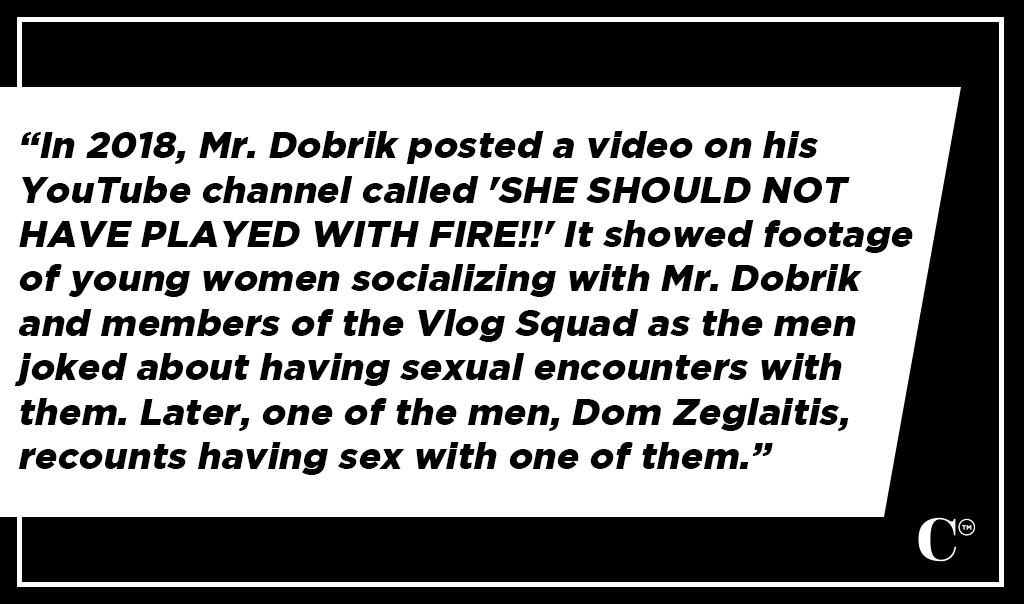 The allegations aren’t against Dobrik directly, but his involvement has raised outcry. Dom Zeglaitis, known as Durte Dom, is the former Vlog Squad member under fire for a 2018 assault. According to BuzzFeed, “On March 16, Business Insider published an interview with an anonymous woman who said she appeared in a Vlog Squad video in late 2018.

The clip was reportedly included in a video uploaded to Dobrik’s YouTube channel just a few days after the alleged incident happened, but was later removed from the platform after the woman contacted Zeglaitis and asked for it to be deleted.”

The New York Times adds, “In 2018, Mr. Dobrik posted a video on his YouTube channel called ‘SHE SHOULD NOT HAVE PLAYED WITH FIRE!!’ It showed footage of young women socializing with Mr. Dobrik and members of the Vlog Squad as the men joked about having sexual encounters with them. Later, one of the men, Dom Zeglaitis, recounts having sex with one of them.

That woman told Insider that she was incapacitated by alcohol during the course of the evening and described the experience as rape. Her account was corroborated by at least one other woman who was present.

The woman confirmed her story to The New York Times and provided pictures, texts and video from the evening to corroborate her account.

‘We’re going to jail,’ Mr. Dobrik said at the end of the video.”

Fans and Sponsers Flee in Droves 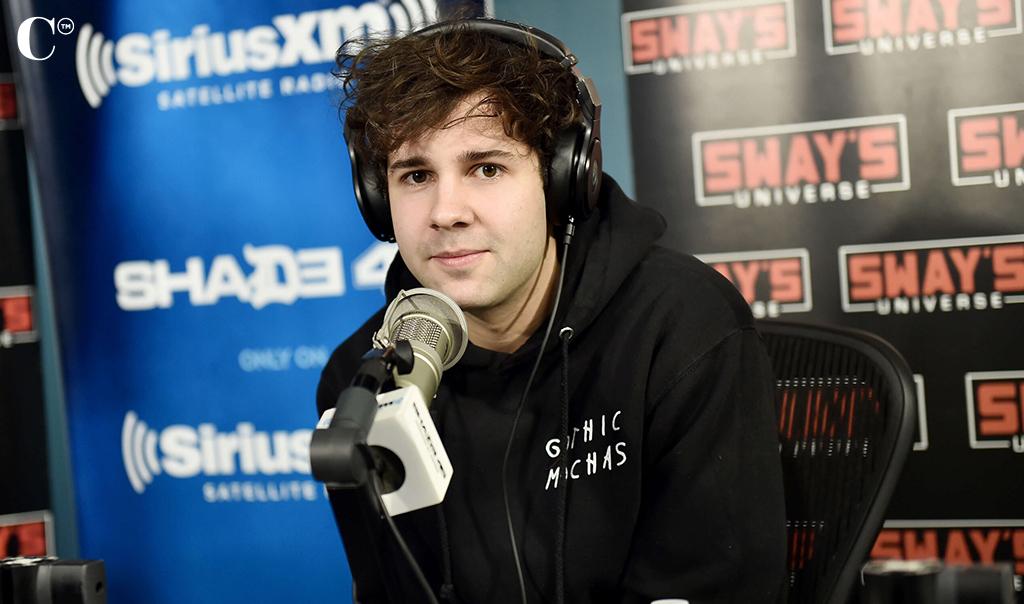 Dobrik’s parting words on the video echo ominously now as a media investigation digs into what happened between Zeglaitis and his accuser – who has not gone to the police. Sponsers, unwilling to ride the wave with Dobrik, have distanced themselves in recent days.

DoorDash, HelloFresh, and EA Sports have all decided to part ways with the embattled influencer and the Vlog Squad members. Per BuzzFeed, “A spokesperson for Dollar Shave Club told the New York Times that the company had ‘made the decision to end our relationship and cancel all planned activity.’

Additionally, ticketing company SeatGeek told Insider they were ‘reviewing’ their relationship with Dobrik and his channel.”

And corporations aren’t the only ones turning their backs on Dobrik; the influencer has lost over 100,000 followers so far this week alone.

Dobrik Steps Down from Dispo App 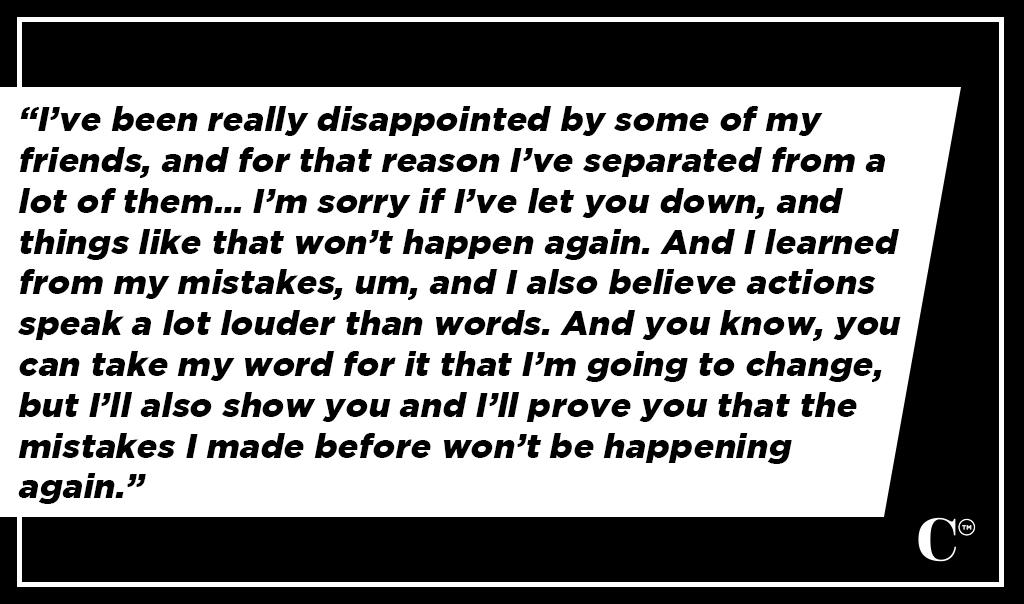 In order to avoid dragging it down with him, Dobrik has also stepped away from an app he helped create: Dispo. Yahoo! shares, “‘David has chosen to step down from the board and leave the company to not distract from the company’s growth,’ Dispo said in a statement Sunday, as first reported by tech-news site The Information. ‘Dispo’s team, product, and most importantly — our community — stand for building a diverse, inclusive, and empowering world.’”

Dobrik has declined to speak to the media but made his own apology video. The Verge reports, “Dobrik addressed the accusations in a YouTube video last week titled ‘Let’s Talk’.

‘Consent is something that’s super, super important to me,” he said in the video. Dobrik continued, ‘I’ve been really disappointed by some of my friends, and for that reason I’ve separated from a lot of them… I’m sorry if I’ve let you down, and things like that won’t happen again. And I learned from my mistakes, um, and I also believe actions speak a lot louder than words. And you know, you can take my word for it that I’m going to change, but I’ll also show you and I’ll prove you that the mistakes I made before won’t be happening again.’”

Not the Only Accusation in Recent Days 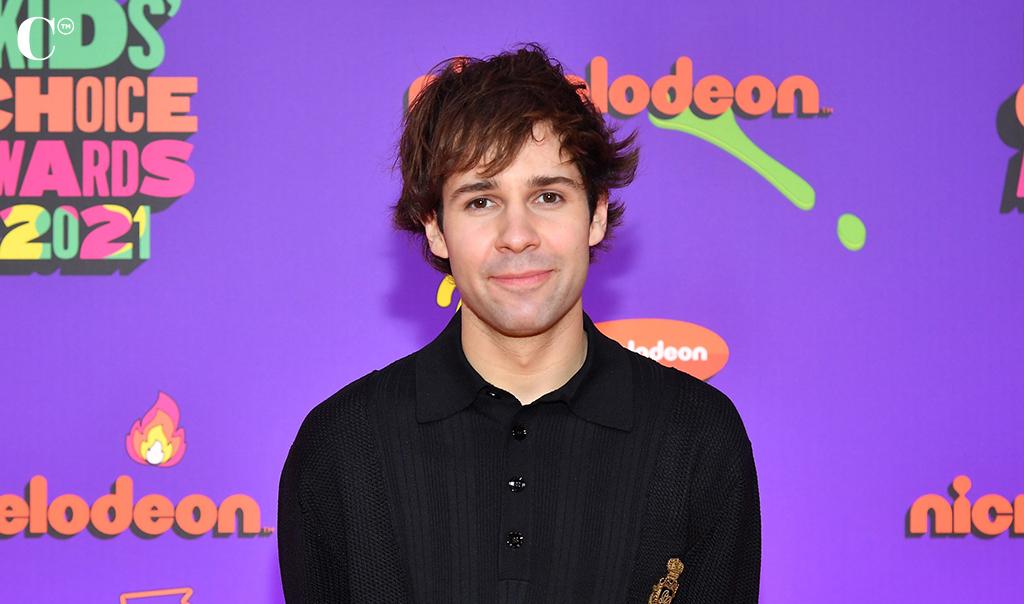 However, this comes on the heels of an accusation from another former Vlog Squad member – Joseth “Seth” Francois who said he was sexually assaulted when participating in the group’s prank videos. Francois was convinced to kiss what he thought was a woman, while blindfolded. It turned out that the person on the other end of the kiss was a man. BuzzFeed explains, “He told BuzzFeed News that he did not give consent to the kiss, and that it felt ‘wrong.’ After confronting Dobrik and Nash about the situation, Francois said, they offered him money to keep the video on the channel.

‘If they don’t know what’s wrong and they don’t understand that what they did was wrong, it makes me feel like that could still happen,” Francois said. “Or maybe it has happened to other people who are afraid of speaking up.’

‘I just want to make videos where everybody in it — whether you’re participating or watching — is enjoying and having a good time,’ he said. ‘I missed the mark with that one, and I’m really sorry. I truly, truly am.’”

While Dobrik seems eager to apologize and make amends, it’s clear that there’s a pattern of behavior involved with the Vlog Squad members. With a light being shone on these behaviors and assaults, Dobrik and his colleages – present and former – will have to reckon with the consequences of their behavior.