Miami’s King of Hospitality David Grutman has taken center stage in the media world this week. Grutman graces the cover 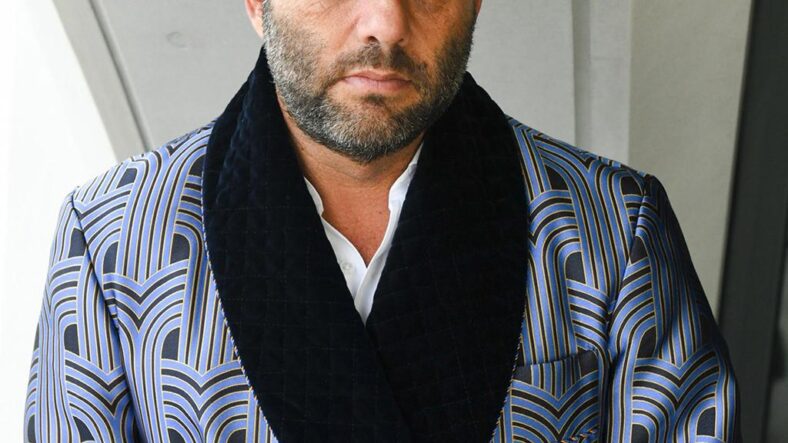 Miami’s King of Hospitality David Grutman has taken center stage in the media world this week. Grutman graces the cover of the newest issue of UK’s GQ Hype and the article tells the story of his career successes—exposing him to a whole new audience of consumers. Grutman is a force to be reckoned with and an artist in his field; GQ‘s feature of him is no surprise.

People often use the phrase, “larger than life” to describe Grutman, and it’s both entirely accurate and entirely inaccurate. Grutman is at the center of a whirling system of cogs, the linchpin that keeps an entire hospitality ecosystem running. It’s almost superhuman how he can tug a string on one project and watch it tumble into place down the line. But at the same time, he’s very real; immersed in the lifeblood of Miami that keeps the city beating day and night.

GQ‘s Zachary Weiss talks about his whirlwind first moments with the hospitality guru; “Grutman has been awake since 5 a.m. We convene at 8 a.m. on a private Sunset Island tennis court, where he rallies with tennis legends Jimmy and Nick Bollettieri, the latter of who is the spry 89-year-old mastermind behind the on-court careers of Andre Agassi, Maria Sharapova and Jimmy Arias.”

Weiss continues, “An hour later, we throw our rackets into the trunk of his Bentley Mulsanne and zoom through the Miami streets where, to Grutman, red lights are more of a suggestion.”

Grutman’s mornings are a series of fast cars and faster text messages; he’s constantly fielding contacts from his friends, business partners, and nearly 740,000 Instagram fans. Of course red lights are a mere suggestion to a man who needs 30 hours in every day. 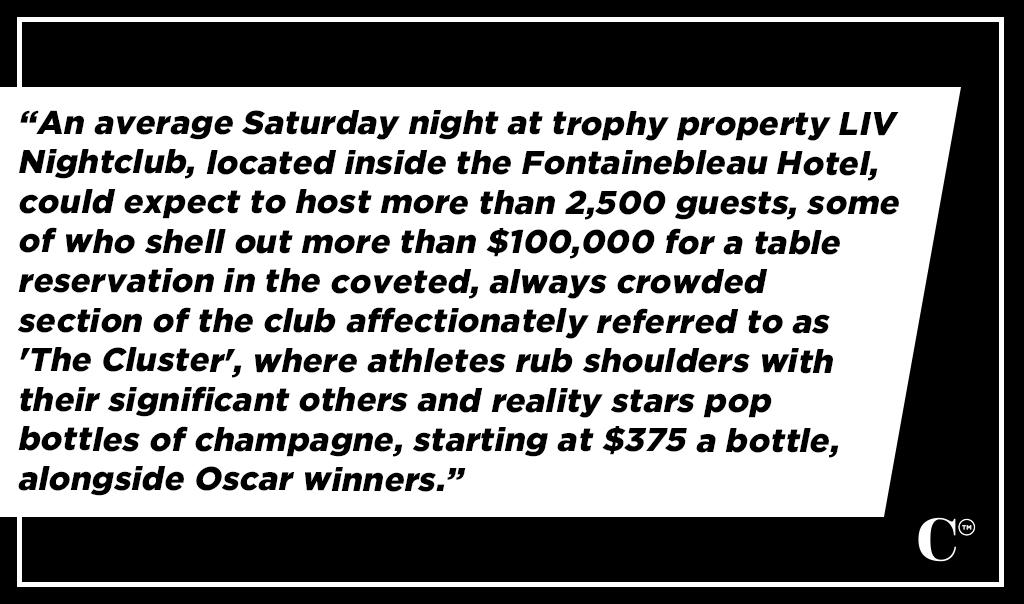 Weiss then went on to explore Grutman’s local reputation, which is immense. Some jokingly call Grutman the “mayor of Miami”—but not in his earshot. Grutman does, however, know the mayor, and as the valued city asset that he is, Grutman has a quick line to the mayor’s office.

Since he’s not officially the mayor, what is Grutman’s title? Officially, Grutman is “only” the founder of Groot Hospitality. But there’s a caveat to that only; Groot is responsible for two of the biggest clubs in the world and five restaurants in the Miami area. Grutman is also behind Groot University; a class with FIU’s Chaplin School of Hospitality that helps shape the minds of the next forerunners of the hospitality industry. Grutman is passing on his legacy in the best ways possible; but how he finds the time is a mystery.

Weiss explains that Groot Hospitality may seem like small beans compared to some of the mega corporations out there, but if you assume that, you’re wrong; “It may sound like small potatoes, but in October 2019 51 percent of Groot Hospitality was acquired by Live Nation at a then valuation of $50 million, as it is, indeed, a proven formula of bottles, models and no-holds-barred excess. An average Saturday night at trophy property LIV Nightclub, located inside the Fontainebleau Hotel, could expect to host more than 2,500 guests, some of who shell out more than $100,000 for a table reservation in the coveted, always crowded section of the club affectionately referred to as ‘The Cluster’, where athletes rub shoulders with their significant others and reality stars pop bottles of champagne, starting at $375 a bottle, alongside Oscar winners.”

Grutman is more than a company founder; he’s the center of a galaxy of stars and their favorite venues.

A Methodic Rise to the Top 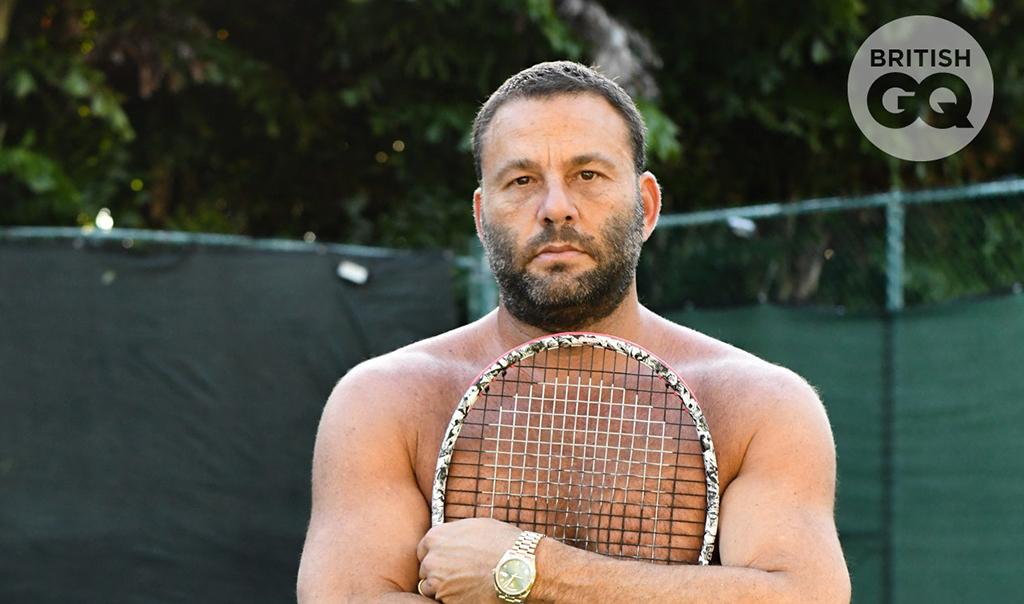 Grutman’s personal galaxy is made up of his wife, designer and influencer Isabela Grutman, and their two daughters Kaia and Vida. Both have their own nannies. Grutman also has a personal assistant—Max Pallot—along with personal trainer Anthony Rhoades who keeps the hospitality boss in fighting form.

Grutman’s career didn’t hit a single moment early on that rocketed him to superstardom; he’s worked methodically from the bottom up, making contacts along the way that helped spell the key to his success once in the big leagues. Weiss shares, “Looking back on his 25-year career, his rise has not been meteoritic, but rather a slow and methodical climb to the top, through which he’s amassed a Rolodex that runs impossibly deep. This includes Kim Kardashian, who first intersected with Grutman in 2001 when she served as an assistant and closet organiser to Paris Hilton. Together, Kardashian and Grutman have run a parallel path to notoriety, founded on their unabashed pursuit for just that, raking in hundreds of millions of dollars along the way. ‘[David] just gets me and vice versa,’ Kardashian tells GQ. ‘There are friends that come into your life and just enhance it, because they understand who you are and what your goals are. To see each other make it to where we have and reach those goals, that’s what true friendship is.’”

Grutman has been in the hospitality industry since 1995; he first worked as a bartender. Per GQ, “‘I wanted to be like Tom Cruise in Cocktail and what I really wanted was to work at this place called Bash,’ Grutman explains. ‘That place was it. It was everything to me.” Operated at the time by Eric Omores, a once revered figure in the Miami nightlife scene and later a founding partner of Nikki Beach Global, Grutman became obsessive in his pursuit to join his ranks. ‘I didn’t only want to work at Bash,’ he says, ‘I wanted to be like Eric. At the time, he had the best network in the world. Everything he touched became these cool, unique, aspirational high-end places that were powerfully magnetic, so I did everything I could to try to get this job. I expanded and worked my network like never before. I had friends of friends call him. I had girls call him. I found out everyone he was connected with and had them call him.’”

To Miami and Beyond! 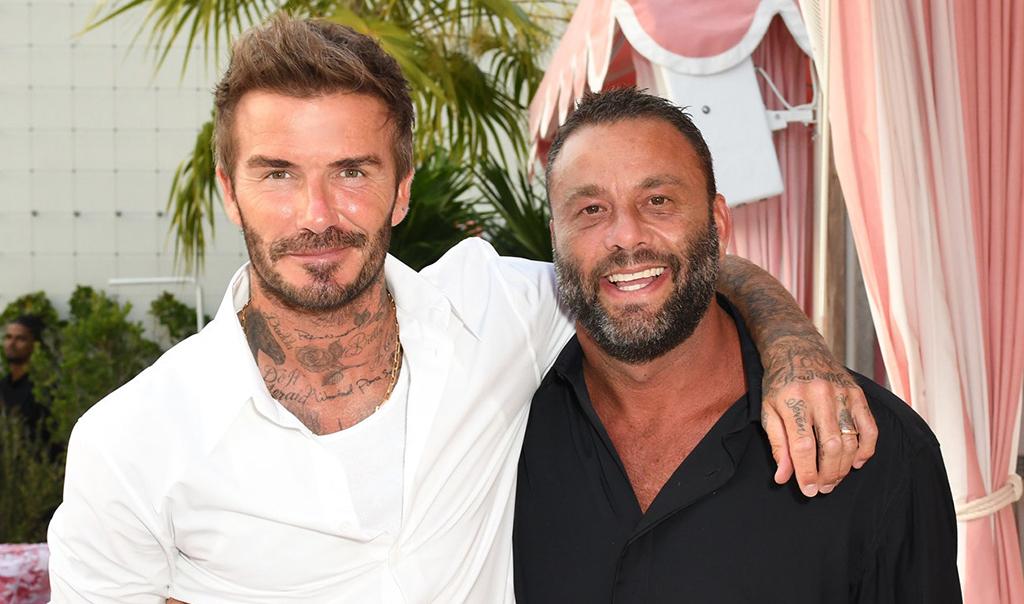 Although Grutman didn’t score that job, he took the lesson he learned from the experience and turned them into a formula for success. Most recently, Grutman has opened the Goodtime Hotel with singer/songwriter superstar Pharrell Williams, who said per GQ, “‘It’s a poetic trade off, because I’m a musician and he’s a curator, more so than just a hospitality guy, so we both end up producing,’ Pharrell tells GQ of working with Grutman. The two also cofounded Swan, a pastel-hued eatery in the Miami Design District. ‘I produce the sound in a room, he produces the energy that’s in the room and, for him, everything needs to be perfect – the food, the ambience, the style – and that’s what I do with music. Think of it like Disney World: every single thing, every piece of square footage has a team that plans it out to give you that wow factor. That’s what David is like with his places.’”

And Grutman does have plans for places. Grutman is debuting projects in Dallas, Las Vegas, Qatar, and GQ shares rumors of the possibility that Grutman may expand projects to the UK. Per GQ, “‘Miami will always be home for me, but my team and I don’t stop,’ Grutman says as we stand looking out over Biscayne Bay, enjoying his third or fourth coffee of the day. He gestures toward the South Beach skyline, his gold watch glistening in the sunlight. ‘We don’t want to just create the best experiences right here, we want to take over the world.’”