According to Demi Lovato, she doesn’t need a man to make her happy! Yep, the singer just dished on the

According to Demi Lovato, she doesn’t need a man to make her happy! Yep, the singer just dished on the best part about being single, and it’s honestly so inspiration.

“The best part about being single is knowing that my happiness is coming from no other person than myself,” she wrote on her Instagram Stories.

You go, girl! As fans know, the “Tell Me You Love Me” songstress’ post comes just weeks after she and her fiancé, Max Ehrich, shocked the entire world when they announced that they were calling off their engagement and ending their relationship, after only a few months together. But wait, who did Lovato date before him, you ask? Well, she may be single now, but over the years, the brunette beauty has been linked to some of Hollywood’s biggest stars, including Joe Jonas, Wilmer Valderrama and more. We went ahead and broke down each and every one of her relationships for you, and boy, has she had a lot of drama in her love life. Here’s everyone Lovato has ever dated and what went down between them… 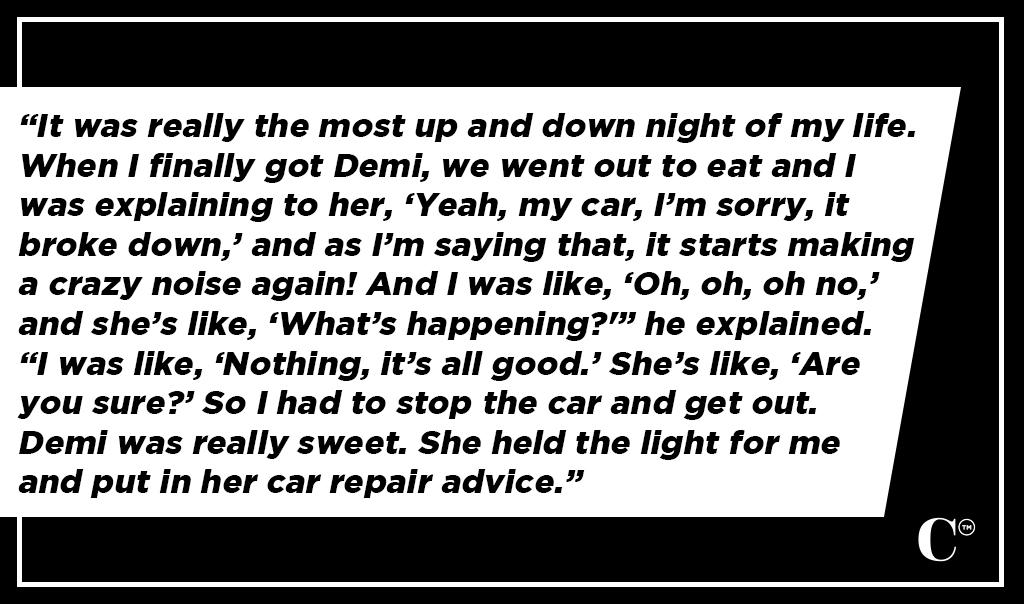 Lovato’s first public boyfriend was fellow Disney star Cody Linley. They were together for a few months in 2007, but they kept the relationship pretty under wraps at the time. After it ended, however, the actor did open up about his worst date with the Camp Rock star to Seventeen Magazine, and get this — his car actually broke down during the dinner outing!

“It was really the most up and down night of my life. When I finally got Demi, we went out to eat and I was explaining to her, ‘Yeah, my car, I’m sorry, it broke down,’ and as I’m saying that, it starts making a crazy noise again! And I was like, ‘Oh, oh, oh no,’ and she’s like, ‘What’s happening?’” he explained. “I was like, ‘Nothing, it’s all good.’ She’s like, ‘Are you sure?’ So I had to stop the car and get out. Demi was really sweet. She held the light for me and put in her car repair advice.”

Lovato reportedly dated singer Alexander Deleon from the end of 2008 to the beginning of 2009 — for about four months. There’s not a lot of info on their romance, so it’s unclear what caused them to break up in the end, but it’s rumored that Lovato’s song “Catch Me” is about Deleon.

Demi Lovato Entered Into A Relationship With Trace Cyrus In 2009 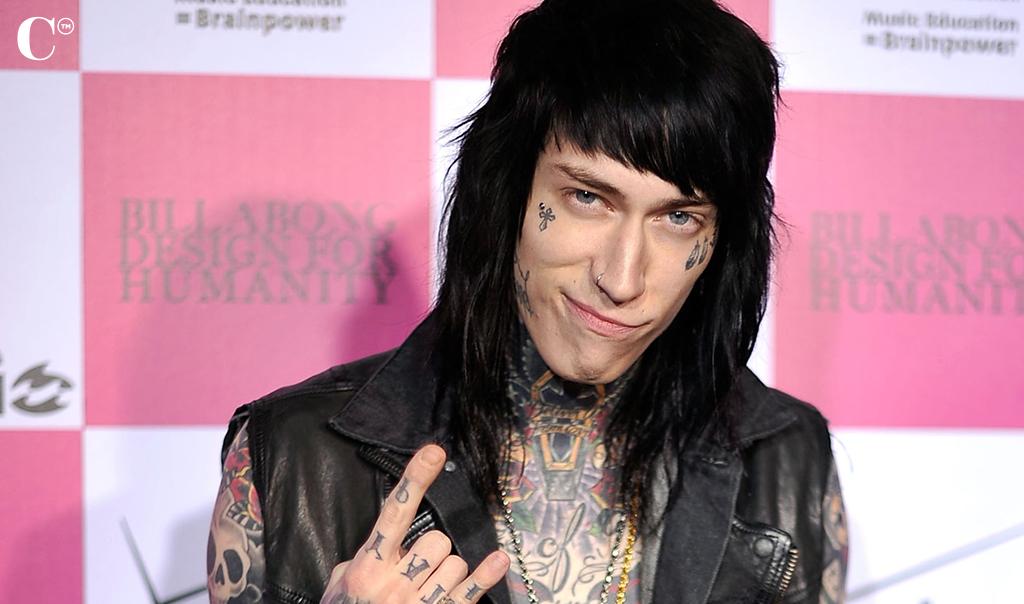 In 2009, fans were seriously shook when news hit the web that the actress was dating Miley Cyrus‘ older brother, Trace Cyrus. They were only together for a few months, and he later revealed that their four-year age gap contributed to their split.

“She is a lot younger than me. When someone is that much younger, you’re looking for different things in relationships. Maybe when she’s older and we’ve both matured, we’ll be looking for the same thing and it can work out,” he explained to People Magazine.

Everyone was pretty excited when Lovato and Jonas confirmed that they were a couple in March 2010. We mean, their characters were total goals in Camp Rock, so when they took their love off the screen and into real life, it was a total dream come true! Unfortunately, the relationship only lasted four months, and the Jonas Brothers singer later revealed that Lovato’s substance abuse issues led to their breakup. He said, “I felt like I needed to take care of her, but at the same time I was living a lie, because I wasn’t happy but felt like I had to stay in it for her, because she needed help.” 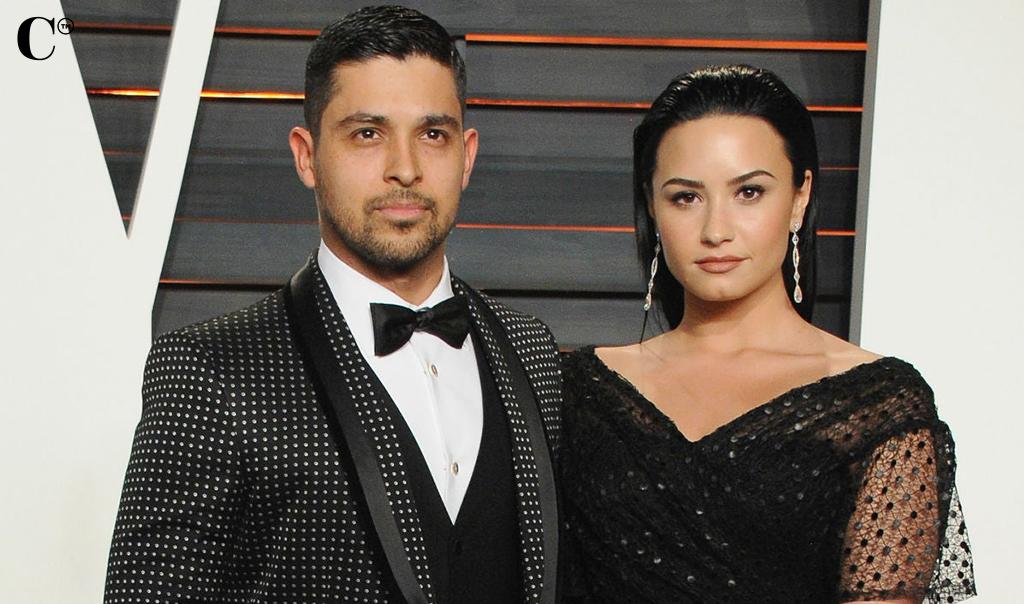 In Lovato’s 2017 documentary, Simply Complicated, she explained that she met Valderrama when she was only 17 years old. But when they reconnected at her 18th birthday party, they instantly felt a connection.

“I think it was love at first sight. We connected on a level that I’ve never connected with anybody before. He was just my rock, my everything,” she said at the time.

During a 2015 interview with Cosmopolitan, she explained how the That ’70s Show alum was there for through everything — including her relapses.

“People told him, ‘You should probably leave. She’s on a spiral, and you’re going to be sucked down with it.’ But he was like, ‘I’m not leaving. This is somebody I really care about,’” she gushed.

After six years of being on-and-off, they announced that they had split in 2016. At the time, they explained via Instagram that they felt they were “better as best friends.” A source told E! News, “It had turned into more of a big brother-little sister kind of relationship. The romance wasn’t what it used to be.”

Demi Lovato Had A Brief Relationship With Luke Rockhold

Rumors started to swirl that Lovato was dating mixed martial artist Luke Rockhold in August 2016, after they were photographed holding hands and packing on the PDA. They were reportedly together for five months — until December 2019, but it’s still unclear why they broke up. 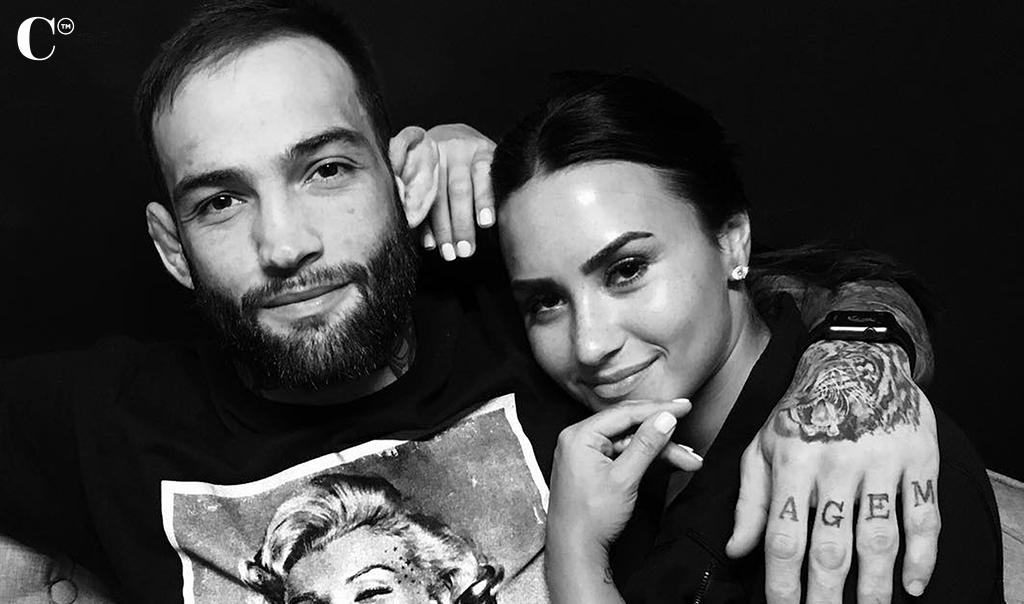 After that, she was linked to MMA fighter Guilherme Vasconcelos. They went public with their romance in January 2017, and over the course of their six-month relationship, they shared tons of adorable pictures together online. Neither of them ever spoke out about it, but after they split in July 2017, they both deleted all their pictures together.

Fans started to speculate that the singer was dating fashion designer Henri Levy in December 2018, after paparazzi caught them sharing in a big ol’ smooch. They went Instagram official a couple weeks later, and they seemed as cute as could be together! But after four months together, People confirmed that they had broken up.

Demi Lovato And Mike Johnson Could Not Stop Flirting In 2019 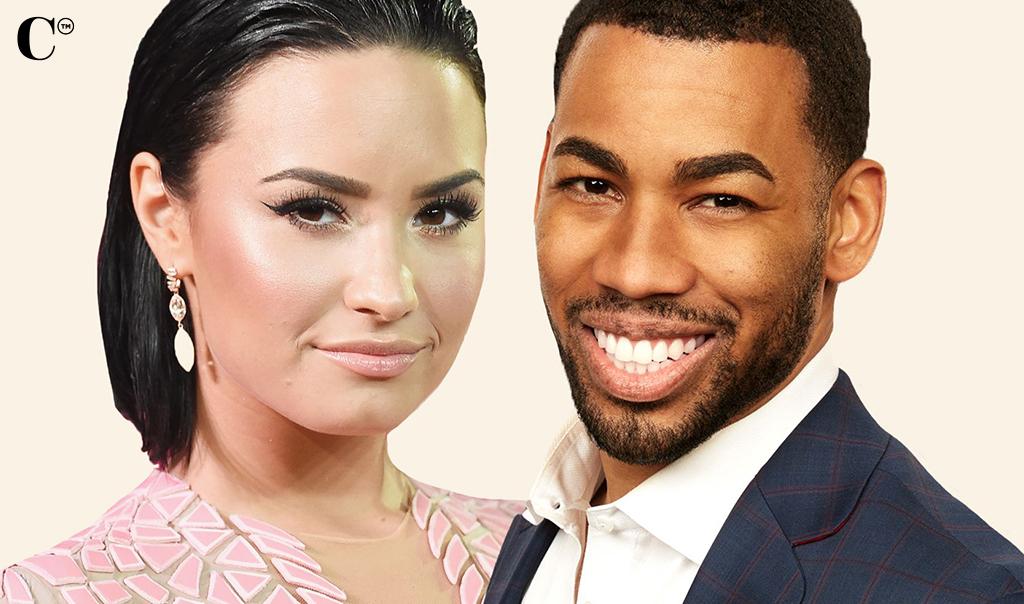 Everyone was pretty shook when Lovato was caught flirting with Bachelor alum Mike Johnson on Instagram in late 2019. Then, the reality star revealed that they had been on a few dates, and that they totally hit it off!

“We’ve gone on more than one date,” the reality star dished during an appearance on Ben Higgins and Ashley Iaconetti “Almost Famous” podcast. “I like her tattoos. We both have a lot of tattoos and she kisses really well.”

They split in October of the same year, however, and it’s been reported that she ended the relationship because he kept speaking about it to the press.

Soon after she and Johnson broke up, the pop star confirmed via Instagram that she was dating Austin Wilson. At the time, In Touch reported that mutual friends brought them together.

“Demi’s new boyfriend Austin is best friends with her hairstylist, Dom Serna, who works for Chris McMillan,” the insider explained. “Demi and Austin have been running in the same circle for a while and have been friendly and things recently turned romantic.”

They went their separate ways in December 2019, and Lovato insisted that it didn’t end on bad terms. She wrote on her Instagram Stories, “Please don’t go after him. He’s a good guy. Much better than what people see on the outside just because he’s got a lot of tattoos. Breakups are hard for both parties involved. Just stay nice and say prayers.”

Next Up, Came Her Engagement To Max Ehrich 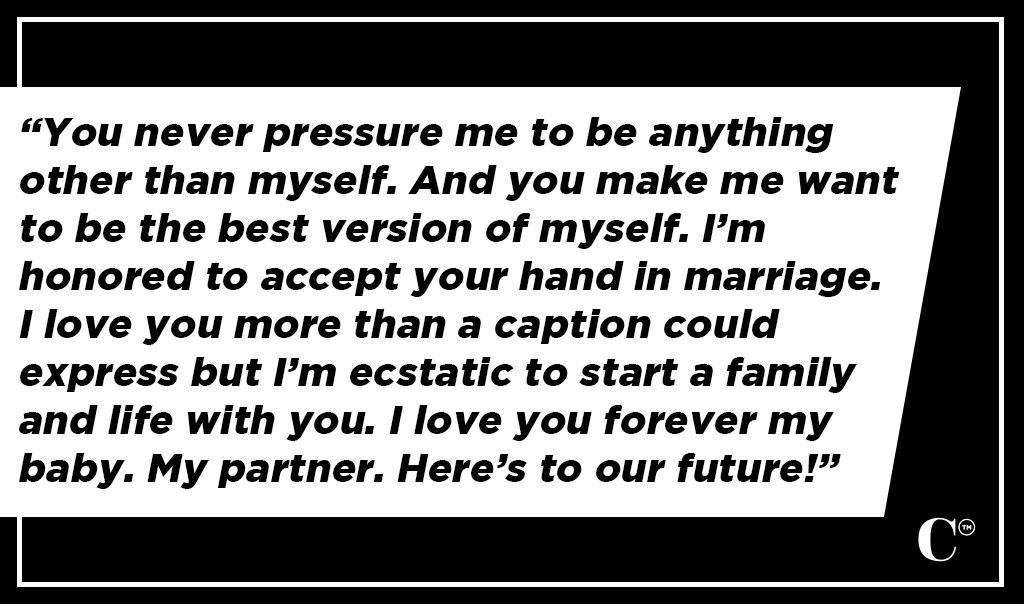 Lovato and Ehrich were first spotted cozying up in March 2020, and a few months later, they announced that they were engaged!

“I knew I loved you the moment I met you. It was something I can’t describe to anyone who hasn’t experienced it firsthand but luckily you did too… I’ve never felt so unconditionally loved by someone in my life (other than my parents) flaws and all,” Lovato gushed on Instagram at the time. “You never pressure me to be anything other than myself. And you make me want to be the best version of myself. I’m honored to accept your hand in marriage. I love you more than a caption could express but I’m ecstatic to start a family and life with you. I love you forever my baby. My partner. Here’s to our future!”

Although they seemed as happy as could be together, in September 2020, news hit the web that they had broken up. And when the whirlwind romance came to an end, it wasn’t pretty. Get this — the High School Musical 3 star actually took to his Instagram Stories to address the breakup news, and he claimed that he found out that their engagement was over from articles he read online.

“Imagine finding out… the status of your relationship through a tabloid,” he wrote. “While you’re in the middle of filming a biopic movie about a pastor in a Christian church whose intention of the film is to help people.”