While The Real Housewives of Beverly Hills’s (RHOBH) tenth season just wrapped last Wednesday, there is still a ton of

While The Real Housewives of Beverly Hills’s (RHOBH) tenth season just wrapped last Wednesday, there is still a ton of chatter regarding the most scandalous plot point of the season. An alleged affair Brandi Glanville claimed she had with Denise Richards took front-and-center in terms of the drama that kept fans tuned in and talking over the past few weeks.

CELEB recently (and exclusively) revealed the cease-and-desist that Richards had sent to Glanville (which was brought up in the finale episode).

While Richards has tried to claim that Glanville was only an acquaintance- specifically stating on RHOBH that “my interaction with her was very limited … I’ve seen her four times in my life. She was an acquaintance! That was it!”- CELEB previously obtained exclusive texts that prove the pair did talk frequently.

Now, CELEB  has obtained a TON of more text messages that Richards and Glanville exchanged- as well as the details of how their alleged affair came to happen.

Brandi & Denise Started With A Kiss

A friend of Glanville’s detailed that “The first night that Brandi and Denise met, their agent (whose name was mentioned on the show before) introduced them. They had dinner and Denise asked Brandi if she could see her boobs in the bathroom. Denise claimed she wanted to have her boobs redone. Brandi wasn’t bothered by that, so they went to the bathroom together so Brandi could show her.”

“Upon getting into the bathroom,” Glanville’s friend dished, “Denise threw Brandi against the wall and started making out with her.”

“After that,” Glanville’s friend added, “Denise wanted to come over constantly” (which is something you do see in the texts below).

‘Try To Sleep With Her’

Glanville’s friend had more to dish, sharing that “Brandi didn’t want Denise to come over and kept making excuses. Brandi was open to hanging out with Denise but was worried Denise wanted more than a friendship with her.”

“To be clear,” Glanville’s friend noted, “Brandi liked Denise when she met her- just not in that way.”

But what about the alleged night in question where Glanville claims they had sex?

Make sure to stay tuned tomorrow for part 2, which is chock full of all the details and even more text messages.

For now, scan through the first set text messages we obtained below: 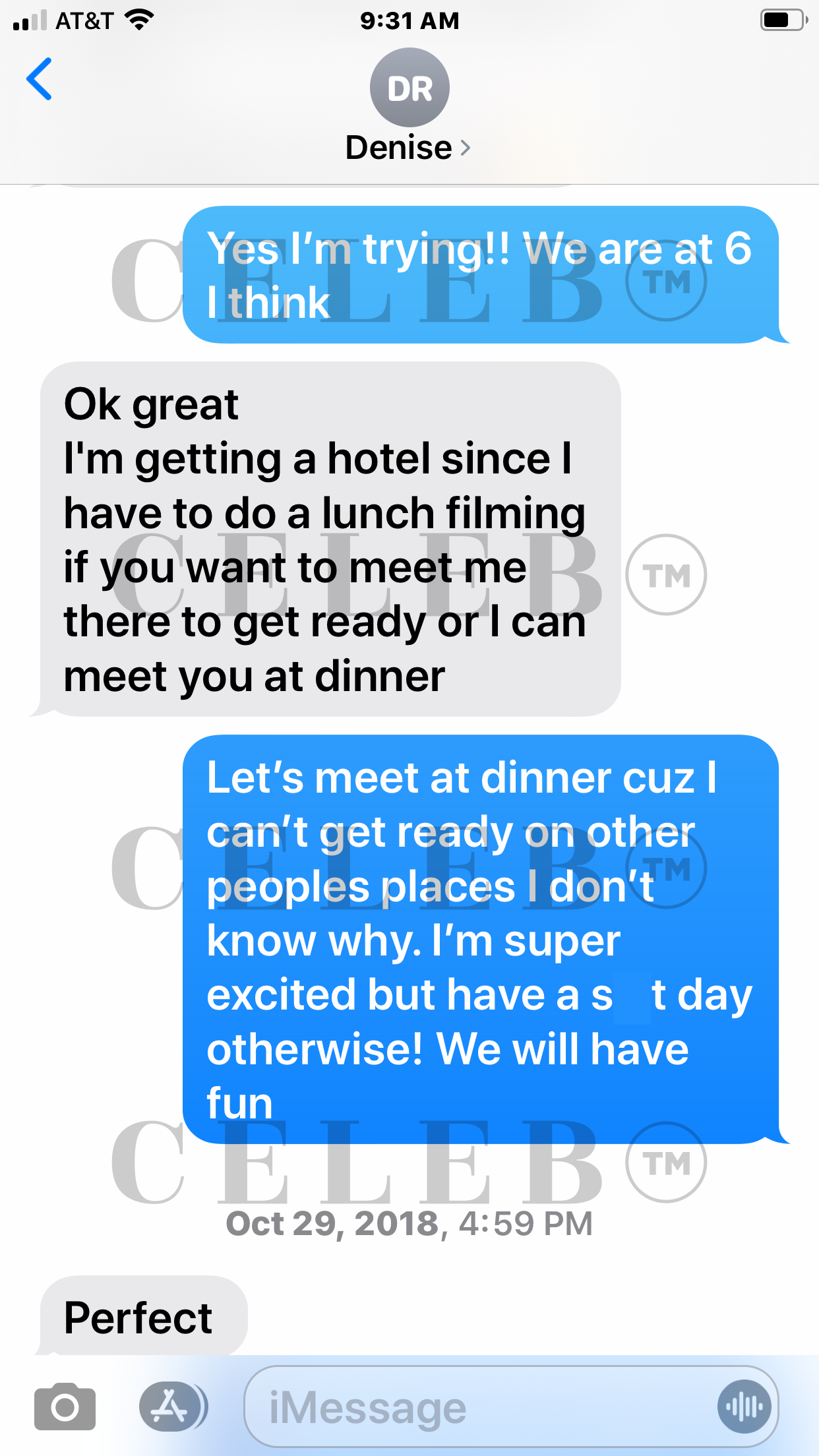 In the first message we obtained, Richards says she’s “getting a hotel” and asks Glanvlle if she wants to meet her there. Richards also notes that “I can meet you at dinner.”

Glanville says that they should “meet at dinner,” detailing that she can’t get ready on other people’s places. 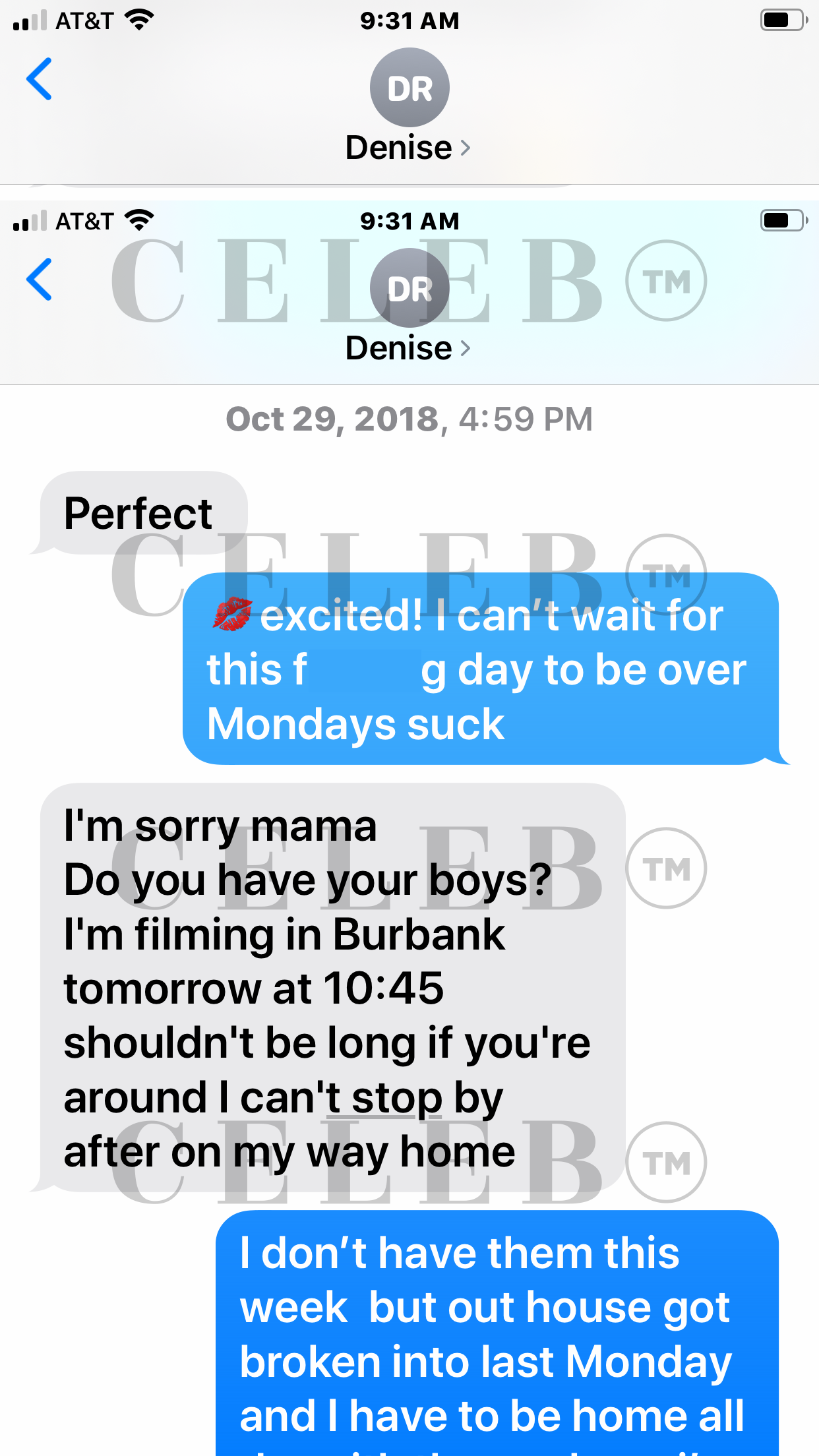 In the second text, we see Richards saying she can “stop by” if Glanville is around. As can be seen in the conversation- which continues into the third text below- Glanville explains that, while she doesn’t have her kids, she was having cameras installed. This was due to her house getting broken into. 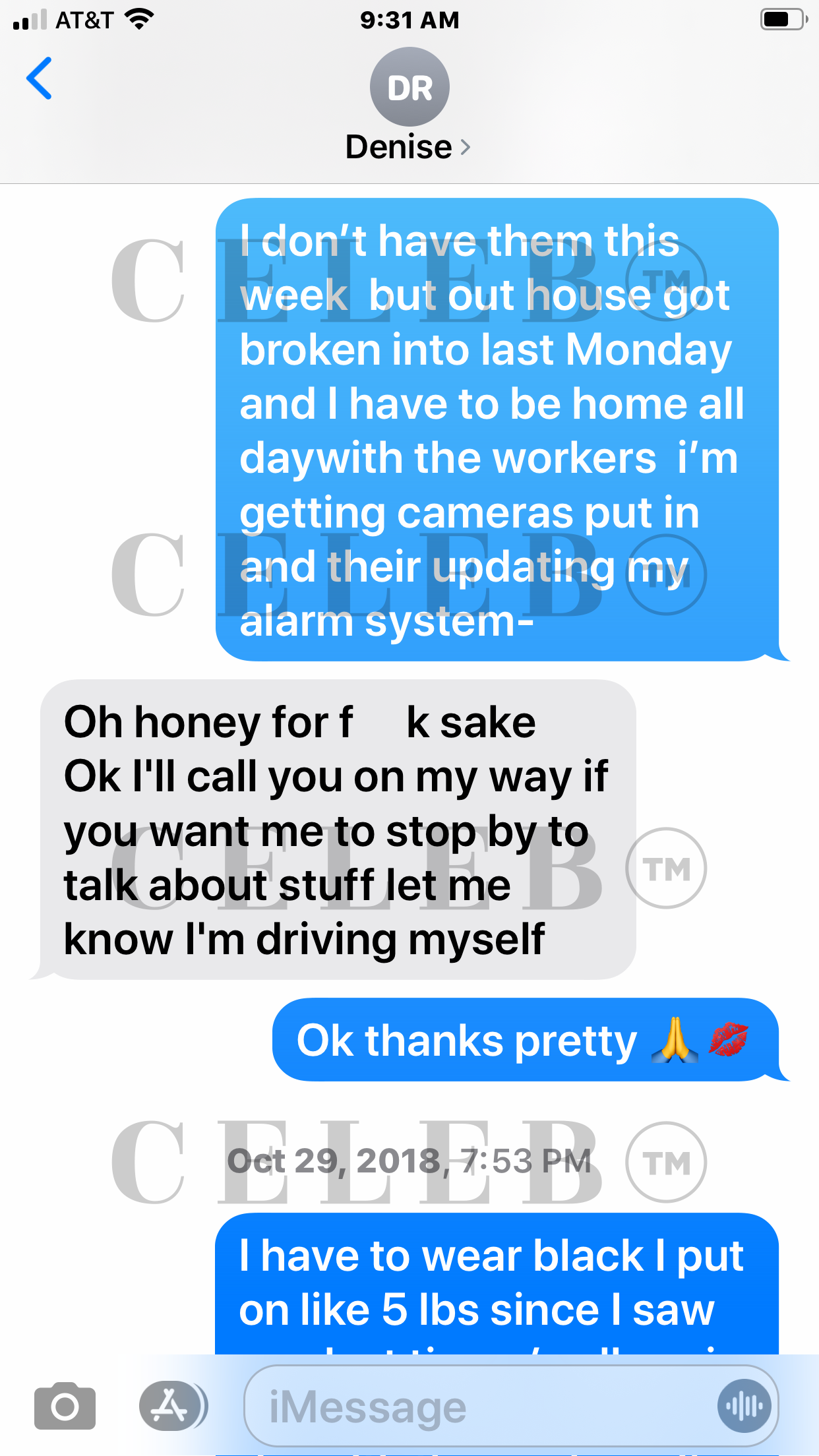 Again, Richards reiterates her offer to come over, saying “If you want me to stop by to talk about stuff let me know.” 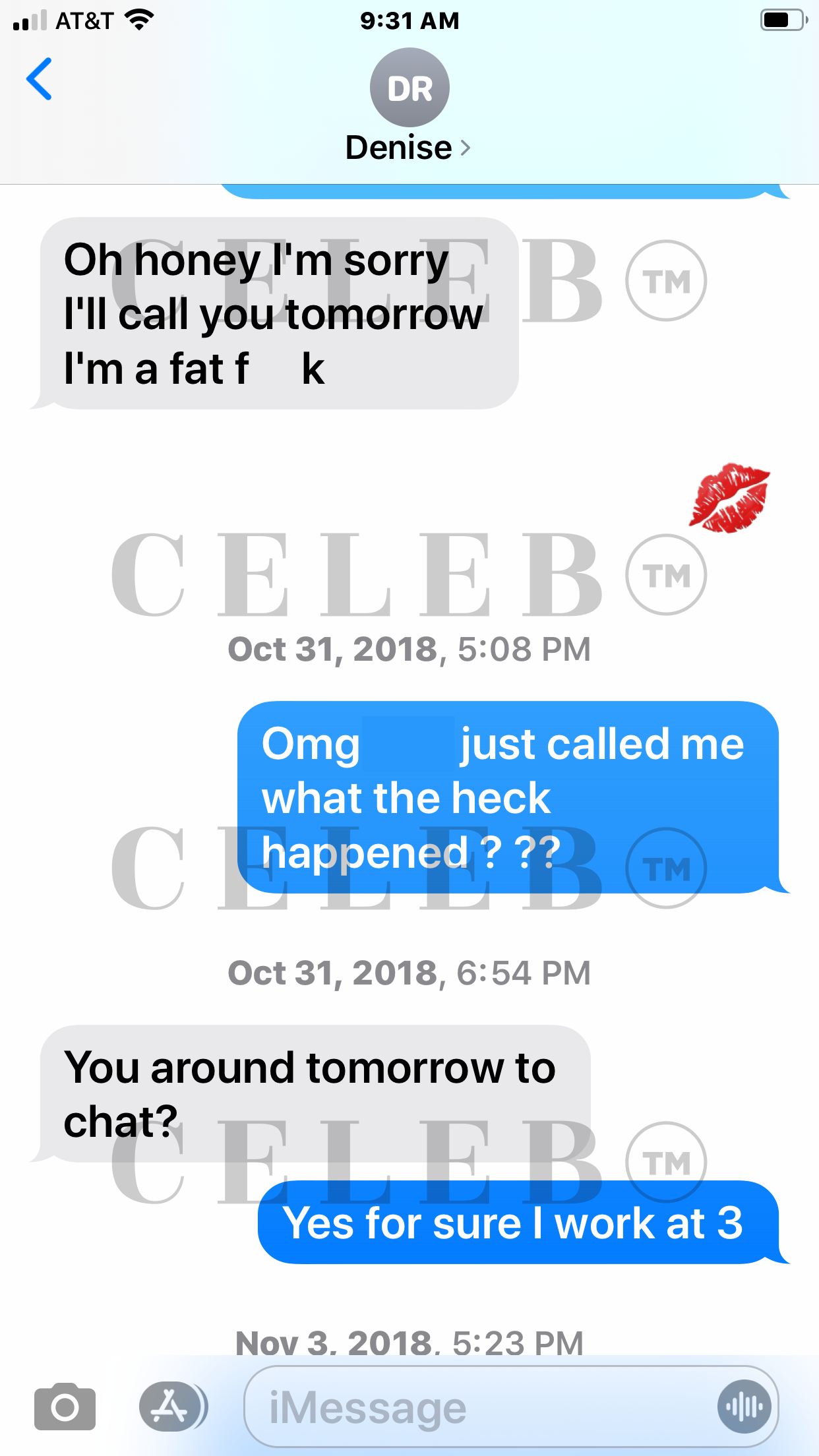 In the fourth text we acquired, Glanville had texted Richards about someone calling her and asked “what the heck happened?”

Richards then asks if Glanville is “around tomorrow to chat” to which Glanville agrees. 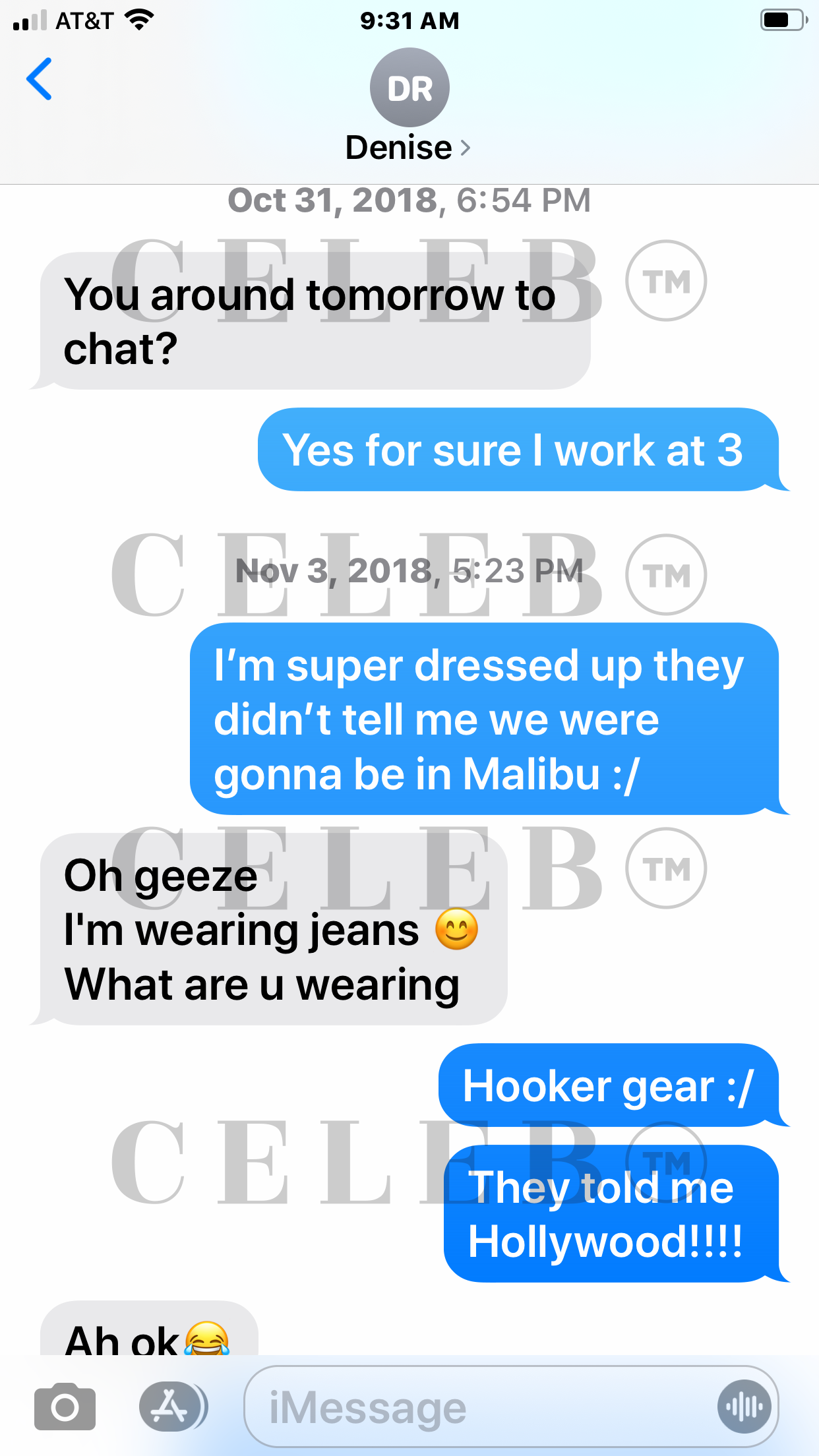 In the next text message, they talk about outfits. 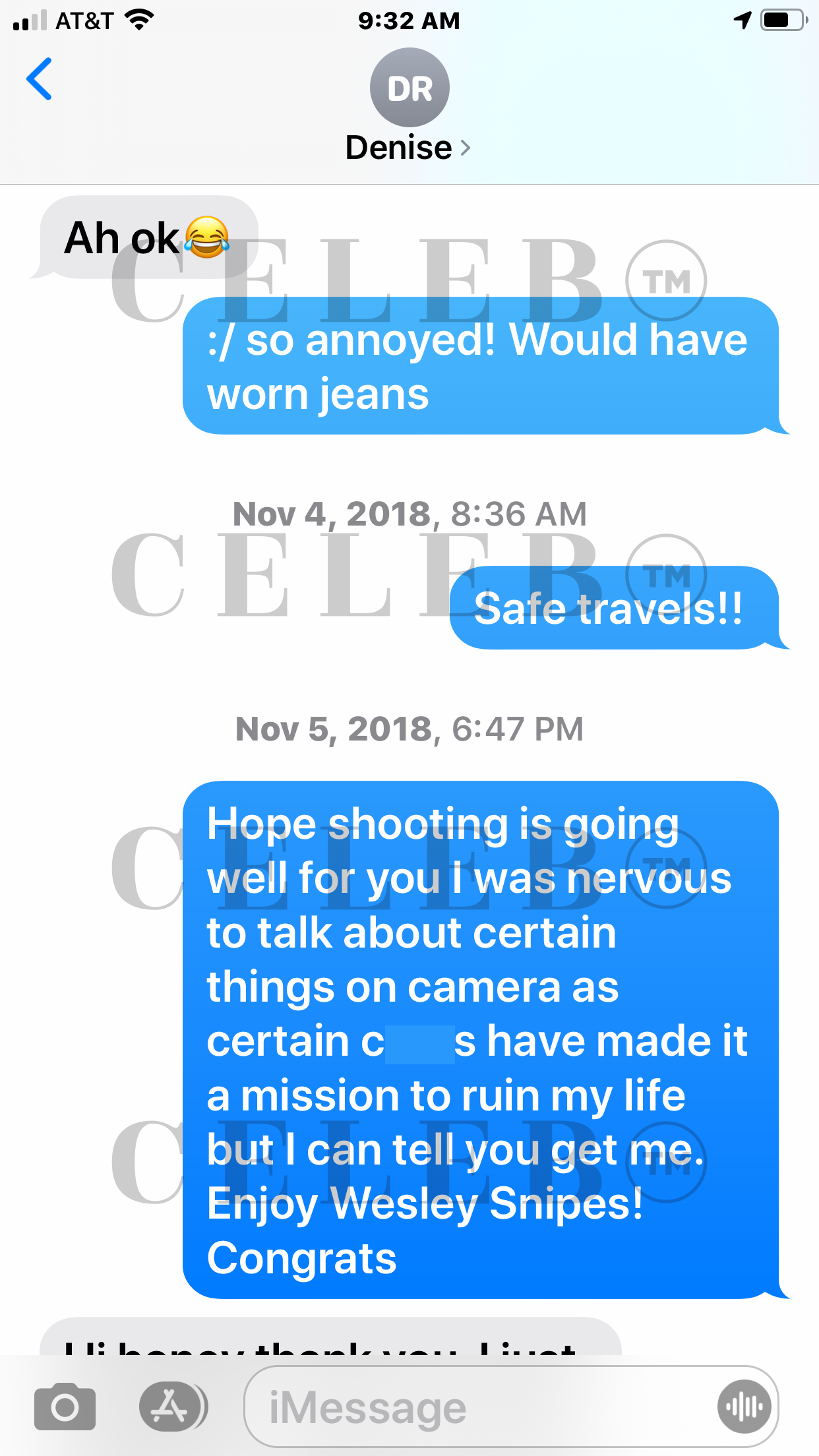 Glanville checks in on Richards in the above text, stating that “Hope shooting is going well for you. I was nervous to talk about certain things on camera as certain c—s have made it a mission to ruin my life but I can tell you get me.” 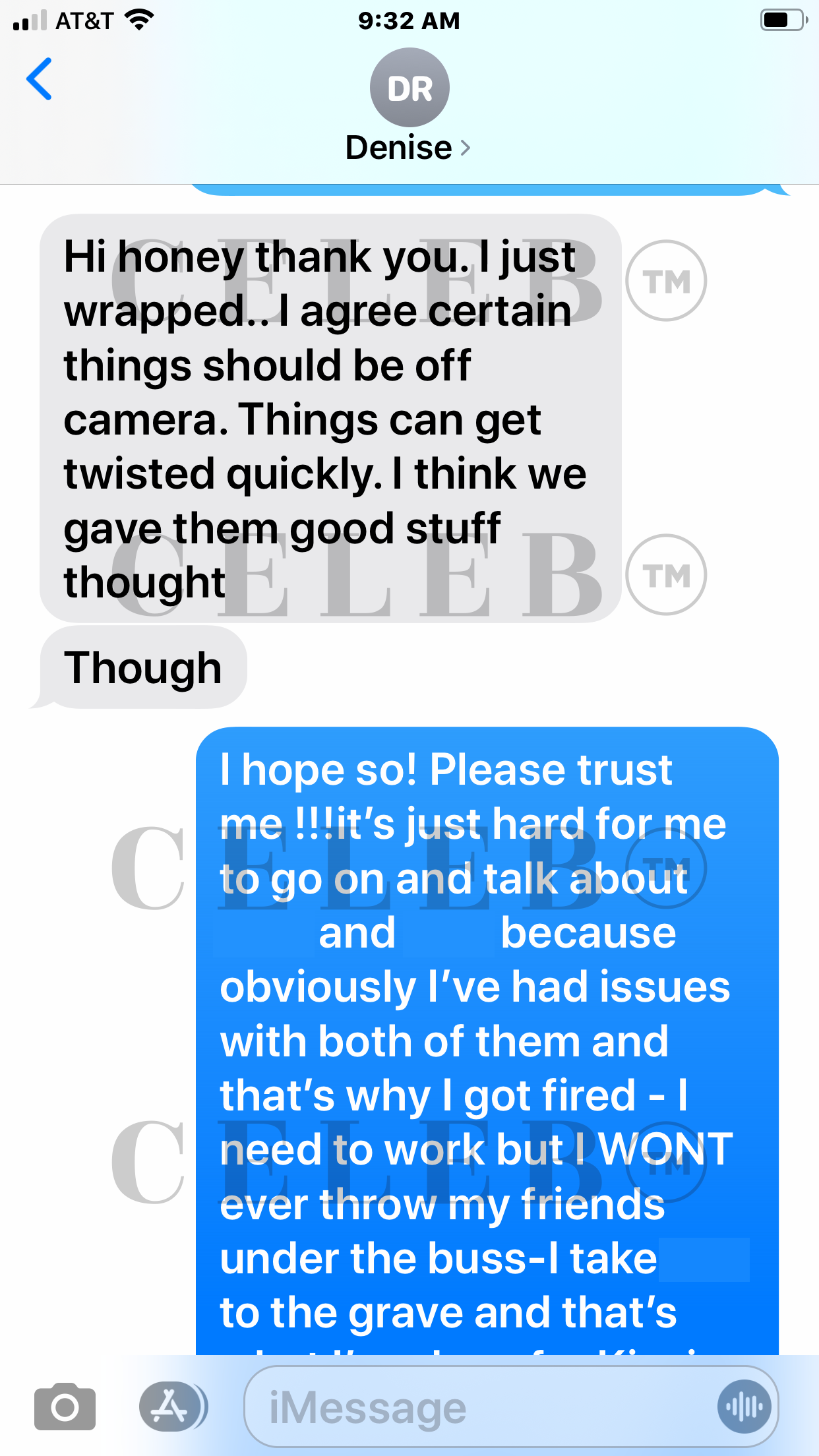 Richards then interestingly states that “I agree certain things should be left off camera. Things can get twisted quickly. I think we gave them good stuff though.”

“I hope so!” Glanville responds.

Glanville continues, telling Richards “Please trust me!!! It’s just hard for me to go on and talk about (REDACTED) and (REDACTED) because obviously I’ve had issues with both of them and that’s why I got fired.”

“I need to work,” Glanville continues, “but I WONT ever throw my friends under the bus- I take s–t to the grave.” 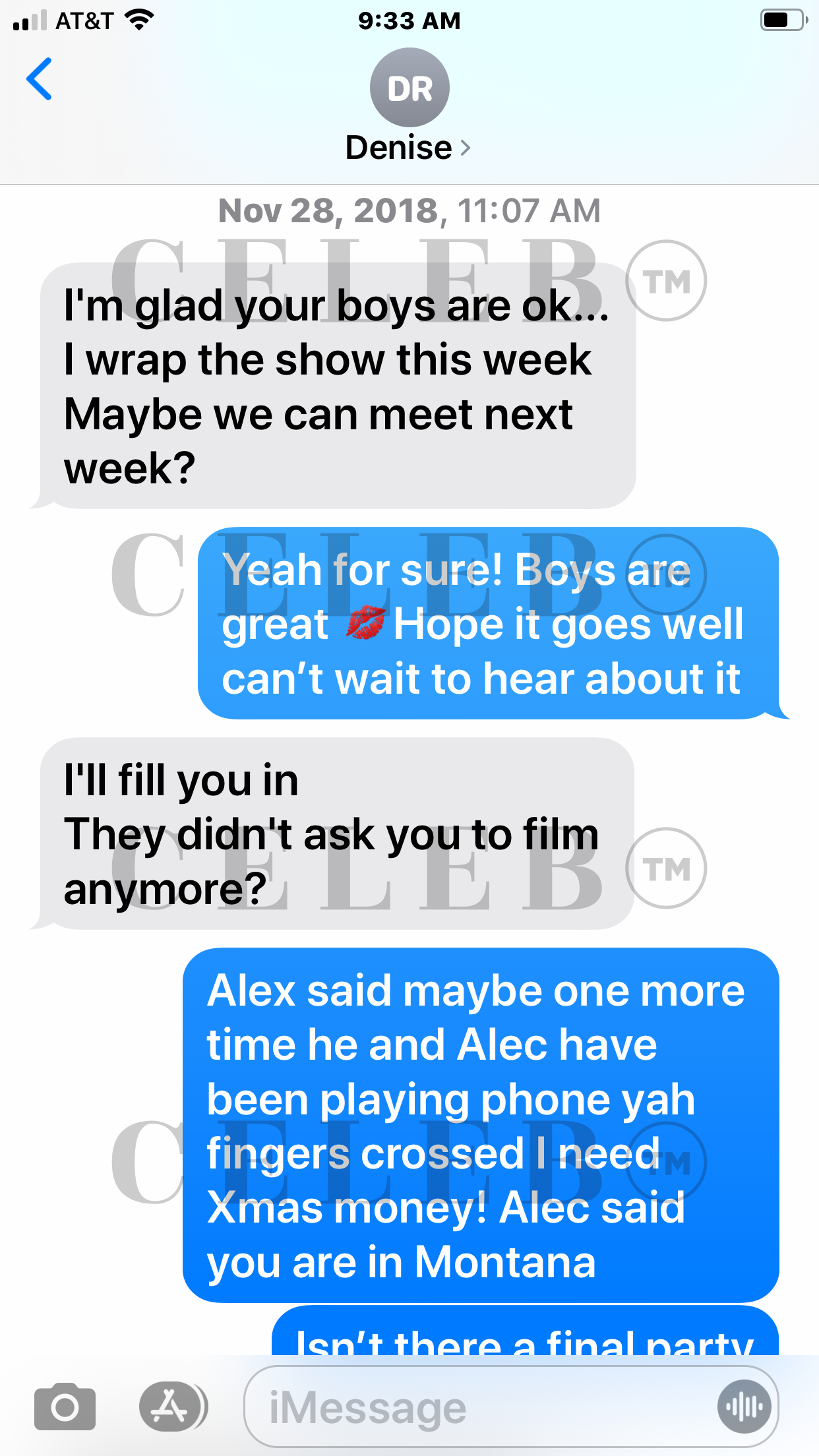 In the next text, Richards again asks Glanville to meet to which Glanville says “Yeah for sure!” 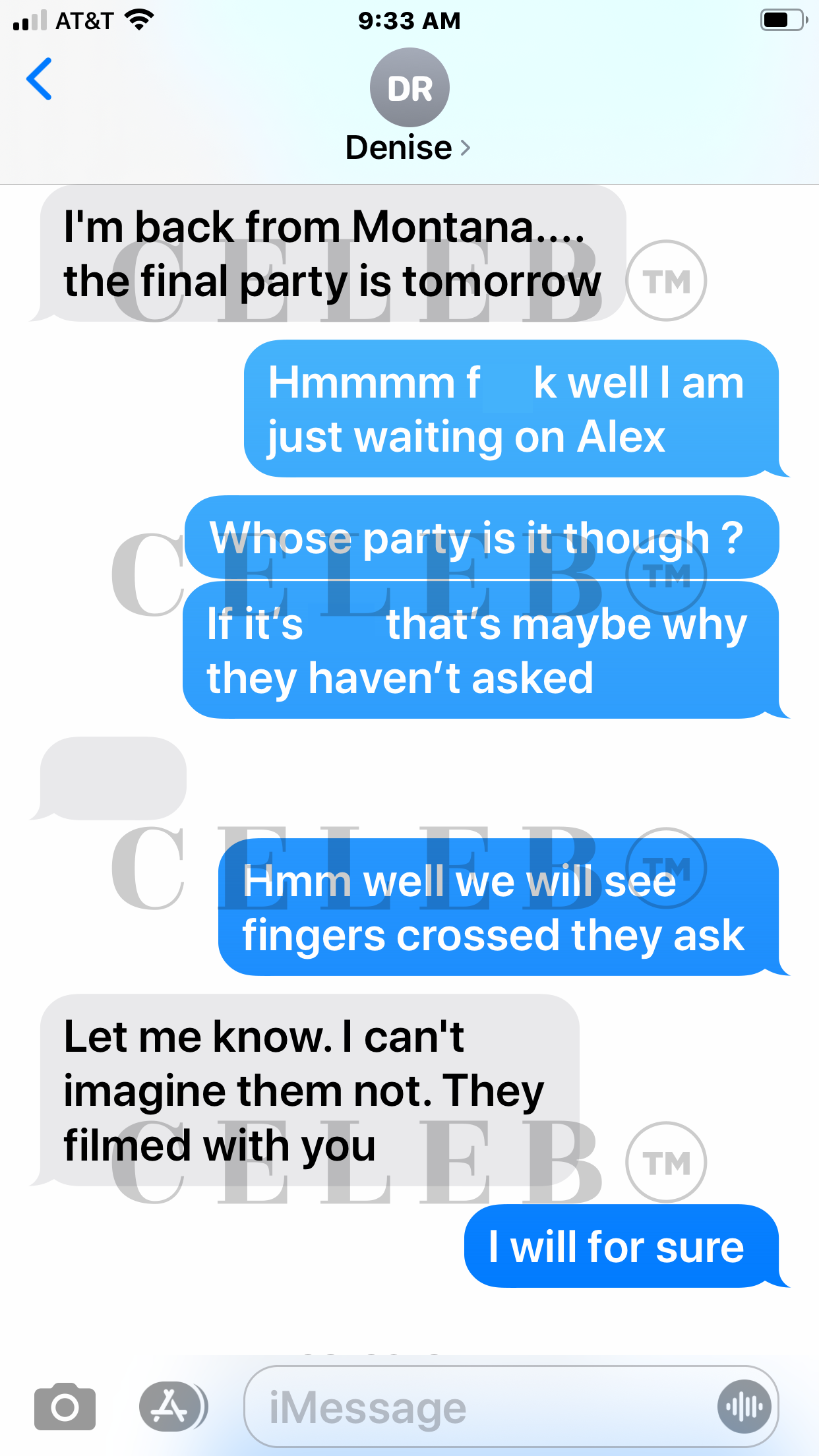 In the text message above, Richards and Glanville talk about the season 9 finale. Glanville explains to Richards that she’s not sure she will be invited to it, to which Richards says she “can’t imagine” them not inviting Glanville due to them filming with her during the season. 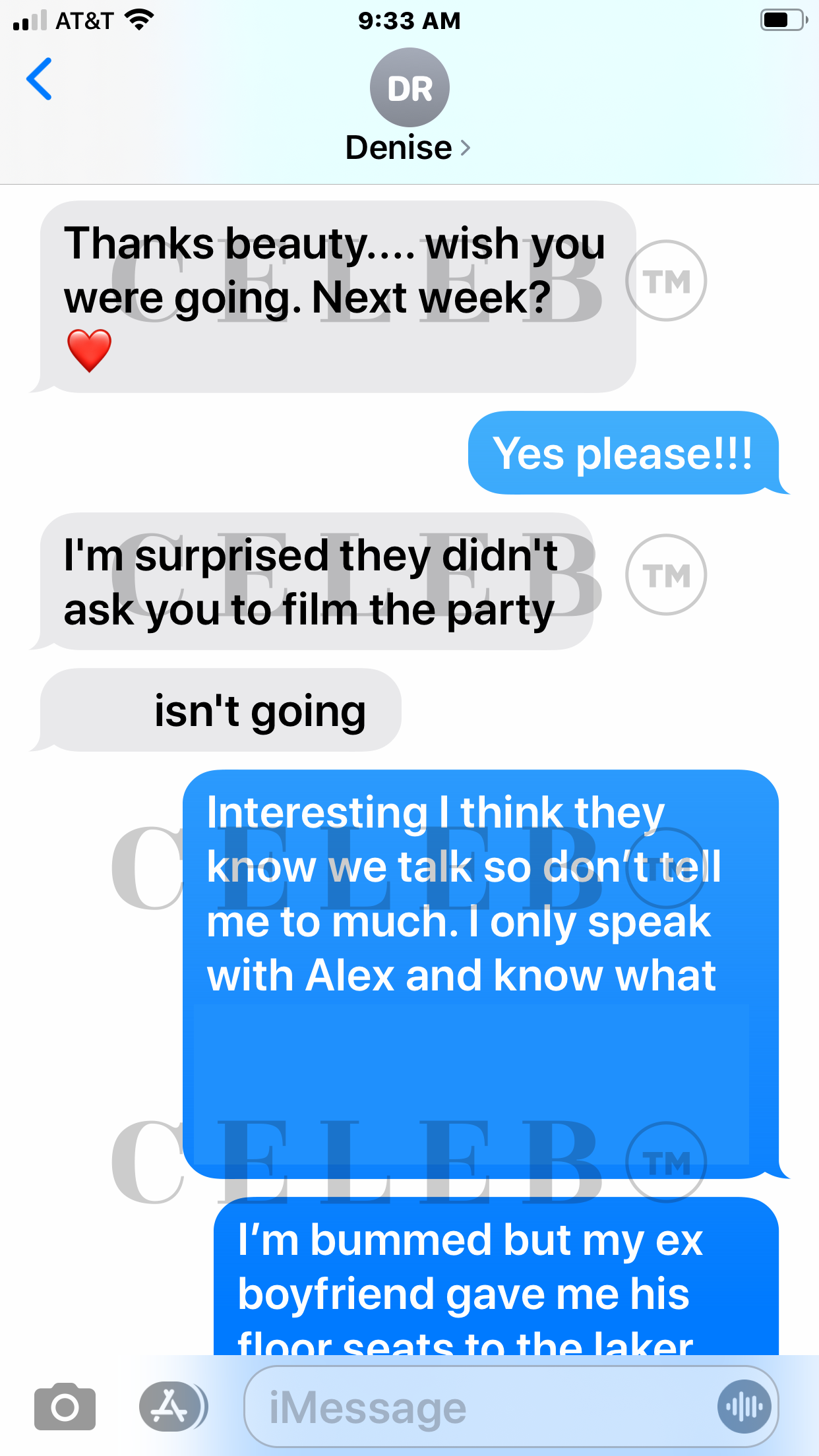 In another text message (above), Richards expresses that she is surprised they didn’t ask Glanville to film at the finale party.

“I think they know we talk so don’t tell me too much,” Glanville tells Richards. 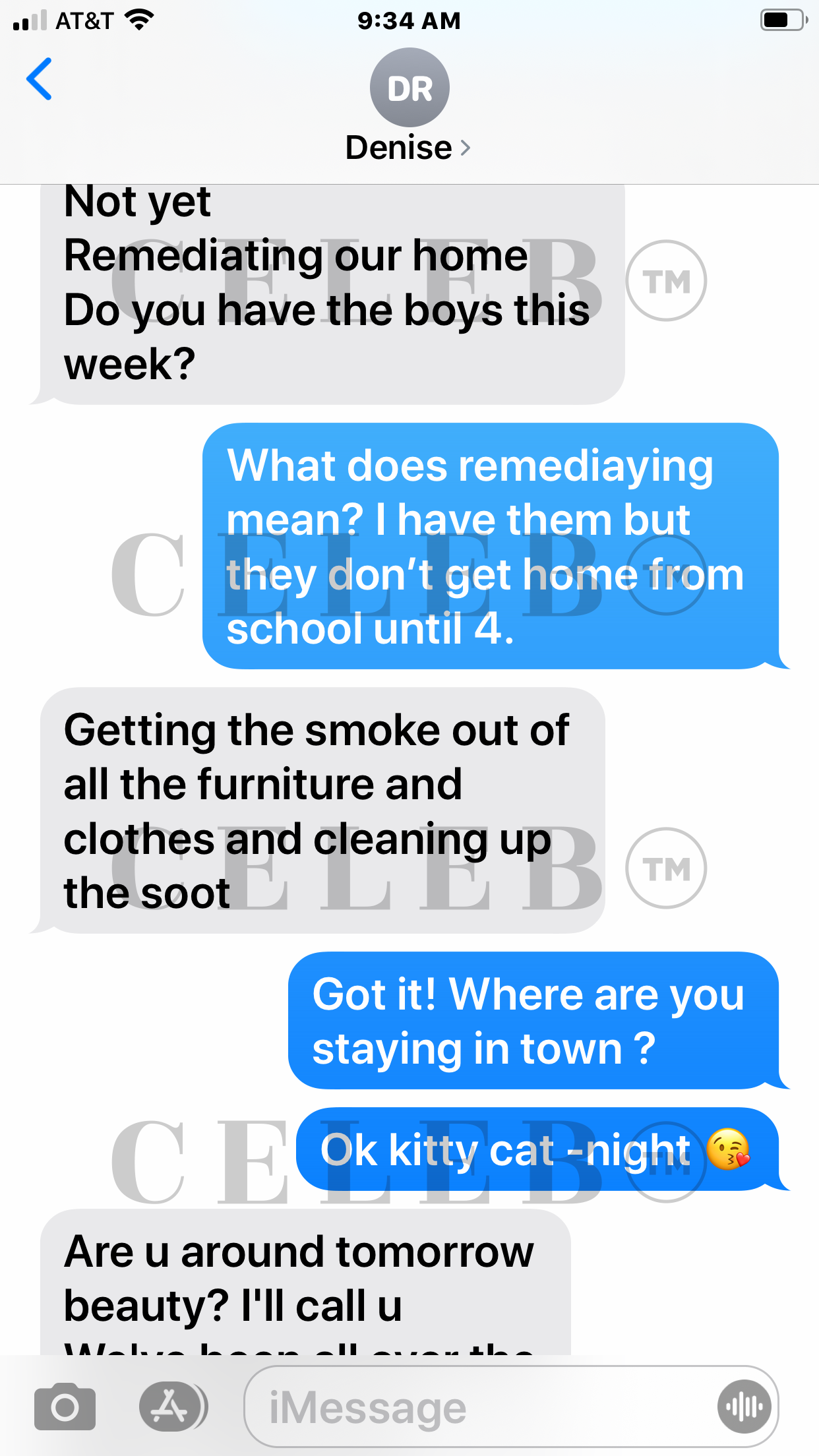 In the above text, Glanville and Richards discuss Richards’s remediating of her home.

As you can see, Glanville calls her “kitty cat” and Richards refers to her as “beauty.” 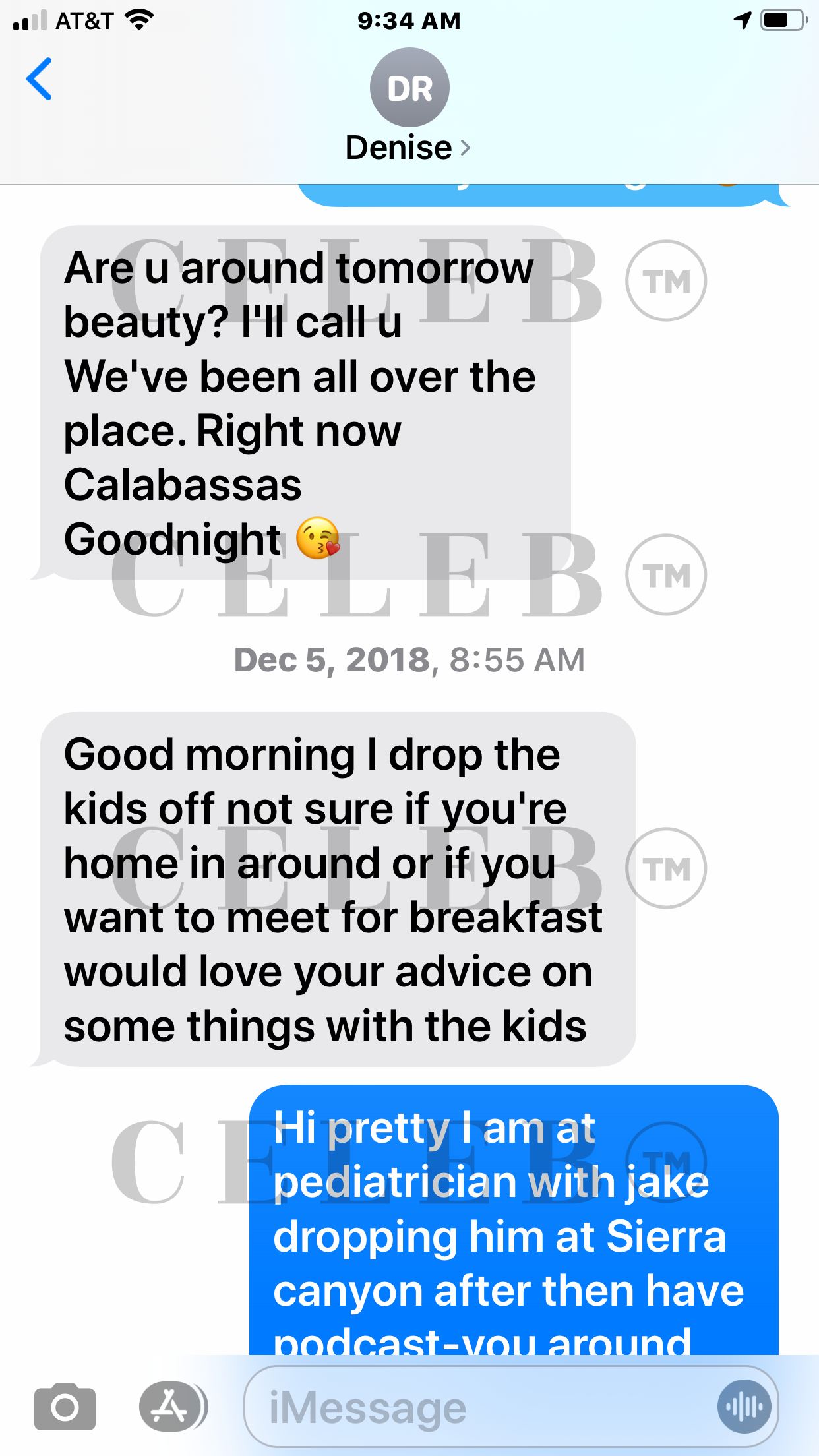 While these are friendly names- as is “pretty,” which Glanville calls her above as the conversation continues- it’s clear that they were not only “acquaintances” as Richards tried to claim on the show. Rather, it definitely appears like the pair had a friendship.

Again in this text, Richards asks Glanville if she wants to meet. 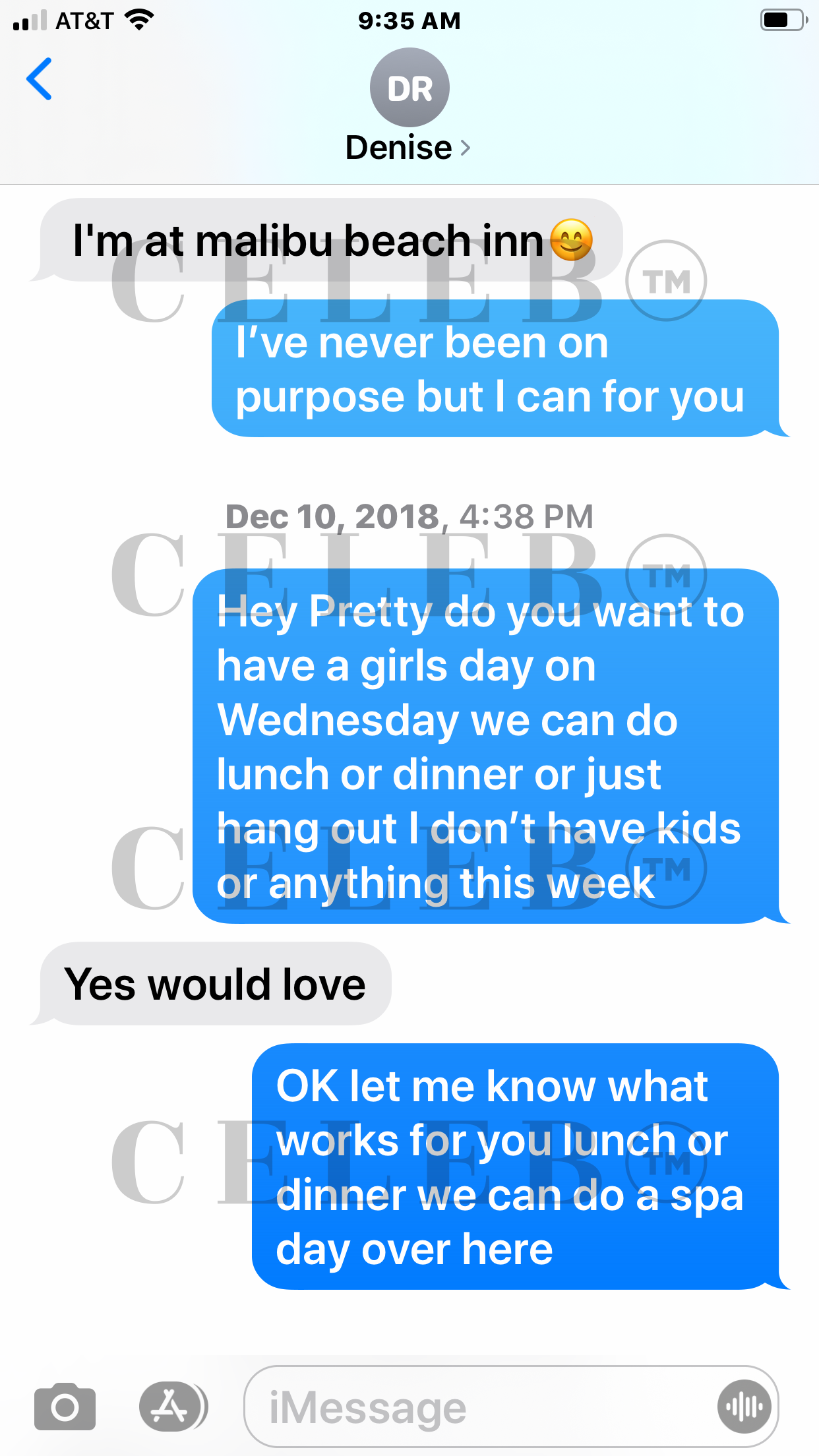 Again referring to Richards as “pretty,” Glanville asks her if she wants to get together for a “girls day.” Richard responds “Yes would love.” 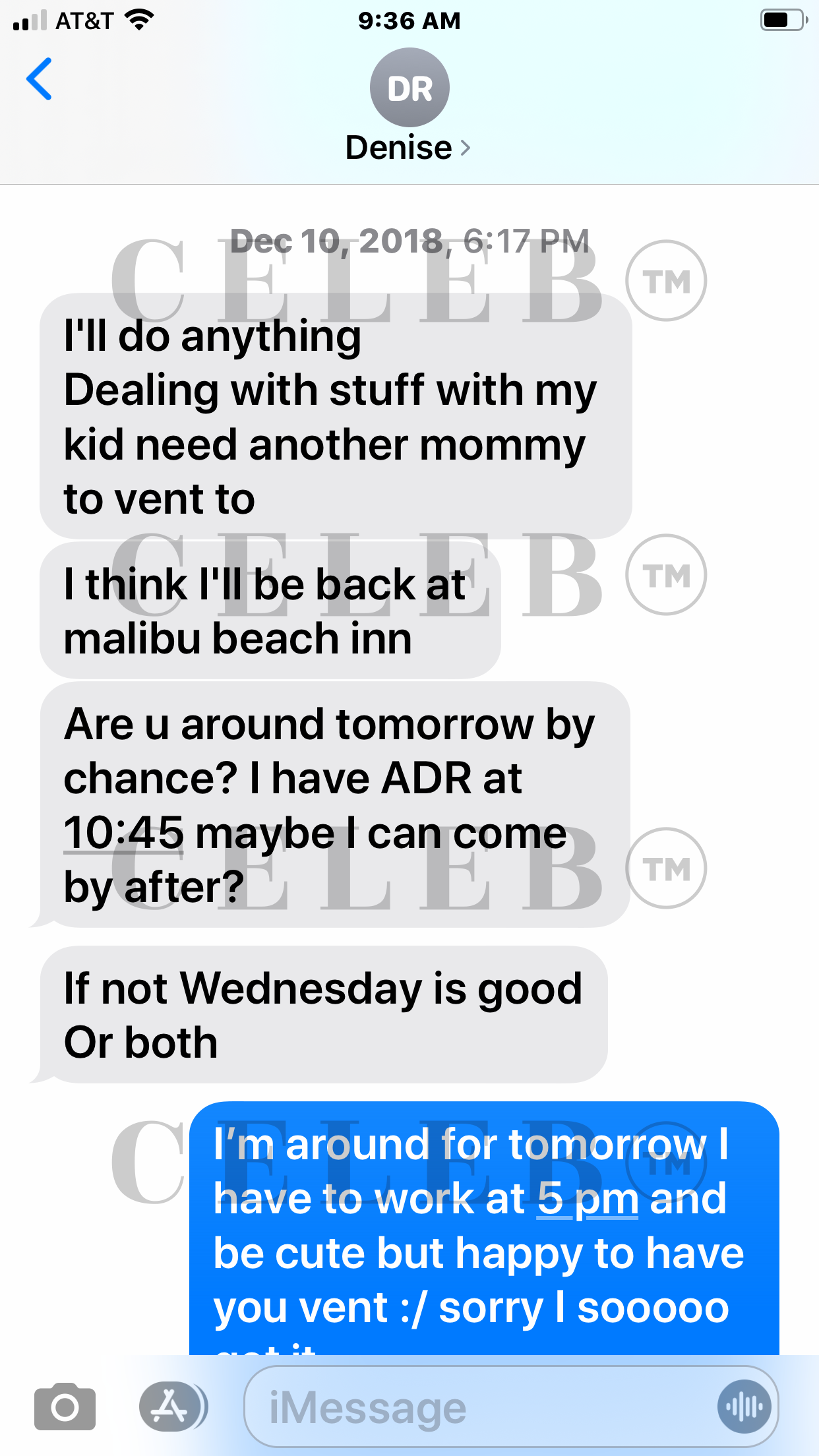 When Glanville offers some ideas of things they could do, Richards responds “I’ll do anything.” Richards also offers to hang “tomorrow” noting “if not Wednesday is good or both.” 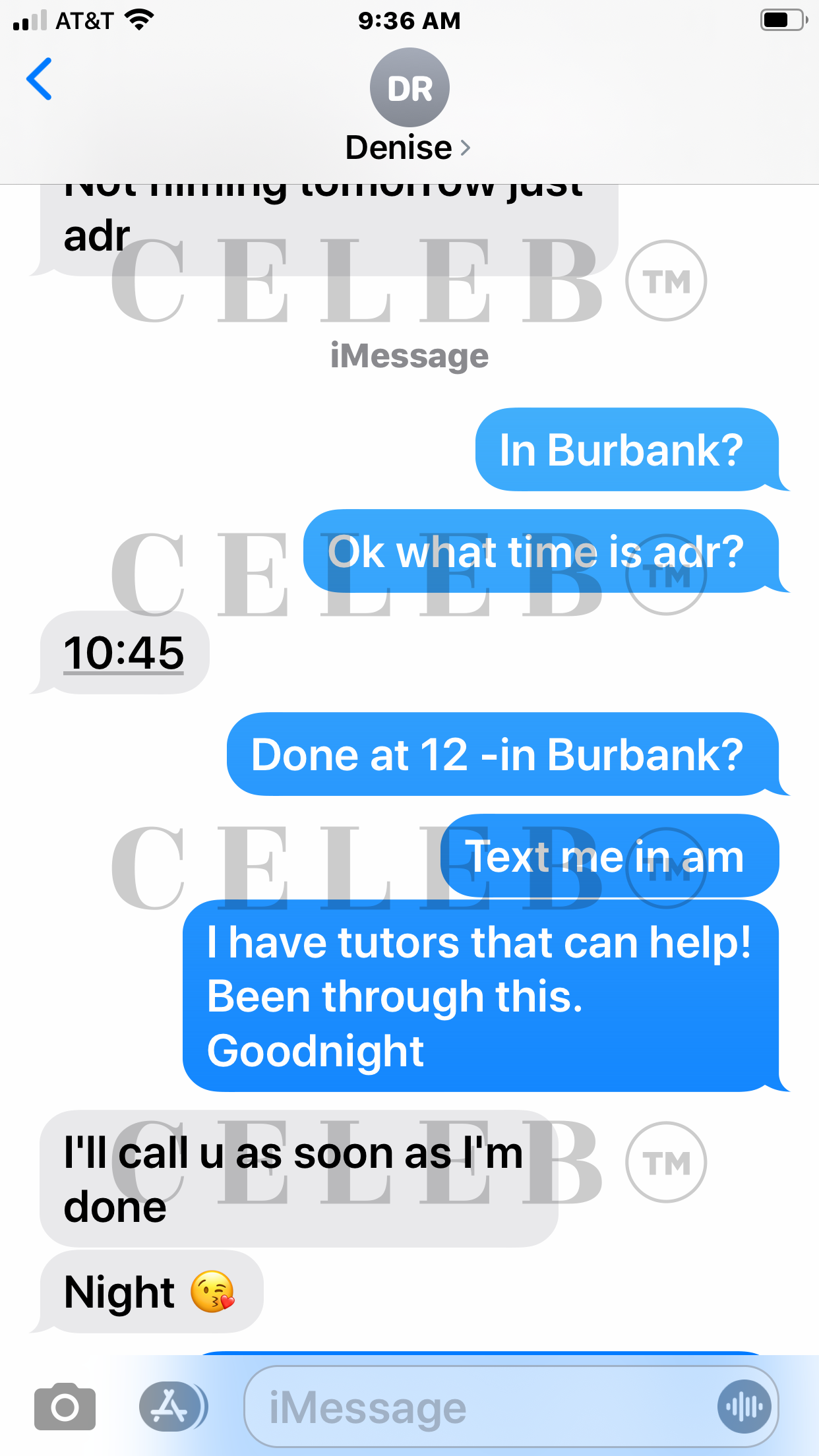 In the final text CELEB is  sharing today, Glanville offers her help to Richards regarding a tutor (for their kids).

Make sure to stay tuned tomorrow for part 2, with more details from Glanville’s friend- and to see a bunch more of the text messages between the pair.

Denise Richards Served Brandi Glanville A Cease And Desist: Here It Is In Full!