Yesterday, we exclusively revealed more text messages between Real Housewives of Beverly Hills (RHOBH) stars Brandi Glanville and Denise Richards. As promised, we have more exclusive text messages to share today- and more details from a friend of Glanville’s regarding the alleged affair.

“In 2019,” Glanville’s friend shared with CELEB, “Denise invited Brandi to her out of town movie set.”

“Brandi agreed to go,” her friend explained, “as she was going to be taping an episode of her Podcast with Denise there.”

“Where Denise was staying was a three-hour drive from the airport Brandi flew into (in Mendocino),” Glanville’s friend continued stating. “Brandi flew from LAX to Oakland, and then got a driver for the three hour trip to Mendocino. So Brandi was going to have to sleep over, as she wasn’t going to be able to return the same day. Denise definitely knew this.”

In the first set of text messages we exclusively revealed a few weeks ago, Richards does offer Glanville to stay with her in her cottage that she was staying in.

“It’s interesting to note that Denise claimed on the show she hardly knew Brandi/thought of her as an acquaintance,” Glanville’s friend added. “Who would invite someone to stay with them if they hardly knew them? It doesn’t add up.”

So what ended up going down in terms of the alleged affair/Glanville and Richards allegedly sleeping together?

Glanville’s friend explained that “Brandi slept in Denise’s bed the first night next to her. Although Denise had offered a rollaway bed to come in, it never showed up until the morning Brandi was leaving.”

“On the second night, though,” her friend added, “they both got drunk and Denise and Brandi ended up sleeping together, which Brandi has attested to on the show and off. Brandi’s story has never changed once and has constantly stayed the same in terms of what happened and what went down.”

Even More Texts Between Brandi & Denise

Below are a bunch of additional texts that we obtained between Glanville and Richards: 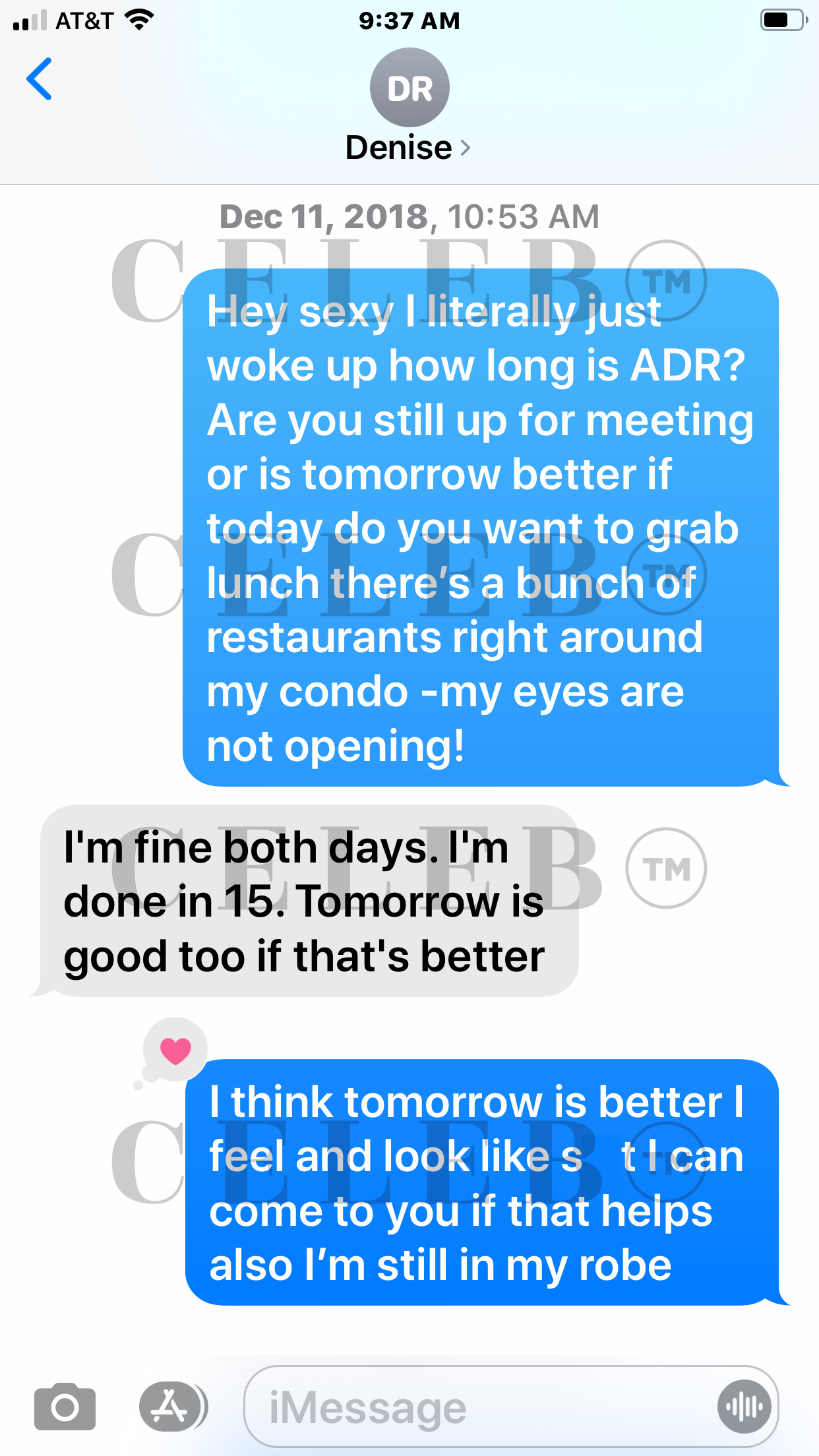 “Hey sexy,” Glanville texts Richards in the above text, noting that she just woke up.

While Glanville discusses meeting up with Richards, Richards notes that “I’m fine both days.” 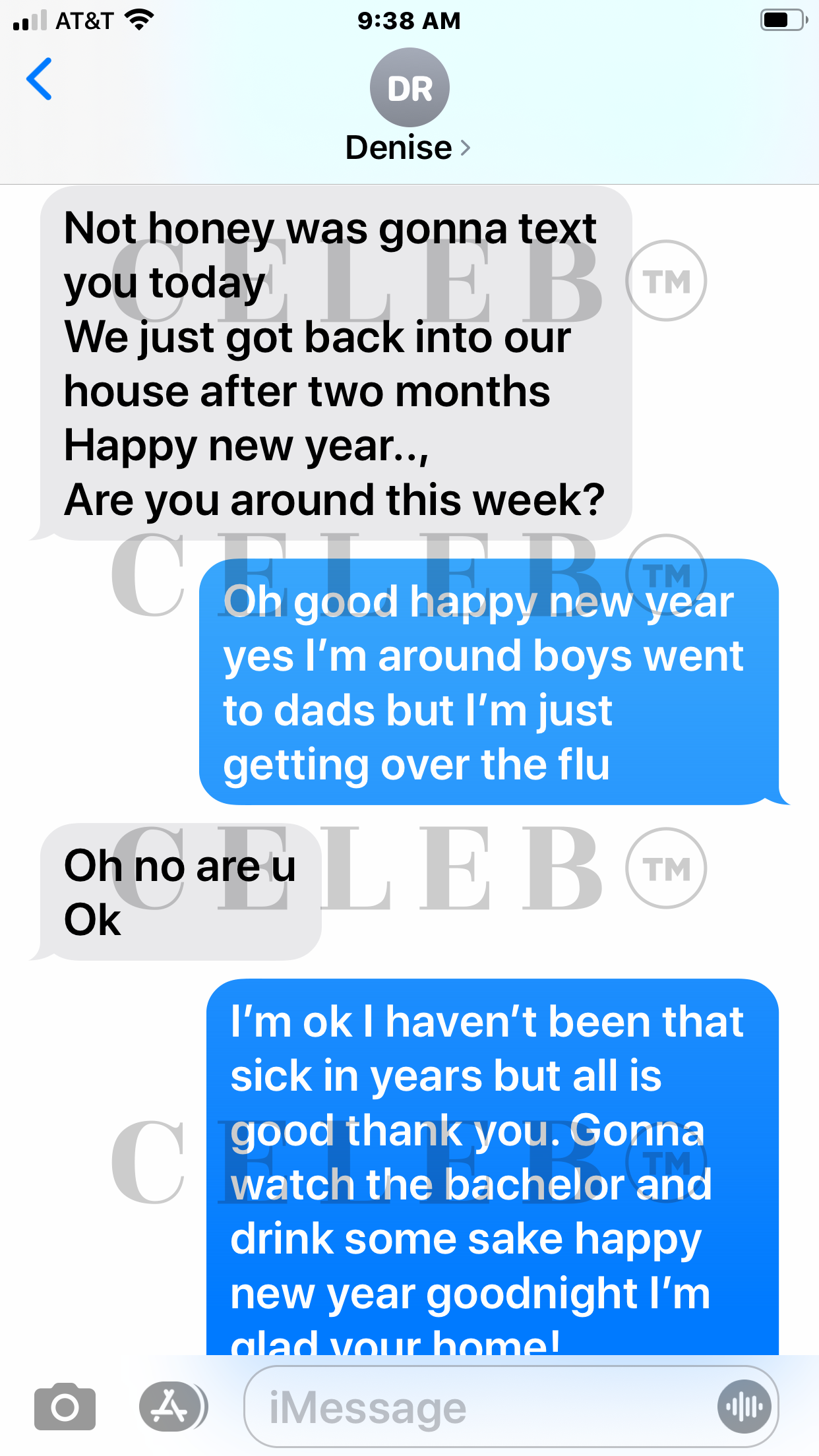 In the above text message, Richards explains they just “got back into our house after two months.” Richards also asks Glanville if she’s “around this week.”

Glanville explains that she has been sick and is just getting over the flu. 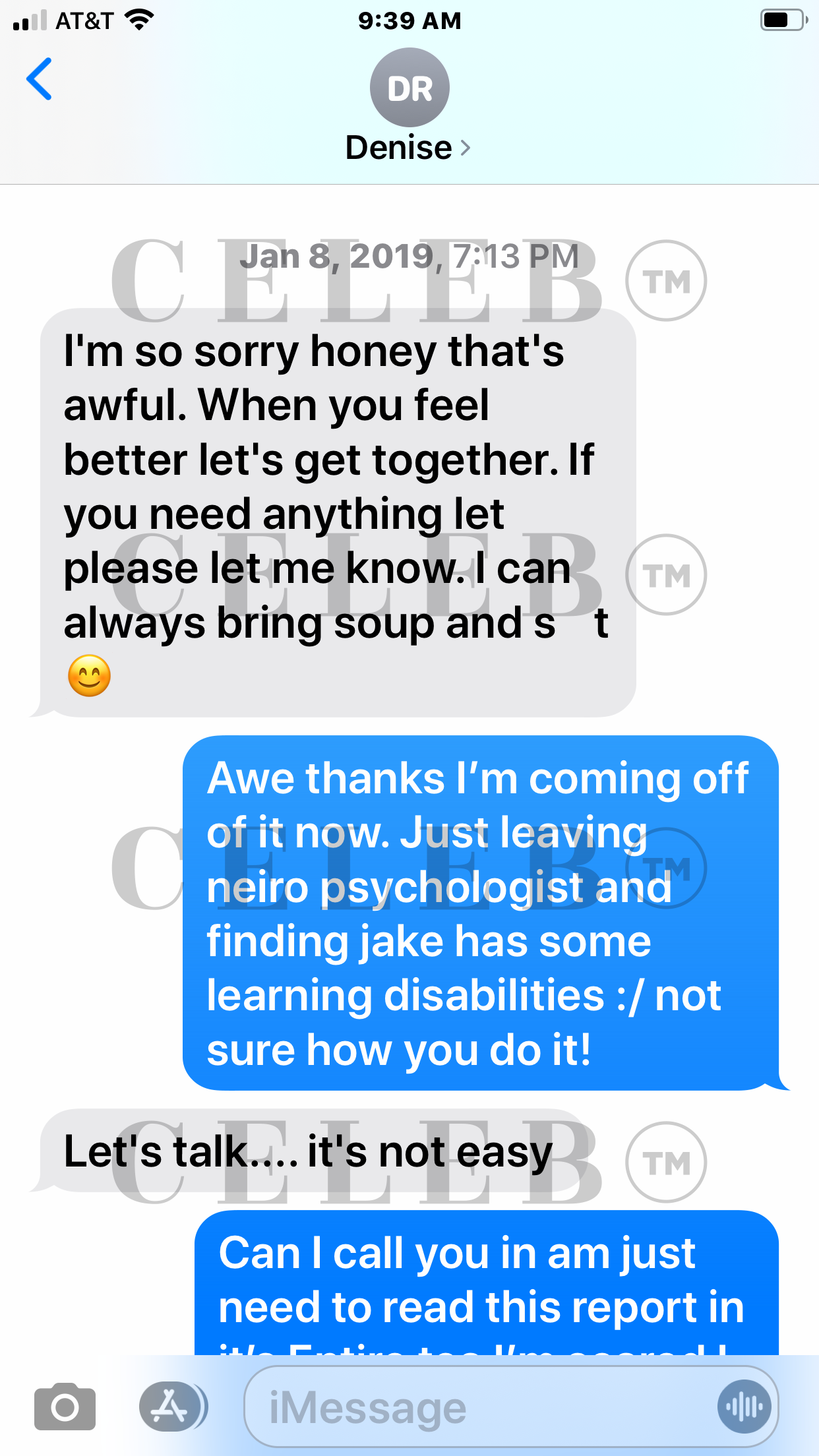 Richards appears empathetic to Glanville getting sick, even offering to bring soup to her.

“When you feel better let’s get together,” Richards tells Glanville. 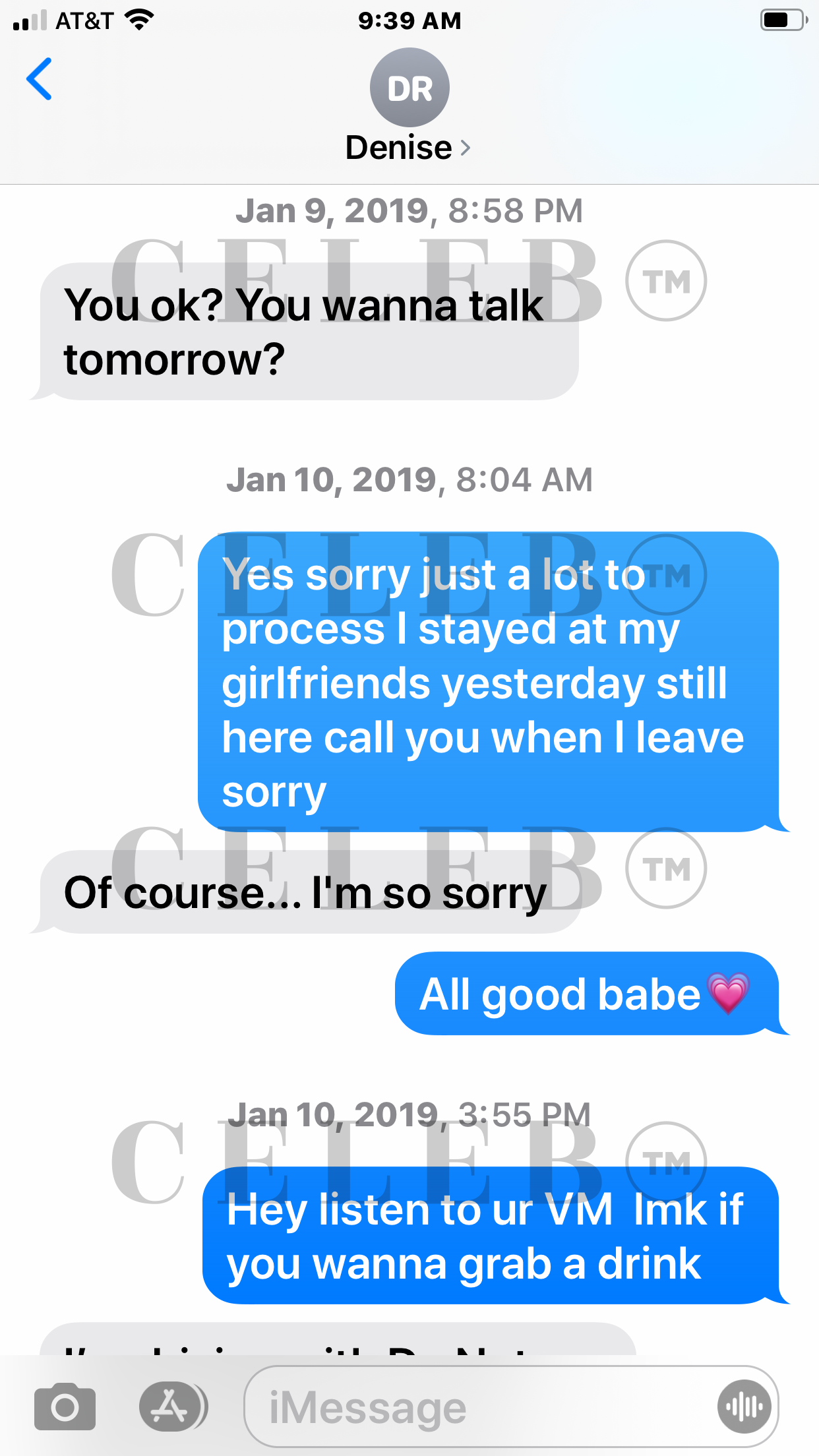 In another text, Richards checks in on Glanville, asking if Glanville is okay and if she wants to “talk tomorrow.”

Later, Glanville asks Richards if she wants to grab a drink. 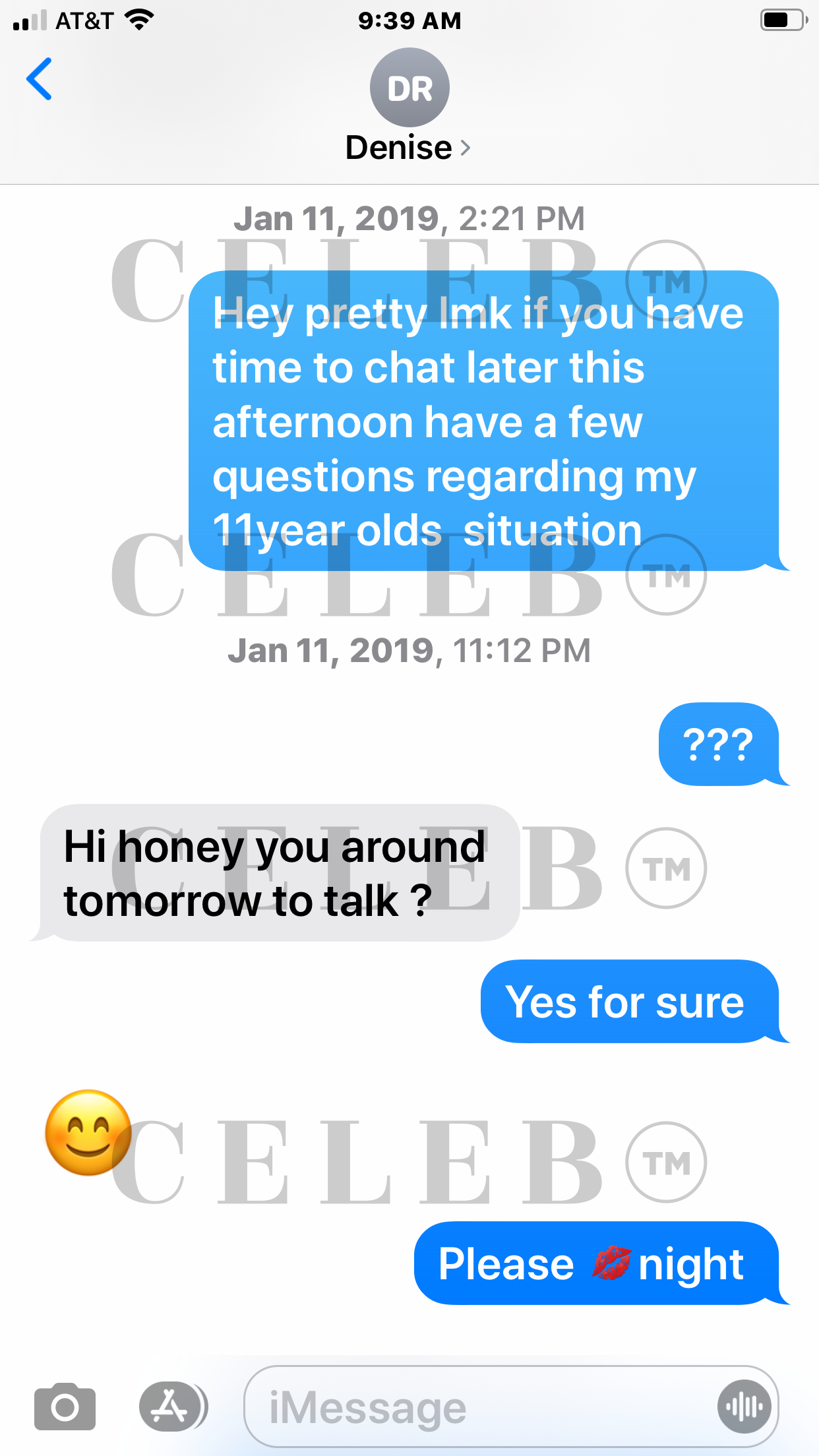 In the above text message, Glanville again refers to Richards as “pretty” and Richards refers to Glanville as “honey.” It again seems evident the pair were friends/had a friendly relationship, with Glanville even seemingly seeking advice from Richards on her son. 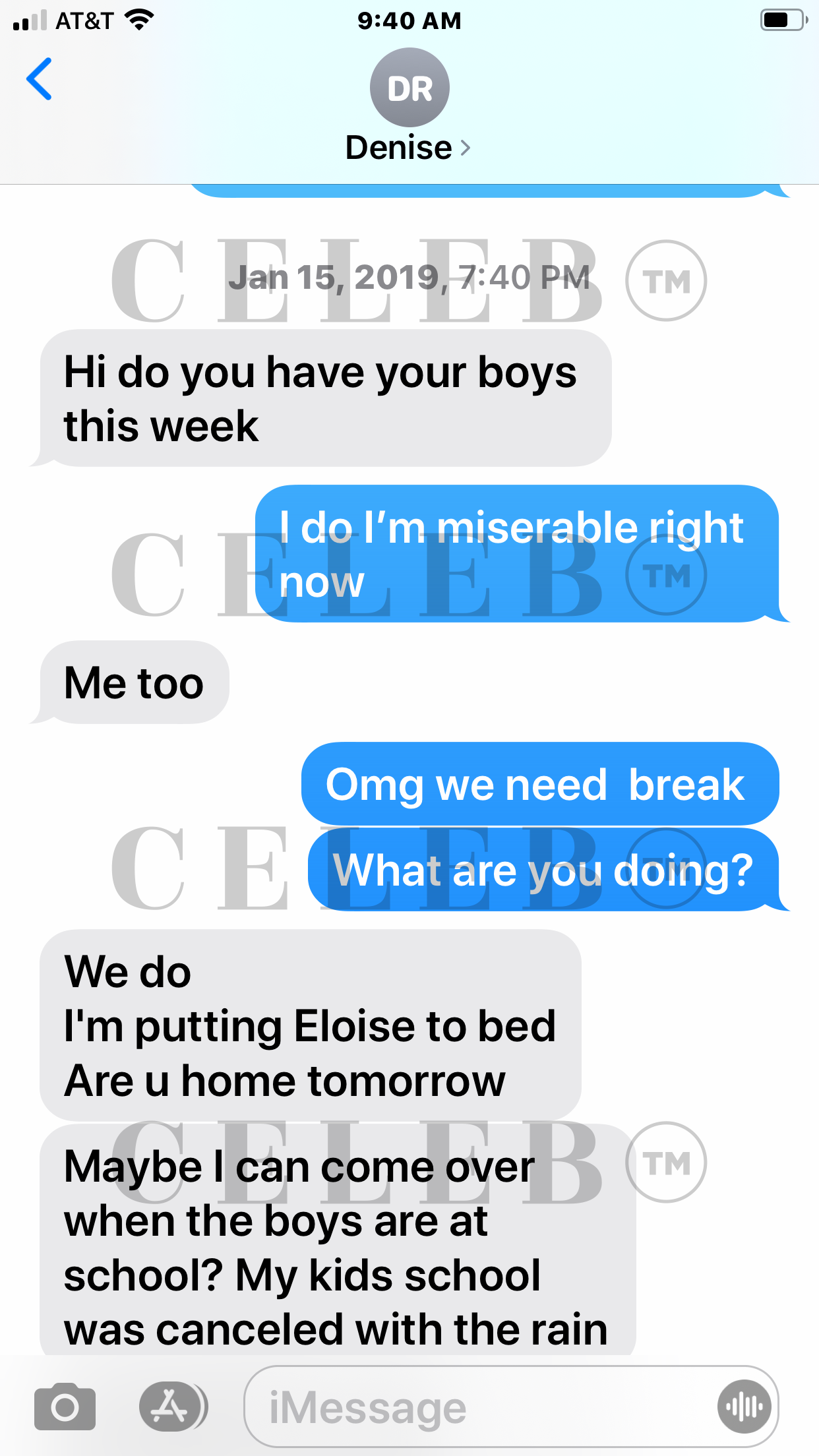 In the text message above, Richards asks Glanville if she has her sons “this week.” When Glanville indicates she does, Richards says “Maybe I can come over when the boys are at school?” 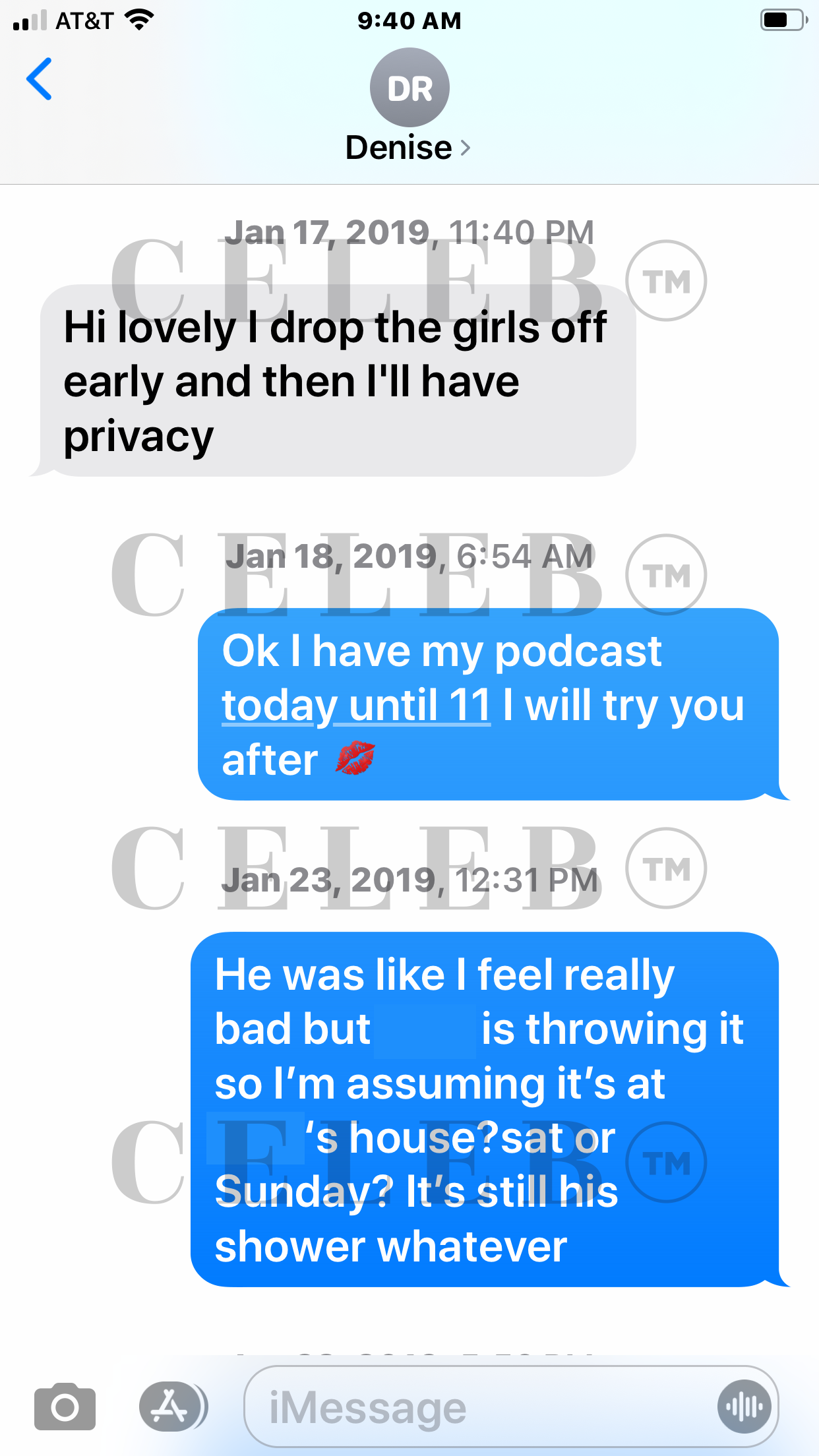 “Hi lovey,” Richards says in another text, as seen above. “I drop the girls off early and then I’ll have privacy.” 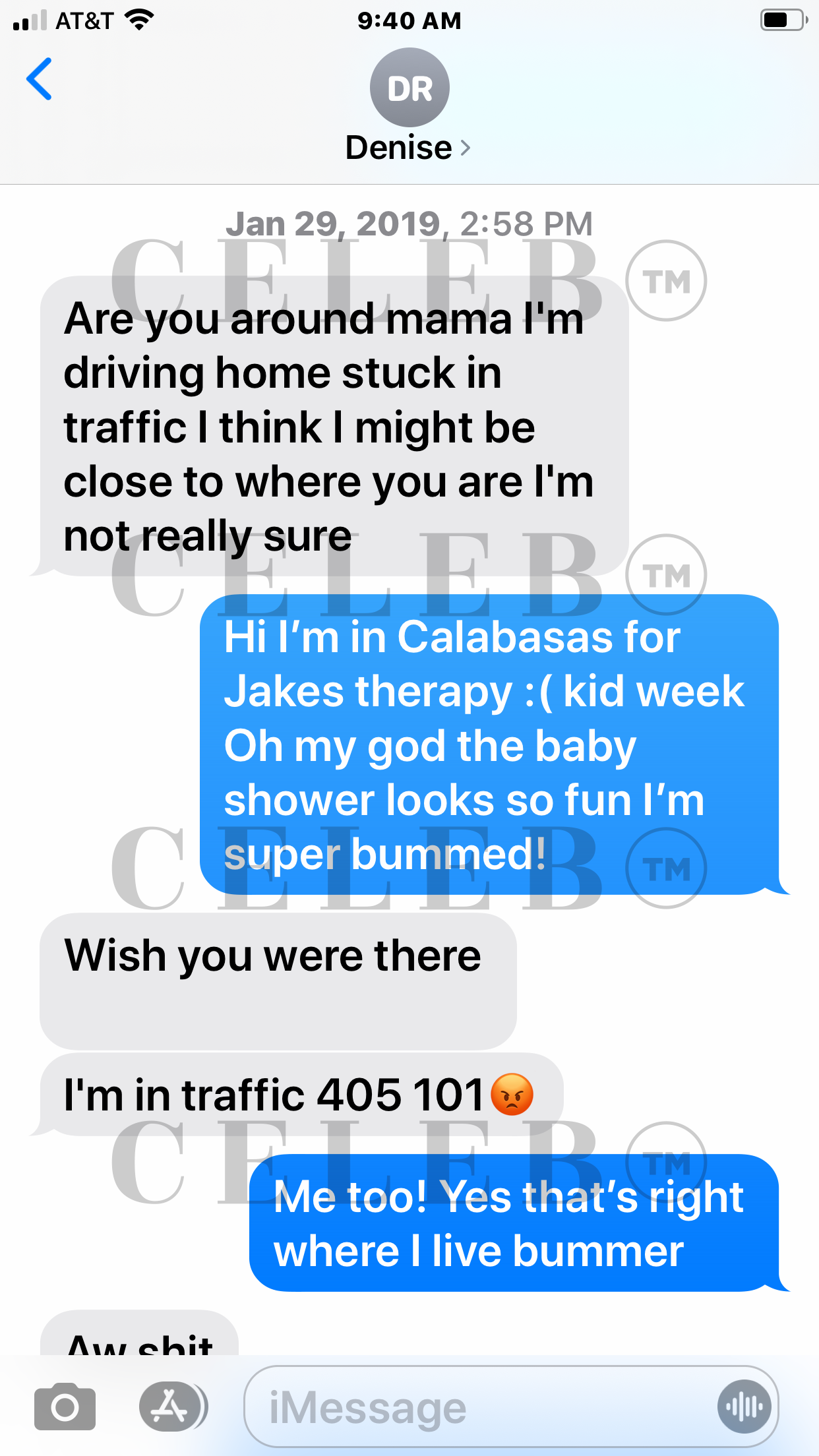 “Are you around mama,” Richards asks Glanville in another text. “I’m driving home stuck in traffic. I think I might be close to where you are. I’m not really sure.” 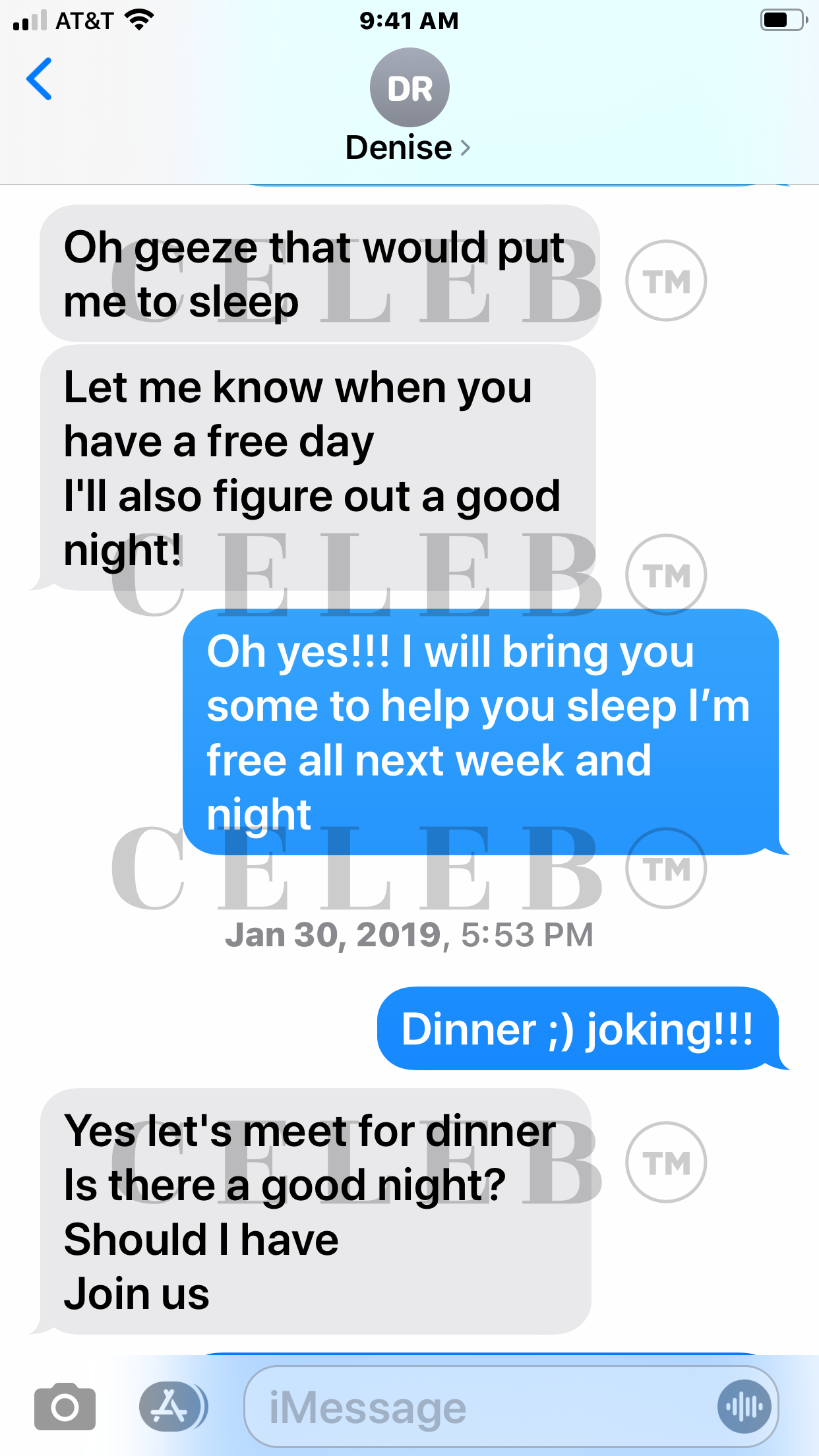 “Let me know when you have a free day,” Richards states in another text. “I’ll also figure out a good night.” 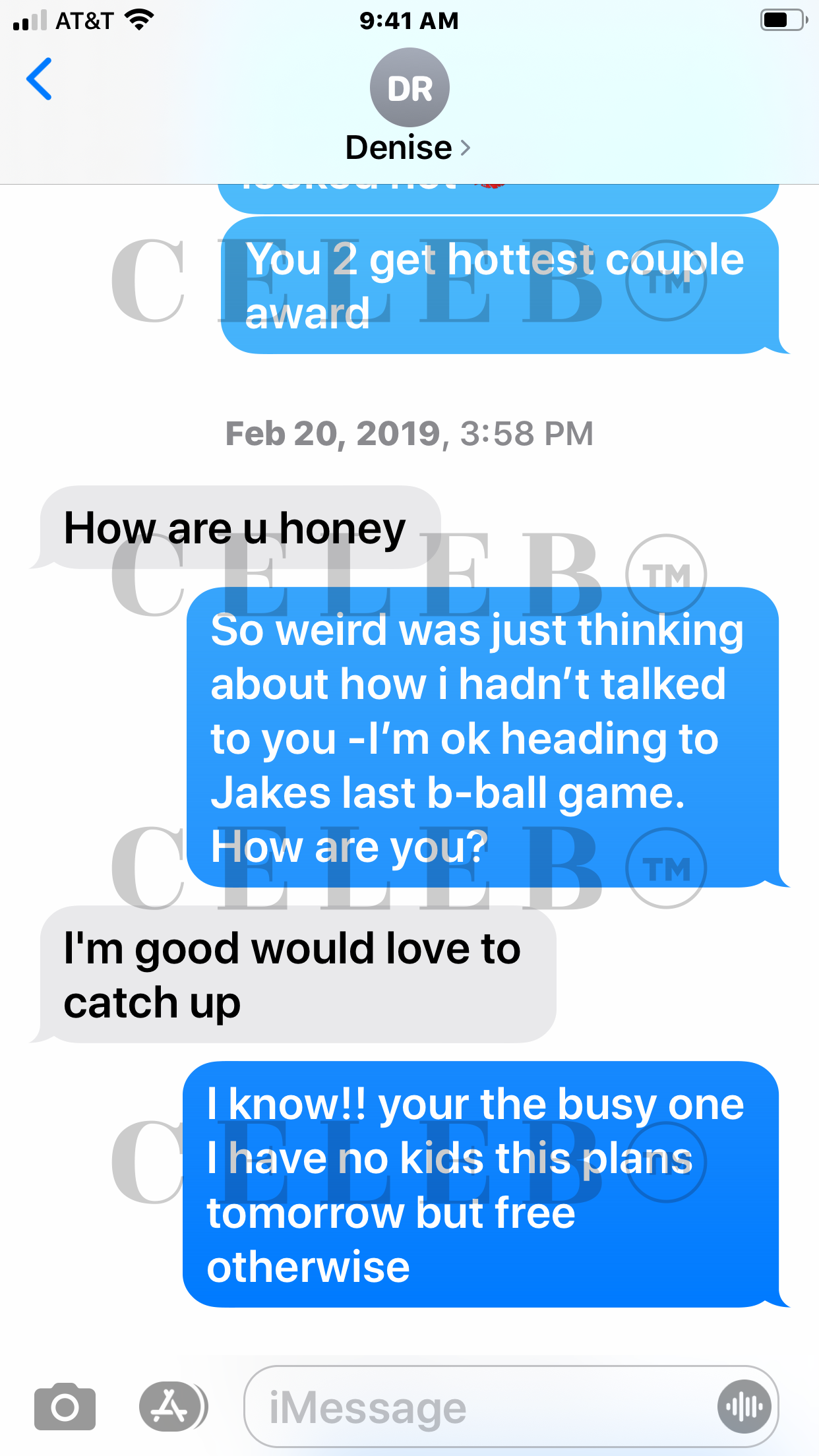 In another text, as seen above, Glanville states that Richards (and presumably her husband, Aaron Phypers) get the “hottest couple award.”

Later in the text thread, Richards notes that she would “love to catch up.” 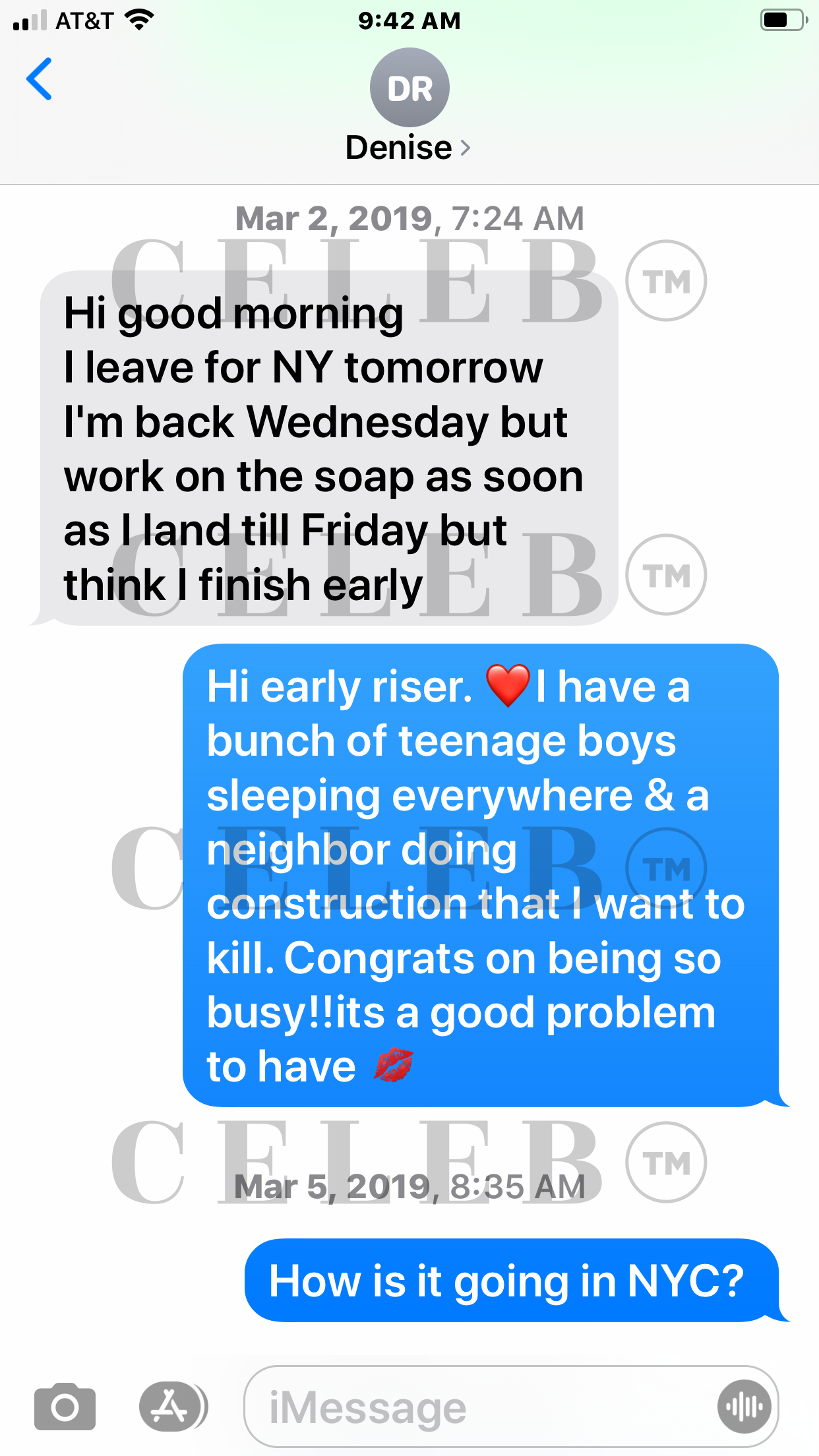 Above, In another friendly exchange, Glanville congratulates Richards on “being so busy” with work, noting that “it’s a good problem to have.” 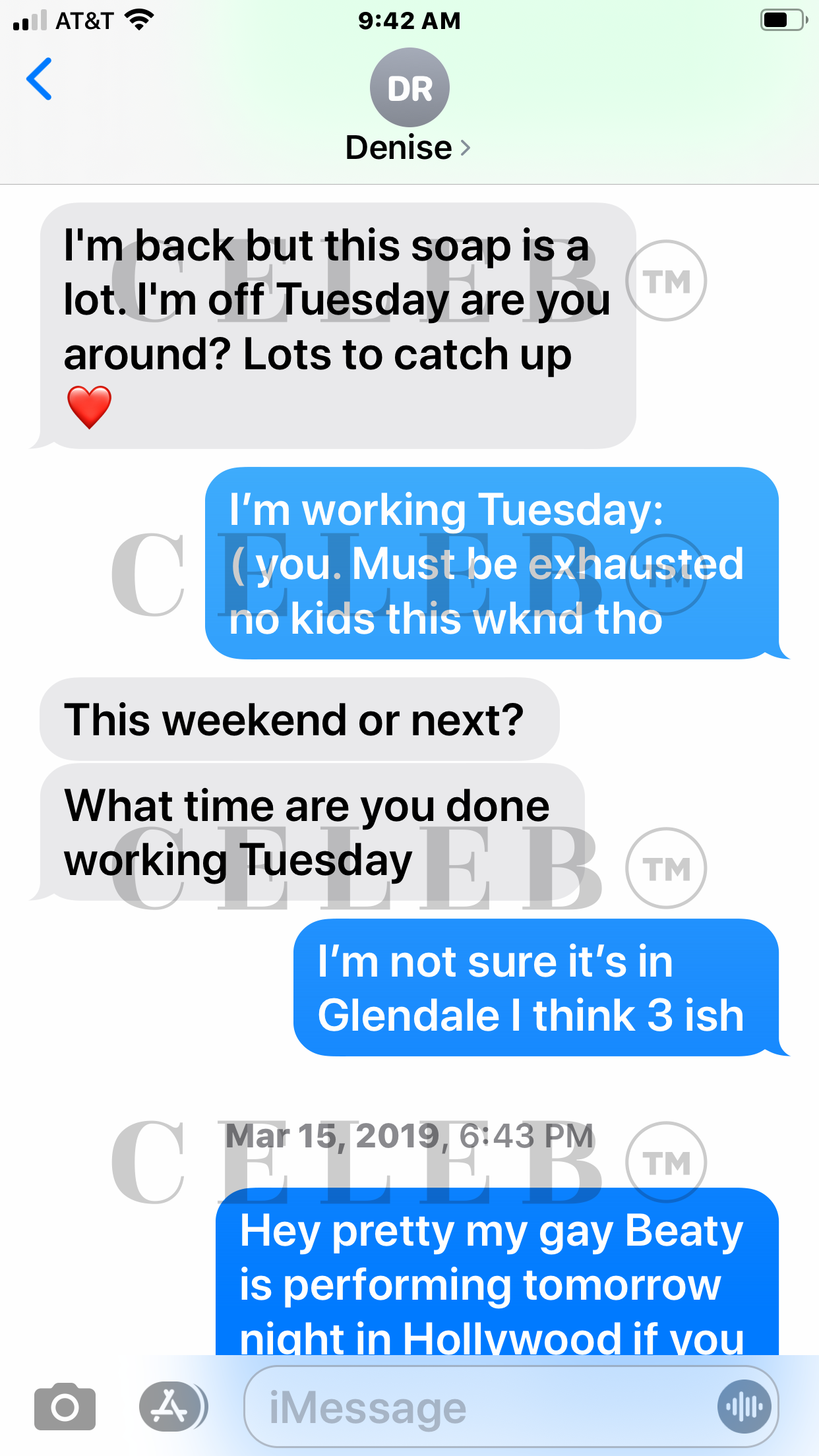 The conversation continues with Richards asking Glanville if she’s around Tuesday, noting there’s “lots to catch up” on.

Glanville explains she’s working Tuesday, and Richards then asks her what time she’s done working by. 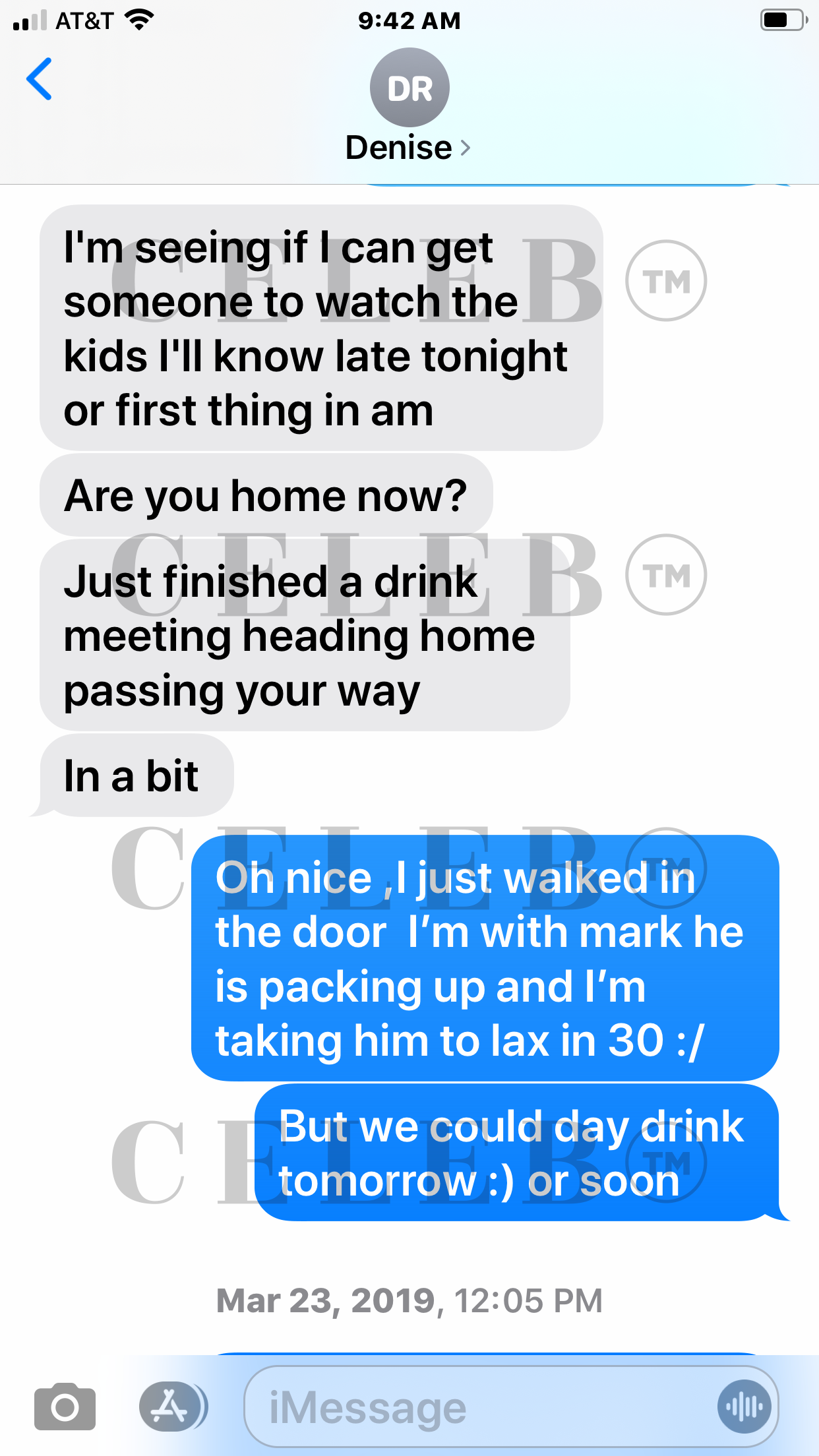 Glanville explains how she’s not currently free but does offer to “day drink tomorrow… or soon.” 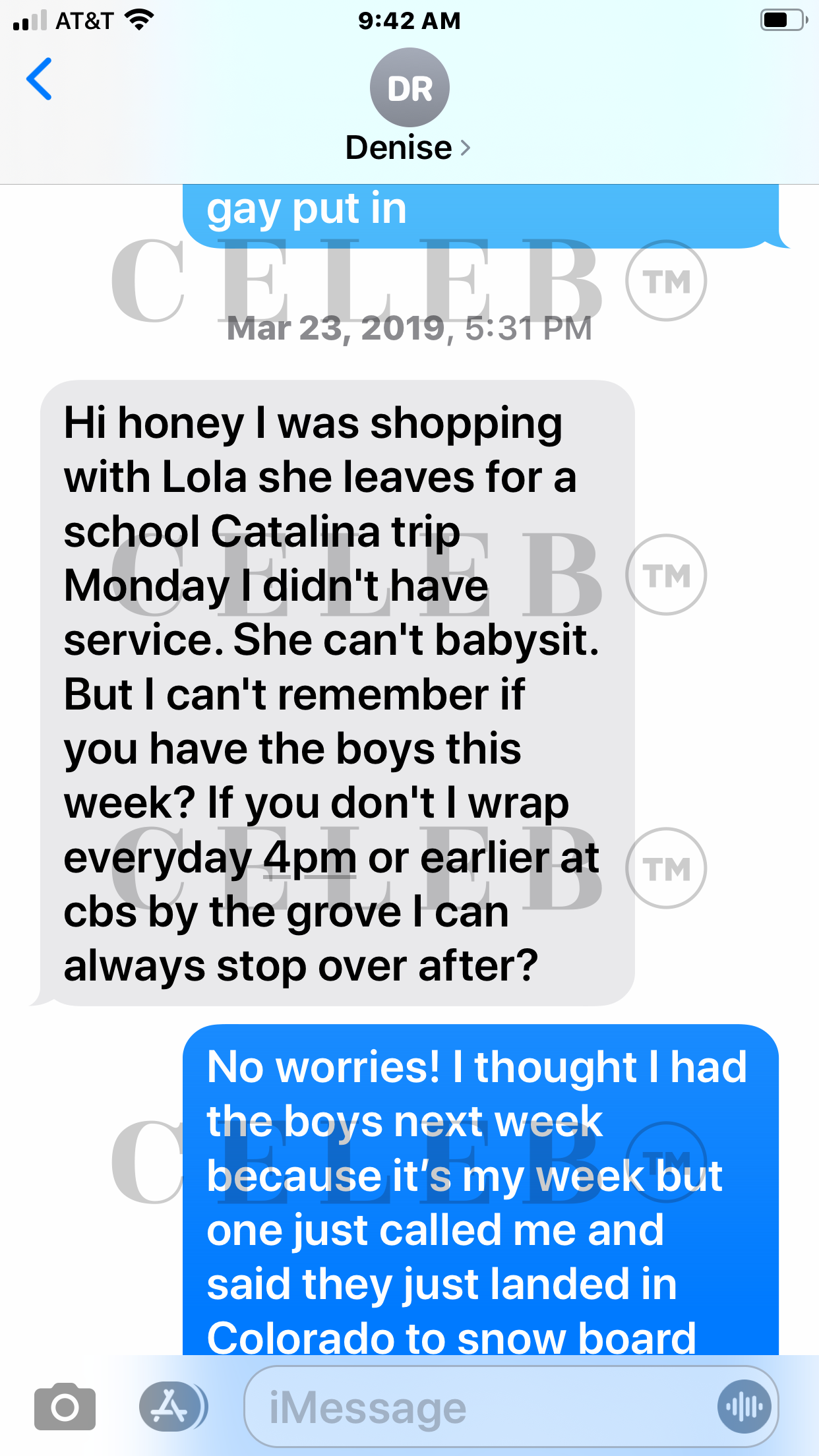 Still in another text message, Richards offers to “stop over” by Glanville’s house if she doesn’t have her sons “this week.” 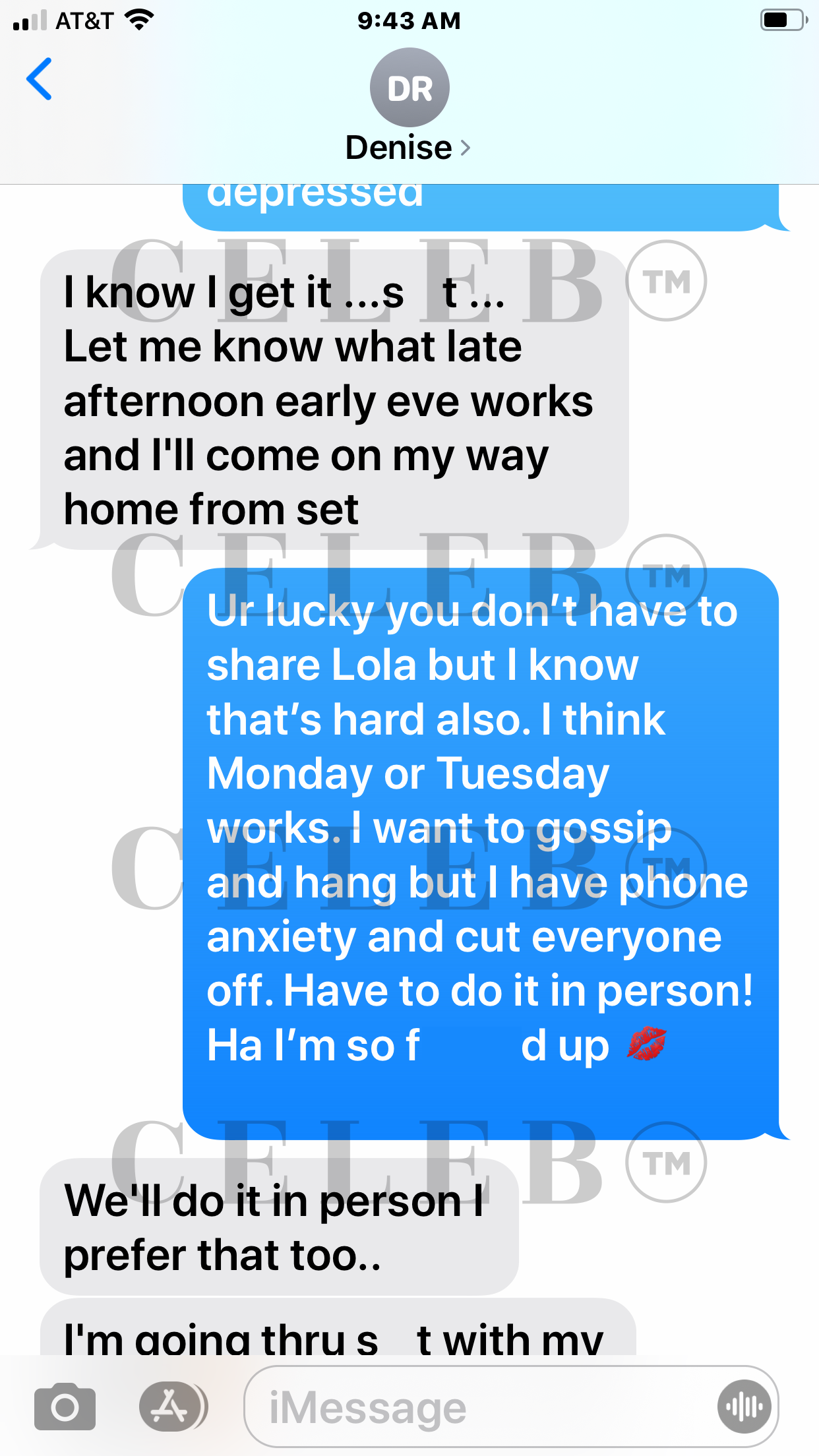 “Let me know what late afternoon early eve works and I’ll come on my way home from set,” Richards offers in another text.

Glanville responds that she thinks “Monday or Tuesday works.” 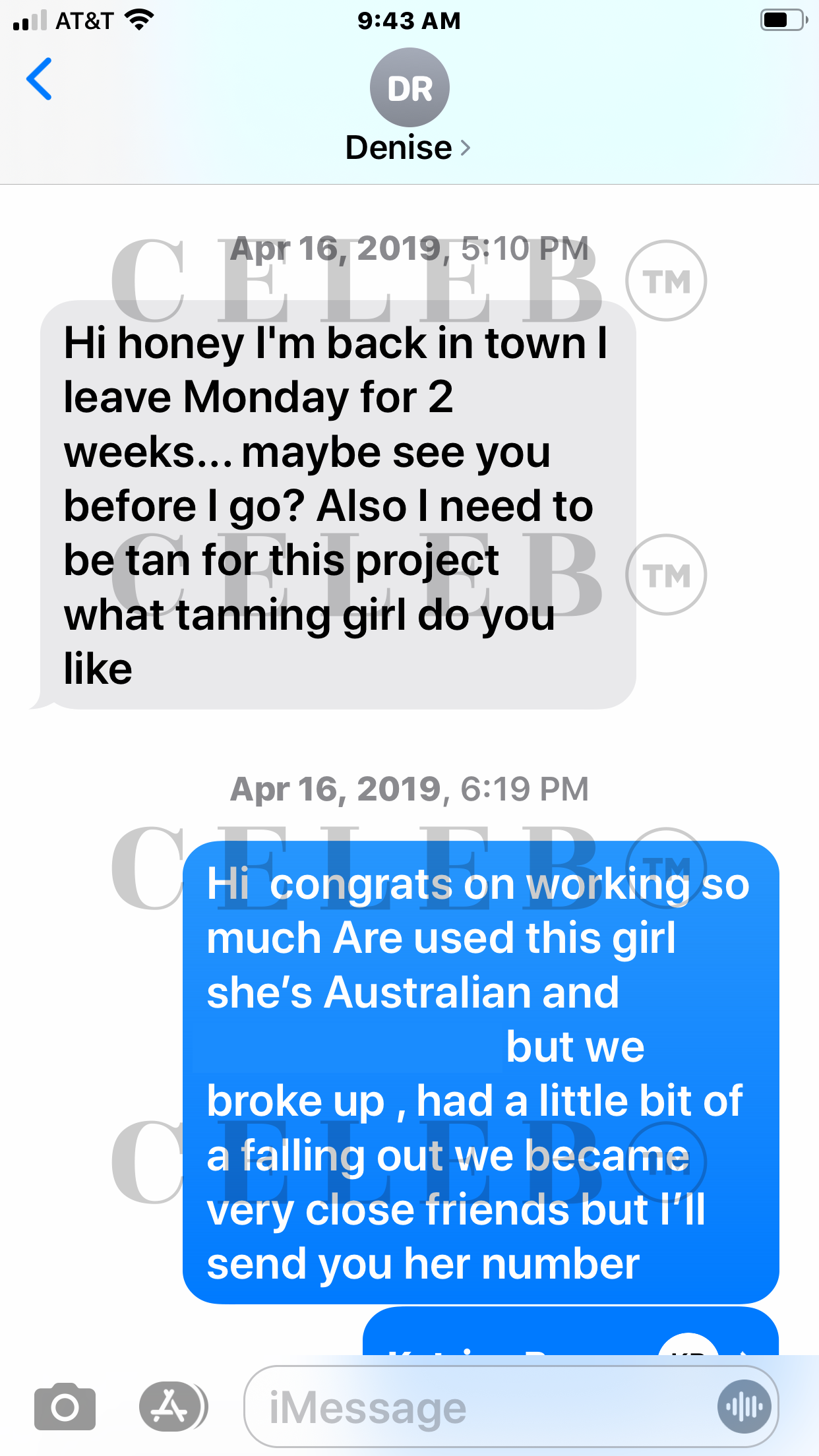 In the last text exchange we obtained, Richards again asks Glanville to hang. Richards explains that “I’m back in town I leave Monday for 2 weeks… maybe see you before I go?”

Again, while these text messages do not mention any alleged affair, they do show that Richards appeared to want to hang with Glanville a decent amount and that they certainly seemed to be more than just “acquaintances.”

Denise Richards Served Brandi Glanville A Cease And Desist – Here It Is In Full!