They were a couple who seemed to have it all. Lawrence "Larry" Rudolph was a wealthy and respected dentist. But 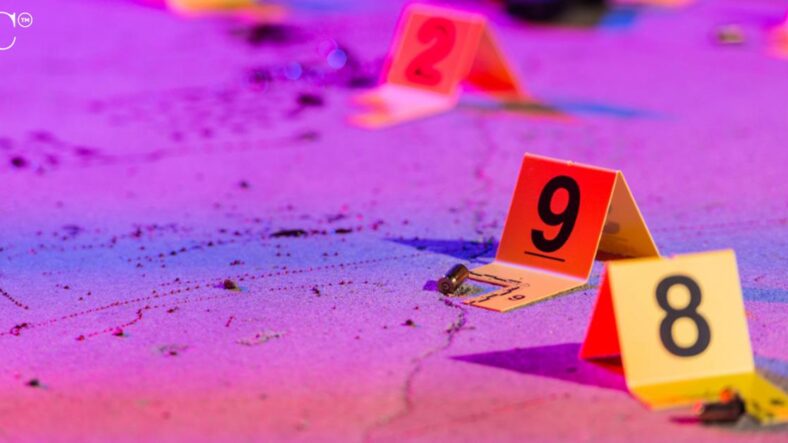 They were a couple who seemed to have it all. Lawrence "Larry" Rudolph was a wealthy and respected dentist.

But wife Bianca Rudolph seemed suspicious of his relationship with the general area manager of his Pittsburgh-area dental franchise, Lori Milliron.

Bianca was demanding more control over their family's finances – and that Lawrence fire Milliron.

Instead, Lawrence took his wife on a big game hunting trip in Africa – and murdered her in cold blood, a jury has found.

The Murder of Bianca Rudolph

A wealthy dentist accused of fatally shooting his wife at the end of an African safari was found guilty of murder and mail fraud on Monday. https://t.co/GUflgRXhhm

The year was 2016 and things were tense in the Rudolph family.

Bianca was upset with her husband's behavior and potential unfaithfulness – and those close to the couple say that Lawrence was definitely having an affair and was verbally abusive to his wife.

But nonetheless, perhaps hoping to salvage their relationship, Bianca packed up her things and took off to Zambia with her husband for what she expected to be a big game hunting trip.

Horrifyingly, Lawrence planned on making her the game, in a premeditated effort to kill her and get her out of the way so he could cash in on nearly $5M in life insurance claims and start life fresh with girlfriend Milliron.

According to Lawrence, Bianca shot herself in the chest with a shotgun while packing it. But experts testified that the blast came from several feet away – making it impossible for her to have done to herself.

Lawrence has maintained his innocence, but a jury wasn't buying it.

Immediately after her death, Lawrence had Bianca's body cremated, which set off warning bells to a friend of the former couple. That friend called in tips to the FBI, including the information that Lawrence was having an affair, that they fought over money – and that he was previously abusive.

A dentist in Arizona, accused of killing his wife while they were on safari in Africa, has been found guilty of murder.

Although Lawrence claims he was in the bathroom, heard a gunshot, and found his wife bleeding, a jury didn't believe him.

He has been found guilty on both murder charges and mail fraud. And Milliron did not escape accountability.

Prosecutors alleged that Rudolph decided to kill his wife to regain control over his life after Bianca Rudolph asked for more say in the couple's finances and demanded that Milliron be fired. Rudolph's attorneys called that a false narrative."

Lawrence's guilty verdict closes the book on a horrifying chapter in the life of the loved ones of Bianca.

The callous and cold way Lawrence murdered her so he could start his life with his girlfriend will forever haunt them. But Monday's verdict is one tiny step towards healing for those she left behind; knowing the man who took her life so cruelly will likely spend the rest of his life behind bars.

Lawrence faces up to life in prison, and Milliron could face 35 years in prison. Their sentencing dates have not yet been set.