Disneyland annual passes have been a Disney fan staple since the 1980s. A way to save money for those who 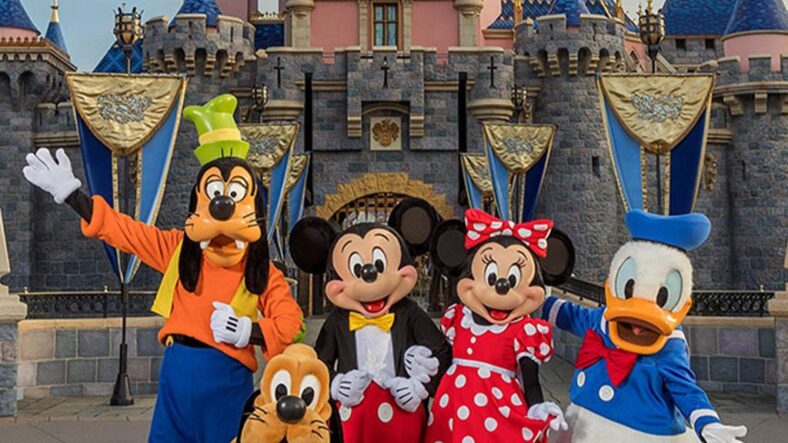 Disneyland annual passes have been a Disney fan staple since the 1980s. A way to save money for those who plan to visit the happiest place on earth multiple times in a year, annual passes are immensely popular and holders often wear their status with pride on bumper stickers or phone cases. Now, however, Disney’s announcement is breaking hearts as the annual passholder program is coming to an end due to uncertainty surrounding the pandemic and the park’s closure. 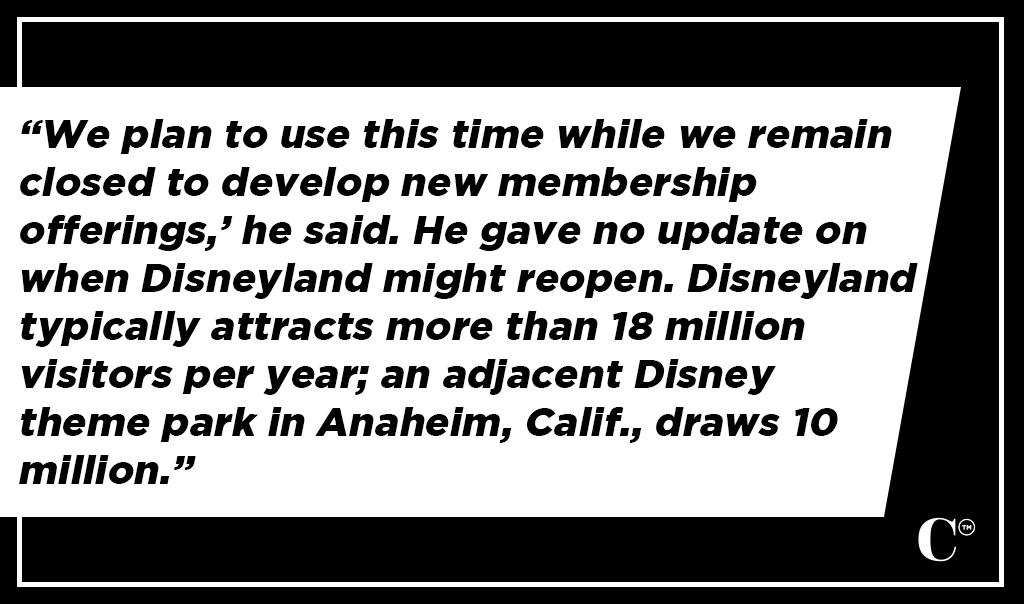 The Walt Disney Company announced this week that they will be ending the annual passholder program, at least for now. With uncertainty surrounding the when and how of re-opening, they are unable to fulfill their passholder’s contracts. The company also signaled that they expect built up demand by passholders and day guests to exceed their capacity when the park eventually re-opens.

Although Disney declined to say how many passholders they have, the Orange County Register reported in 2018 that the company sells hundreds of thousands of annual passes every year.

The New York Times shares, “In a letter to passholders, Ken Potrock, president of the Disneyland Resort, cited uncertainty about the duration of the pandemic and ‘expected restrictions around the reopening of our theme parks.’

‘We plan to use this time while we remain closed to develop new membership offerings,’ he said. He gave no update on when Disneyland might reopen.

The company will be issuing pro-rated refunds to those whose annual passholders went unfulfilled last year due to the closure.

Disneyland Has Been Closed for 10 Months 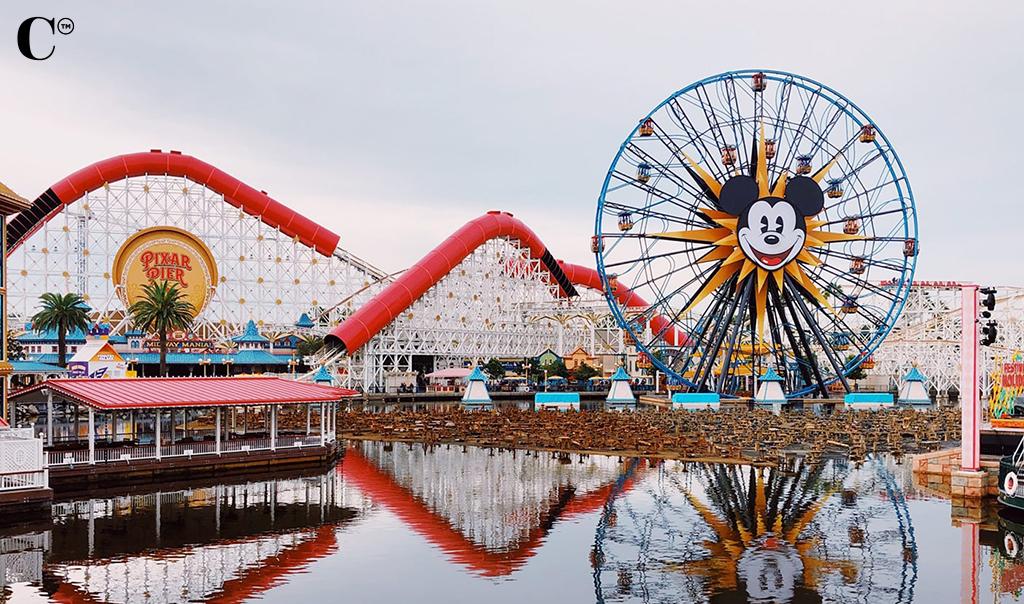 This news comes as Disneyland marks a sad milestone; the beloved park has been closed for an unprecedented 10 months. California’s COVID-related restrictions and lockdowns are some of the strictest in the nations. With numbers surging to unbelievable numbers, Disneyland’s re-opening remains uncertain. Since the beginning of December, California has seen a staggering rise in cases and deaths, and it’s thought now that 1 in 3 L.A. County residents has been infected. And trackers show that the state is averaging over 40,000 new cases every day.

Disneyland is Now a Mega-Site for COVID Vaccination 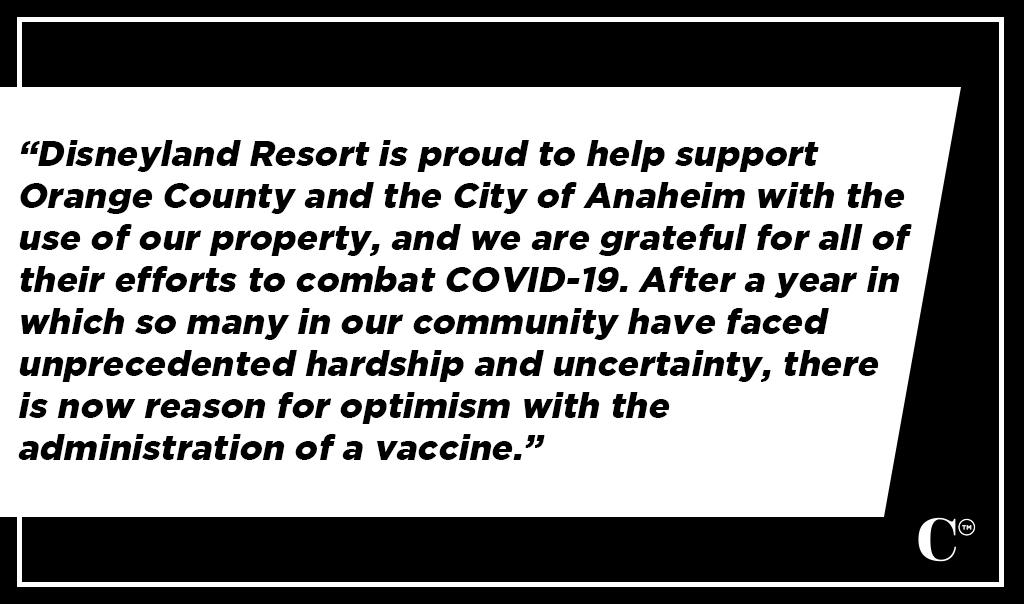 Disneyland has always been a place for hope and happiness. Now, that hope has become tangible. Soon, Disneyland will be the first of five mega sites in Orange County for people to get vaccinated against the COVID-19 virus.

ABC 7 reports, “Under the goal dubbed ‘Operation Independence,’ health care officials in O.C. are aiming to complete all vaccinations by July 4.

‘The Disneyland Resort, the largest employer in the heart of Orange County, has stepped up to host the county’s first Super POD site – undertaking a monumental task in our vaccination distribution process,’ said county Supervisor Andrew Do, acting chairman of the Board of Supervisors. ‘We truly appreciate the support of the Orange County Fire Authority, our cities, and our residents as we continue to rollout COVID-19 vaccinations throughout the county.’

A Disneyland executive said the theme park was glad to support the vaccination efforts.

‘Disneyland Resort is proud to help support Orange County and the City of Anaheim with the use of our property, and we are grateful for all of their efforts to combat COVID-19. After a year in which so many in our community have faced unprecedented hardship and uncertainty, there is now reason for optimism with the administration of a vaccine,’ said Dr. Pamela Hymel, Chief Medical Officer, Disney Parks, Experiences and Products.”

A Sad Time for Disney Lovers 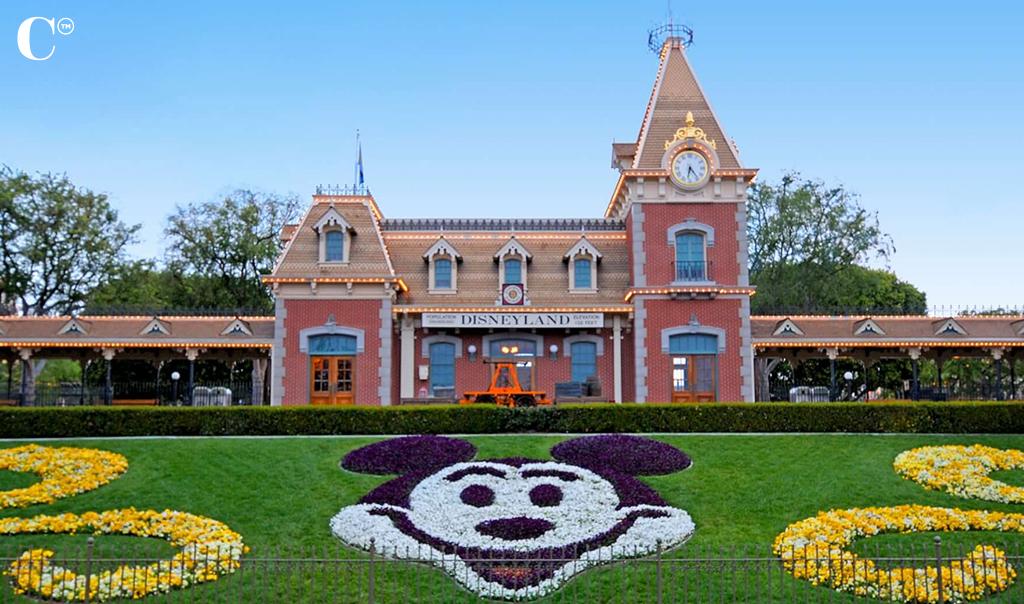 Although the COVID pandemic has been a heartbreaking experience for everyone, losing Disneyland seems like the icing on the sadness cake. Although it makes complete sense for the state to ask Disney to keep the park closed, it has been heartbreaking to see the empty acres. If the vaccination operation continues as planned, maybe California can ease restrictions later this year and allow a limited capacity of guests to return to the park. For now, all Disney lovers can do is wait, and hope. Disney World remains open with limited capacity, as Florida restrictions are far looser.