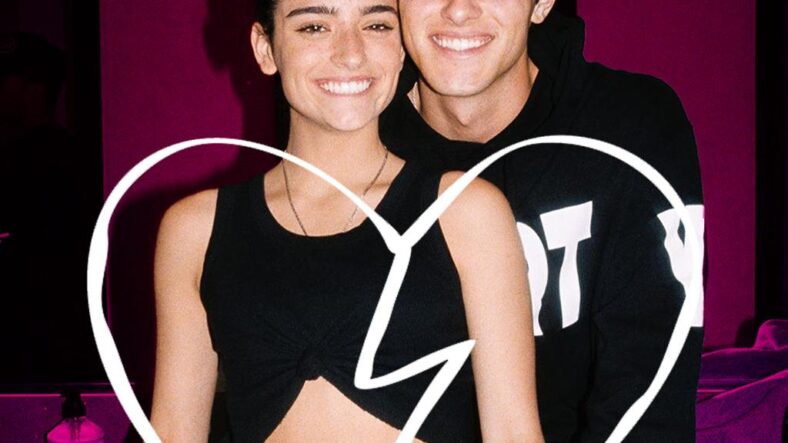 It’s safe to say that Dixie D’Amelio and Griffin Johnson‘s relationship may go down in history as one of the messiest of all time. For those who missed it, they made headlines back in February when they first started dating. But they announced that they had split six months later — in August 2020 — and fans were pretty devastated over the news. And things did not end well. After they went their separate ways, the two stars threw shade at each other left and right and bashed each other online a lot. Now, the drama has continued because in a new interview, the TikTok star just hinted that his ex-girlfriend cheated on him with Noah Beck. 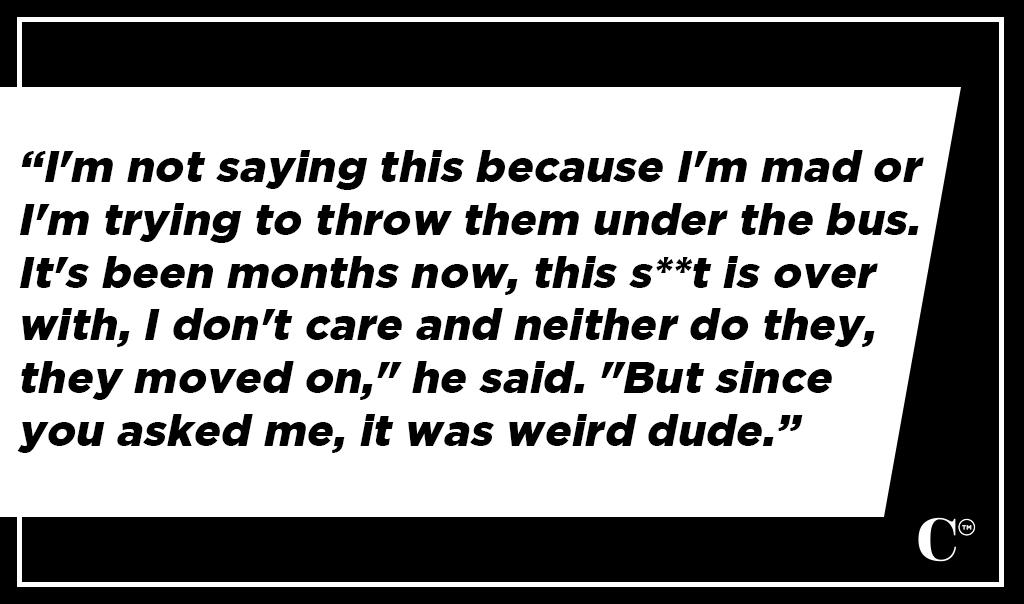 While speaking on the “BFFs featuring Josh Richards and Dave Portnoy” podcast, the influencer explained that although D’Amelio officially started dating Beck one month after their breakup, he felt like “a lot of weird s**t [was] going on between [Noah and Dixie] the entire time” they were dating.

“I’m not saying this because I’m mad or I’m trying to throw them under the bus. It’s been months now, this s**t is over with, I don’t care and neither do they, they moved on,” he said. “But since you asked me, it was weird dude.”

He explained that the two social media stars had “this best friends group” and that they would take trips to Malibu together. Johnson added, “It was weird stuff like I thought about it and was like, this is weird, but I’m not a weird boyfriend, I’m not going to be like, ‘No you can’t go.’”

When Did Dixie D’Amelio And Griffin Johnson First Start Dating?

The pair posted their first public video together back in February 2020. And after that, they started sharing tons of adorable pictures together online, hanging out all the time and flirting on social media — leading many fans to wonder if they were dating. But it wasn’t until July 2020 that they officially confirmed the relationship once and for all, when Johnson shared a video of him asking D’Amelio to be his girlfriend. The pair later revealed that they dated on and off for six months before they made their relationship official.

What Happened After They Broke Up?

On August 2, 2020, D’Amelio confirmed that she and Johnson had split when she uploaded a video to YouTube titled, “My Last Date With Griffin.”

“I had this video scheduled for today, so I’m posting it anyway,” she told fans at the time.

In the weeks that followed, the two stars got into a few nasty feuds online, and when Johnson followed someone on Instagram who had called D’Amelio a “hoe” it was the final straw for her.

“I guess the 48 screenshots of cheating during the relationship means nothing,” she allegedly fired back on Instagram. “Slut shame me some more for having friends.”

After That, Griffin Johnson Publicly Apologized To Dixie D’Amelio

When alleged screenshots of Johnson messaging girls on Snapchat during his relationship with D’Amelio started to surface online, he took to Twitter to clear the air once and for all, and to apologize to his ex.

“Our relationship was put into the public out of our control and I have been taking heat ever since. It was far from perfect on both sides as everyone has seen in the past week. You can hate me all you want but respect Dixie [and] her decisions as I want nothing but the best for her moving forward,” the 21-year-old wrote on September 1, 2020. “I want to publicly apologize to Dixie for the hurt that I have caused. I am human, I am not proud of some of my choices. I have dealt with a lot of this in an immature manner because honestly, I had no idea what to do. I’m not asking for forgiveness, I just want to cut the bulls**t and let everyone understand my thoughts and know that I am sorry.”

here’s some of my thoughts/words put into a short summary. pic.twitter.com/8eiYIZRtUm

He also released a song that was seemingly about the situation a few weeks later, called “Convenient.” In the lyrics, Johnson seemingly denied that he cheated on D’Amelio and called out her relationship with Beck.

“You said you’re just friends but you’re wearing his clothes,” he sang. “She said I cheated / And that’s just f**ked up / But you believed it.”

So Did Griffin Johnson Cheat On Dixie D’Amelio?

During the new interview, Johnson addressed the cheating rumors once again. He insisted that when he messaged those girls, it was when he and D’Amelio were on a break.

“It was like a four or five day period we had broken up and I’m not going to lie, dude, I was just kind of sad,” he said. “It wasn’t me sliding in [to girls’ DMs], it was me answering DMs because I knew it was girls that wanted to talk to me.”

The influencer also admitted that although he did his “fair share of wrongs” during their relationship, he will always have respect for his ex.