The long wait and speculation is about to be over: Donald Trump will be running in 2024, and his official 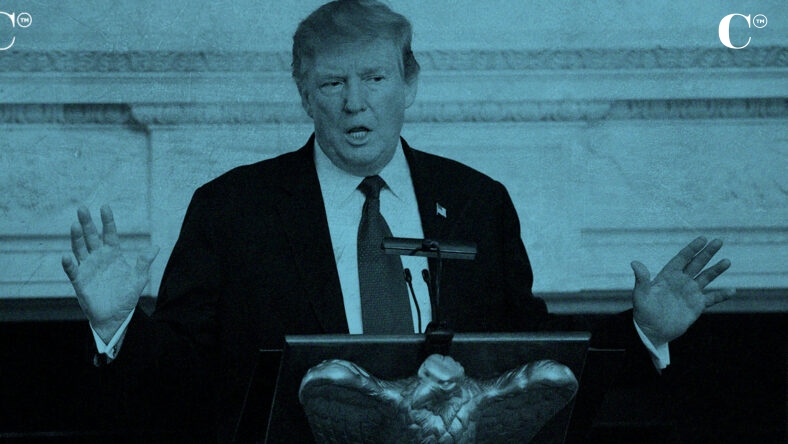 The long wait and speculation is about to be over: Donald Trump will be running in 2024, and his official announcement is days away.

At least, that’s the news coming down the grapevine today.

According to sources close to the former President, his team is weighing November 14 as the date to formally announce his bid for 2024.

But Trump is in a race against time – and against indictments.

See: ‘WE MAY HAVE TO DO IT AGAIN’: DONALD TRUMP HINTS AT 2024 RUN AHEAD OF FINAL JANUARY 6 HEARING TOMORROW

Although people have been speculating openly, it’s all but assumed that the announcement will soon be made for “Donald Trump 2024.”

That’s because he believes that running for President again will provide him some measure of protection from a number of legal woes bearing down on him.

However, experts are divided on exactly how much protection one gets from being a candidate.

It’s unlikely that the many investigations aimed at the former POTUS will take until 2025 to wrap up, and that’s when Trump would take office again if he were to win, so it could all be for nothing.

Nonetheless, the former President seems determined to throw his hat into the ring.

For the last year, he’s been telling supporters at rallies that he expects they’ll have to “do it again.” And on Thursday, he gave the strongest hint yet, telling fans that he would, “very, very, very probably” run in 2024. “Get ready, that’s all I’m telling you — very soon,” Trump said at his rally Thursday. “Get ready.”

And now those close to the former POTUS say a date may be settled on: November 14.

Forbes reports, “Trump and his aides have discussed November 14 as a possible date to launch his presidential bid, Axios first reported and CNN and the New York Times confirmed, though that date is not yet set in stone.

The launch could be followed by a ‘multi-day series of political events,’ Axios reports, and CNN reports that aides are split between whether Trump should announce in a battleground state he lost in 2020 or his home state of Florida.”

But it all depends on how the midterms go. The hope would be for Trump to ride a wave of GOP victory momentum and move supporters from one glowing moment to another.

But if things go badly in the midterms, or at the least lackluster, the date may shuffle again.

Trump’s team isn’t the only one making plans surrounding a presidential bid in 2024.

The Department of Justice is reportedly mulling a special counsel if (when) the nation faces Donald Trump 2024.

CNN reports, “As Donald Trump inches closer to launching another presidential run after the midterm election, Justice Department officials have discussed whether a Trump candidacy would create the need for a special counsel to oversee two sprawling federal investigations related to the former president, sources familiar with the matter tell CNN.

The Justice Department is also staffing up its investigations with experienced prosecutors so it’s ready for any decisions after the midterms, including the potential unprecedented move of indicting a former president. Top aides to Trump have been eyeing the third week of November as an ideal launch point for his campaign, with two sources telling CNN on Friday morning that the team has specifically discussed November 14.”

While Trump may hope that running for 2024 will take some of the heat off his back, it would seem that the Department of Justice is nowhere near ready to let go of the investigations they are diligently and methodically sorting through.