Donald Trump Likely to Announce Candidacy for President Tonight – Does Anyone Care?

Donald Trump is set to announce his candidacy for President in 2024, during primetime tonight. But does anyone care? The 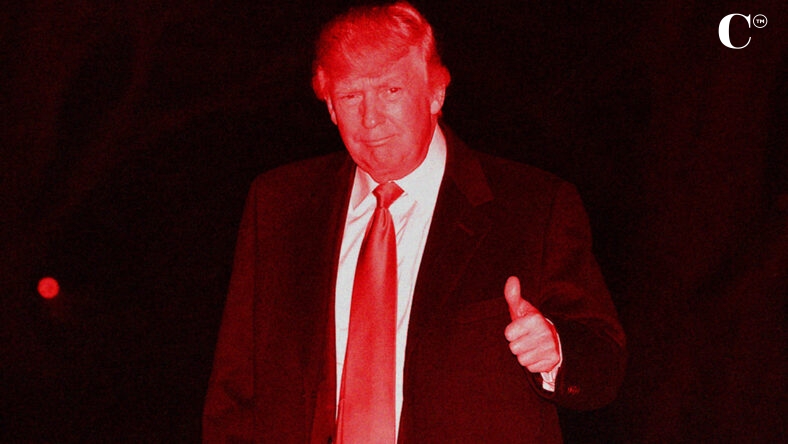 Donald Trump is set to announce his candidacy for President in 2024, during primetime tonight. But does anyone care?

The once wildly-popular MAGA leader and former POTUS is now being seen by some as a liability, an albatross around the neck of a Republican party who stuttered and failed in midterms they expect to sweep.

Does anyone care that Trump is announcing tonight – and should they?

Donald Trump expected to announce his run for the 2024 Presidency today. pic.twitter.com/yDnGjh0XZF

Trump has promised a huge announcement to come from Mar-a-Lago at 9PM on Tuesday.

Everyone expects that this will be his long-teased formal announcement that he will run for President for a third time in 2024. But should he bother?

At this point, this would be Trump’s third run for President with one success and one loss under his belt. The FPOTUS has been impeached twice, and just proved that he can’t move the election meter in Republican favor. That makes him a huge liability for conservatives who are grappling with the stunning rebuke from voters that their message fell flat for midterms.

Instead of propelling candidates to victory like many assumed Trump would, connection with his name and election-denying pushed voters away. He could well be dragging the party down with his reputation, something political experts have suggested would happen once voters reached a level of controversy fatigue.

Trump needs to run in 2024 if he wants some protection from the jaws of multiple investigations (both criminal and civil) closing in on him from all directions. So whether or not strategists want him to run, he’s almost certain to throw his hat in the race.

But for Republicans, clinging to hope that they can rebrand ahead of 2024 and seize on the same disenfranchised frustration that propelled them to victory in 2016, he’s a distracting and frustrating obstacle.

And Trump doesn’t seem to be aware that he was the problem in the midterms, blaming everyone but himself for Republican losses.

He even continued more of the same conspiracy peddling and wild accusations that seemed to sour voters on his brand just hours before making the anticipated announcement.

Trump re-truth’d an image that touted Trump as the savior of certain “abused” races and suggested he could not stomach “mass murders.”

But if you read a little more thoroughly, there’s mention of Moloch – a mythological figure connected with child sacrifice – and suggestions that Trump became president to fight for children and “certain races” kept in “need/poor/and suffering” for a specific purpose.

It concludes, “Perhaps he could not in good conscious [sic] see the world burn.” The image is straight out of the Q-Anon conspiracy playbook.

Trump himself has been one of the most destabilizing and polarizing political figures in US history, making the meme not just wildly inaccurate but also bizarrely positioned. Especially considering that revelations have shown that Trump’s businesses profited significantly from both Secret Service stays at his properties and from foreign dignitaries hoping to curry favor by staying at his hotels.

Circling back to the original question – should anyone care?

Arguably, whether or not Trump chooses to run is more important than whether he wins. The divide in the Republican party runs deep, and the midterms show that it may run deeper than the divide between Republicans and Democrats.

Donald Trump Takes on Ron DeSantis, But Should He?

Ever since the midterms came to a close (at the polls, at least), Trump has been taking pot shots at Republican frontrunners he thinks could challenge him for the Republican spot in 2024.

Highest on his list has been Florida Governor Ron DeSantis.

Unlike Trump, DeSantis had a wonderful midterm showing.

Not only did DeSantis sail to a landslide victory over his opponent, former Governor (and Republican-turned-Democrat) Charlie Crist, but the entire state turned red.

From local up to state and federal elections, the red wave predicted across the country actually materialized in Florida.

But it’s what he admits to having done to help DeSantis in 2018 that has Republican strategists groaning and voters cringing away from yet another round of Trump-centered drama.

Trump wrote on Truth Social (in part), “After the Race, when votes were being stolen by the corrupt Election process in Broward County, and Ron was going down ten thousand votes a day, along with now-Senator Rick Scott. I sent in the FBI and the U.S. Attorneys, and the ballot theft immediately ended, just prior to them running out of the votes necessary to win. I stopped his Election from being stolen.”

This is election interference that he admitted to committing, if true. The very crime Trump denies committing in Georgia in 2020.

It’s a stunning and exhausting development for voters who want to move on and stop circling the drain of election-related crimes.

While Trump thought it weakened DeSantis and made him look powerful, it may have backfired spectacularly.

Trump has also taken the opportunity since Voting Day to target other Republicans whose power he sees as a threat, including Senate Minority Leader Mitch McConnell and House Minority Leader Kevin McCarthy.

But again, instead of the illusion of strength – it’s having the opposite effect.