Donald Trump Pal Boris Johnson Could Lose it All in Today’s UK Vote of ‘No Confidence’: Is it a Warning Bell for Trump?

Today, leaders in the UK meet to take a vote on whether or not Prime Minister Boris Johnson can remain 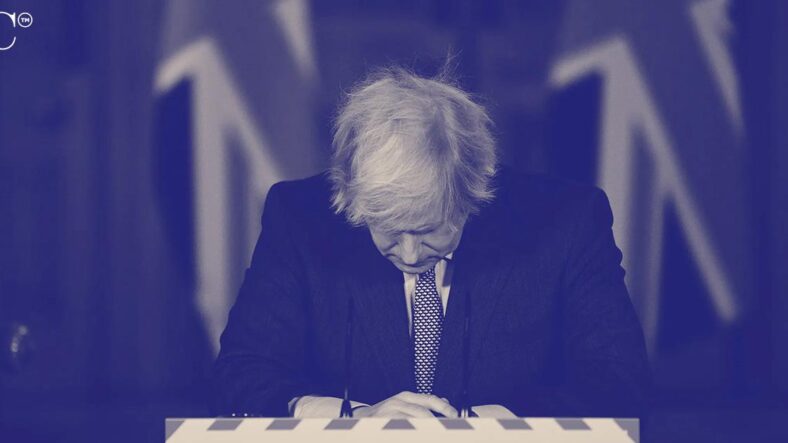 Today, leaders in the UK meet to take a vote on whether or not Prime Minister Boris Johnson can remain in a position of power.

After months of uncomfortable headlines for the Trumpesque leader, proper British Parliamentarians may have finally soured past the point of no return. The former pal of former President Donald Trump faces a Parliament vote of "no confidence" and could be removed from his position. Is it a warning bell for Trump?

Why is Johnson On the Outs?

The first question to answer would be: what is a vote of "no confidence"? Simply put, it's a recall method whereby leaders in the Parliament can indicate they no longer support the leadership of a Prime Minister and they can remove him from power if enough MPs vote in favor of the motion

In Johnson's case, 54 Conservative Party members of Parliament – his own party, comprising 15% of total MPs – triggered the vote.

The vote comes as a result of a series of debacles and uncomfortable headlines for the Prime Minister, which reflect poorly on the "traditionalist" Conservative party.

Forbes explains, "While Johnson has been primarily criticized for a series of Covid lockdown parties, Conservative MP Jesse Norman said in a letter published Monday there are other concerns regarding the prime minister’s leadership, saying Johnson’s government 'lacks a sense of mission' and is based more on 'empty rhetoric' than 'sensible planning.'

Norman, one of the MPs who helped trigger Monday’s vote, also pointed to moves like Johnson considering overriding Northern Ireland’s Brexit agreement and a plan to send undocumented immigrants to Rwanda.

A spokesperson for Johnson said the vote “is a chance to end months of speculation and allow the government to draw a line and move on.'”

If the gesture succeeds and Johnson loses the vote, the party will hold an election to select a new leader. If it fails, he will be shielded from another vote of no confidence for a year.

It's a remarkable about-face for a Parliament that has largely looked the other way while Johnson acted mostly with impunity.

A Friendship That Turned Cool

Meanwhile, across the pond, Johnson has a former friend watching the vote closely – Donald Trump. While Trump was president, the two were close and shared a lot – from ideology to scandals. They even shared wild blonde hairdos and weirdly long neckties.

However, once President Joe Biden was voted into office, Johnson began singing a different tune – one supportive of the former President's successor.

It was a stinging reversal for the former President who always felt like he had one leader in his arena even when the rest of the world felt his policies were too extreme and he was in danger of isolating the US from the world.

The question is: is there any implication for Trump coming out of the vote in Parliament today?

Yes and no. Since Trump is no longer in power, clearly he doesn't have to worry about a recall. But there could be danger down the road if Conservatives worldwide are rejecting the bold nationalism and maverick-style leadership both he and Johnson are renowned for.

With 2024 looming on the horizon, the last thing Trump wants to see is a rejection by Conservatives of his brand of leadership, which is exactly what Johnson is facing across the pond.

As a whole though, Trump and Johnson distanced themselves from each other enough in the waning days of Trump's presidency that it may have no ripple effects. Public opinion is a fickle thing, so whether or not people will finish with Johnson and then turn eyes to Trump remains to be seen – but the President has the advantage of being tucked away from the public eye and only releasing what he wants people to hear right now, as opposed to Johnson who still lives under the microscope.

Whatever happens with Johnson, it may help Conservatives draw up their 2024 game plan – and for that, Johnson can still do his friendship with Trump one last favor.

NBC News writes, "In 2019, Johnson's predecessor Theresa May won such a vote, but the sizeable minority that came out against her made it clear that she could no longer carry on. Under slightly different rules in 1990, then-Prime Minister Margaret Thatcher defeated a challenge from her own finance minister but withdrew after consulting her Cabinet, who made it clear to her that she no longer had the full party's support.

And it is clear that there are growing numbers within the party who think Johnson must go."

The vote is being held after 1PM EST.