‘It Would Be the Electric Chair’: Donald Trump Calls US ‘Evil’ and Barreling Towards ‘Communism’

According to Donald Trump, the US is doomed and Hunter and Joe Biden deserve the electric chair. Apparently the former 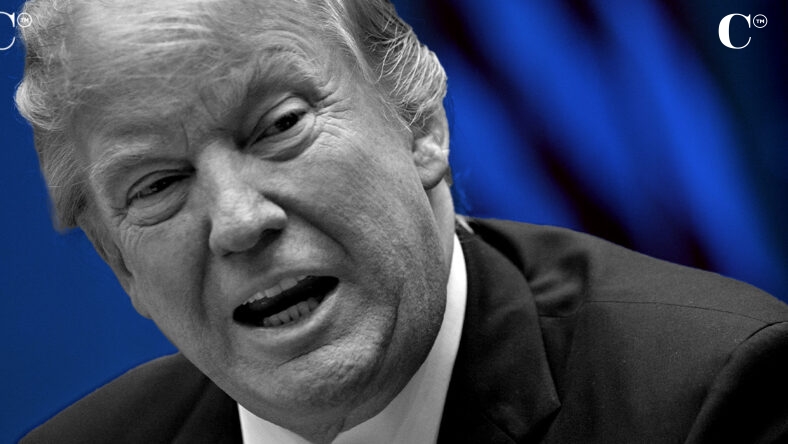 According to Donald Trump, the US is doomed and Hunter and Joe Biden deserve the electric chair.

Apparently the former POTUS was back on his favorite hobby over the weekend: controversial hot takes.

Trump took aim at the Biden family and the country as a whole as the midterm elections inch closer and a number of criminal and civil investigations draw close around the former President.

President Donald Trump on Hillary Clinton destroying 33,000 emails in the FBI's criminal investigation of her illegal email server: “Think of this — if I deleted one email, like a love note to Melania, it's the electric chair for Trump” pic.twitter.com/lkinxiEWTJ

From a massive civil lawsuit in New York against Trump Organization, and the Department of Justice investigating Trump’s mishandling of classified documents, to his potential culpability in the January 6 riots, election interference and more – Trump is under the microscope everywhere he turns.

And the fact that it’s weighing on him is evident in his posts on Truth Social, which are increasingly becoming violent and targeted at his enemies.

Over the weekend, Trump took aim at Hunter and Joe Biden, writing, “The Witch Hunt continues, and after 6 years and millions of pages of documents, they’ve got nothing. If I had what Hunter and Joe had, it would be the Electric Chair.”

He then added, “Our Country is Rigged, Crooked, and Evil – We must bring it back, and FAST. Next stop, Communism!”

While claiming that the country is barreling towards disaster and communism is nothing new for former POTUS Trump, his rhetoric about Hunter and Joe Biden has certainly stepped it up another notch.

It is, however, an echo of statements Trump made about former Secretary of State and First Lady Hillary Clinton in 2019.

See: ‘I HAVE NO JURY OR CIVIL RIGHTS’: DONALD TRUMP BLASTS ‘COMMUNIST TAKEOVER’ ON TRUTH SOCIAL

A Torrent of Memes from the Former POTUS

Aside from suggesting that Hunter and Joe Biden may deserve the electric chair (since he would get it if he were accused of the things they are, according to Trump), the former POTUS spent a lot of time this weekend re-truth-ing memes.

And most of those memes are outrageously bizarre, with one showing the former POTUS dressed in fantasy medieval armor with the image caption, “Trump is a warrior.”

Other images shared by the FPOTUS include a comparison of Trump posing with troops imposed over an image of soldiers sleeping in a parking garage, attributing the conditions (which lack any context) to Biden.

But one was perhaps the most shocking, given recent events.

At the time, the Speaker herself was not at home.

The attacker allegedly assaulted Paul Pelosi with a hammer, and was looking for Nancy.

Paul Pelosi underwent surgery for a skull fracture and other injuries, but is reportedly expected to make a full recovery. Nancy said she was “heartbroken and traumatized” but thanked First Responders for getting to her husband quickly.

Against this backdrop of horrific and unprovoked violence, the former POTUS decided to share an image that shows Senate Majority Leader Chuck Schumer and Speaker Pelosi with the caption, “We don’t need metal detectors in Congress. We need lie detectors.”

But right now, the former President seems oblivious to any fallout from his own behavior, as he continues to ignore his culpability for the violence of January 6 and uptick in violent rhetoric after his statements.