Former President Donald Trump is the world's current "will he, won't be" obsession. The former POTUS is under so many 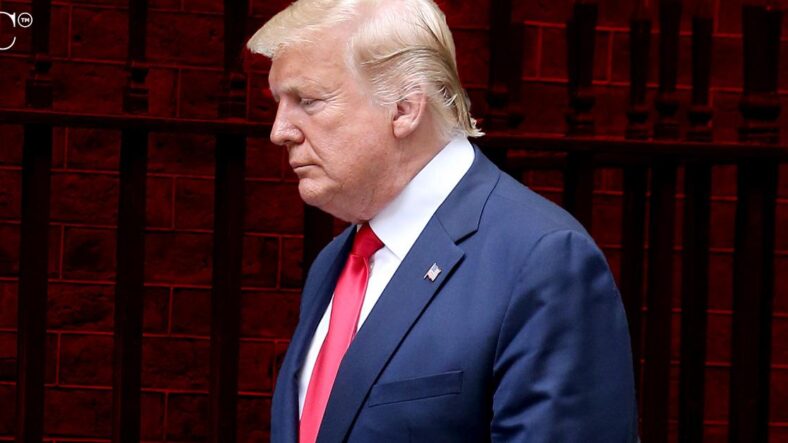 Former President Donald Trump is the world's current "will he, won't be" obsession.

The former POTUS is under so many legal microscopes right now that it's almost absurd – from lawsuits and fraud probes to criminal investigations into the mishandling of classified documents, possible espionage and the potential incitement of an insurrection.

One legal expert has weighed in on how he thinks things will go for the FPOTUS – even as Trump himself ramps up his rhetoric on Truth Social, leading to a backlash from former GOP strategists.

Trump ‘Will Be Convicted of Multiple Felonies’

Trump “will be convicted of multiple felonies”: George Conway on the bumpy road ahead https://t.co/eyr0uJnQqK

The question about whether or not Donald Trump will be convicted of crimes (much less multiple crimes) is a topic of great speculation at political roundtables the world over, as well as dinner tables across the US.

It's unclear exactly which investigations will wrap up first, but the Department of Justice's investigation of Trump's handling of classified documents at his Mar-a-Lago residence is certainly the highest profile, next to the January 6 House hearings that will resume at an undetermined date.

One legal expert has weighed in on what he thinks the future will look like for Trump, and it includes multiple felony convictions.

Using his understanding of the law and how the investigations are progressing, Conway recently told Salon that he does not believe Trump will try to plea out and could face multiple felony convictions, explaining; "I don't believe that Trump is going to plea bargain. I think he could go to prison, but it is more likely that he will serve home confinement. In all likelihood, he will be convicted of multiple felonies. I don't know if there's ever going to be a perp walk, but I don't think it's a fantasy either. There's a good chance that Trump will end up with a felony conviction. I know he has cut deals in civil cases, but that's just writing checks. To reiterate, I do not believe that Trump will plead out. This all goes so much to the core of Trump's identity that he will try to tear the country apart before he settles one of these criminal cases."

Conway goes on to add that he believes Trump will incite violence if the legal jaws slam shut for him, and that thought keeps him up at night – as it does so many across the country who wonder about what might be.

To read the full interview with Salon, click here.

This prediction comes against a grim backdrop that the FPOTUS himself is painting on Truth Social.

Trump was blasted by this week by a former aide to Senate Minority Leader Mitch McConnell, after what he calls a "deranged" post that painted an assassination sign on McConnell.

Trump has been amping up his rhetoric on Truth Social over the past few weeks, re-truth'ing QAnon conspiracy theories and talking points, taking direct verbal stabs at opponents, and increasing the violent rhetoric against his enemies.

Two days ago, Trump wrote on Truth, "Is McConnell approving all of these Trillions of Dollars worth of Democrat sponsored Bills, without even the slightest bit of negotiation, because he hates Donald J. Trump, and he knows I am strongly opposed to them, or is he doing it because he believes in the Fake and Highly Destructive Green New Deal, and is willing to take the Country down with him? In any event, either reason is unacceptable. He has a DEATH WISH. Must immediately seek help and advise from his China loving wife, Coco Chow!"

McConnell's former aide Scott Jennings called it "deranged." Jennings explained to CNN, "It's hard to know where to start: with the assassination instructions or the blatant racism. … If you were on the street, and you heard someone muttering that on the street corner, you wouldn't say 'let's hand this person the presidency … you'd say, 'call 911 because it sounds like an unhinged deranged person has gotten loose and is out on the street and may be a danger to themselves and others'.' This is outrageous, this is beyond the pale." Jennings continued that Trump's rhetoric is not good for the Republican party, and that those failing to call him out are driving the party in a bad direction. Jennings says, "it's not becoming of a former President and someone who wants to have that job again."

In the last 24 hours alone, Trump tweeted a congratulations to Brazilian presidential incumbent Jair Bolsonaro, long touted as Trump's political twin, in his tie during the country's presidential elections which will lead to a run-off in October.

Bolsonaro has worked openly to dismantle democratic norms in Brazil and incite violence, in an eerie parallel to the end of the Trump administration's term. Trump truth'd last night, "Congratulations to President of Brazil Jair Bolsonaro on greatly 'outperforming' inaccurate early Fake News Media polls & getting into a two person runoff, to take place October 30th, with a Radical Left challenger. Now that other Conservatives are out of the race, President Bolsonaro is in a very strong position to win BIG. More importantly, he will be victorious because the wonderful people of Brazil appreciate the great job he has done, and is doing. Tremendous Voter Surge over last 24 hours!"

Critics call his support of Bolsonaro unsurprising, but dangerous.