When you're the president, a lot of difficult decisions pass your desk. Which bills to sign versus veto, which diplomatic 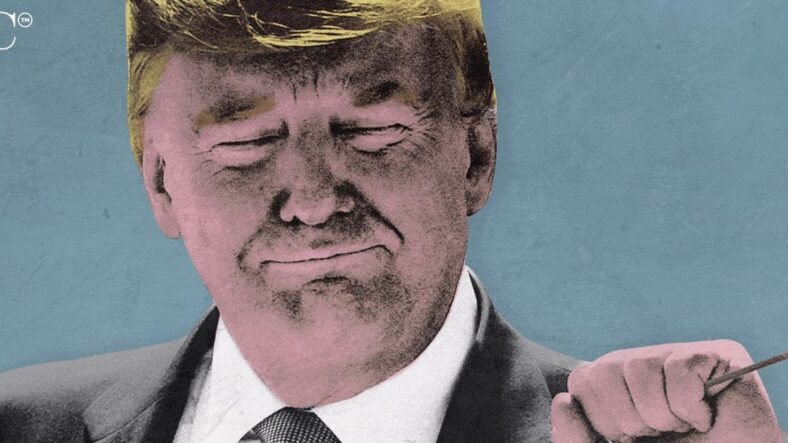 When you're the president, a lot of difficult decisions pass your desk. Which bills to sign versus veto, which diplomatic gestures to make and which leaders need a firm hand.

It's all complicated, and every decision leaves ripples and unintended consequences in its wake.

But there's one decision that should be straightforward: approving a kill order for a dangerous terrorist leader whose cell has been causing death and mass destruction across the world for decades.

In this case, beheading the snake seems like the only logical solution – unless you're Donald Trump, apparently.

Who’s That Guy? I’d Rather Have a Bin Laden

A post shared by The Sydney Morning Herald (@sydneymorningherald)

This week, notorious Al-Qaeda leader Ayman al-Zawahiri was killed in Kabul, Afghanistan. President Joe Biden gave the kill order and a team carried it out Monday, the president announced late yesterday. The leader's death is a huge blow to the terrorist group, the biggest since the death of its founder Osama Bin Laden in 2011.

But the terrorist leader was in the sights of an American special forces a whole two years prior, and could have been taken out in 2020.

Then-President Donald Trump did not approve the kill order, though.

But it wasn't mercy that stayed his hand or strategy – he simply didn't recognize the man's name.

But two people familiar with the briefings told NBC News that Trump chose not to pursue al-Zawahiri because he didn't recognize his name, and instead suggested targeting bin Laden's son, Hamza bin Laden.

'He would say, 'I've never heard of any of these people. What about Hamza bin Laden?'' one unnamed former official told NBC News.

A Pentagon official also told the news outlet: 'That was the only name he knew.'"

Trump's obsession with getting a "celebrity" kill cost the team their chance at tracking down al-Zawahiri, which resulted in two more years of his effective leadership reigning literal terror across the Middle East.

Is Professionality a Problem in Presidents?

It all begs the question – how much is a president expected to know?

When Donald Trump became president, he promised to gather a team around him of all the smartest people in their fields, and to rely on their advice.

The reality of course was far different – Trump listened to who he wanted to and ignored professionals and experts across a wide variety of disciplines seemingly at random.

But does a president need to be knowledgeable across the board, or is it reasonable for them to rely on outside expertise for things like foreign policy, diplomacy, domestic policies, and other topics in their demesne?

The incident with Trump and al-Zawahiri highlights the danger of a president who isn't aware of the undercurrents of the world and who's operating blindly.

While no person can know everything, they should at least know enough to be effective – and not to be duped by people trying to manipulate them.

Whether or not Trump was able to achieve that delicate balance with his expert cohorts is a judgment left to history; but there's one glaring mark against him on his record and Biden just chalked it up as a win on his.