‘This is Bad for Trump’: New DOJ Subpoenas Suggest Probe is Aimed Directly at Donald Trump

The January 6 hearings are on hiatus, which means Donald Trump's team was probably breathing a deep sigh of relief. 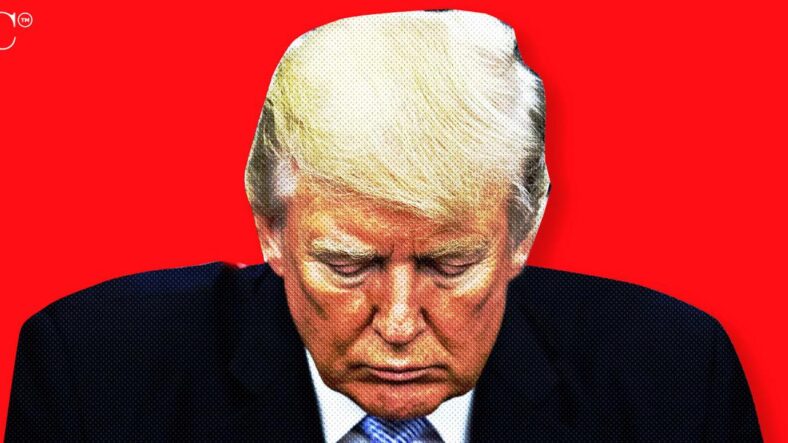 The January 6 hearings are on hiatus, which means Donald Trump's team was probably breathing a deep sigh of relief.

That is, until the latest round of subpoenas released by the Department of Justice. By who they're focusing on getting information from, it's becoming increasingly clear that their probe is likely aimed squarely at Trump – and it's a harrowing time for the former President who just wants to focus on his 2024 run.

Newest Subpoenas Zero in on Trump

"This is probably bad," Representative Adam Kinzinger explained on CNN this week, "for former President Trump."

A federal grand jury has issued subpoenas for former White House Counsel Pat Cipollone and former deputy counsel Patrick Philbin, both of whom served under Trump.

Both are considered key insiders and close to the President's inner circle, and their subpoenas are a sign that the Department of Justice is focused on Trump's actions.

CNN reports, "These developments, which are the clearest indication yet that Trump is in the investigation’s sights, suggest the effort to find the truth will survive even if Republicans win the House this fall and shut down the select committee. Unlike the House investigation, the Justice Department would be able to bring criminal charges against former Trump administration officials if it chooses.

It follows that the department is seeking to litigate executive privilege claims that Trump is likely to make in an effort to thwart the investigation. This also suggests that the department, after months of complaints from House select committee members and others that it was not acting quickly enough, is moving with alacrity."

Cipollone testified before the House's January 6 panel, and provided key information about what Trump was doing on the day of the Capitol riots and in the months preceding the violent event.

However, he waived a lot of information on the basis of executive privilege. Now though, the grand jury can peel back that privilege and get to the heart of the information they're seeking.

While all of this is happening in Washington, another investigation may soon be compelling testimony from Trump himself in New York.

In the coming days, Trump is expected to testify under oath.

The Attorney General of New York Letitia James has been methodically unfolding an investigation into Trump's business dealings as the head of the Trump Organization. The probe is intended to discover if the organization, "misled banks and tax authorities about the value of prized assets like golf courses and skyscrapers."

According to James, the Trump Organization willfully misled potential lenders and investors as to the value of its holdings to impress them, or arbitrarily misstated what their land was worth to slash tax burden. Financial documents seem to support this assertion, showing how the Trump Organization used misrepresentation to secure favorable loans and secure Trump's standing among the world's richest.

Associated Press writes, "The company even exaggerated the size of Trump’s Manhattan penthouse, saying it was nearly three times its actual size — a difference in value of about $200 million, James’ office said.

Trump has denied the allegations, explaining that seeking the best valuations is a common practice in the real estate industry. He says James’ investigation is part of a politically motivated 'witch hunt' and that her office is 'doing everything within their corrupt discretion to interfere with my business relationships, and with the political process.'

'THERE IS NO CASE!' Trump said in a February statement, after Manhattan Judge Arthur Engoron ruled that James’ office had “the clear right” to question Trump and other principals in his company."

Trump will provide a deposition – sworn testimony given outside of court – and his testimony will join that of two of his children, Donald Trump Jr and Ivanka Trump, in the investigation's course.

Like so many things with Trump in recent months, taken alone the deposition would just be one more unfortunate incident. But given the bad luck that keeps piling on his shoulders as he desperately tries to shift focus to 2024 – it's another nail in his reputation's coffin.