Trump Wants to Ditch Ballots So He Can Stay in Power

On Wednesday, President Donald J Trump said something at a press conference that made people on both sides of the 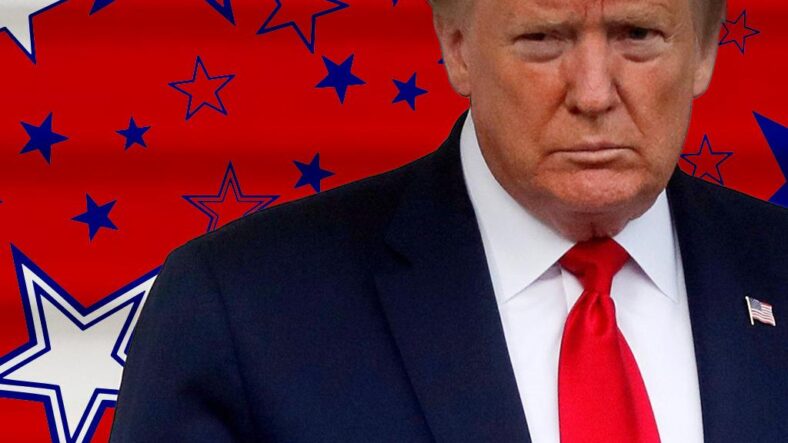 On Wednesday, President Donald J Trump said something at a press conference that made people on both sides of the political aisle pause. Trump was answering questions about whether or not he would agree to a peaceful transfer of power. The president declined, as he has done in the past, but this time added that if we just got rid of ballots, the continuation of power would be assured. American society relies on the free election of public officials and comments like this from the president have alarm bells ringing all over Washington.

What Did Trump Say About the Election?

An article published in The Atlantic yesterday raised concerns that the Trump administration had no plans to allow a free and fair election. During a press conference late Wednesday, a reporter asked the president, “Win, lose, or draw in this election. Will you commit here today for a peaceful transfer of power after the election? There has been rioting in Louisville, there’s been rioting in many cities across this country. Your so-called red and blue states. Will you commit to making sure that there is a peaceful transferal of power after the election?”

The president responded, “we’re gonna have to see what happens, you know that. I’ve been complaining very strongly about the ballots, and the ballots are a disaster.”

Trump Still Refuses to Agree to a Peaceful Transfer

The reporter presses for an answer; “People are rioting. Do you commit to ensuring there’s a peaceful transfer of power?”

The president has been signaling for months that he wouldn’t commit to a peaceful transfer of power if he loses the election. However, this is the first time he has openly linked the possibility of discarding ballots to achieve victory.

What Did the Atlantic Article Say?

Barton Gellman of The Atlantic published a bombshell story yesterday. He had intended to publish it closer to the election, but pushed up the publishing because he felt it was so important for Americans to read in time to digest before Election Day. The article, titled, “The Election That Could Break America,” paints a frightening picture of what the Trump administration has been planning as the election approaches, and what could happen if they get their way. 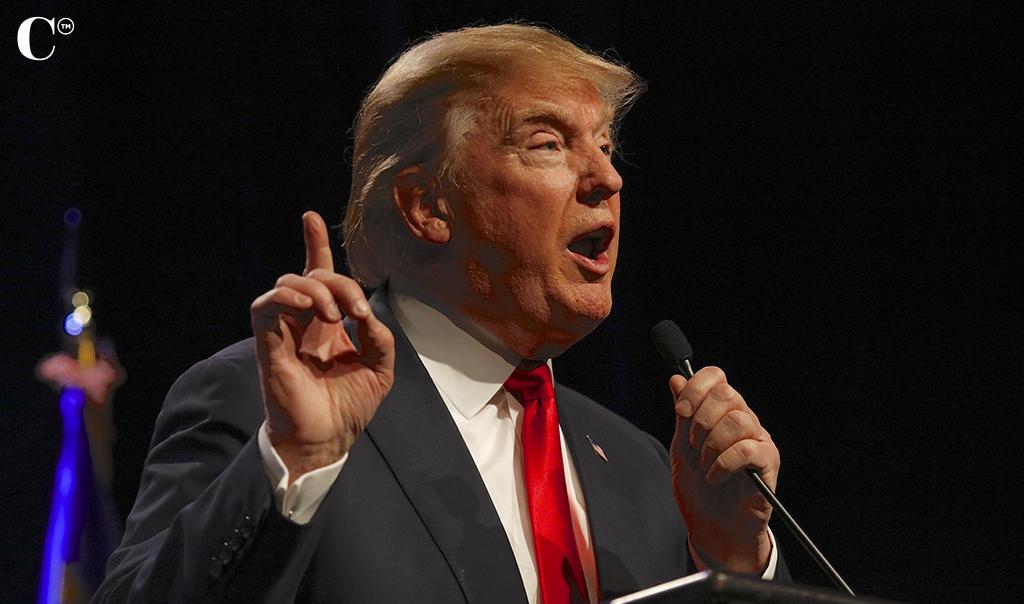 The Atlantic piece makes several accusations backed by past examples of the president’s behavior that point to the likelihood that they will come to pass. Gellman warns that the greatest possibility isn’t that we don’t have a clear winner, it’s that Trump and his administration will use their power and position to delegitimize any opposition to the president’s continued power. It explores the possibility that Trump might clearly lose, but is unlikely to concede. It also explores the fact that Trump has been consistently undermining the validity of mail-in voting, despite proof showing that it’s safe. The article claims that even if Trump loses, he will find a way to throw the results and therefore the future into uncertainty and chaos.

Gellman writes, “Let us not hedge about one thing. Donald Trump may win or lose, but he will never concede. Not under any circumstance. Not during the Interregnum and not afterward. If compelled in the end to vacate his office, Trump will insist from exile, as long as he draws breath, that the contest was rigged.”

The Administration is Looking for Loopholes in the Law

According to Gellman, the Trump administration also plans to seize on the opportunity of racial tensions in the US to suppress voter turn-out. Trump himself suggested as much on a Fox interview. Gellman explains, “This year, with a judge no longer watching, the Republicans are recruiting 50,000 volunteers in 15 contested states to monitor polling places and challenge voters they deem suspicious-looking. Trump called in to Fox News on August 20 to tell Sean Hannity, ‘We’re going to have sheriffs and we’re going to have law enforcement and we’re going to have, hopefully, U.S. attorneys’ to keep close watch on the polls.”

The president has also expended energy delegitimizing mail-in voting ahead of the election, tweeting an average of 4 times a day about the topic in recent weeks. Trump’s appointment to the US Postal Service, Louis DeJoy, has also been systematically hobbling the mail system by removing mail boxes and stripping funding from services that would have otherwise ensured fast and reliable mail-in voting. 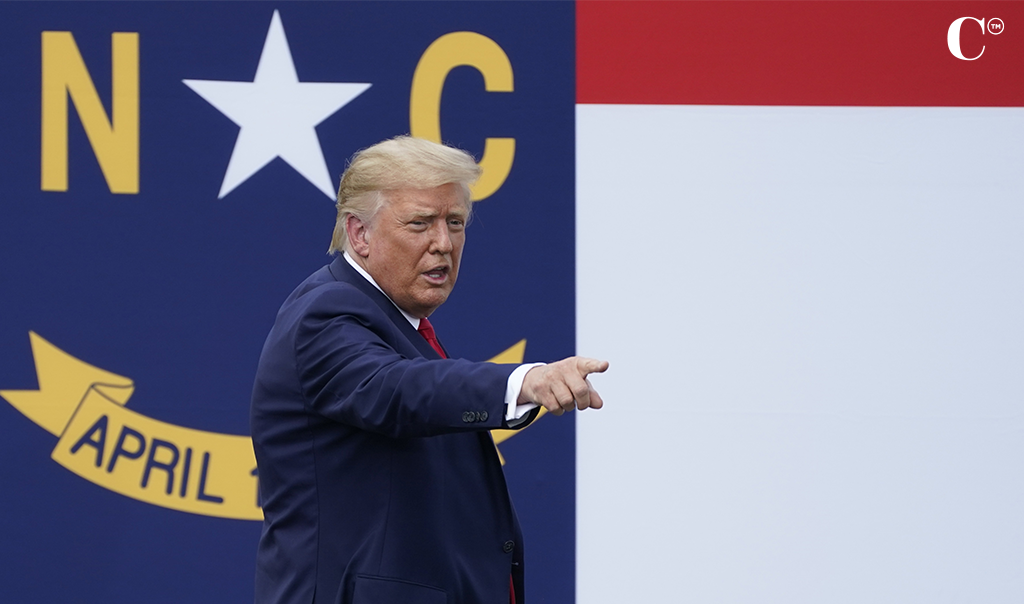 The article spells a doom and gloom scenario where the president refuses to concede and chaos reigns, with no clear path to resolving the situation. Voters are asked to vote in person and keep pressure on their legislators to be transparent and respect the rule of law.

Trump Makes Other Plans for the Election

The death of Supreme Court Justice Ruth Bader Ginsburghas raised an opportunity for the president, one he plans to seize. NBC reports, “Before those remarks, he argued he needed to fill Ruth Bader Ginsburg’s Supreme Court seat because he believes the election outcome could be decided by the nation’s highest court. ‘I think this will end up in the Supreme Court. And I think it’s very important that we have nine justices.’”

Meghan and husband Prince Harry, the Duchess and Duke of Sussex, had something to say to American voters: get out and vote. Meghan and Harry call the 2020 election, “the most important election of our lifetime,” and added, “It’s time to not only reflect, but act. As we approach this November, it’s vital that we reject hate speech, misinformation, and online negativity.”

Trump wasn’t feeling their PSA, and said he was, “not a fan,” of the royal couple. When he was asked about the ad, the president responded, “I’m not a fan of hers. And I would say this – and she probably has heard that – but I wish a lot of luck to Harry, because he’s going to need it.” 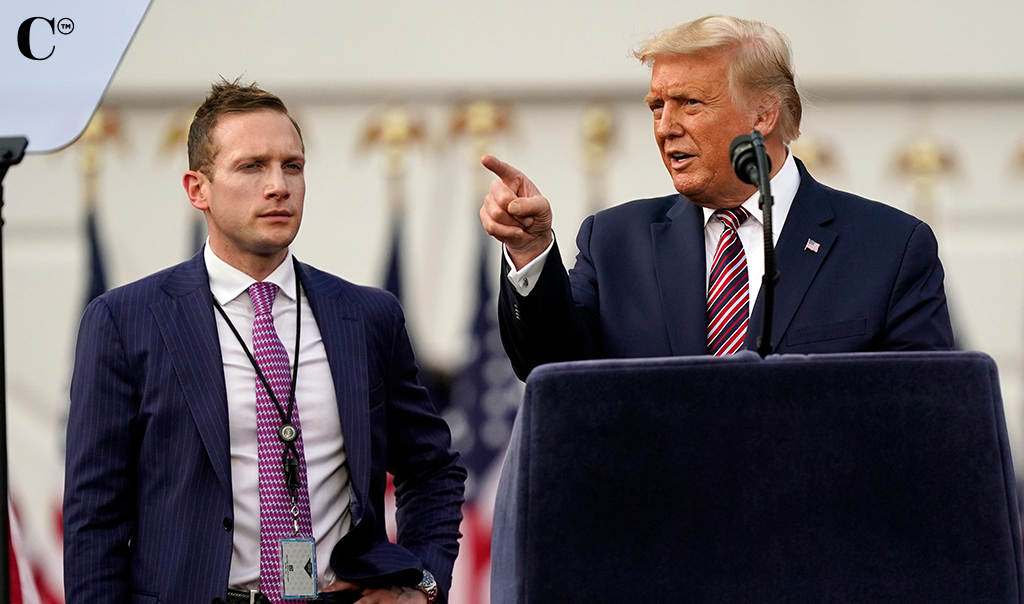 Harry and Meghan, despite Trump’s ill-will towards them, have been flourishing since stepping down from royal life. They’re even making plans for baby number two sometime soon.

What Should American Voters Take Away From Trump’s Comments?

In a word: alarm. Although the rhetoric itself is nothing new for the president, the precision with which he referred to the concept of, “getting rid,” of ballots should alarm all Americans, regardless of political persuasion.

We might all disagree on the who and how of power in America, one thing must be fundamental to our great experiment; the ability for a free and fair election to determine the path forward. The will of the people is the base of our democratic republic, and without it we have only a shell of the American Dream left.

If we can’t rally as voters and demand that the process be free, transparent, fair, and legitimate regardless of who wins, we sacrifice everything our ancestors worked for. We would be betraying the spirit of this country and walking away from any hope that we could consider ourselves a free and fair democracy. While those whose party are in power now might feel that things don’t look so bleak, any time power is seized it opens the door for power to be seized by other parties. Once we sacrifice democracy, we are at the mercy of the person with the biggest guns.