Former President Donald Trump is one of the most connected septuagenarians in the world. As Gen Z might say, he's 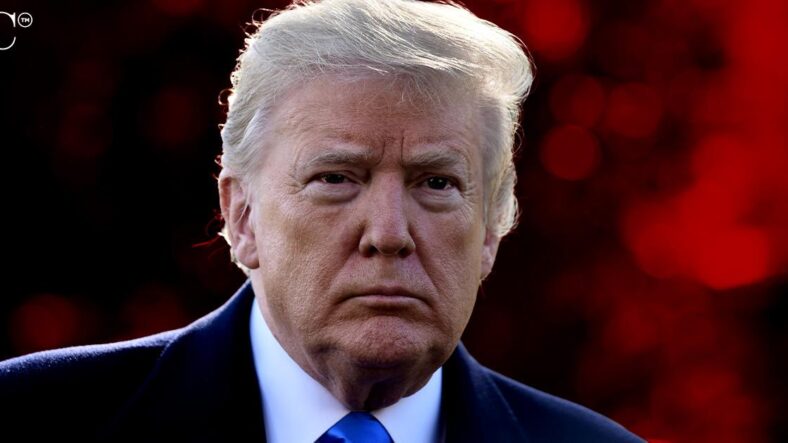 Former President Donald Trump is one of the most connected septuagenarians in the world.

As Gen Z might say, he's "chronically online" and is clearly tuned in to the way people today communicate through social media.

But in recent online Truth Social posting frenzies, the former POTUS has begun displaying a worrying habit of repeating himself and re-posting things he seemingly doesn't realize he's posted before – leading many to question whether it's intentional or he's confused.

See: 'Nothing Can Stop What is Coming': Donald Trump's Truth Social Rampage Promises 'Ammo' and 'Punishment' for Traitors

Right off the bat, it's worth mentioning that it's not uncommon for businesses and individuals to signal boost posts of theirs that have done well in the past. So if that's all Trump is doing, it would make sense.

But in recent weeks, he's taken to re-truth-ing the same posts, often with an additional comment, and sometimes with exactly the same comment as the original post.

Taken individually, none of the posts would throw off red flags. But when examining his Truth Social feed, it becomes clear that he may not be aware that he's repeating himself. 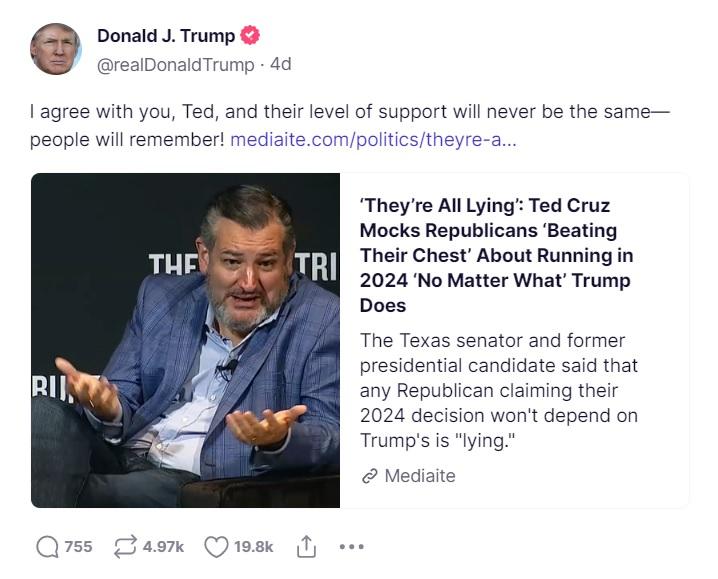 Take for instance an article quoting Senator Ted Cruz. Trump first shared the Mediaite article, with a title reading, "‘They’re All Lying’: Ted Cruz Mocks Republicans ‘Beating Their Chest’ About Running in 2024 ‘No Matter What’ Trump Does," four days ago with the caption, "I agree with you, Ted, and their level of support will never be the same—people will remember!"

But did the former POTUS remember? Because he re-truth'd the same article yesterday, with the caption, "Thank you, Ted. 100% correct!" 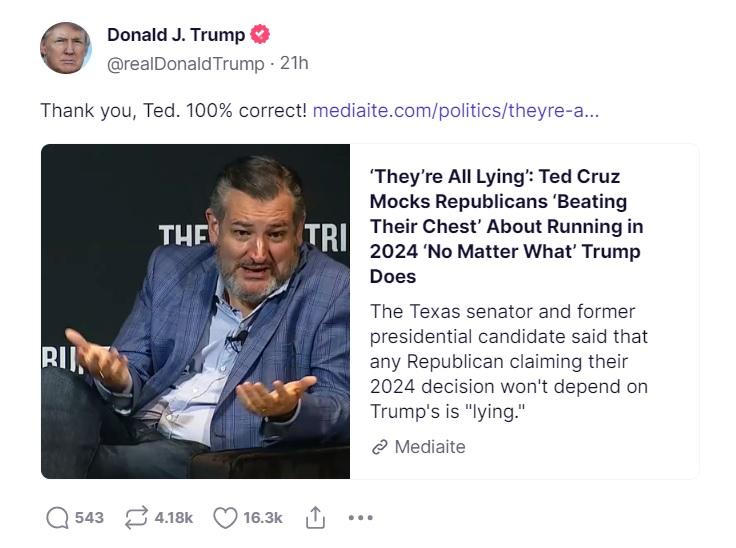 By itself there's nothing too alarming about a bad memory, but Trump is close to 80 at 76 years old, and current President Joe Biden may be showing the world the limitations of an older leader after an embarrassing public gaffe this week.

Biden Also Appears Confused This Week – Is It Time for Youth in the White House?

CLIPS: Following President Biden’s remarks this morning, @PressSec is asked why he was looking for the late Rep. Jackie Walorski.

Jean-Pierre: “The president was naming the congressional champions on this issue and was acknowledging her incredible work…she was on his mind.” pic.twitter.com/cIcSdehrmj

Biden himself is 79 years old, and due to a speech impediment has long been mocked for his mental faculties, most of it unwarranted.

But that doesn't mean that age isn't taking a toll. This week Biden called for Rep. Jackie Walorski while on stage thanking bipartisan Congresspeople during a speech on ending Hunger.

Biden appeared sluggish and scanned the crowd for a moment, saying “I want to thank all of you here, including bipartisan elected officials like Representative [Jim] McGovern, Senator [Mike] Braun, Senator [Cory] Booker, Representative Jackie — are you here? Where’s Jackie? — I think she was going to be here.”

But of course Walorski was not going to be there – she died in August.

Both Trump's repetitive and explosive behavior and Biden's mumbling confusion on occasion seem to suggest that Americans could face another election year between two men well past retirement age in the United States who could be facing age-related mental decline.

It's a conversation the country as a whole has shied away from, to avoid implicating all elderly people as in mental decline (which is clearly not the case, many people retain full mental faculties well into advanced age) and because many leaders in Congress are even older than both Trump and Biden, so it behooves them not to start the conversation.

But that doesn't mean it's not happening in homes across the US as people weigh their 2024 candidates. Is it time for young blood? Voters will have to decide how vital mental acuity is for their leaders – something that has not seemed to weigh into their choices in the past as they continue to vote into office senators and representatives in their late 80's.