Fox Has ‘Gone to the Dark Side’: Donald Trump Lashes Out as His Biggest Fans Move On

Last week was weird in politics land. For those watching the January 6 hearings, it was a week of revelations 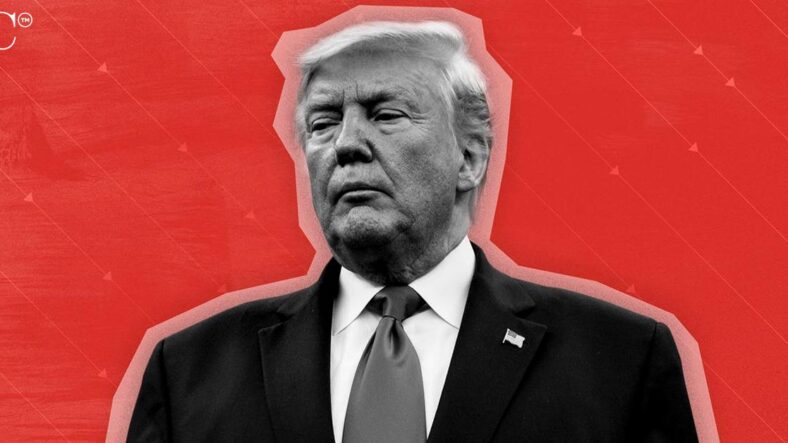 Last week was weird in politics land. For those watching the January 6 hearings, it was a week of revelations – and a deep breath before the plunge into a long wait for the committee to reconvene.

Marco Rubio and Pete Buttigieg took pot-shots at one another, and the world came together to meme Josh Hawley.

But in the world of Donald Trump, a painful break-up was in the offing.

Fox News aired a nearly 3-minute video of Trump supporters explaining why they hoped he didn't run for president in 2024 – and why Florida Governor Ron DeSantis was a better choice.

It could have just been taken as a one-off argument between allies, but Fox and Friends have officially sent Trump all of his things and thanked him for the memories by sharing a poll showing Trump's command of the Republican party slipping.

Trump has lashed out on Truth Social in response.

Fox and Not Friends

On the Fox News show Fox and Friends, they explored current polls as they examined Trump's chances in 2024.

And Trump had a few thoughts about their assessment, writing on Truth, "@foxandfriends just really botched my poll numbers, no doubt on purpose. That show has been terrible – gone to the 'dark side.' They quickly quote the big Turning Point Poll victory of almost 60 points over the number two Republican, and then hammer me with outliers. Actually, almost all polls have me leading all Republicans & Biden BY A LOT. RINO Paul Ryan, one of the weakest and worst Speakers EVER, must be running the place. Anyway, thank you to Turning Point, the crowd & 'love' was AMAZING!"

It wasn't just Fox who garnered the former President's ire today, however.

While the context is unclear in the post alone, Trump's thoughts on Senate Minority Leader Mitch McConnell are not unclear, as he captioned the image, "See what I can do to people? This was an easy one!"

Trump's comment is likely in response to a video that aired during last week's January 6 hearing, recalling how McConnell took to the Senate floor in the wake of January 6 to verbally hold Donald Trump personally responsible for the riots.

Polls Still Show Trump Ahead – But Not For Long, According to Adam Kinzinger

Trump may be telling the truth that his numbers are better than potential rivals – including DeSantis – but experts believe that may change sooner than later.

As the January 6 hearings inch closer to the vital fall midterms, many supporters worry that Trump carries too much baggage to be electable – even if they still personally support him.

It's clear that Republican mega-donors may feel that way, even if voters are slow to agree, and they have begun to make overtures to rivals like DeSantis and others.

According to at least one Republican Representative, the era of Trump may be quietly coming to a close.

The Hill writes, "'This doesn’t appear to be having, you know, a ton of impact. Maybe people are shifting more towards a potential for, I don’t know, a Ron DeSantis. Trumpism isn’t dying, even though Trump is becoming irrelevant,' Kinzinger stated. 'I am hearing a lot of anecdotal stuff, around the edges, of people who’ve been hard core with Trump who now just can’t stand him.'

'I think, though, long term, Jonathan, in like five years, I still believe it’s going to be hard to find someone that will ever admit they were ever a Trump supporter and I think this is where this impact comes, in future history.'”

But of course this is all speculation, because regardless of what may be on the horizon, Trump is right – his poll numbers still look solid.

And Democrat strategists warn the former President's detractors away from celebrating too much if Trump's star wanes and DeSantis' star climbs; the two are similar in ideology, but of the two DeSantis is more thorough and methodical.

As the 2024 election slides closer week by week, Trump is battling haters from all directions – including now his former friends at Fox.