Donald Trump Tries to Intimidate Republicans into Endorsing Him, But It’s Not Working

Donald Trump has made it official: he’s running for President (again) in 2024. The former President denied the election results 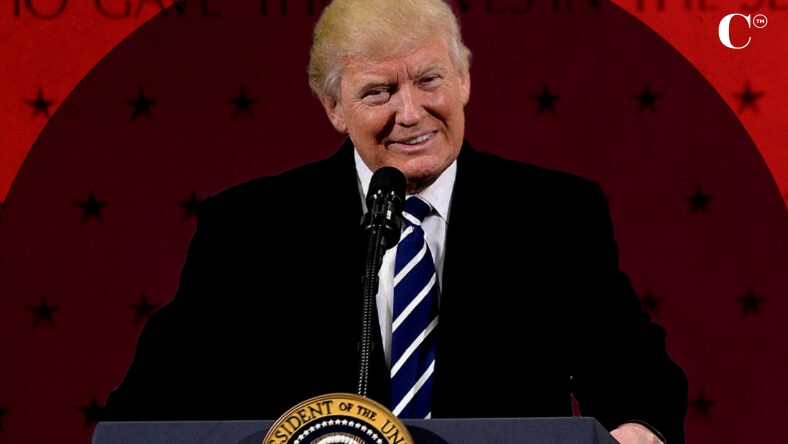 Donald Trump has made it official: he’s running for President (again) in 2024. The former President denied the election results in 2020 and incited a riot at the Capitol to try to overturn the election, and is now facing multiple criminal investigations over his involvement.

Twice-impeached, one-win, one-loss former Trump announced his intent to run on Tuesday in Mar-a-Lago, to a small crowd of invitees.

Now, he’s looking to square away Republican endorsements. In some cases, he even seems to be trying to strong-arm them.

But Republicans aren’t biting, and megadonors have said they won’t support him.

See: DONALD TRUMP LIKELY TO ANNOUNCE CANDIDACY FOR PRESIDENT TONIGHT – DOES ANYONE CARE?

BREAKING: Donald Trump, who tried to overthrow the results of the 2020 presidential election and inspired a deadly riot at the Capitol in a desperate attempt to keep himself in power, has filed to run for president again in 2024. https://t.co/iqIcaN3SZA

As we predicted a few days ago, Trump made the announcement for President on Tuesday – and no one really seemed to care.

Trump’s die-hard supporters were excited and looking ahead to a potential 2024 victory, but he has 2 years of chaos to navigate first. Those 2 years also include multiple possible criminal indictments, civil lawsuits and investigations.

But Trump’s next step will be securing endorsements, which seem to be hard for the former POTUS to come by.

Ahead of the midterms, Trump was treated as the vote-rallying superstar of the GOP.

In 2016 and 2018, tying your cart to the MAGA horse could get you voter enthusiasm and a win at the polls, or so it seemed. So when 2022 rolled around, a number of extremist candidates jumped feet-first into the race hoping that a Trump endorsement would sail them to victory. Instead, it sunk their ships fast.

And Republicans immediately pointed fingers at the controversy-laden and exhausting FPOTUS for taking down their chances at control over both chambers of Congress. While the Republicans did squeak out a slim majority in the House, they were unable to retake the Senate and the promised red wave fizzled to nothing.

Now, Trump is pushing Republicans to endorse him, and it’s not quite turning out the way he hoped.

Vanity Fair reports, “In the wake of the midterm elections, Donald Trump has become radioactive within the Republican Party. Oh, sure, there are people who always support him and always will, but, lately, a lot of GOP lawmakers, party mega-donors, and Rupert Murdoch-owned publications have made it clear he should get lost, and that they don’t want to be associated with him. Even previously reliable hangers-on are suddenly all, ‘Sorry, I’m washing my hair that night.’ Even his own daughter, the one he actually likes, is all, ‘Ooo, I’d love to, but I’m all booked.’ And in that context, it makes it extra hilarious that the ex-president, now running for office for a third time, is apparently not only telling Republicans that they better endorse him ASAP but that they’re going to rue the day they crossed him when he wins, which he believes he’s going to.

Rolling Stone reports that in the run-up to last week’s election, Trump ‘made a series of phone calls to GOP lawmakers and other elected officials, demanding that they endorse him before he announced he’s running—or at least right after, according to two sources with knowledge of the conversations.’ He added that he was keeping track of who endorsed him early, and that ‘those who waited too long’ were ‘not gonna like’ the fate that would befall them when he wins. He apparently also said that he was tracking who dumped him for Florida governor Ron DeSantis or other possible 2024 primary opponents, according to sources familiar with the matter. ‘He said it was ‘not a tough call’ to make and that there was one right move: endorsing him ASAP,’ one of the sources told the outlet.”

A number of Republicans have either told him that they won’t get behind him, or are simply ignoring his announcement.

Ivanka Trump, for instance, didn’t even attend her father’s big announcement. Neither did her husband Jared Kushner. Even during the announcement, people were bored. Video has surfaced of a large portion of Trump’s crowd attempting to leave his speech early and being stopped by security.

A crowd has formed by the exit of the ballroom as some try to leave Trump’s announcement speech before he has finished…. But security won’t let them. pic.twitter.com/O7C6QJfYgK

While Trump may have had the chops to push people into line ahead of 2020, he’s much less intimidating now that many of his illegal secrets are laid bare and the country is weary of his non-stop chaos.

And then there’s the midterms.

In order to understand why Trump is suddenly persona non grata when all the controversies that came before couldn’t turn supporters away, you have to look at the numbers from the midterms.

The Washington Post summed up the way the Trump Effect came down on Republican candidates: “We can put a number on it by seeing how Trump-supported candidates did relative to those Republicans he did not endorse. If we look at all 401 contests in which a single Democrat faced a single Republican, there is not much difference. Relative to baseline expectations derived from their districts’ recent voting patterns (as calculated by the Cook Partisan Voting Index), 144 Trump-endorsed candidates exceeded their baselines by an average of 1.52 points. In 257 races where Trump did not endorse a general-election candidate, Republicans exceeded their baseline by 1.46 points.

But that similarity is driven mainly by Trump’s endorsements of many Republicans cruising to easy reelection in uncompetitive districts. If we focus exclusively on districts where the margin of victory was less than 15 points, such that the seat was conceivably in the balance, the picture that emerges is quite different.”

While the data showed that in districts where Trump’s candidates won, support runs strong, it paints a worrying picture for Republicans ahead of 2024.

Trump still currently holds the favorite position to win the GOP candidacy for the Presidential race. And enough Republicans may either vote enthusiastically or hold their nose (again) and vote for him to bring him to victory.

But going off what he did to candidates in swing districts (or even districts that shouldn’t have been swing but turned Blue), Trump’s brand is now a liability and Republican strategists will be having to work overtime to figure out how to detach the party from his chaos and make a new message that resonates with voters beyond their die-hard base.

Because 2024 won’t be about shoring up extremists who will vote Trump no matter what – it will be about bringing in new and hesitant voters, voters who did not like the MAGA brand in 2022.