Donald Trump Turned Ivana Trump’s Body into a Tax Break via his Golf Course – is That Even Legal?

Over the years, Donald Trump has made some controversial choices. Including recent revelations that in 2017, Trump's hotel raked in 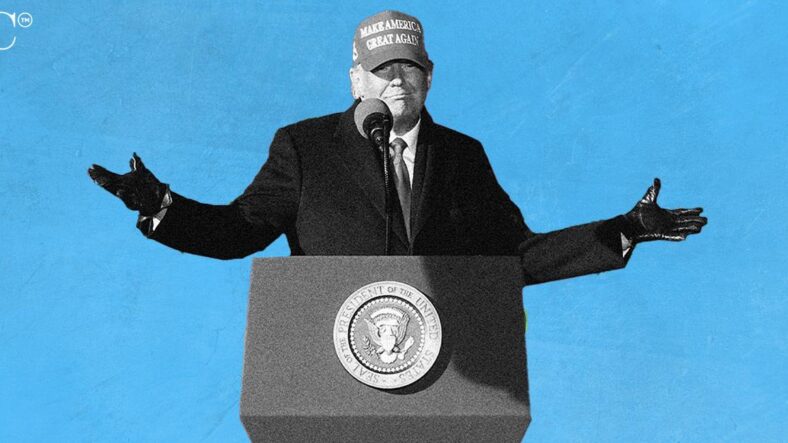 Over the years, Donald Trump has made some controversial choices.

Including recent revelations that in 2017, Trump's hotel raked in hundreds of thousands of dollars in profits as he ostensibly visited victims of the horrifying Las Vegas Strip mass shooting.

But his newest controversial move has even his most ardent supporters feeling a little uncomfortable, because it involves the body of his ex-wife, Ivana Trump.

Trump owns many golf courses around the world. But one golf course in particular – in New Jersey – is now serving double duty as a cemetery.

Trump had his ex-wife Ivana buried on the course's property, and experts suggest that it was for a tax break – a low blow even for a man whose business acumen is often described as "shark-like."

The Philidelphia Inquirer writes, "Ivana, Trump’s first wife, died July 14 after suffering blunt-impact injuries during a fall at her home in New York City, ABC reports. A medical examiner ruled her death an accident. She was 73.

She has since been buried in a plot of land at Trump National Golf Club, a sprawling course in Bedminster, N.J., that opened in 2004. Now, due to the intricacies of New Jersey’s tax laws and how they apply to 'cemetery companies,' some say the course could be getting a tax break."

Ivana's grave is placed out of sight of golfers who are teeing off, but "not too far from the main clubhouse."

Critics have pointed out that the choice of Ivana's final resting place is a cold-hearted money grab as the property may now qualify for tax breaks. In New Jersey, cemetery companies (any entity that “owns, operates, controls, or manages land or places” and is used for the burial of human remains) are exempt from many types of taxation. Taxes effected would include income and sales tax.

Whether or not the grave's placement will give Trump a windfall remains to be seen; after all, the area subject to the cemetery terms only comprises about 1.5 acres of the 500-acre property. However, her resting placement close to the clubhouse may work Trump's favor.

It's likely that the move was legal, but whether or not it was ethical is probably the more pressing question.

An Unsteady Hand at the Helm

It's a bit of a classless move, but is it a sign of a greater instability in the Trump camp?

Trump grabbing at tax breaks is nothing new, but this is raising eyebrows for just how transactional his last gesture towards his ex-wife was.

And it may signal financial troubles for the business mogul and former President.

Trump already knows that the RNC will stop paying his legal bills – which are racking up impressively between the January 6 hearings and investigations into alleged election interference – if he should announce his candidacy for 2024.

But beyond that, Trump is struggling to even get coverage on the television. Fox News has turned its back on their former darling, and other networks are giving Trump coverage the cold shoulder.

On his own social media platform, Truth Social, Trump is yelling into the void and hoping to hear his favorite media foils yell back – but it's been crickets. Trump wrote on Truth Wednesday morning, "Endorsements don’t get any more powerful or conclusive than the Endorsements of last night. I wonder if anyone will write or report that? Just asking?"

There was a time when Trump couldn't stop the constant media coverage, so the silence must seem thunderous. It's all a sign of trouble on the horizon for the former President as he eyes an announcement for his 2024 run.