The wife of Supreme Court Justice Clarence Thomas, Ginni Thomas, has just arrived before the January 6 committee to give 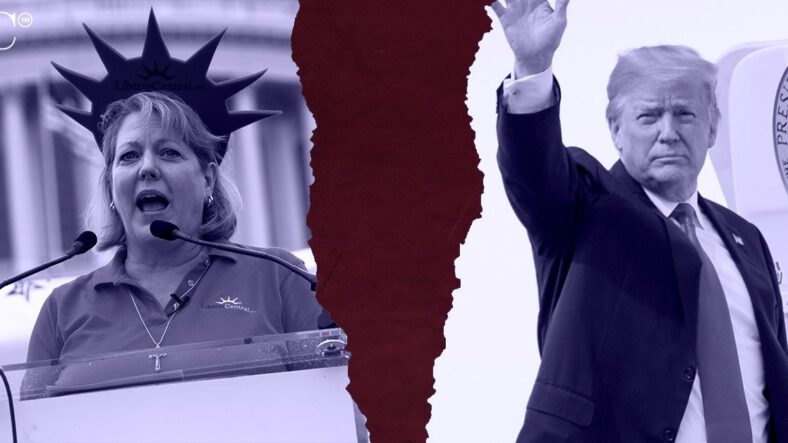 The wife of Supreme Court Justice Clarence Thomas, Ginni Thomas, has just arrived before the January 6 committee to give an interview.

Her testimony has been long sought by panel members as they try to piece together who knew what, when they knew it, and how involved Republican leadership was in orchestrating the riots on January 6, 2021.

What Thomas has to say could well blow the defense of former President Donald Trump out of the water – and it all depends on who and what cause Thomas is dedicated to protecting.

NEW: Ginni Thomas met with Jan 6 committee IN PERSON. She did not answer my questions pic.twitter.com/5z6pypr0S9

Today, Thomas arrived before the J6 committee to give her long sought-after interview.

House investigators believe Thomas was highly involved in an effort to overturn election results and prevent the certification of an election win by President Joe Biden.

House Committee Chairman Bennie Thompson sent a letter in June on behalf of the panel, asking her to speak with them. Initially, Thomas's lawyer Mark Paoletta was unenthusiastic about it – saying there's no basis to assume she was involved in any plot.

Bloomberg writes, "That request [by Thompson] had come after emails surfaced from John Eastman, a lawyer advising then-President Donald Trump, showed she was in contact with Eastman, and that her advocacy for the campaign to prevent Joe Biden from taking office was more extensive than previously known.

Paoletta, in a letter after the request was made, argued that the Eastman messages provided no basis to interview her. He also explained that Thomas’s text messaging with Trump’s last White House chief of staff, Mark Meadows, involved her simply expressing concerns about the 2020 results and didn’t warrant questioning."

Now, Paoletta says Thomas is, "eager to answer the committee’s questions to clear up any misconceptions about her work relating to the 2020 election."

What Could Ginni Thomas Reveal?

The stakes are extraordinarily high for not just Ginni Thomas, but also for Donald Trump and the entire conservative movement.

If Thomas is found to have been involved in a plot to overthrow duly-certified election results, the next person the investigation turns to could well be her husband, a known anti-liberal serving on the SCOTUS.

If Thomas himself were impeached over January 6 and an attempt to overturn the election (which seems unlikely at this point), it could undo decades of work of Conservatives building a majority in the SCOTUS.

And Thomas could also implicate Trump. If Republican leaders believe he's going down and they would rather hasten his fall than potentially sacrifice Thomas and her husband and the efforts they've put into the SCOTUS, they could encourage her to turn on Trump and blame the planning on him.

Of course, that all depends on Thomas admitting that there was planning or a plot to begin with – and that's not a bet most wise men would take at this point.