The January 6 panel hearings resume on Wednesday September 28, and things are looking dire for allies of former President 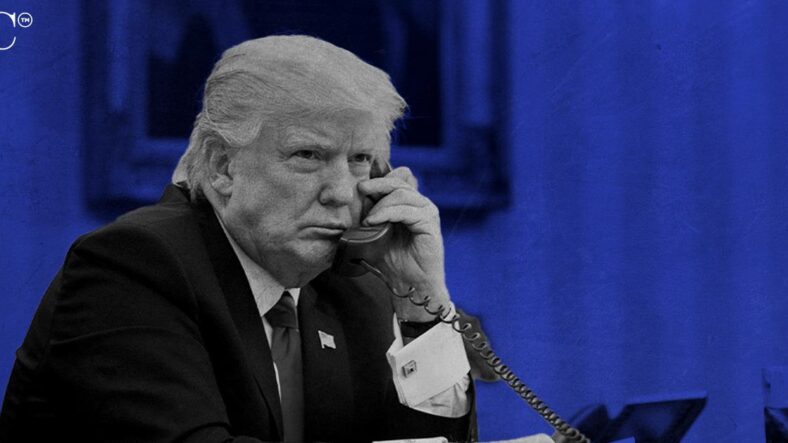 The January 6 panel hearings resume on Wednesday September 28, and things are looking dire for allies of former President Donald Trump and the man himself.

Texts subpoenaed from the cell phone of former Chief of Staff Mark Meadows have revealed a direct attempt by White House agents to overturn election results in 2020, marking a dark turn in the revelations uncovered by the J6 committee.

What Mark Meadows knew when has long been information sought by the January 6 panel, hoping to piece together a clearer picture of what the former President was up to behind closed doors as the infamous rioters stormed the Capitol.

And now, at least much of that is known after his text messages revealed a direct plot by those in the employ of the White House to seize voting machines and change election results in 2020.

CNN reports, "As allies of then-President Donald Trump made a final push to overturn the election in late-December 2020, one of the key operatives behind the effort briefed then-White House chief of staff Mark Meadows about his attempts to gain access to voting systems in key battleground states, starting with Arizona and Georgia, according to text messages obtained by CNN.

Phil Waldron, an early proponent of various election-related conspiracy theories, texted Meadows on December 23 that an Arizona judge had dismissed a lawsuit filed by friendly GOP lawmakers there. The suit demanded state election officials hand over voting machines and other election equipment, as part of the hunt for evidence to support Trump's baseless claims of voter fraud."

As he told Meadows about the dismissal, Waldron said that it would delay their efforts to access the voting machines, to which Meadows responded, "pathetic."

This marks the first time that J6 investigators have been able to draw a direct line between efforts to overturn results to the White House itself, and shows how informed Meadows was about the efforts.

Waldron called Arizona "our lead domino" and referred to efforts in other states, such as Georgia.

Just Because Mark Meadows was Involved in Efforts to Overturn the Election, does it Mean Donald Trump was too?

The million-dollar question of course is: even though we know Meadows was involved in efforts to overturn the election, does that implicate Trump?

The answer is complicated. We know that the efforts to change voting results started as a legal battle in the courts. First, they attempted to disqualify vast swaths of votes and called into questions the integrity of the voting machines themselves.

When those legal appeals failed, it would seem that the teams working to overturn the election results turned to more nefarious methods which are now the source of multiple criminal probes across the country.

Proving that Trump is involved would take one of two things: physical proof of the things he said and did on January 6 and in the days leading up to it, including voice recordings, phone records or videos; or it would require someone like Mark Meadows to spill the beans on what he knew when.

Until now, most of Trump's stalwarts have kept their lips zipped, so the likelihood of Meadows flipping (if there's anything to flip on) is slim to none – but not impossible.