Donald Trump vs Joe Biden Debate: How Both are Prepping for the Big Night

With the presidential debate mere hours away, the two contestants should be prepping like prize fighters. But what’s really going

With the presidential debate mere hours away, the two contestants should be prepping like prize fighters. But what’s really going on in the Joe Biden and Donald Trump camps as the debate looms? CELEB looks into what each candidate is doing to prepare, and that it means for their performance tonight.

Historically, Trump has eschewed the idea of preparing himself. The president doesn’t like mock debates, he’s known to not be particularly fond of reading or studying, and he’s confident about his abilities. So what does this mean for his camp as they try to prepare him for the biggest debate of his life?

For Trump, tonight’s debate is about gaining ground. The president can’t afford a fumble here, because he’s been consistently trailing Biden in nationwide polls for months. Tonight’s debate offers an opportunity for Trump to seize the narrative, restore voter confidence, and re-gain ground lost during his fumbling of the pandemic response in 2020. Any other candidate would have spent the past few weeks buried in preparation, reading binders full of information, and practicing with team members on how to handle attacks that Biden is likely to launch the president’s way.

So How is the President Prepping? 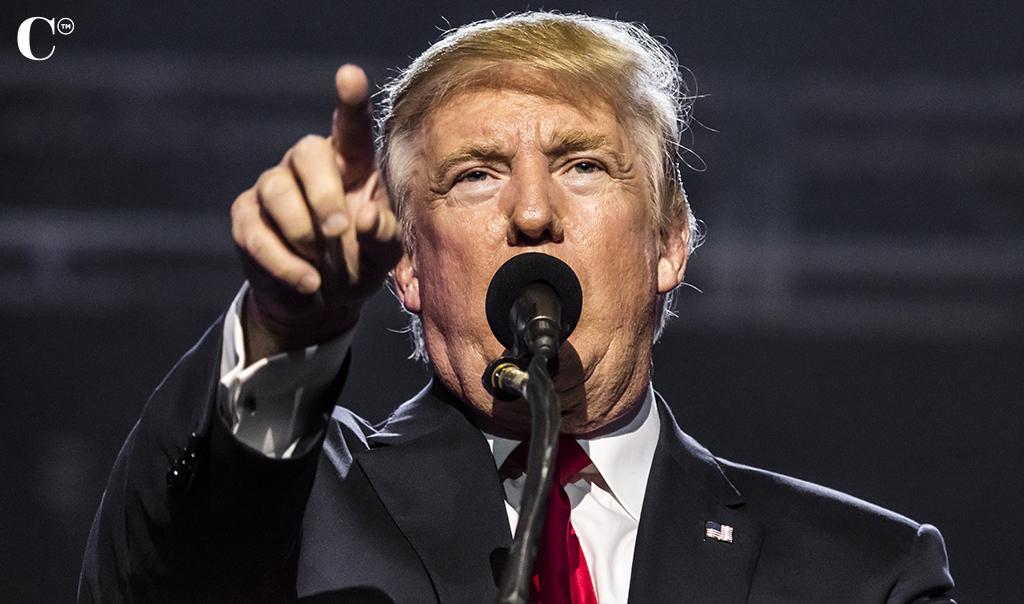 Trump, however, is not any other candidate. The president prefers to rely on his charm, charisma, and “Teflon Don,” persona to repel incoming assaults on his reputation. While the concerns raised are often valid, Trump has a way of making them seem inconsequential or dishonest. Trump did admit that he had engaged in some debate preparation, telling reporters, “we had a little debate prep before we came here,” with Rudy Giuliani and Chris Christie.

Telegraph reports that Trump said, “‘I sort of prepare every day, by just doing what I’m doing,’ the president told Fox News last week. But details have leaked out that suggest special discussions are being held.

The Los Angeles Times reported that Mr Trump recently watched both of Mr Biden’s vice presidential debates in 2008 and 2012, when he is deemed to have performed acceptably against Ms [Sarah] Palin and Paul Ryan.

The paper also cited officials saying Mr Trump has been bouncing around possible attack lines and talking points with aides in an informal setting. ‘The president is constantly prepping,’ said Mark Meadows, the White House chief of staff. ‘We’re not taking it for granted.’”

What is the Former Vice President Doing to Prepare? 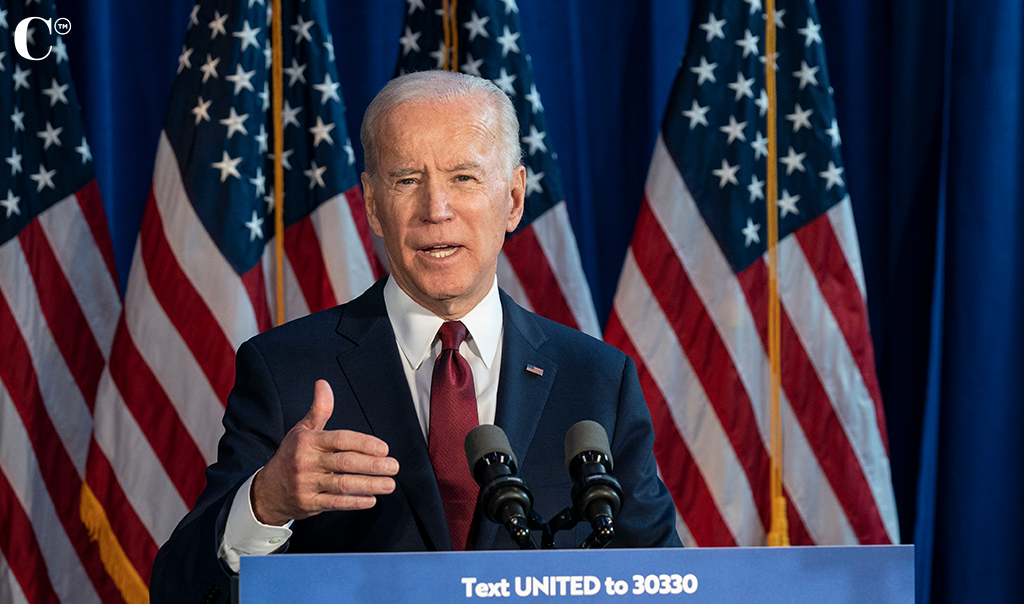 Trump has backed himself into a corner. The president has worked so hard to paint Biden as declining cognitively and suffering from dementia, all Biden has to do to exceed expectations is not drool incoherently on the stage. But Biden has been beset by public gaffes in prior debates; he suffers from a speech impediment and can be easily baited into anger and flustered. So what has Biden’s team been doing to insure that Biden presents a cool, calm, collected, and coherent demeanor?

The answer is, quite a lot. Trump’s off-the-cuff style and approach to debates is the polar opposite of how Biden intends to approach tonight’s showdown. US News reports Biden’s approach; “Biden’s campaign has been holding mock debate sessions featuring Bob Bauer, a senior Biden adviser and former White House general counsel, playing the role of Trump, according to a person with direct knowledge of the preparations who spoke on condition of anonymity to discuss internal strategy. Bauer has not actually donned a Trump costume in line with Trump stand-ins from previous years, but he is representing his style and expected strategy.

‘I’m sure the president will throw everything he can at (Biden). My guess is that they’re preparing for that — bombarding him with insults and weird digressions,’ said Jay Carney, a former aide to Biden and President Barack Obama.”

Biden’s Camp Has Done this Dance Before 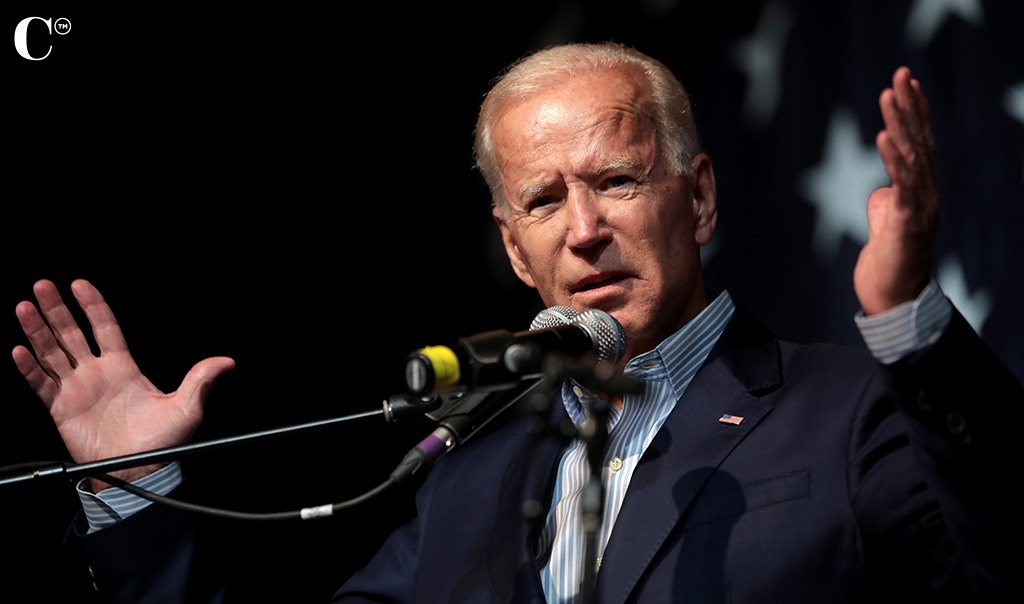 Biden is no stranger to debate prep, and his people are experienced with prepping for a Trump debate.

According to USA Today, “Don’t look for Biden to ‘fact check’ each of Trump’s misstatements, according to the Biden campaign, but expect him to lay out his plan to address the coronavirus and rebuild the economy. Biden will also cast himself as a unifier and Trump as a divider who has lied to the American people and puts himself above the nation’s interests.

Biden is historically an uneven debater. He has a tendency to ramble on stage, often appearing flustered and on the defense when pressed by opponents. Democratic allies say it’s critical for Biden not to let Trump get him worked up.

Biden ‘has to be reassuring and plausible,’ said Jay Carney, former White House press secretary under Obama and a Biden supporter. ‘That’s something Joe Biden can do pretty effectively and has done. In this case, it certainly helps that the country knows him and they know he’s been there.

‘The key for him is to expect something unorthodox, expect a lot of insults,’ Carney said, ‘and to stay on his game and focus on the issues that actual voters care about – not names he’s being called or untruths that are being thrown out there.’”

So What Do These Prep Styles Mean For the Debate? 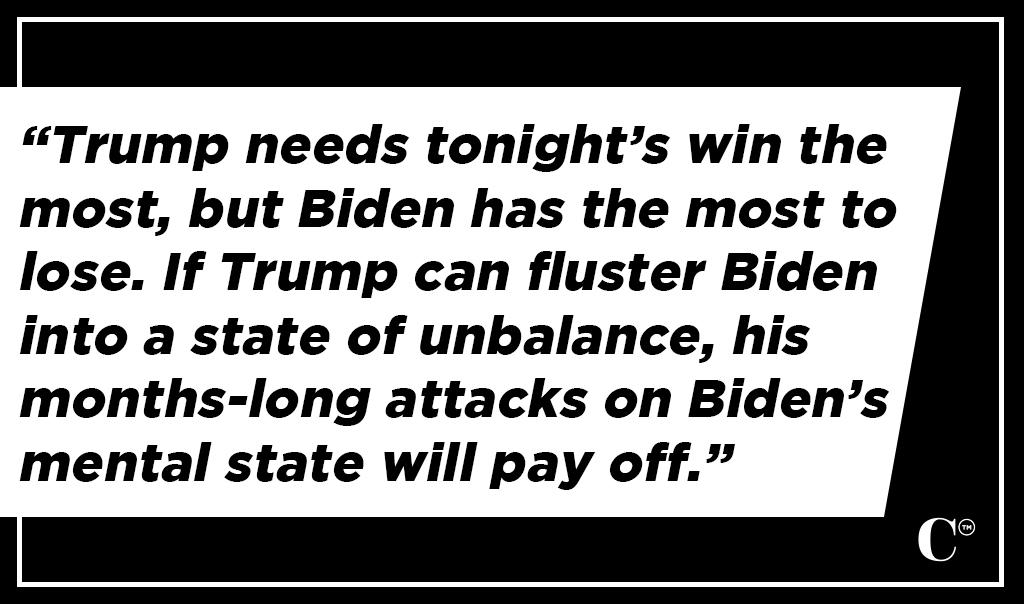 It’s anyone’s night. With two vastly different game styles being brought to the debate, either opponent could find themselves with the advantage. Trump needs tonight’s win the most, but Biden has the most to lose. If Trump can fluster Biden into a state of unbalance, his months-long attacks on Biden’s mental state will pay off. Voters may see him as mentally unfit. If, however, Biden shows up and can calmly present his case as Trump launches his attack-dog style, Biden will have the advantage as Trump’s personal attacks appear to be sour grapes in the face of a former vice president who is cool and prepared.

At this point, either man could come away from tonight with a bump in the polls. Debates don’t usually change a lot of minds, and 2020 has a lack of undecided voters. But voter enthusiasm counts for a lot as we enter the final 35-day push to Election Day. Which candidate will come out on top tonight and prove to his supporters that they’re making the right choice? We’ll find out in just a few hours.

Trump Wants to Ditch Ballots So He Can Stay in Power