Donald Trump’s Loyalists Say: ‘What January 6 Hearing?’ Why They’re Saying No One Cares

On Thursday, the House panel investigating the January 6 attempted insurrection will begin holding public hearings. They will begin laying 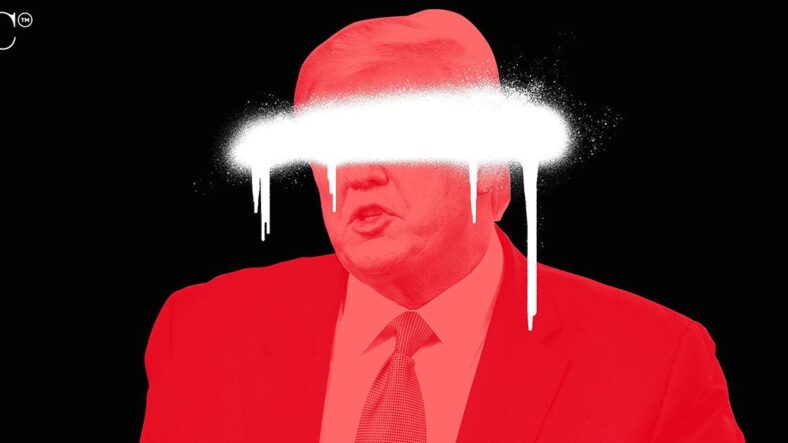 They will begin laying out the information they have on who knew what when and paint a clearer picture of the chaos that led up to the storming of the Capitol building on January 6, 2021.

But some of those closest to former President Donald Trump are trying to paint the panel hearings as inconsequential. Are they right, and if so, why don't people actually care about finding out the truth behind such a remarkable day in American history?

Almost all major news networks will be airing the hearings live, with one exception – Fox News. They recently announced that they wouldn't air the hearings live on their main channel, a move which has proven popular among Trump's biggest fans. Fox will, however, air the hearings on Fox Business, a channel with a far smaller audience.

Newsweek writes, "A number of Trump's allies rallied behind Fox News' decision to stick with its usual prime time shows Tucker Carlson Tonight and Hannity on Thursday night, arguing the public is more interested in issues such as the baby formula shortage or rising gas prices.

Lara Trump, who is married to the former president's son, Eric, described the January 6 investigation as the 'biggest scam…perpetrated on the American people since the Russia collusion hoax.'

'This is total nonsense that you're going to see on Thursday,' Lara Trump told Hannity.

'And the problem is they know it. The Democrats know people do not care about this. They're desperately trying to get people to buy into this, but the problem is people are more concerned, Sean, with the super-high gas prices.'

Liz Harrington, Trump's spokeswoman, said the House Select Committee presenting their findings on the Capitol riot in a live broadcast is proof of how 'disgustingly out of touch' Washington D.C. and the media are.

Other Trump loyalists have also been speaking up, indicating that the hearings are a chance for the Democrats to distract from rising inflation and other woes that have beset the nation since President Joe Biden took office just under a year and a half ago.

Allies to the former President will use the hearings as a chance to continue to boost Trump's maverick reputation potential, turning the hearings into another "witch hunt".

But are they right? Do people actually not care at all about the outcome of the panel's investigation?

Why They May be Right

On the one hand, they may be on to something when they say people don't care. The issues plaguing the country are urgent.

Rising inflation, scarce baby formula, and a crunch at the gas pump are all urgent issues that are causing significant harm in the lives of Americans right now.

Compared to the failed insurrection which is now fading in memory, those issues do stand out as being the more pressing. However, that doesn't mean Americans are single-faceted; they can care about more than one thing at a time, or so the House panel believes.

A POLITICO/Morning Consult survey conducted at the end of 2021 found that an overwhelming majority of Americans do in fact care about the House panel's investigation.

Around 40% of Republican voters approve of the investigation, and around 82% of Democrats. Overall, 3/5ths of the voters surveyed support the investigation panel and 2/3rds said it was important for the government to probe the January 6 events and what led up to them.

It's in these survey numbers that the real reason Trump loyalists are trying to paint the hearings as inconsequential becomes clear: around 62% of all voters surveyed regardless of political affiliation believe that those who stormed the Capitol were Trump supporters.

With the 2024 election cycle already heating up, those who want to see Trump on the ballot are desperate to keep attention off any involvement the former President may have had. They want voters to get tired of the political circus and tune it all out – even if what they share is salacious or shocking.

Just how much of America tunes in to watch remains to be seen, but while the voting adults in the country are very distracted and worried by other issues – it's unlikely they'll skip following such a momentous series of revelations.