Is Donald Trump Holding the Republican Party Back? Midterm Losses Beg the Question 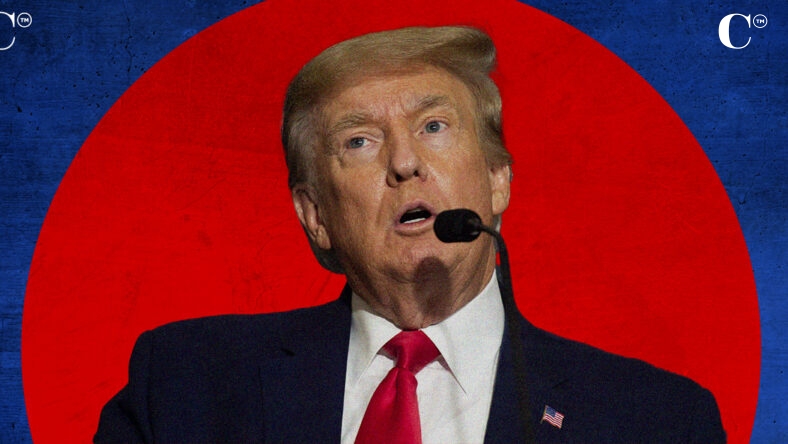 For the last 5 years or so, Donald Trump was seen as the only path to victory for Republican politicians.

They assumed that in order to win an election, they needed his rabid supporter base and the enthusiasm he drums up among disenfranchised swing voters.

But now, political strategists are looking at a lackluster Republican performance in the midterms and asking the question: was Trump a dead weight rather than a boost? Donald Trump Midterms endorsements performed poorly, leading many to rethink everything they thought they knew about the former President’s popularity.

I have seen enough…

Regardless of the final numbers, given economic conditions, Biden’s unpopularity, out of control Wokeness, COVID insanity, & basic historical norms for a midterm election, 2022 is the most underperforming cycle for the GOP in my lifetime.

Months ago, it was revealed that Democratic strategists were urging Democrat voters to switch their party to Republican ahead of primaries.

They urged them to vote for extremist Republican candidates, figuring it gave Democrats a better chance in the November midterms.

It just so happens that those extremist candidates were also the ones being endorsed by former POTUS Donald Trump.

So as primary after primary swung in favor of the people he was endorsing, it looked like Trump was unstoppable – but of course, there was more going on behind the scenes.

Once it came time for voters to take to the polls in the midterms, some of Trump’s candidates did well.

But not most of them. Reports suggest Trump is livid and “screaming” at people due to Republicans’ poor performance last night.

It would seem that the Democrat strategy to back extremist candidates bore fruit, and Trump’s endorsements were lackluster.

Strategists are now starting to question Trump’s power over the party: was it all an illusion, driven by Democrats intentionally picking extremist Republicans in primaries?

It’s a bad day to be Donald Trump, even if he’s pretending otherwise. And a great day to be Florida Governor Ron DeSantis.

And it was no mistake. During his tenure as Governor, DeSantis redistricted Florida to lean favorably in the direction of Republicans, and it worked.

They won a lot of races they historically should not have in the once-purple Florida.

DeSantis’s decisive win was not only a good show of his likeability (versus Trump’s growing unlikability), but it was a sign of what he can accomplish as a steady and methodical politician who pays attention to the minutiae of running a state, something Trump did not excel at during his time as President.

Why Are People Calling Republican Performance ‘Lackluster’ If they Are In Striking Distance of Taking Control of Congress? Losses in Donald Trump Midterms Endorsements Raise Questions

Many people are confused as to why media is reporting last night’s election as a disappointment for Republicans and a major win for Democrats.

After all, Republicans are within striking distance of taking control of both the House and Senate. Many races are too close to call, and majority control of the Senate may once again hinge on a run-off between two Georgia hopefuls.

But, without context, it looks like a decent night for Republicans.

It should have looked a lot better.

There is a subset of voters who will always vote for midterm candidates who belong to the opposite party of the incumbent. That is to say that for whoever is in the White House, their party usually loses big in the midterms.

It’s a historic habit of voters, a way to show their displeasure with an administration and “balance” the government without placing too much control in the hands of one party over the other.

But instead of repudiating President Joe Biden and Democrats last night, voters handed them huge wins and Republicans scrambled to pick up seats they should have walked away with.

Because the win was not decisive, it borders on a loss for Republicans who now must go into 2024 knowing that voter enthusiasm is on the wane even with the ace up their sleeve of a struggling economy and record-high inflation.

And when it comes to the 2024 Presidential race, Republicans have a tougher choice than ever before.

Heading into midterms, it was somewhat assumed that Trump would win, and he would be given the candidacy in 2024 to take on a Democrat challenger.

But a lot depends on what DeSantis chooses to do. If Republican voters blame Trump for last night’s poor showing, 2024 could present DeSantis the perfect opportunity to seize a leaderless party and ride to victory as a saviour.

If, however, voters don’t blame Trump, DeSantis might benefit most from waiting until 2028 to run. That way, he doesn’t look like a traitor, and he isn’t facing Trump’s cult of personality.

Things are more complicated than ever for Republicans.

After all, it’s clear Trump is still very popular. But is he popular enough to risk isolating swing voters? It’s a question strategists will need to answer swiftly, because the FPOTUS has suggested he plans to announce his candidacy on November 15.