Former President Donald Trump makes no secret of his hatred for mainstream media. Constantly referring to media channels like CNN, 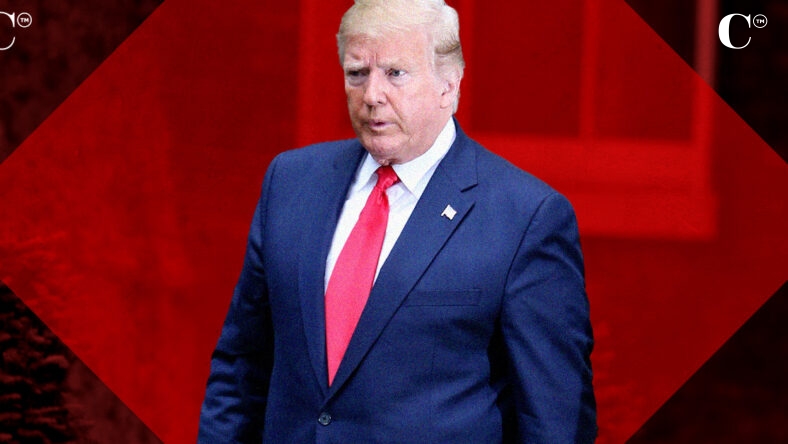 Former President Donald Trump makes no secret of his hatred for mainstream media.

Constantly referring to media channels like CNN, MSNBC and others as “fake news”, one of Trump’s favorite ways to insult them is to call them the “enemy of the people.”

He did so again yesterday in the midst of a lie-riddled post frenzy on Truth Social.

But there’s a dark history behind calling the press “fake” – and it’s a move straight out of the Nazi and Joseph Stalin playbook.

See: DONALD TRUMP ‘A MORON UNFIT FOR OFFICE’ ACCORDING TO RON DESANTIS, WHO SCARES POTUS 45 MORE THAN HE’LL ADMIT

‘Fake News’ has a Dark Past

While it just seems like a catchy Trump phrase, there’s more history behind “fake news” than most people realize. “The enemy of the people” and “lying press” go back history – to some of the world’s bloodiest times.

It first made a modern appearance during the French Revolution.

“Ennemi du peuple” (enemy of the people) was used to describe those who disagreed with the new French government during the “Reign of Terror.” Revolutionaries were executed by guillotines by the thousands for daring to speak against the government.

But it was during the World War II era when the vitriol became laser-focused on media.

In Nazi Germany, Propaganda Minister Joseph Goebbels called Jewish people, “a sworn enemy of the German people.” And Adolf Hitler himself began pushing the idea of “lügenpresse” which translates to “lying press.” If that sounds a lot like “fake news,” that’s because the concept is exactly the same.

Before the Nazi Party and Hitler took over, Germany still had democracy. Hitler was a charismatic politician promising to reclaim the soul of Germany, and blasted critics as “lügenpresse.” Hitler suggested that the media speaking out against him was trying to stop his mission to restore Germany to greatness, and that they were enemies of the people and progress.

Later in the ’50’s, Joseph Stalin also referred to critics as “enemies” of the people as he drew the Iron Curtain tight around the USSR and fought to control the flow of information into and out of Russia.

Trump may or may not have known the origins of the phrase and its dark history when he first believed he coined it, but by now he has no excuse.

On Truth Social Tuesday, Trump re-truth’d a post that read, “FAKE NEWS IS THE ENEMY!”

While no one has great love for CNN, MSNBC or Fox News, the idea that journalists (reporters of truth) are the enemy is a dark and dangerous concept that even many Republican supporters of Trump have shied away from embracing.

A Smattering of Lies on Truth Social

It wasn’t just a renewed and dangerous attack on journalism that brought Trump to Truth yesterday though.

In the midst of multiple investigations that are zeroing in on his attempt to overthrow the 2020 election, Trump is continuing to push the narrative that the election was rigged or stolen.

Here’s a look at several of the lies he pushed on Truth yesterday alone:

It’s a bold play to see Trump’s lies displayed in contrast with his claim that it’s the news who is lying, but this is a page right out of Trump’s favorite playbook. It won him an election in 2016, brought him close to victory in 2020, and he’s hoping it can clinch victories for Republicans in the 2022 midterms.

And beyond that, maybe if he runs for President in 2024 – which seems more likely with each passing day.