During the January 6 attacks on the Capitol, supporters of Donald Trump promised violence against House Speaker Nancy Pelosi. Trump 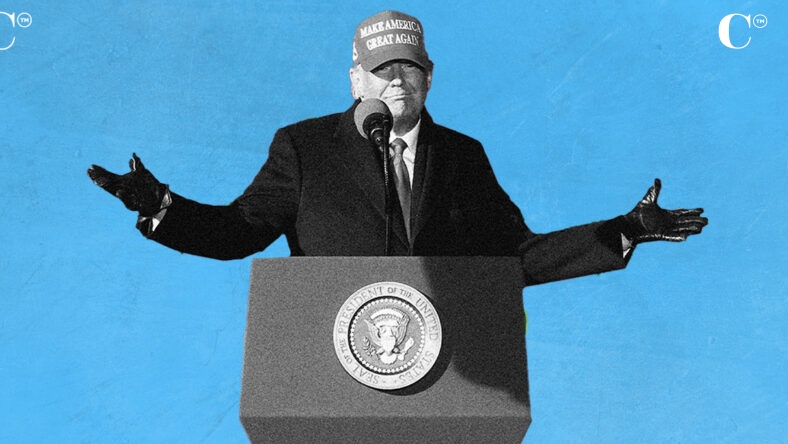 During the January 6 attacks on the Capitol, supporters of Donald Trump promised violence against House Speaker Nancy Pelosi.

In fact, he has spent the last year and a half amping up his rhetoric while trying to avoid the appearance of calling for more violence.

A violent attack on Nancy’s husband Paul was the perfect opportunity for Trump to take a stand against political violence.

But instead, he jumped in gleefully with both feet.

See: ‘IT WOULD BE THE ELECTRIC CHAIR’: DONALD TRUMP CALLS US ‘EVIL’ AND BARRELING TOWARDS ‘COMMUNISM’

When Trump supporters stormed the US Capitol on January 6, 2021, they came with violence in mind.

Aside from defecating on the Senate floor and ransacking offices, they constructed a mock gibbet and ran through the halls calling for people to find certain politicians.

The threats against Pelosi were numerous and graphic.

Luck, the skill of Congressional protectors and the lack of skill from rioters led to the best possible outcome and none of the politicians they were looking to assault were harmed.

But the violence was a direct result of the rhetoric pushed by then-President Donald Trump as he identified and painted targets on his political enemies.

In the months since then, Trump hasn’t seemed contrite. In fact, while he dialed back the rhetoric mildly for a little while, he’s now kicked it into high gear again.

And, unsurprisingly, it led to more violence.

A hammer-wielding assailant broke into the San Francisco home of Pelosi, looking for the Speaker. When all he could find was her 82-year-old husband, he launched a violent attack on Paul Pelosi instead.

It left him with a broken skull and numerous other injuries, but he is recovering.

Anyone with a conscience who could conceivably consider themselves responsible for rhetoric leading to an assault of that magnitude would watch their public comments carefully to avoid a repeat.

But not Donald Trump.

Trump, instead, has gone all in on a dangerous anti-LGBTQ conspiracy that reputable media sources are refusing to re-publish.

This week, Trump sat down for an interview with conservative radio host Chris Stigall. Trump told Stigall on Tuesday, “weird things going on in that household,” and repeated the disproven conspiracy theory that a window in the Pelosi home was “broken from the inside to the out. It wasn’t a break-in, it was a break-out.”

A new @SpeakerPelosi statement on the attack on her husband Paul

"Paul is making steady progress on what will be a long recovery process." pic.twitter.com/Skmn9GTYiz

Rolling Stone reports, “Conspiracy theories and mockery of the attack on Pelosi were heavily promoted by prominent conservative pundits, including Donald Trump Jr., Rep. Clay Higgins, and the hosts of Fox News’ Fox & Friends. The hashtag ‘PelosiGayLover’ trended after newly christened Twitter owner Elon Musk posted a link to an article from the Santa Monica Observer, a notorious right-wing rag known for peddling false information, claiming the attacker was actually Pelosi’s same-sex lover. There’s nothing to substantiate the claim, but that has not stopped Trump from privately inquiring in the past few days about the viral gay-lover conspiracy theory, the source tells Rolling Stone.

Trump’s assertion that the broken glass at the Pelosi’s home indicates someone was trying to ‘break out’ is easily debunked. Fans of crime dramas may be shocked to learn that forensic glass analysis is a little more complex than ‘glass inside’ or ‘glass outside.’ According to an affidavit released by San Francisco investigators, the glass on the Pelosis’ home was apparently laminated, making it more difficult to shatter. Alleged attacker David DePape told investigators that breaking through the door was a ‘difficult task that required the use of a hammer,’ as the glass was designed to not easily break.”

The violent rhetoric is nothing new of course, but it stands in stark contrast to the reality that an elderly person was just assaulted in his home because politicians are riling up their followers.

Trump continues to push violence and anger on Truth Social, and his followers are gleefully jumping aboard.