It’s been a few huge days for Donald Trump. Elon Musk welcomed him back to Twitter, and Attorney General Merrick 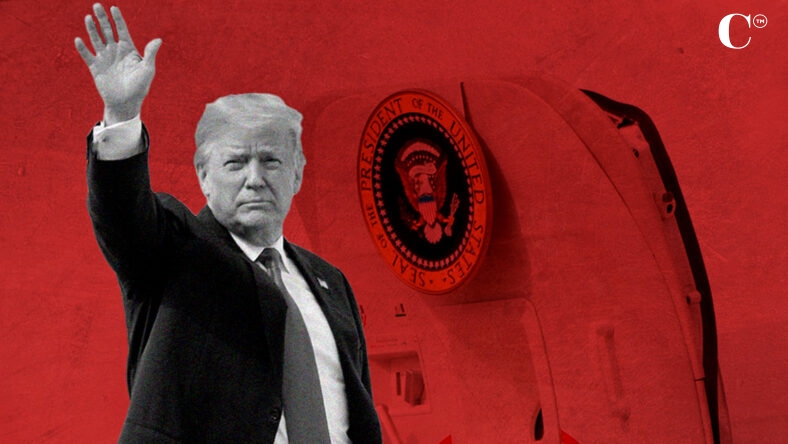 It’s been a few huge days for Donald Trump. Elon Musk welcomed him back to Twitter, and Attorney General Merrick Garland appointed a special counsel to oversee investigations into the now-presidential candidate.

But instead of reassuring Trump that the investigations by the Department of Justice are being overseen as impartial, the appointment sent him into a rage.

And his nearly-incoherent response to the news shows just how worried he is about the investigations slowly wrapping up in multiple arenas.

See: DONALD TRUMP TRIES TO INTIMIDATE REPUBLICANS INTO ENDORSING HIM, BUT IT’S NOT WORKING

If Donald Trump’s Talking Points about Special Counsel Sound Weird, It’s Because They Are

On Friday, US AG Merrick Garland announced that he was appointing a special counsel to oversee investigations into presidential candidate and twice-impeached former POTUS Donald Trump.

The counsel he chose is a man named Jack Smith, a former chief prosecutor for the special court in The Hague, where he investigated war crimes in Kosovo. Smith has a reputation for being impartial and methodical, and is by all accounts a reasonable choice for all involved parties.

Unless, of course, you’re Trump.

Trump responded by going on Fox News to air his grievances and – unbeknownst to him – obvious fears.

Rachel Maddow broke down the FPOTUS’s most bizarre statements, and here’s a quick roundup of what he said and why they’re strange:

It’s proof that the former President is feeling cornered and threatened by the ongoing investigations.

Many speculated that Trump hoped announcing his candidacy would stop investigations to avoid any appearance of political bias.

But Trump seems to be forgetting that the 2024 presidential race is 2 years away, and he can’t play the “election is close” card for that long.

In the stunning reversal that few saw coming, it looks as though former VP Mike Pence and Donald Trump might be playing nice for the foreseeable future.

He cited, “vox populi, vox dei,” which loosely means that the voice of the people represents the voice of god.

The poll narrowly ended in Trump’s favor, so Musk reinstate the account over the weekend.

The people have spoken.

Trump will be reinstated.

Trump himself has said he won’t return to Twitter, because he’s got Truth Social which he says is much better.

As all of this was occurring, Mike Pence finally closed the door on the idea that he might testify before the January 6 House committee.

Pence says it would set a “terrible precedent” to force a VP to testify against his former runningmate, and added that Congress has “no right” to his testimony.

Incidentally, one tweet was missing from Trump’s account as of early this week: a tweet slamming Mike Pence on January 6, 2021. The tweet read, “Mike Pence didn’t have the courage to do what should have been done to protect our Country and our Constitution, giving States a chance to certify a corrected set of facts, not the fraudulent or inaccurate ones which they were asked to previously certify.”

While it could simply be a coincidence that Trump deleted what could be the most damning tweet from his account as investigations begin to wrap up on several alleged crimes, it’s more likely that it’s some behind-the-scenes wheeling and dealing.

Pence has a vested interest in taking the MAGA target off his back.

And Trump can’t look like a sour grapes loser who can’t even get along with his former VP.

The 2024 election cycle is in full swing already.