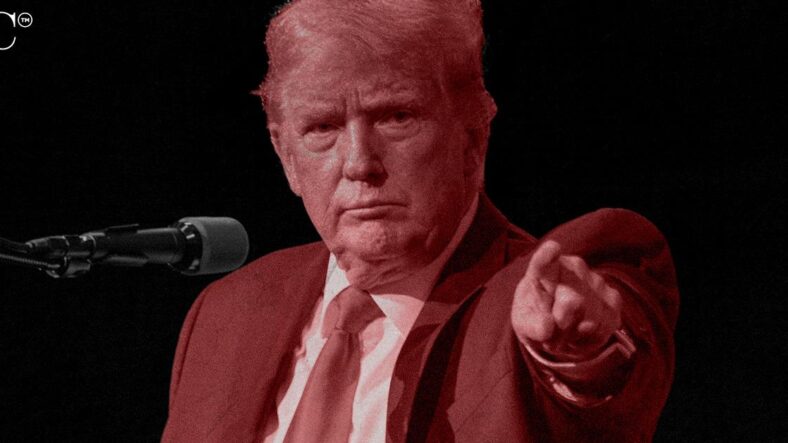 Former President Donald Trump opted to hunker down in his Florida residence at Mar-a-Lago as monster Hurricane Ian bore down on the Florida peninsula.

Like most thing with Donald Trump, there's more to the story than a "stand your ground" mentality about his home. But since the Hurricane made its initial approach to southwest Florida yesterday afternoon, Trump has gone silent – a sign that has his followers worried as news of the storm's devastation reveals the extent of its strength.

See: 'Nothing Can Stop What is Coming': Donald Trump's Truth Social Rampage Promises 'Ammo' and 'Punishment' for Traitors

Some were shocked to find out that Donald Trump opted to wait out Hurricane Ian in his Southeast Florida home, but there was a reason behind his decision.

As Hurricane Ian made landfall in Cayo Costa Florida at around 4PM on September 28, it brought with it catastrophic storm surge and 150MPH winds, making it a strong Category 4 hurricane on the Saffir-Simpson scale.

It slowed to an 8MPH crawl after making landfall, continuing it's devastating trek north and eastward across the Florida peninsula, lashing cities like Fort Myers, Naples, Punta Gorda, Orlando and more with feet of rain, a dozen feet of storm surge on the coast an inland waterways, and wind that leveled trees, signs, and tore roofs from homes.

As the dawn broke this morning, it was revealed that well over 2 million Floridians are without power and hundreds are feared dead as water rescues begin to get under way in some of the hardest hit areas where Ian first made landfall. Complicating these rescues is the fact that the storm is still over the peninsula, now a Tropical Storm, and still bringing torrential rains and much lower but still significant winds to almost the entire state of Florida.

But as the storm made its trek and dragged the worst of the weather across Mar-a-Lago, Trump went silent on social media – a truly unusual circumstance for the former POTUS who almost never misses a chance to comment on a current situation. As of 11AM EST (the time zone for Mar-a-Lago), the former President has remained silent.

Followers are worried about what the silence could mean, but it may just be that power and cell service is out in the area. It's an ominous silence nonetheless for those who follow his words the closest.

Donald Trump is riding out Hurricane Ian at Mar-a-Lago.

Why? Because he had a lawsuit deposition scheduled for Friday (and didn’t move it somewhere more agreeable for opposing counsel)

But Trump's choice to stay in Mar-a-Lago had nothing to do with a fondness for his Florida home, or his desire to seem brave in the face of Mother Nature's wrath.

Trump was supposed to sit for a deposition over a fraud case. Newsweek reports, "Filings in District Court for the Southern District of New York said the former president is staying at his home in Palm Beach to avoid answering questions from lawyers about a 2018 lawsuit that accuses Trump of using his reality TV show The Celebrity Apprentice and other businesses to promote a fraudulent multi-level marketing company to investors.

In a letter to Judge Sarah Cave, John Quinn, one of the lawyers representing the plaintiffs suing Trump, said the deadline for Trump to be questioned under oath as part of the case was Friday, September 30."

Of course, if you're in the center of a hurricane, you're unlikely to be able to meet that deposition deadline.

It could be telling that Trump was so desperate to avoid the deposition that he was willing to place himself in harm's way. Or it could simply be that he's so exhausted from the constant legal battles that he saw an opportunity to catch his breath.

Either way, dodging a deposition using a hurricane is a bold move – and one that only bought him a little time. He will still need to sit for the deposition by October 31.