‘Shame on Them!’: Donald Trump Snarls at Supreme Court After They Clear the Way for the House to See Trump’s Taxes

Donald Trump thinks that the FBI and Department of Justice are rigged and corrupt. Now, he also apparently thinks that 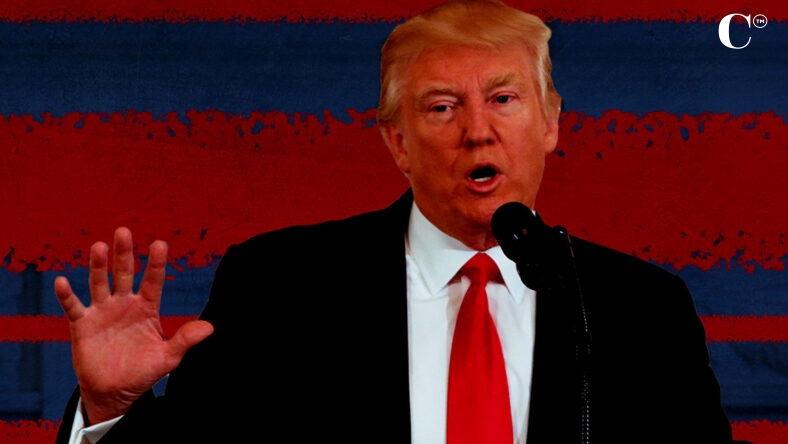 It’s just another day of Trump complaining that everyone is working against him, even his own hand-picked Justices.

The newest round of Trump rage came as the SCOTUS cleared the way for the House Ways and Means committee to get a peek at the former President’s taxes.

Taxes which the FPOTUS has held close to the chest for years.

It was a tough week for Trump in the Supreme Court, and in 3 other courts.

CNBC reports, “Trump’s rant against the conservative-dominated court came a day after the 2024 Republican presidential hopeful learned of the court’s move, and saw ominous signs at three other courts where he faces troublesome cases.

Those other cases include two criminal investigations of Trump and a civil lawsuit that threatens his New York City-based company. That firm, the Trump Organization, separately is on criminal trial in Manhattan for an alleged tax-avoidance scheme. Trump has denied any wrongdoing in all of the cases.”

Trump took to Truth Social in a fury last night to write, “Why would anybody be surprised that the Supreme Court has ruled against me, they always do! It is unprecedented to be handing over Tax Returns, & it creates terrible precedent for future Presidents. Has Joe Biden paid taxes on all of the money he made illegally from Hunter & beyond. The Supreme Court has lost its honor, prestige, and standing, & has become nothing more than a political body, with our Country paying the price.”

He added, “They refused to even look at the Election Hoax of 2020. Shame on them!”

But the former President was apparently not done airing his grievances and added earlier today, “The Supreme Court of the United States has the lowest Approval Rating in its long and storied history. No wonder – There are leaks and they can’t find the leaker (which is easy to do!), they are petrified of the Radical Left Maniacs (Democrats) who are destroying our Country, are unwilling to make bold, courageous, and proper decisions on Rigged and Stolen Elections, and are always wanting to be Politically Correct instead of doing what is BEST for the USA. We need Strength & Wisdom, NOW!”

It’s not the first time Trump has taken a shot at the SCOTUS he crafted, but it’s another sign that the former President feels beset from all sides and is starting to feel like he has no allies left.

Now, the House committee will have a look at his taxes and that’s exactly what Trump has worked so hard to prevent for years.

But it’s hard to say whether or not they’ll take any action between now and when Republicans take over the House in January.

What will the Taxes of Donald Trump Even Show?

The question is: is there anything of interest even on Trump’s taxes, or is he hiding them as a matter of principle?
The former POTUS wants people to believe it’s the latter.

But one key witness in an ongoing trial may suggest that it’s the former.

ABC News reports, “Donald Trump reported nearly $1 billion in operating losses over a two-year period about a decade ago, an accountant testified at the criminal trial of the Trump Organization, spilling into public tax information that the former president has tried repeatedly to keep private.

The accountant, Donald Bender, a partner at Mazars USA, the firm that prepared tax returns for Trump and his company, testified Tuesday that Trump reported losses each year for 10 years from 2009 to 2018.

‘There are losses for all these years,’ Bender said.”

“Do you recall in 2010 Donald Trump had losses of almost $200 million on his personal tax returns?” Hoffinger asked Bender.

Bender was given an opportunity to examine the records, then replied, “I believe so.”

“Do you recall in 2009, Donald Trump had, his personal tax returns had losses around $700 million?” Hoffinger continued.

It could be a sign that what the former President is hiding is a history of financial woes and embarassing business failures.
It’s what Trump critics have suggested for years, but have been unable to prove due to Trump’s secretive nature with his taxes.

Trump has said that keeping his taxes private is a matter of principle and precedent, suggesting that it would be a dark path to force a President to release their taxes.

But the argument falls flat, since presidential candidates regularly release their taxes to show that they aren’t beholden to any foreign interests.

Trump, of course, was the sole exception in recent years.