‘I Have no Jury or Civil Rights’: Donald Trump Blasts ‘Communist Takeover’ on Truth Social 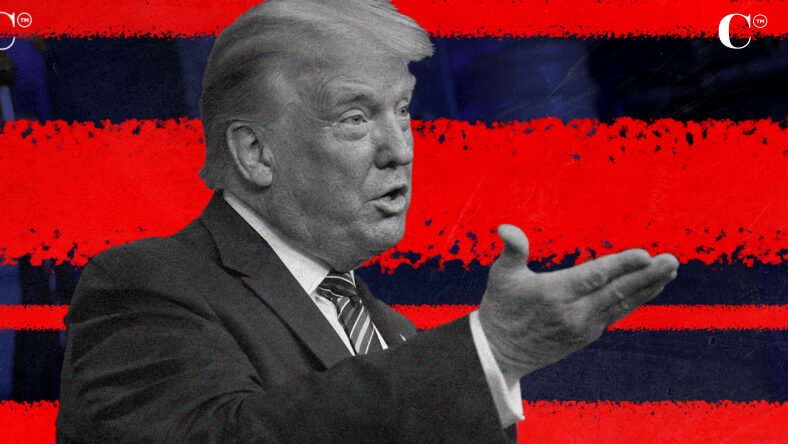 Former President Donald Trump has taken to Truth Social in fury to blast “three” investigations bearing down on him ahead of Midterms.

As the former POTUS faces a barrage of investigations from all across the United States, the midterm elections are inching closer – and Trump claims that they are violating long-standing tradition to paint a legal target on his back.

See: WILL DONALD TRUMP TESTIFY? HIS LEGAL TEAM HAS THE JANUARY 6 SUBPOENA IN HAND

As usual, Trump took to his favorite social media platform, Truth Social, to blast his feelings for his followers.

Early Friday, he wrote, “In breaking with a long standing and powerful tradition where cases involving politicos are not to be brought or tried just prior to, or during, a major Election (the Midterms), I have THREE, all run and inspired by Democrats, who absolutely refused to move the date. They demand it be now. So much for tradition and unwritten rules and laws!!!”

The tradition he refers to is that the Department of Justice usually avoids publicly opening cases against political candidates in the final few weeks before an election to avoid accusations of bias. Of course, Trump isn’t actually on the ballot this year.

Trump said this morning, “The only person who may be worse than weak on violent crime A.G. Letitia ‘Peekaboo’ James, is the Judge we have on her ridiculous & highly partisan case against me & my family. His name is Arthur Engoron, & he is a vicious, biased, and mean ‘rubber stamp’ for the Communist takeover of the great & prosperous American company that I have built over a long period of years.”

He added, “He was appointed by my worst enemies. Case was to go to a new Judge, but he demands to keep it. I have no jury or Civil Rights!”

While Trump taking aim at his enemies online is nothing new, recently he’s begun to show the strain of multiple investigations and lawsuits, especially as the Department of Justice’s investigation into his handling of classified documents kicks into high gears.

But there’s another mystery swirling around Trump right now that many people would love an answer to.

the bird is freed

Now that Elon Musk officially owns Twitter, will Trump be welcomed back?
In the past, the billionaire tech mogul has blasted Twitter for permanently banning Trump in the wake of the January 6 riots.

He’s talked about restoring Trump to Twitter, and one of his first moves as owner of the company was to fire four high-ranking executives, two of whom were involved in Trump’s perma-ban.

But his first letter to advertisers as owner did not mention reinstating Trump, and it promised a safe and equitable environment – not necessarily conducive to Trump’s return.

In addition, Trump himself has made a big deal about not wanting to return to Twitter.

If you listen to the former POTUS, Trump believes Truth Social is far better and Twitter is a has-been he wouldn’t return to if you paid him.

Today, he left a bit of a mixed message on Truth. First, he praised his social media platform, then he essentially told Twitter what they’d need to do to convince him to return. Then he went back to praising Truth again.

Trump wrote, “TRUTH SOCIAL has become somewhat of a phenomena. Last week it had bigger numbers than all other platforms, including TikTok, Twitter, Facebook, and the rest. It also looks and works better to my eye. I am very happy that Twitter is now in sane hands, and will no longer be run by Radical Left Lunatics and Maniacs that truly hate our country. Twitter must now work hard to rid itself of all of the bots and fake accounts that have hurt it so badly. It will be much smaller, but better. I LOVE TRUTH!”

So it’s unclear if he would accept an invitation to return. He’s said he’s uninterested recently, but that’s not necessarily going to be the final answer.