‘I Want My Documents Back!’ Donald Trump Lashes Out on Truth Social by Throwing Republicans Under the Bus

“I want my documents back!” says former POTUS Donald Trump as he lashes out on Truth Social over the investigation into his handling of classified documents. 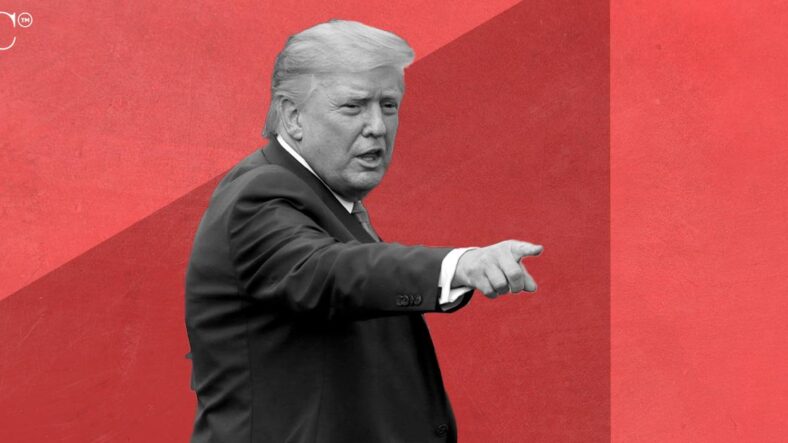 This week, former President Donald Trump asked the Supreme Court to intervene in the investigation by the Department of Justice into his handling of classified documents.

While the SCOTUS hasn't responded yet, it's clear that Trump is feeling frustrated, lashing out on Truth Social and even throwing his Republican predecessors under the bus.

Trump Lashes Out at Republican Presidents Over Documents Case

When Trump feels cornered, he'll take down anyone in his path. This is clear today after he targeted not just his enemies, but his erstwhile friends. 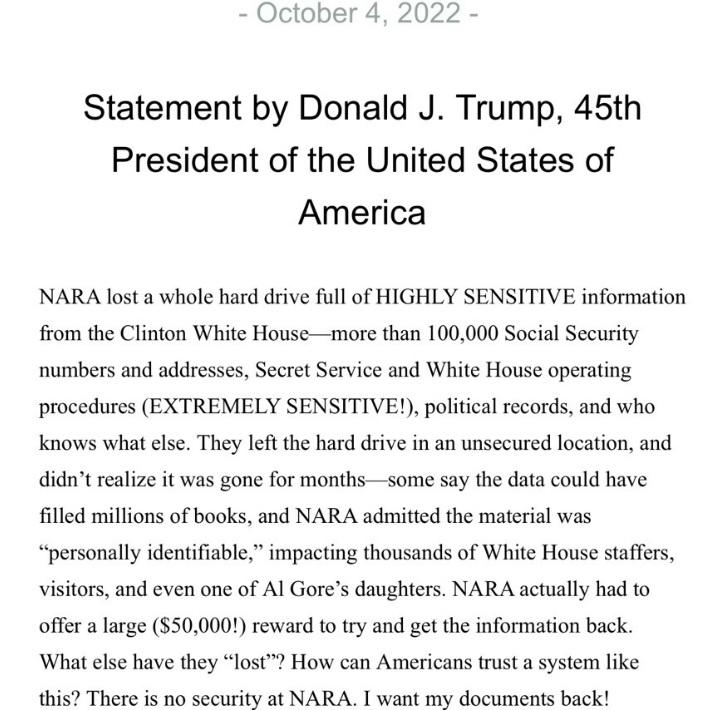 Trump posted two statements yesterday as the former POTUS, one railing against the National Archives and Records Administration (NARA), calling them out for losing documents in the past. He wrote, "There is no security at NARA. I want my documents back!"

Which documents Trump believes are his as opposed to those which belong to the government (and by default the American people) is unclear, but some of what he stored at Mar-a-Lago he believes to be his personal property. 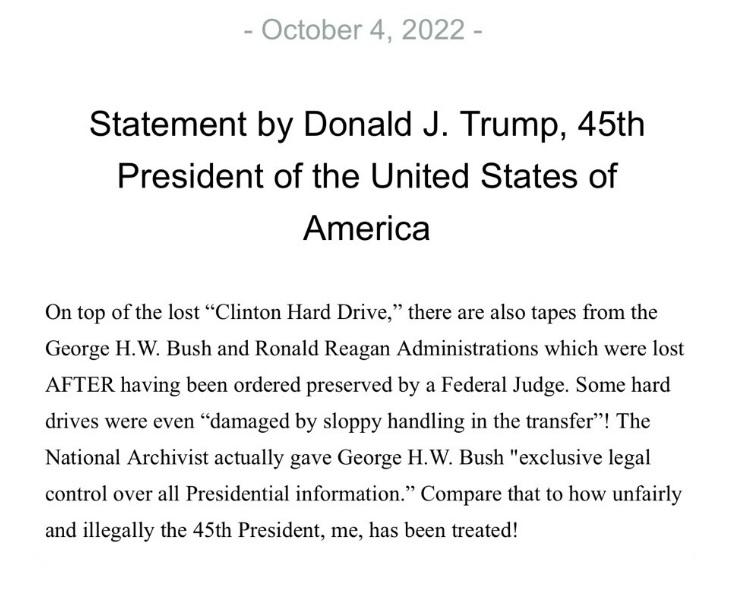 Later, Trump threw former Presidents George H.W. Bush and Ronald Reagan under the bus for records lost in the wake of their administrations, a surprising move considering they're both Republicans. And they're both considered conservative darlings.

But Trump feels as though he has been unfairly targeted, blasting NARA for losing documents and files in the past while focusing on what he claims he never improperly stored at his residence in Mar-a-Lago.

Trump also wrote a less formal Truth post; "So much FAKE talk about the Government’s Document Hoax Case against me, and the Unwarranted, Unnecessary, and possibly Illegal Raid on Mar-a-Lago, a clear violation of the Fourth Amendment. There were no leaks until the documents were given, and now the FBI seems unable, according to reports, to count what they have, a mess. This is not a criminal case, and wasn’t for Obama, Bill Clinton, Bush I, Bush II, or even for Crooked’s deleting 33,000 Emails AFTER getting a Subpoena. Read 'Socks Case.'"

This comes as Trump awaits the SCOTUS's decision on taking on the battle over the Mar-a-Lago documents, sues CNN, and faces backlash from a book released yesterday by New York Times journalist Maggie Haberman.

January 6 Hearings Are Back: Here’s What to Expect

Of course, there's more going on than that. The January 6 hearings are resuming next week, and now we know when: October 13.

The next hearing is expected to be the last and should wrap up the House panel's case against Trump and the Capitol rioters.

No live testimony is expected from witnesses, as the panel will likely solely play videotaped testimony.

Whether or not there will be additional hearings scheduled later is unclear – but the panel is working against the clock as at least two of their members won't return to Congress after January 1.